With our go-to guide, you’ll have no trouble tracking down the golden coves, juicy seafood, rich wines and landmarks that make this rural region in Portugal tick.

Sandwiched between city break hotspot Lisbon and the family-magnet Algarve, the Alentejo is a thick, diverse wedge of central Portugal where you can mix and match sun-drenched beaches with picturesque hill towns and fertile vineyards. This is Portugal off the beaten track: where intrepid drivers can pootle to ancient ruins and Atlantic-view fish restaurants, resting at whitewashed guesthouses and sweet rental cottages in between sampling the local vintages, juicy seafood platters and rich, custardy desserts.

It has its own distinctive cuisine 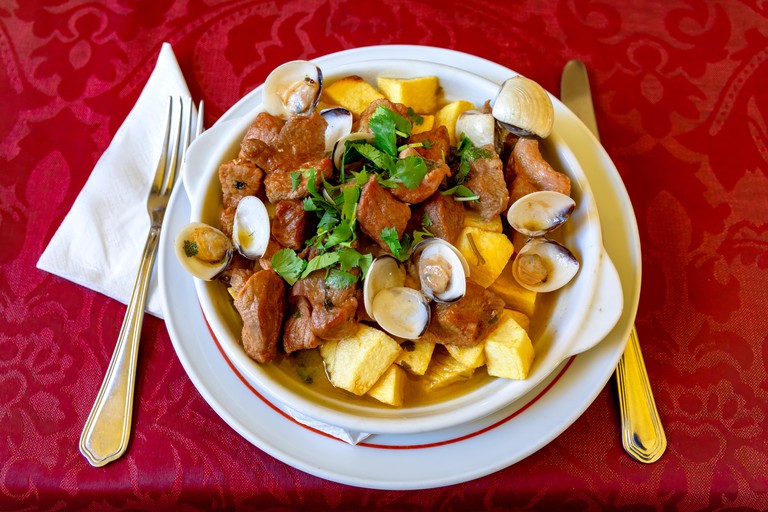 If you’ve already visited Lisbon and Porto, don’t expect more of the same lunchtime fare. Alentejo has its own farming culture, fishing tradition and unique local flavours. Channelling pastoral flavours such as pork, sheep’s cheese, wild mushrooms and garden herbs, standout dishes of the region include carne de porco à alentejana – a peppery pork stew with clams and vinho verde – as well as arroz di cabidela (chicken or game cooked with vinegar and rice in its own blood) and sericaia, a thick custard pudding topped with cinnamon.

You can dig into Neolithic and Roman history in historic Évora

Put on your Indiana Jones hat to day-trip to the hundreds of prehistoric monuments, ancient stone circles and Neolithic tombs that pepper this region’s inland portion. Alentejo’s historic centre is Évora, a cluster of russet roofs and whitewashed facades interspersed by ancient wonders such as the 3rd-century Roman Temple to Diana, with its pristine Corinthian columns. Don’t miss the free-to-visit, extraordinarily preserved Roman baths, or the mysterious, mossy stone circle, Cromeleque dos Almendres, just west of the city. 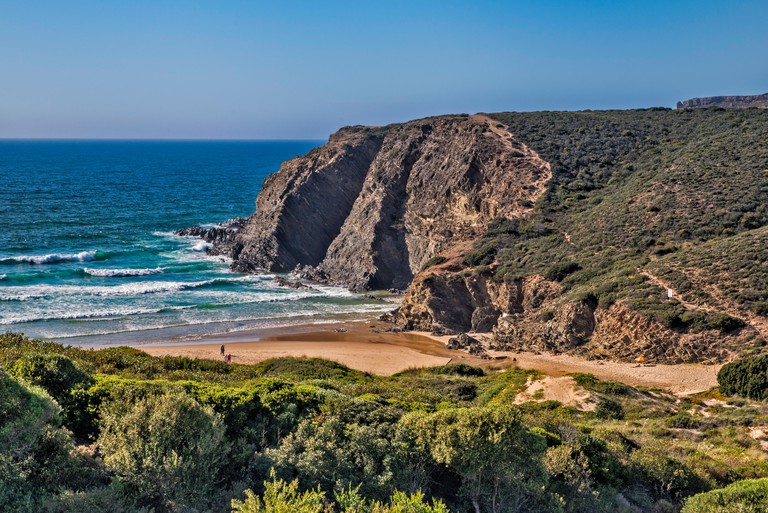 An hour and a half’s drive south of Lisbon, the fine blonde sands of Praia do Carvalhal are framed by unspoiled cliffs and backed by pillowy dunes. This beach is in Comporta, the gateway to Alentejo’s fabulous coastline, which is pocked with coves that are at turns glamorous, wild and surfy. Plan your route to stop off at the clean, unspoiled Praia de Melides, where a ruffle of pure gold sand meets bird-rich wetlands, or the Costa Vicentina, a protected sliver of coast trailing down towards the Algarve that features the glassy-watered Praia de Odeceixe. 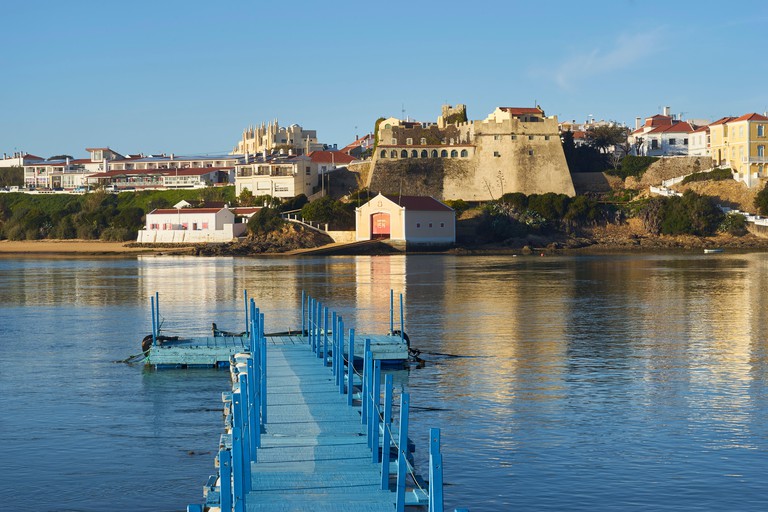 This popular beach town is best visited outside of high summer, when weekending locals join tourists to swell its tiny population. They come for the pretty cobbled squares, sun-bleached white houses and chic fish restaurants, stopping off at the ivy-clad Forte de São Clemente and the town’s wide scoop of crushed-biscuit beach. This area has some of the region’s prettiest boutique hotels, so it’s a great bet for an overnighter. If you’re lucky you’ll catch a baila, a folksy town celebration involving wine, sangria, grilled sardines and dancing in the streets.

In the arid, sunbaked interior of the region, old wheatfields have given way to rows and rows of vines, forming a verdant patchwork across eight winemaking sub-regions. Alentejan whites tend to be fresh and aromatic with hints of tropical fruit (look out for those made from the popular Antão Vaz grape). Their ruby-red siblings are full-bodied, smooth and easy to drink. Stop off at architectural masterpieces such as the vast, shed-like Herdade do Cebolal, or the smooth swirl of Herdade do Freixo. Or tick off historic bodegas such as Adega do Mouchão, where the grapes are still crushed by foot.

Moorish architecture and an astonishing aqueduct await in Elvas 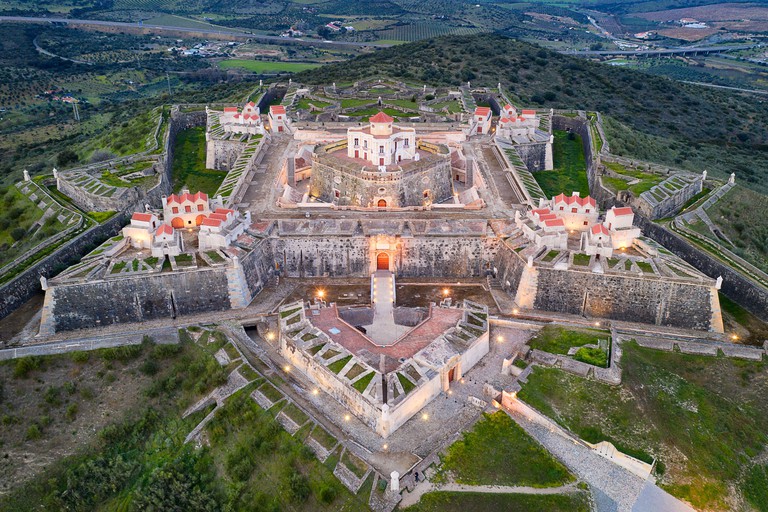 In Europe’s biggest fortified town, close to the Spanish border, a swirl of cobbled alleys, icing-white churches and mustard-painted facades come wrapped up in 17th-century city walls. Head to geometric-patterned Praça da República square to see the Cathedral, with its vaulted, Moorish-influenced ceiling. Or, detour to the star-shaped Forte de Nossa Senhora da Graça, a military fort which echoes with centuries of battle stories. The 16th-century Amoreira Aqueduct is just as worthy of your time. Its perfectly sculpted, four-tier arches frame the roads just southwest of town.

This sprawling region was made for leisurely road trips

Foodies will be delighted to hear that there’s a coastal drive so tasty, it’s simply known as the Fish Route. Skimming south from Comporta, through Porto das Barcas and ending up on the Costa Vicentina, it ticks off swish fish restaurants around Setúbal, low-key crab patties in fishing port Sines, plump langoustines and clams in rustic-chic Vila Nova de Milfontes, and destination restaurant O Sacas, where you’re served lemon-drizzled catch of the day at the end of a jetty. The locals have also mapped out easy-going routes around the area’s best wineries, most ravishing beaches and prettiest small towns.

You can potter around beautifully preserved medieval towns 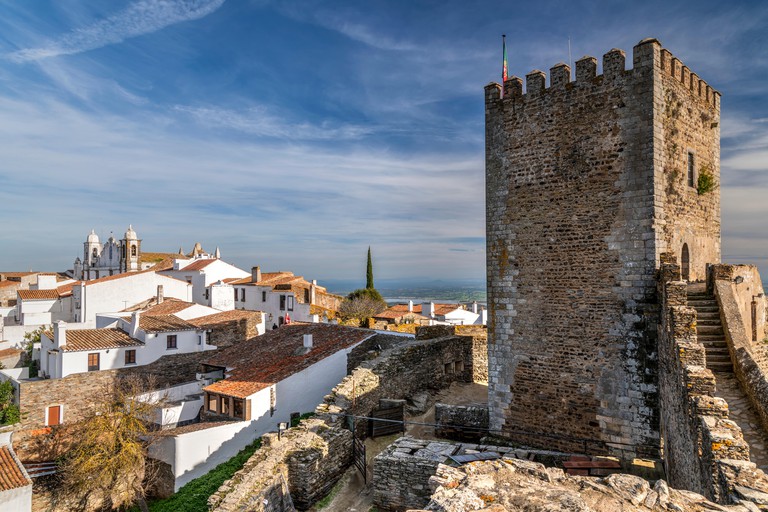 It’s tempting to stick to the golden light and hefty waves of the coast here, but you’d be missing a trick if you didn’t zip inland to at least one of Alentejo’s time-trapped, medieval villages. If you’re heading in as far as Elvas or Évora, it’s worth driving the extra hour to Monsaraz, a cascade of terracotta rooftops down a hillside that’s been inhabited since prehistoric times. Further south is Mértola, a riverside port with layers of Islamic-Moorish history and a maze of pastel-painted streets; even earthier and less tourist-trodden is Castelo de Vide, further north and almost level with Lisbon, with laundry fluttering beneath balconies and cats curled up beside pots of geraniums.

The Best Things to Do in Lagos, Portugal