1. It’s like getting to board a medieval time machine

Take walking down the winding streets of Esslingen, for example. Your feet start to ache as they grasp the perfectly-placed cobblestones that line the ground. The wind is perfectly at your back as you meander through the maze of 800-year-old half-timbered houses until you stumble upon the town square, where there’s a lingering scent of strawberries and onions hanging in the air.

Turns out, the wind is perfectly at your back because the streets were designed to carry the stench of medieval life far, far away. The cobblestones that hurt your feet were state-of-the-art technology hundreds of years ago. In the wooden braces of the half-timbered houses, you can see notes of fire and vestiges of plaster, standing strong. Locals are called onions because of the famous onion market, and it’s hard to tell if you’re in then or now. With as little as that, the past melts into the present day; it blurs the lines between reality and vacation, making this more than just a small town in Germany.

2. Your panoramic shot includes not one but two castles, a sea, and two countries

Meersburg is a photographic opportunity. Its’ beauty is rivaled by many small towns in Germany sitting along Fachwerkstrasse, or Framework Road. As you explore these small villages in Germany, you’ll be snapping photos of castles, alleyways, quaint cafés, and, of course, the inevitable boot of German beer. Pair it with some white asparagus to maintain your aura of sophistication.

3. It gets you far, far from the cliche tourist traps

Where online tour guides leave off, the adventure begins. If you look up Bietigheim-Bissingen, you’ll learn there are an old gate and a town hall, a few famous people, and that it’s accessible by train. Everything you might expect from a small town in Germany.

What you won’t learn by relying on online guides is that it’s a town for abstract art lovers. Curious cows and colorful famous faces line streets and apartment buildings. You won’t learn that you can experience red currant pie or one of the biggest music festivals in the area. It’s hard to understand the concept of stone rich or dive head-first into the paintings of the Hornmoldhaus. You won’t see the vineyards or be part of the hustle and bustle of the wine harvesting season.

But maybe that’s what makes it one of the best small towns in Germany. Don’t tell the internet – it’s better off a secret.

As you cross the double gate into Pfullendorf, your feet cross onto stony, storied streets. Your ears follow the whistle of the wind flowing through open alleyways and over town walls. It’s a crystal ball where robbers, peasants, and nobles roam about the rolling hills of the town, enjoying man’s first taste of lager (Kronehaus), and enjoying life in a Free Imperial City. 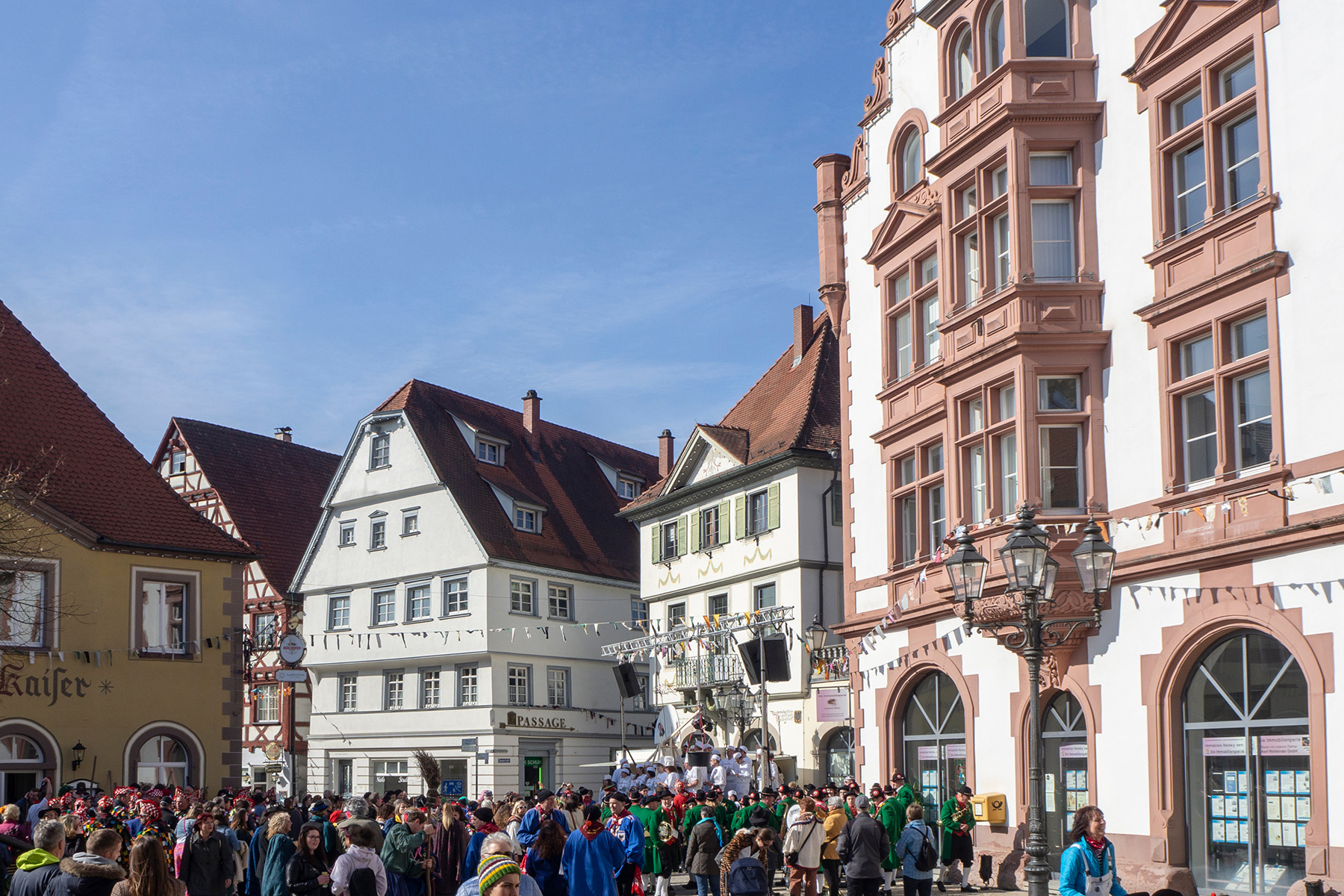 Imagining life in a small town in Germany isn’t so hard when you step into the 13th-century houses and wander the dozens of staircases that can be found throughout this town, allowing you to meander outside of old storehouses, former hospitals, and homes of the Hapsburg elite until you dart into the dungeon at Felsenkeller for dinner and a cocktail.

The smell of roasted ham encased in fresh sourdough is savory enough to awaken a dragon from its slumber; your appetite is no different.

Going off the beaten path often means saving a little money, but it also can mean splurging on unique experiences. Biberach is a prime example of life on the hedonistic side: between the locals all walking around with ice cream in hand (probably from Cafe Kolesch) and the last natural tannery on Earth, you’ll have your tastebuds sated and your skin covered in the finest leather that exists in the world today. Just make sure you save a bundle of euro for dinner at Goldener Rebstock. If you accidentally ring the bell at your table there, that means you’re buying rounds for your entire party, and that often means friends at nearby tables.

Though you won’t find lines forming outside of noisy beer halls in small towns in Germany, you’ll find that hours slip away before you’ve gotten your fill. When you wake up in Blaubeuren at the Hotel Ochsen, it’s a delight to take your time with an in-house cappuccino and pastry of your liking, before setting off for the day. Roam the cobbled streets of this small town until you run into the mill set in front of the Blautopf; it’s a pristine blue limestone pool that serves as a meeting point for lovers and a natural mirror on a clear day.

Once you get your fill of mythical mermaids, wander over to the nearby abbey for a taste of the 11th century. Nearly everything is intact, from the altar to the bathhouses. When you’re done checking out the Gothic and Baroque architecture, a few more blocks will lead you to the Museum of Prehistory, which is holding onto the Venus from Hohle Fels, the oldest statuette of a female made by humankind.

There’s no shortage of things to do before you end your night sniffing vats of stewing liqueurs and tasting sweet and tangy schnapps at Brennerei Rossle.

All these things to do and not one line waited in.

7. Nobody you know has seen it

You know countless people who have danced until dawn in Berlin. But how many people do you know that have circled the Blautopf? Had a wine tasting along the Bodensee? Stepped into a mixture of dirt and codfish oil? Wandered 16th-century painted houses? Tasted Mautaschen like it was meant to be? Are toured ancient cellars full of sparkling wine? And plenty more in the numerous small towns in Germany.

Yeah. That’s what I thought.

A vacation that’s too exotic often ends up stressful. The language barrier means you’re stuck eating something gray and vaguely meat-Esque, your hands are constantly checking your back pockets, and you spend half of your itinerary jet-lagged. When you get home, you need a week to recuperate. 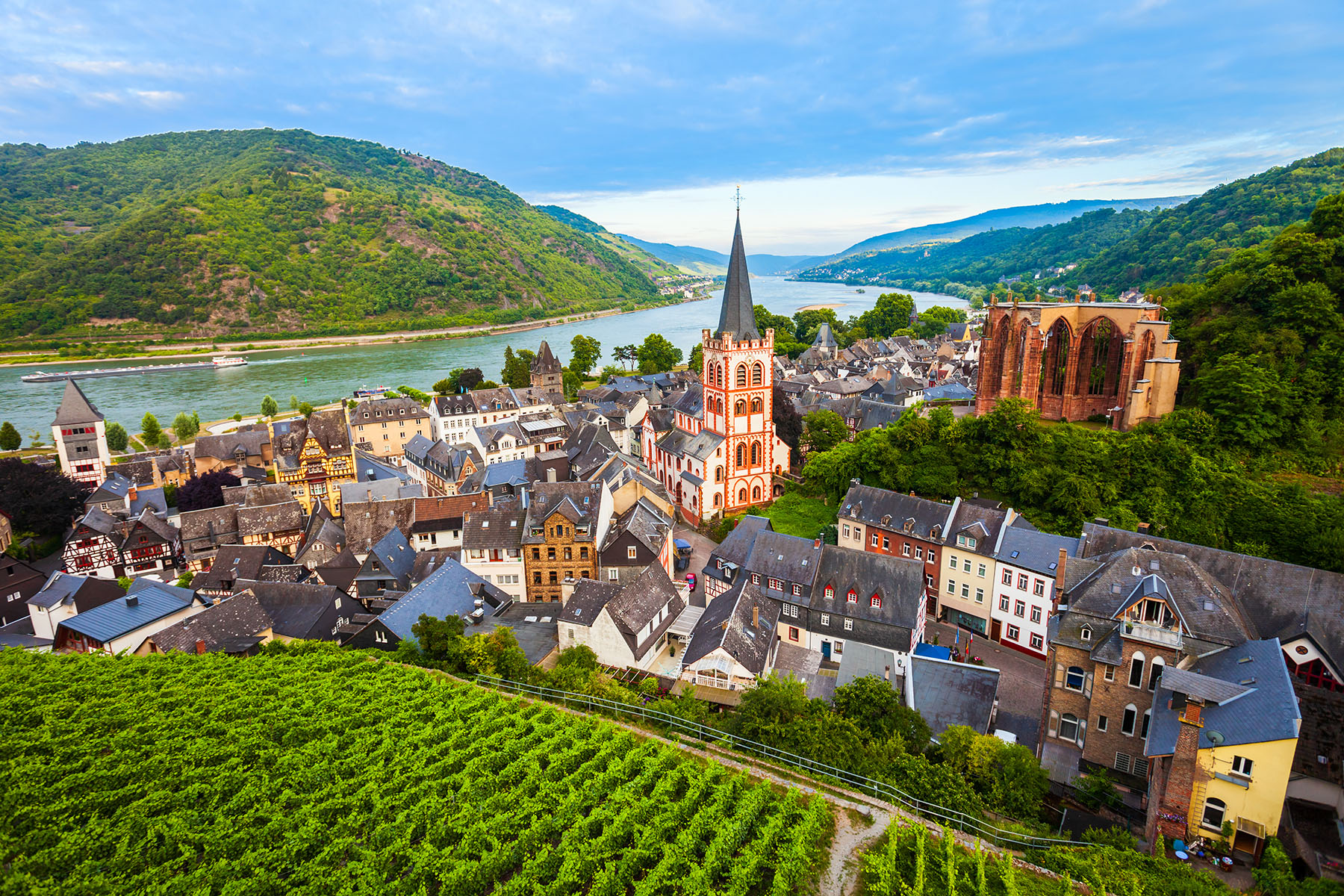 The village of Bacharach

But small towns in Germany? You don’t need to stay at a five-star spa to feel the stress pouring out of your muscles; one leisurely breakfast at the Hotel Lowen spent gazing on the town square and listening to the old wood floors creak underneath your feet — between bites of fresh yogurt and homemade jams, of course — can clear any mind. Or maybe it’s a simple exchange buying flowers at the market in Schorndorf from the woman who reminds you of grandma.

Or maybe still it’s taking in the hues of the Blautopf for an entire afternoon. It’s simplistic, but the effects of small villages in German are grand.

9. These towns have real fairy tales worth exploring

Germany’s Fachwerkstrasse is a series of 98 towns that form a network to the past where royalty ruled, where families sat by fires in large, timber houses, their entire lives encompassed in the streets of one small city. Each town is the page of a storybook completing a tale of what life would’ve been like for each of us had we the privilege or curse of living hundreds of years ago.

The Most Beautiful Villages And Cities In The Rhineland, Germany