New Zealand is one of the most gorgeous countries on earth, and even with its modest size, it packs a lot of history, culture, and attractions for us to experience.

I’ve raved post after post about New Zealand, I still don’t feel like I’m done writing about it. So, I’d like to add one more fun post with quirky and fun facts about New Zealand; one of the most diverse and intensely beautiful destinations.

I’m sure some of these will surprise you because they seem almost impossible, but as you’ll see, there’s more to New Zealand than meets the eye!

There are 9 sheep per person in New Zealand, making it the highest ratio in the world.

At the time, there are just 4.8 million New Zealanders, scattered across 268,021 sq km, which means there are over 43 million sheep in New Zealand!

What’s even more incredible is that New Zealand is bigger than the UK, yet it has one-fourteenth of its human population. New Zealand broadcasted the first weather report in the Elvish language in 2012. Of course, they would, they are home to the Lord of the Rings movies! You can see it here.

With more than 400, New Zealand has more golf courses per capita than anywhere else in the world. 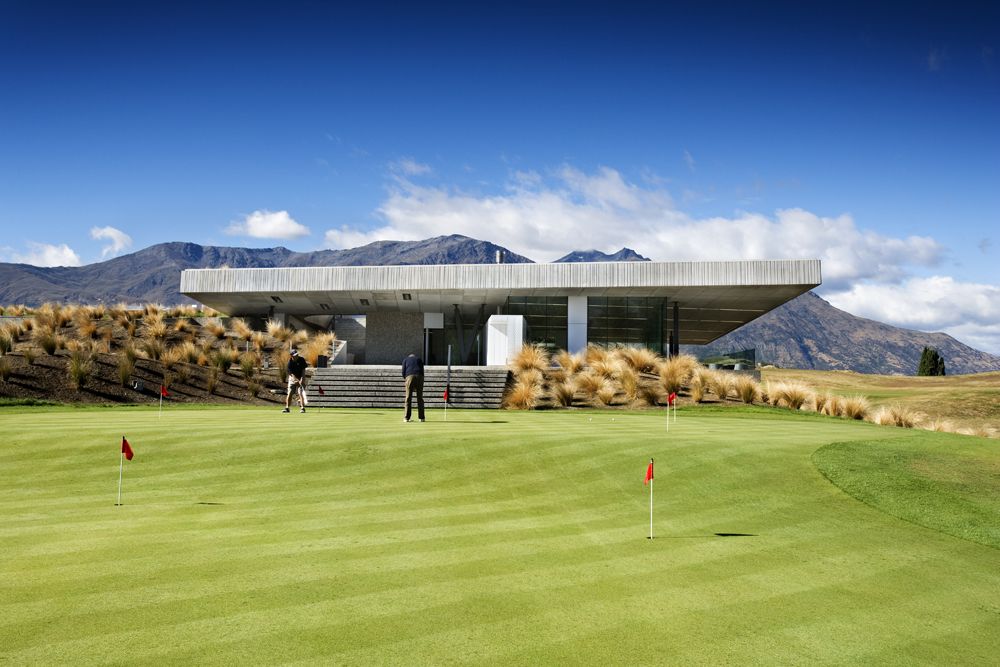 New Zealand is famous for its adrenaline adventures, especially bungee jumping! The first commercial bungee jump was made by AJ Hackett in the Kawarau Bridge in Queenstown, back in 1988.

AJ Hackett got inspired by the cultural “bungee” jumps performed in Vanuatu with just tree vines tied to their feet. 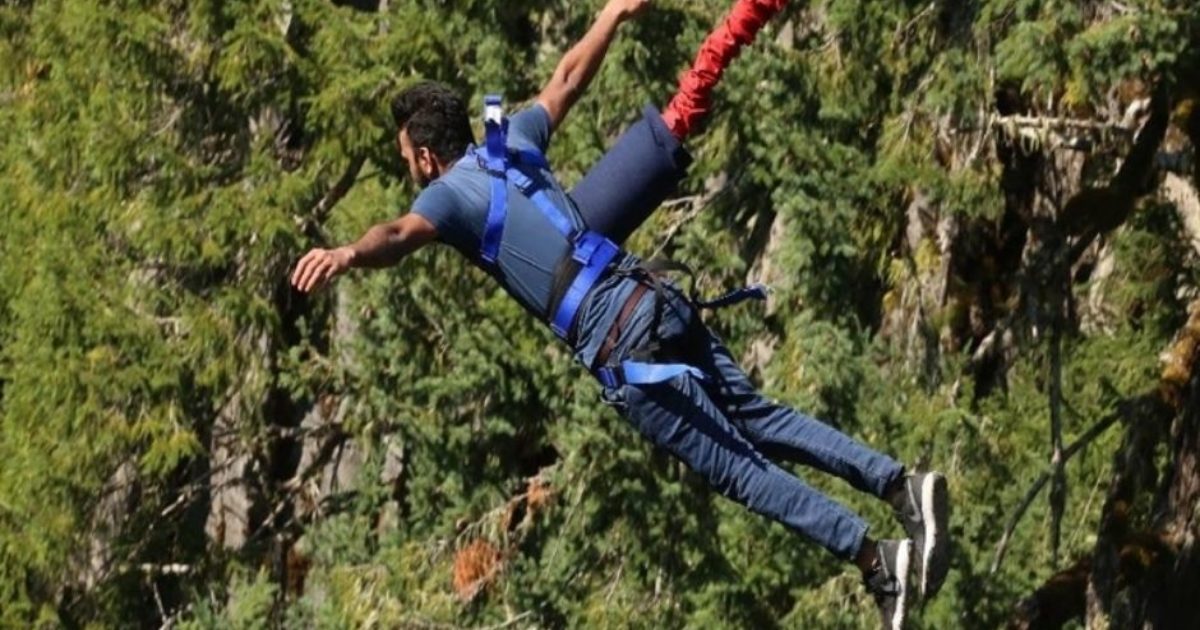 The kiwi fruit is not native to New Zealand. It’s actually from China, but it was named after the kiwi bird. 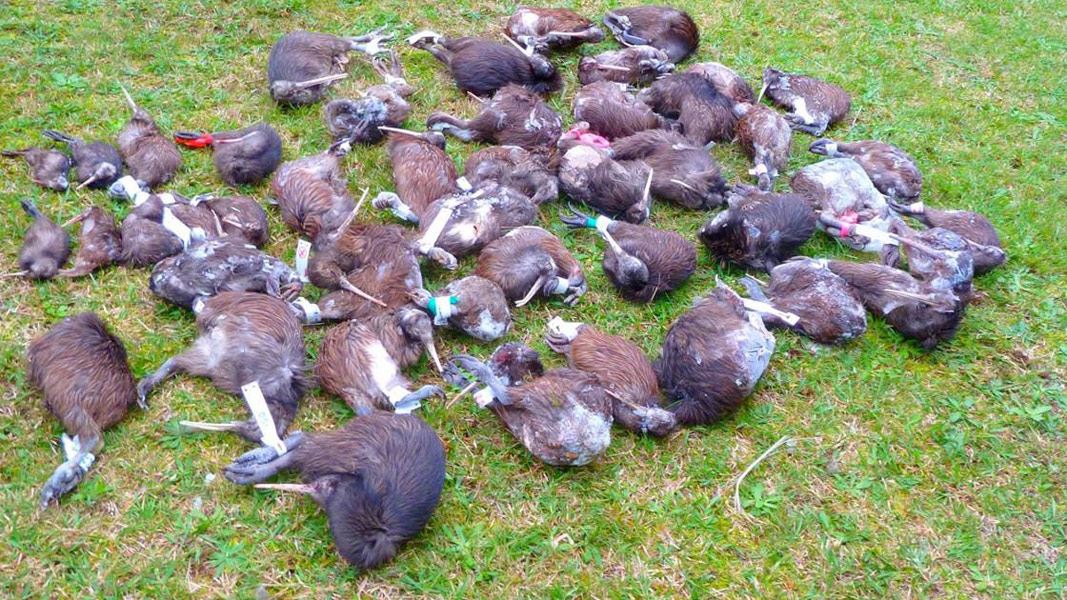 The clearest lake in the world is Nelson’s Blue Lake, with a visibility of up to 80 meters deep.

There is a law that states every high school in New Zealand may hold one pound of uranium and one pound of thorium, for conducting nuclear experiments. But, they will be fined $1,000,000 should there be a nuclear explosion.

Wellington is the southernmost capital in the world.

New Zealand became the first country to give women the right to vote in 1893.

Bats are the only native land mammals in the country. The rest were introduced by Maoris and Europeans.

One of the most interesting facts about New Zealand is that of all the population in the country, only 5% is human. The rest are animals, making it the highest animal to humans ratio in the world.

The steepest residential street in the world is called Baldwin Street and is located in Dunedin. It has a gradient of 38 degrees. 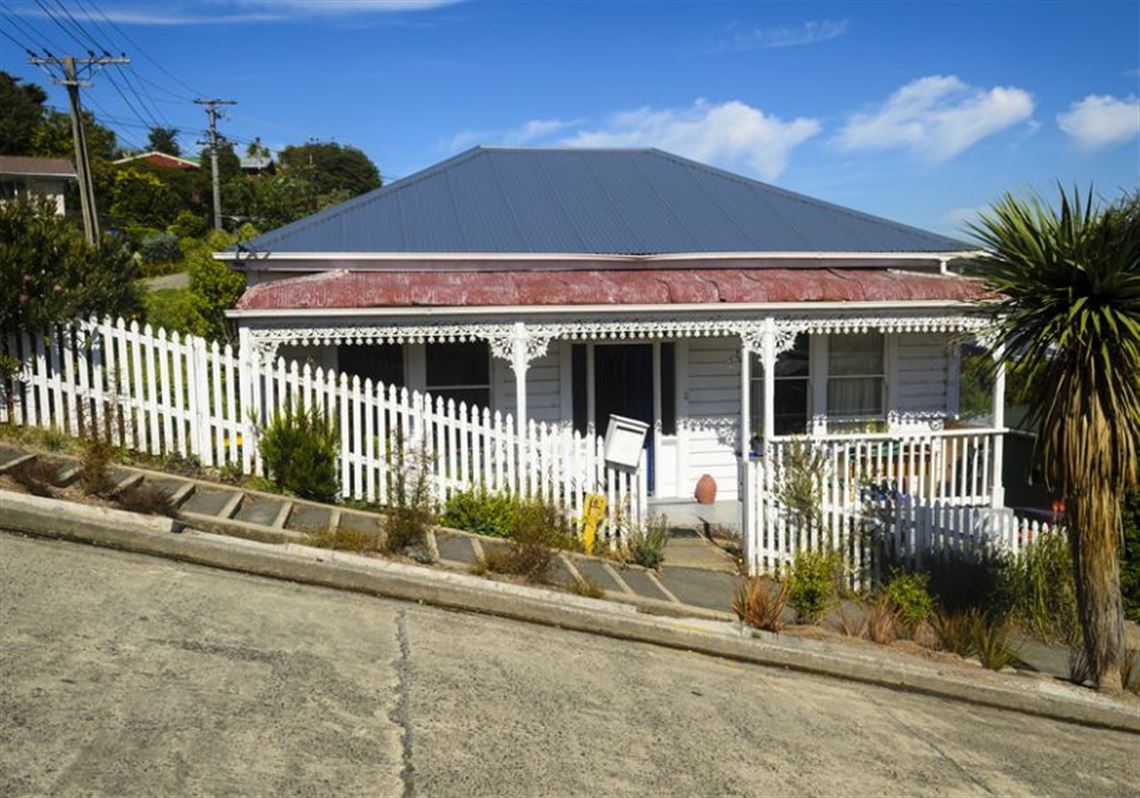 For such a small-looking country, New Zealand has the 9th longest coastline in the world, with a length of 15,134 km.

New Zealand is the 3rd closest country to Antarctica, only after Chile and Argentina.

15. Always Close Enough to the Sea

No matter where you are in New Zealand, you’ll never be more than 128 km from the seaside.

There are more Scottish piping bands per capita in New Zealand than in Scotland.

Auckland has the tallest man-made structure in the Southern Hemisphere (as of 2014). It is the Sky Tower with a height of 328m.

The Kiwi, which is a little flightless bird native to New Zealand, lays eggs that are about 20% of the mother’s body. Kiwi eggs are six times as big as normal for a bird of its size. 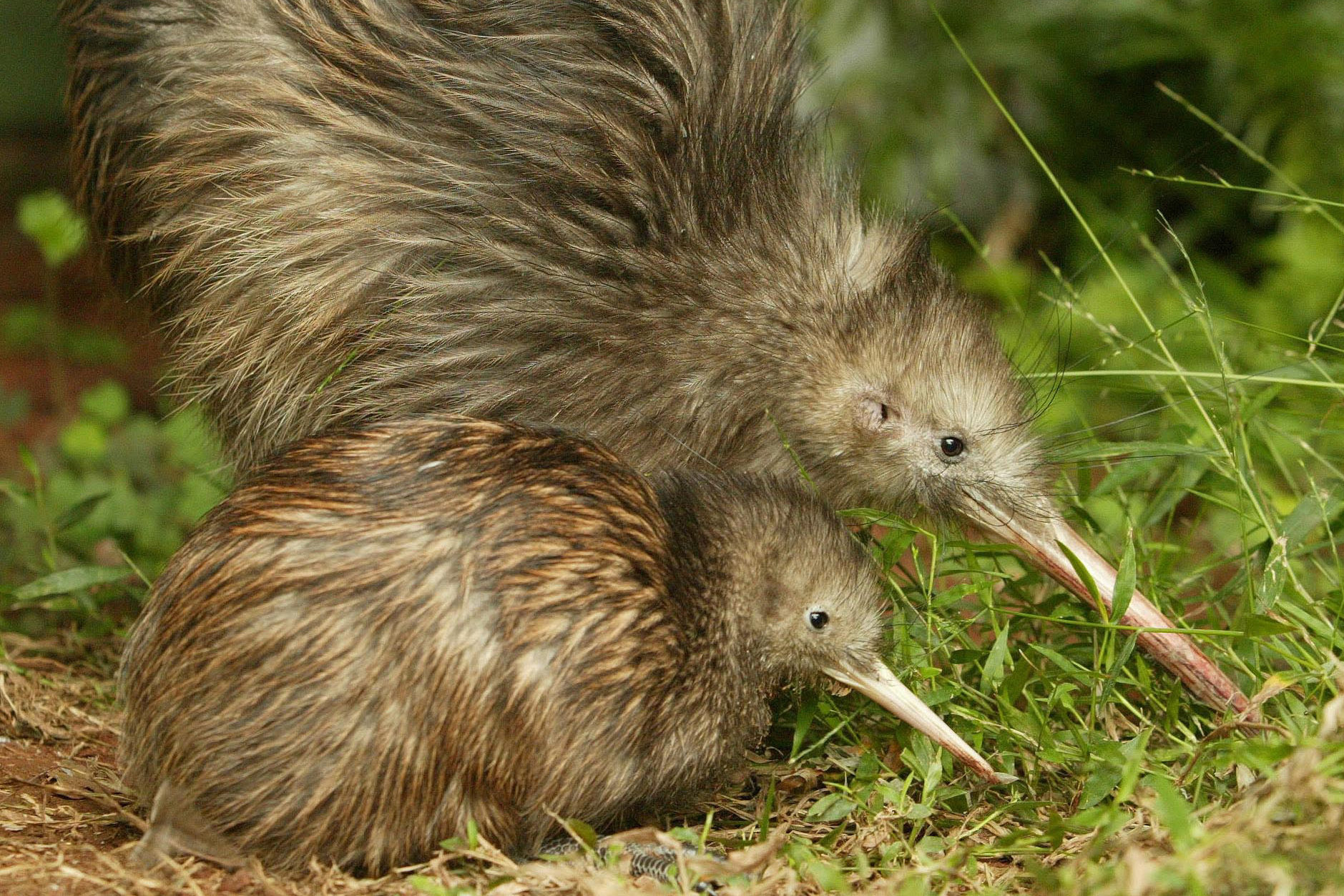 19. Auckland is Full of Volcanoes

There are 50 volcanic cones in and around Auckland. But don’t worry, most of them are extinct. The most prominent one is Mount Rangitoto, which can be seen from the harbor.

The 85 characters long Maori name for a hill in Hawke’s Bay is the longest place-name found in any English-speaking country.

It is, Taumatawhakatangihangaoauauotameteaturipukakapikimaungah-oronukupokaiwhenuakitanatahu, which roughly translates, “the place where Tamatea, the man with the big knees, who slid, climbed and swallowed mountains, known as the land-eater, played his nose flute to his loved ones”. 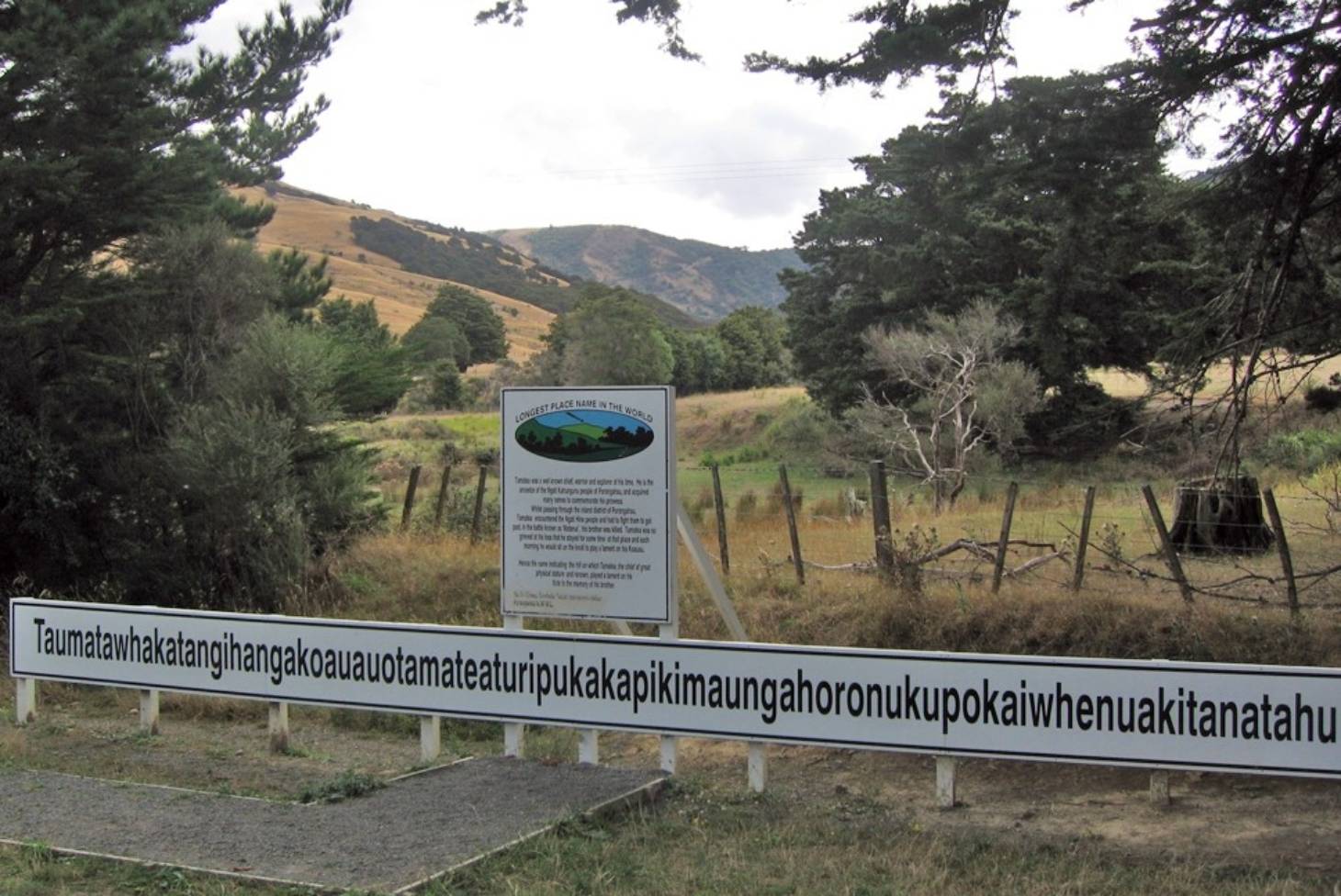 In 1990, New Zealand became the first country in the modern world to appoint an Official National Wizard.

Sign Language is one of three official languages of New Zealand. English and Maori are the other two.

The kea, a bird native to New Zealand, is known for pulling windscreen wipers off cars and eating the strips of rubber from windows. In fact, many tourists suffer damages on their car rentals thanks to this little bird.

26. Least Corrupt Nation in the World

According to the Corruptions Perception Index, New Zealand is the least corrupt nation in the world (tied with Denmark).

There are no snakes in New Zealand. None.

29. Land of the Long White Cloud

New Zealand’s name in Maori is Aotearoa, which means ‘land of the long white cloud.’

About one-third of the country is protected by national parks.

31. Lord of the Rings Minister

The filming of the Lord of the Rings movies pumped about $200,000,000 into the country’s economy. The New Zealand government even created a Minister for Lord of the Rings, to ensure the most money could be made from the films. 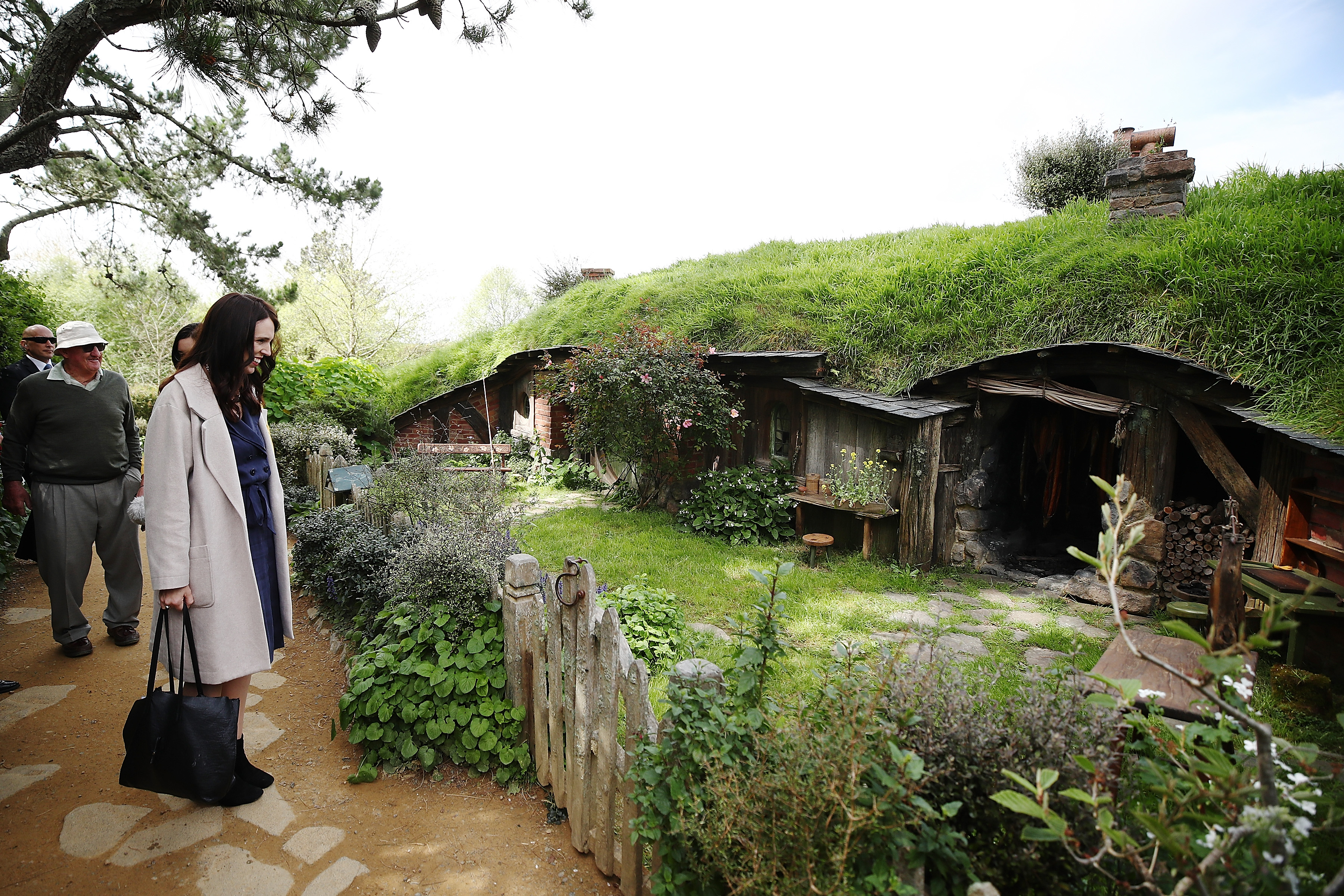 In 2006, the Queen, the Governor-General, the PM, the Speaker of the House of Representatives, and the Chief Justice were all women; making New Zealand the only country in the world (to date) where all the highest positions have been simultaneously held by women.

All but one scene of the Lord of the Rings (LOTR) films were shot in New Zealand, practically making the movies a 12-hour long infomercial for the country’s landscapes. (FYI, I share here which scene is that one)

Isn’t New Zealand so interesting and beautiful? What other facts do you know about the country? Share them here!

Lastly, if you’re looking to visit New Zealand soon, take advantage of these hotel deals in New Zealand with HotelsCombined. Also, I recommend checking out Viator’s budget-friendly tours that will show you even more of the country’s uniqueness.

7 Things To Do On The West Coast Of New Zealand

6 Warming Hot Springs Around New Zealand To Visit This Winter