These protective lionesses lashed out without hesitation when a lone male approached their precious cubs – prompting all hell to break loose among the pride as they joined the attack.

The lion was set upon by lionesses in Kenya’s Masai Mara game reserve, where the unwanted stranger was soon forced to flee.

Their rumble in the jungle took place within the Mara Triangle, which forms the western part of the reserve, bordering Tanzania. 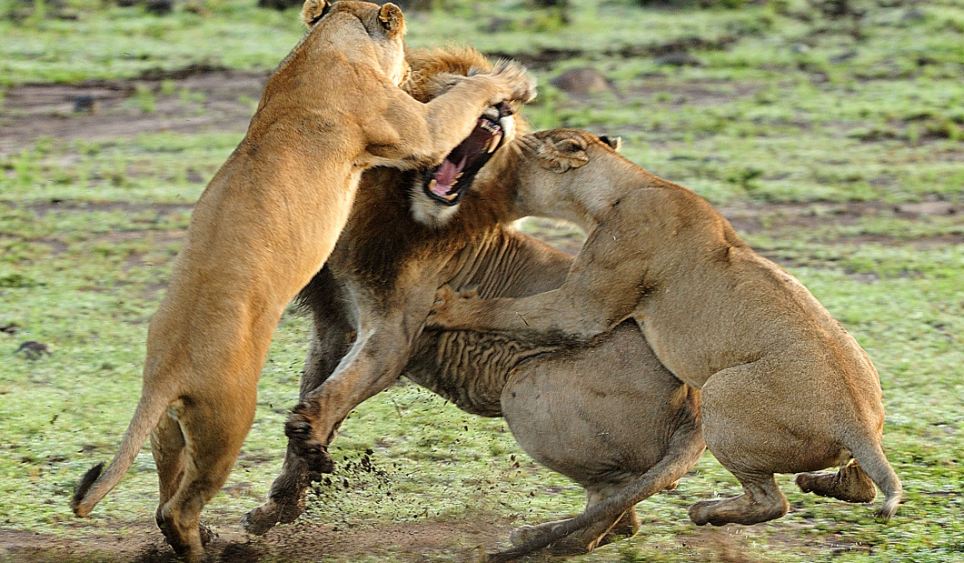 Angry lionesses: The two leap at a lion who had approached their cubs in Kenya, Africa

Teamwork: Lionesses took on the lone lion in a ferocious battle in the wilds of the Masai Mara 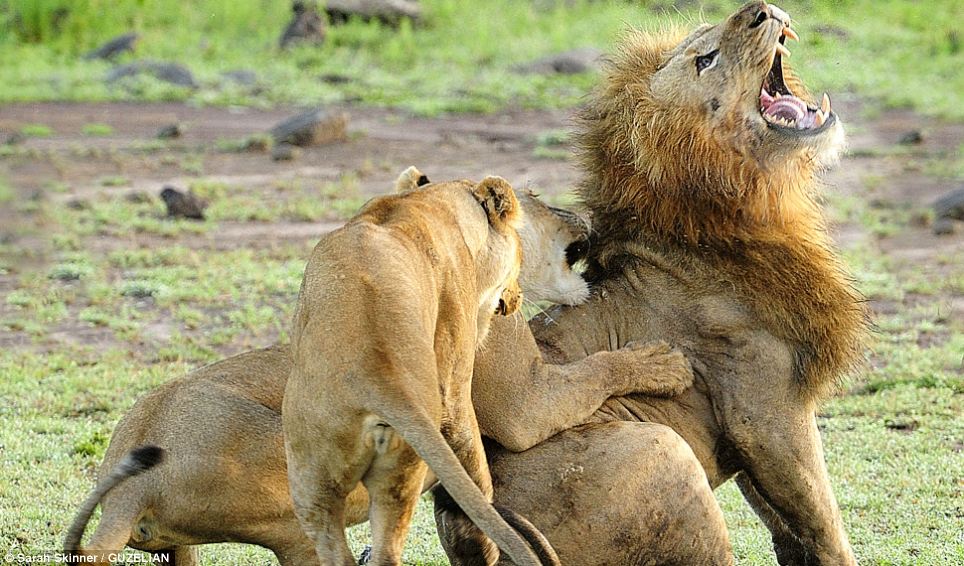 Backbiting: One of the lionesses goes to dig her teeth into the roaring lion’s back

Photographer Sarah Skinner managed to capture these images during one of her regular visits to the Masai Mara.

The region is relatively densely populated by lions, which sometimes causes tension among its population as they all fight to keep their territory safe from other pride.

Although lions are famous for hunting other animals, they occasionally fight among themselves too.

Male cubs are ousted from the pride between two to three-years-old, but female cubs may stay indefinitely.

The cubs are weaned between 7-8 months old.

The reserve stretches for 580 square miles and the terrain is primarily grassland and forest with clumps of the distinctive acacia trees.

In need of reinforcements: The lion faces three animals from the same pride attack its back

Spectacular scenes: The pride gather together to attack in solidarity, as two lions join the lionesses to circle the intruder

Standoff: Two lions and two lionesses gang up on the lone lion. The lion on the right is the oldest of the group, as distinguished by its darker mane

Going right for the eye: The lioness lands a paw on the lion’s eye as the others gather around to help. The lions are distinguished from the lionesses by their shaggy manes.

Rollover: The lion is pushed onto its back as the two lionesses defend their brood 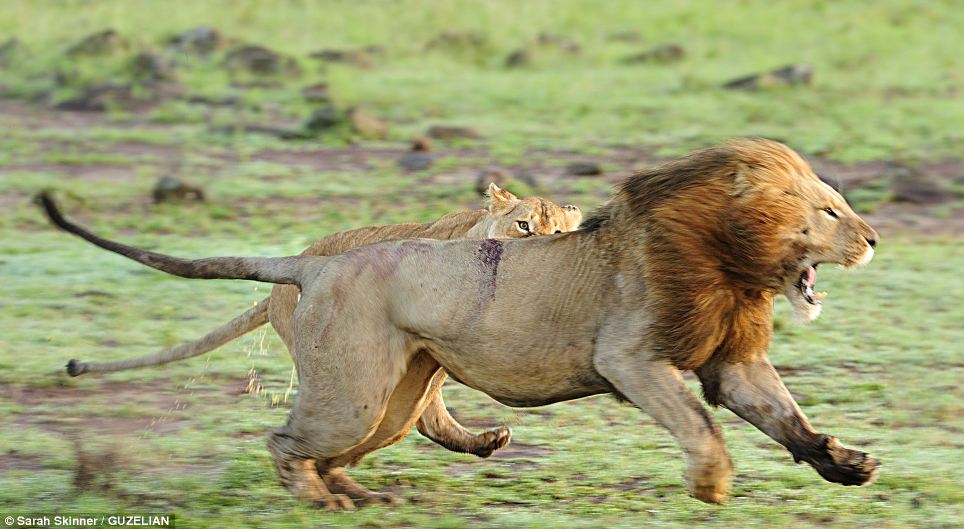 Beating a retreat: the lion runs off heavily scratched and bloodied from his brawl with the pride

Beautiful South African Names and What They Mean

Charming Small Towns in South Africa You Have to Visit