We’ve put together a list of some of the traditional festivals and celebrations which you should visit if you really want to understand Portuguese culture. Come and take a journey to the best festivals in Portugal.

We begin our adventure in the South, in Faro. The annual Festa da Pinha takes place in Estoi. Dedicated to Our Lady at the Foot of the Cross, this is also a celebration of Spring, and has important historical roots: it was around this time that the cattle drivers, who would lead the herds through the interior of the Alentejo, returned home, bringing with them regional products such as wheat and cork.

The high point is a pilgrimage dedicated to Our Lady at the Foot of the Cross, in which hundreds of people participate, travelling on horseback, carriages or tractors. 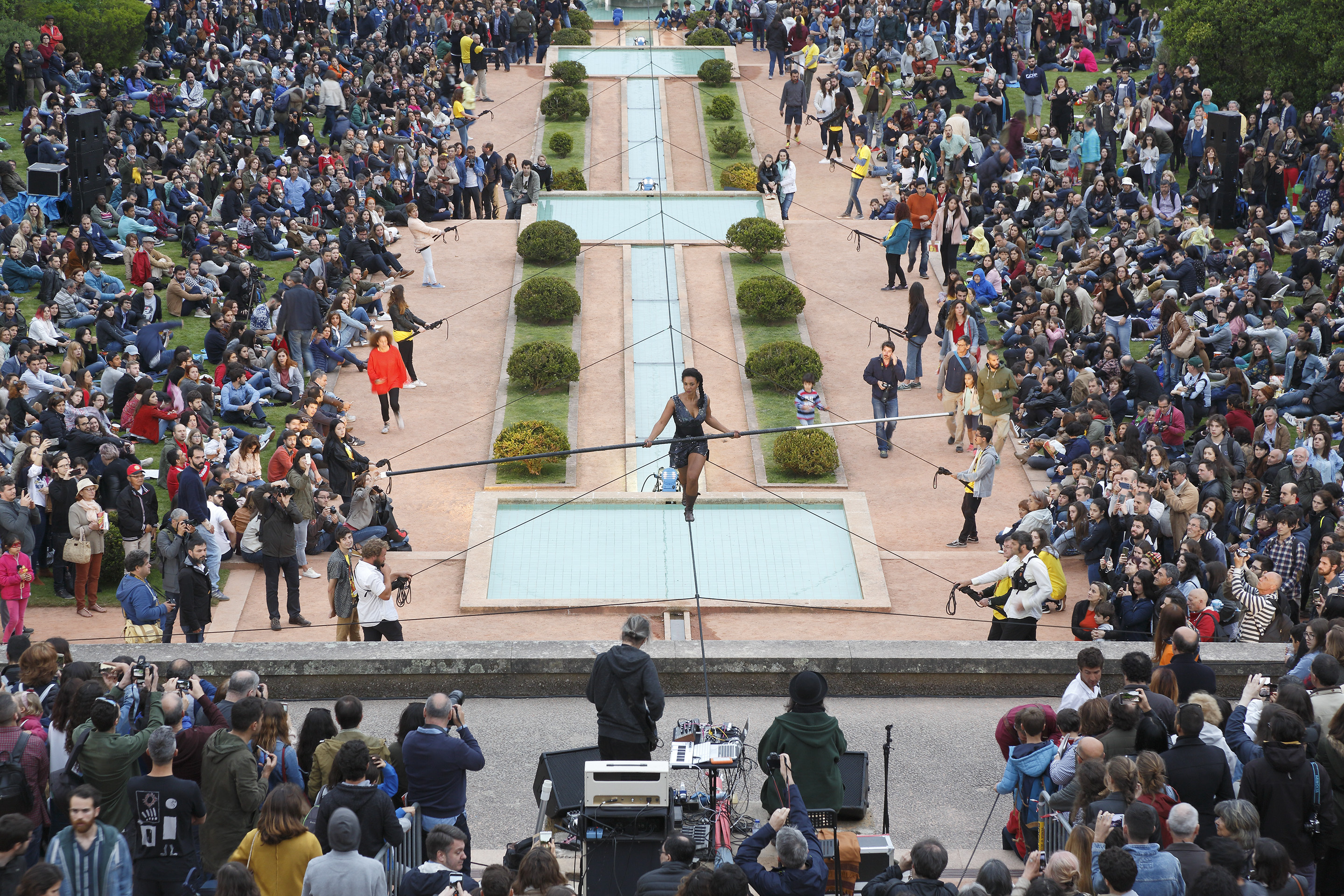 Up north, in Porto, we find Serralves em Festa – 40 hours of art, music, theatre and contemporary dance. These hundreds of events take place simultaneously in and around the Serralves Museum and in downtown Porto.

The events are all free and their main objective is to encourage visitors to reflect on the environment and the surrounding landscape. It is also an excellent way of getting in touch with contemporary Portuguese culture.

Saint Anthony was born in Lisbon around the end of the XII Century. Although he is celebrated in many different places, nowhere puts on as much of a show as the city of his birth.

Known also as the Santos Populares, or Popular Saints, these celebrations are marked by a full month of street parties and dancing, accompanied by grilled sardines and washed down with wine and sangria. But the highpoint are the popular marches, held on the 12th of June, when different neighbourhoods compete in a parade down the central avenue of the city, in full costume and to the sound of music.

Back in Porto the main celebration revolves around another of the Popular Saints. Here the major event is on the 23rd of June, the eve of the feast of Saint John, and it is one of the biggest celebrations in Portugal.

This Christian celebration marks the birth of Saint John the Baptist. Although the most famous party is in Porto, it is also celebrated in nearby Braga and Vila do Conde, where there are also popular parades through the streets. There are also street parties where people grill sardines and offer each other basil plants. In Porto a tradition has developed of hitting people over the head with small plastic hammers.

Even if you’re not a Christian, there are always other reasons to party, such as the fact that this night coincides with the Summer solstice – the best time to travel Portugal from one end to the other.

Moving along, the calendar brings us to the most magical microclimate in the country. The festivities in honour of Saint Peter, patron saint of Sintra, take place in the shade of the Pena Palace and the Moorish Castle. Live music, street parties and plenty of entertainment are just some of the many reasons why you should come to this festival.

If you happen to visit Tomar between the end of June and early July, you might be surprised to find women parading down the streets with bread on their head. This is one of the traditions of the Festa dos Tabuleiros, which takes place only every four years. Luckily, the next one is now, in 2019.

The parade is organised by the women of the city – who carry very large decorations on their heads – and by their respective husbands. It is the most important celebration in Tomar, and one of the oldest in the country.

Next we visit Peniche, which is only around 100 kilometres from Tomar. Every year hundreds of fishermen light up the sea with their boats, in honour of Our Lady of Good Voyage, patron saint of those who risk their lives to catch fish. The major event is the Blessing of the Fleet, when mass is celebrated next to the port and the fishermen ask the Blessed Virgin for protection and a better life. 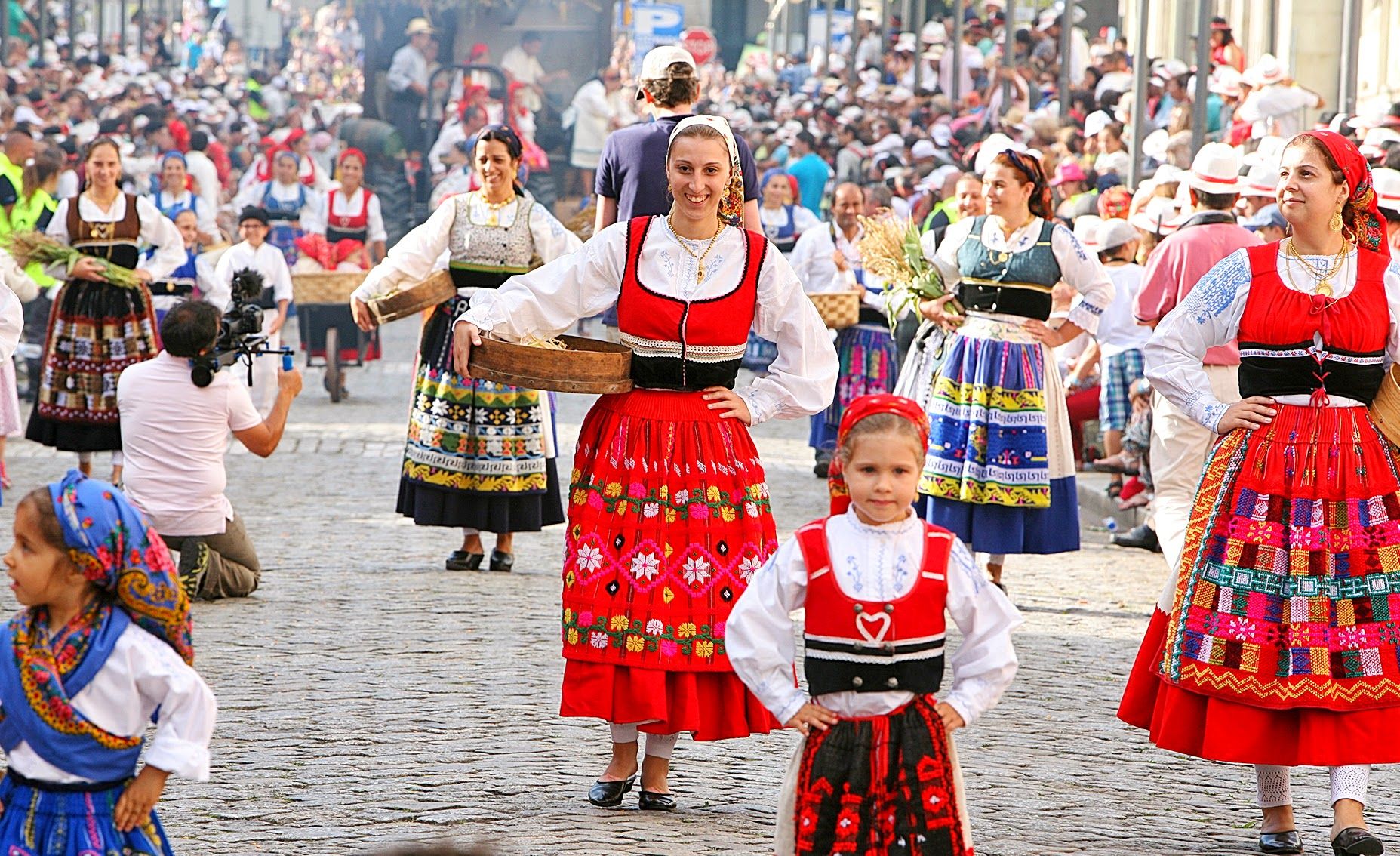 And we finish our journey back in the North, in Viana do Castelo, at what is probably one of the biggest local pilgrimages in Portugal.

The Pilgrimage to Our Lady of Agony began in the XVIII Century and attracts thousands to this city every year for four days of celebration. It includes a handicraft fair, fireworks and concerts.

The high point of this Catholic celebration is the Desfile da Mordomia, in which the local women parade in their local dresses, which vary depending on their social class.

Discover The Most Beautiful Secret Places Of Portugal