Renowned for its seafood, hearty country cooking and many regional specialties, Portugal offers plenty of temptation for the food-minded traveler. Celebrated new chefs have brought attention to a host of dining rooms, while those who enjoy the simple things – olives, cheeses, roast meats, fish sizzling on the grill, freshly baked bread – will enjoy memorable meals all across the country. Here are 10 of our favorite food experiences. 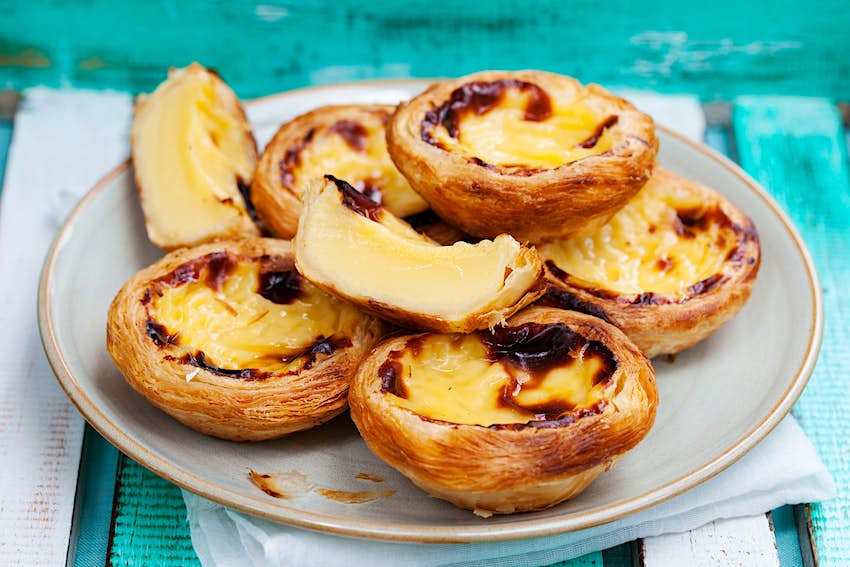 One of the great culinary wonders of Portugal, the cinnamon-dusted pastel de nata (custard tart), with its flaky crust and creamy center, lurks irresistibly behind pastry counters across the country; the best are served piping hot in Belém, and draw foodies from all across the globe. Of course, when it comes to dessert, Portugal is more than a one-hit wonder, with a dazzling array of regional sweets – from the jewel-like Algarve marzipan to Sintra’s heavenly almond-and-egg travesseiros to Serpa’s cheesecake-like queijadas.

The Minho is famous for its sprawling outdoor markets, but the largest, oldest and most celebrated is the Feira de Barcelos, held every Thursday in this ancient town on the banks of the Rio Cávado. Create a picnic feast of local produce with breads, cheeses, olives, fruits, vegetables, smoked meats and more for very little cash.

Always a seafaring culture, the Portuguese know a thing or two about cooking fish. Taste the culinary riches of Portugal’s coast in dishes such as caldeirada de peixe (fish stew layered with tomatoes, potatoes and rice), açorda de camarãoes (a tasty stew of shrimp, garlic and coriander thickened with breadcrumbs), xerém (corn mash made with cockles) or cataplana (shellfish stewed with wine, garlic and tomatoes in a traditional domed copper pan).

For the more adventurous eaters, tripe (the stomach lining of animals) is a heralded delicacy in Porto –the people aren’t called tripeiros (tripe-eaters) for nothing. Try the surprisingly tasty tripas à modo do Porto, made of tripe, beans and sausage.

The exquisite Alto Douro wine country is the oldest demarcated wine region on earth. Its steeply terraced hills, stitched together with craggy vines that have produced luscious wines for centuries, loom either side of the Rio Douro. Whether you get here by driving the impossibly scenic back roads, or by train or boat from Porto, take the time to hike, cruise and taste. Countless vintners receive guests for tours, tastings and overnight stays, and if you find one that’s still family-owned, you may sample something very old and special. 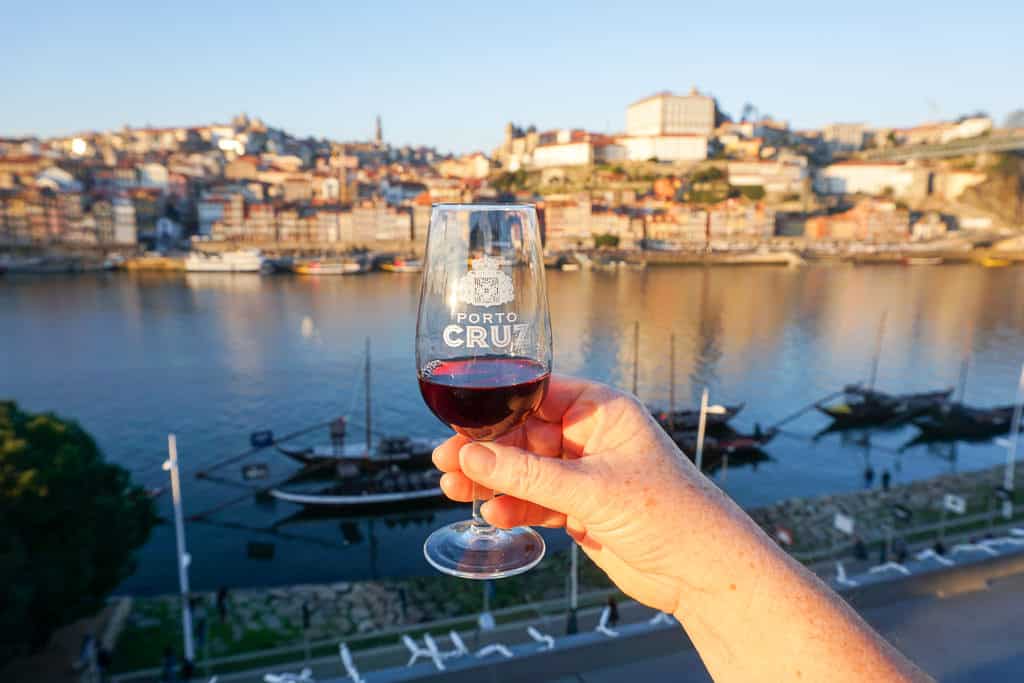 While you can taste tawnies, rubies and late-bottled vintages at bars all over the city of Porto, you’ll get far more out of a cellar tour and tasting. Slip over to the other side of the river to Vila Nova de Gaia’s lodges for a spin of barrel-lined cellars steeped in history that hails back to the 17th-century British merchants who developed quite a taste for sweet fortified wine.

From porco preto, a high-quality “black pork” made from pigs that graze on acorns to a bifana, a bread roll served with a slice of fried pork inside, northern Portugal loves its pork.

Sardines, mackerel and tuna served with bread, olives and other accompaniments are quite popular in Lisbon.

Smaller and less fancy than escargots, these are snails, plain and simple. The little delicacies are cooked in olive oil, garlic and herbs and are quite tasty. They go nicely with a cold beer on a nice summer day.