Portugal is a friendly, beautiful, interesting, and tasty country that welcomes visitors from around the world. Among its many offerings are two spectacular major cities, Porto and Lisbon.

Porto lies in the northern part of the country while Lisbon is toward the south. There are plenty of reasons to visit both cities because each has its own personality and distinct features that are well worth exploring. But if time is short or you’re trying to decide where to go first, here are some of the key differences you might want to consider when thinking about what you’d like to experience.

One of the most obvious key differences between Lisbon and Porto is size. Size in both the number of residents and physical size of the city as well. Porto is best described as compact. As for inhabitants, Porto has just about half the number of Lisbon. Lisbon is the capital city with around 550,000 people, while Porto’s population is about one-quarter of a million. Those of us living in large metropolitan areas with many millions of neighbors will find each of these cities much more manageable, but Lisbon might seem more familiar.

Porto also encompasses a smaller area, just 16 square miles. By comparison, Lisbon occupies 39 square miles, though metropolitan areas of each include more space and people. So while you have room to roam in Lisbon, Porto provides the chance to see many things within a relatively condensed space. 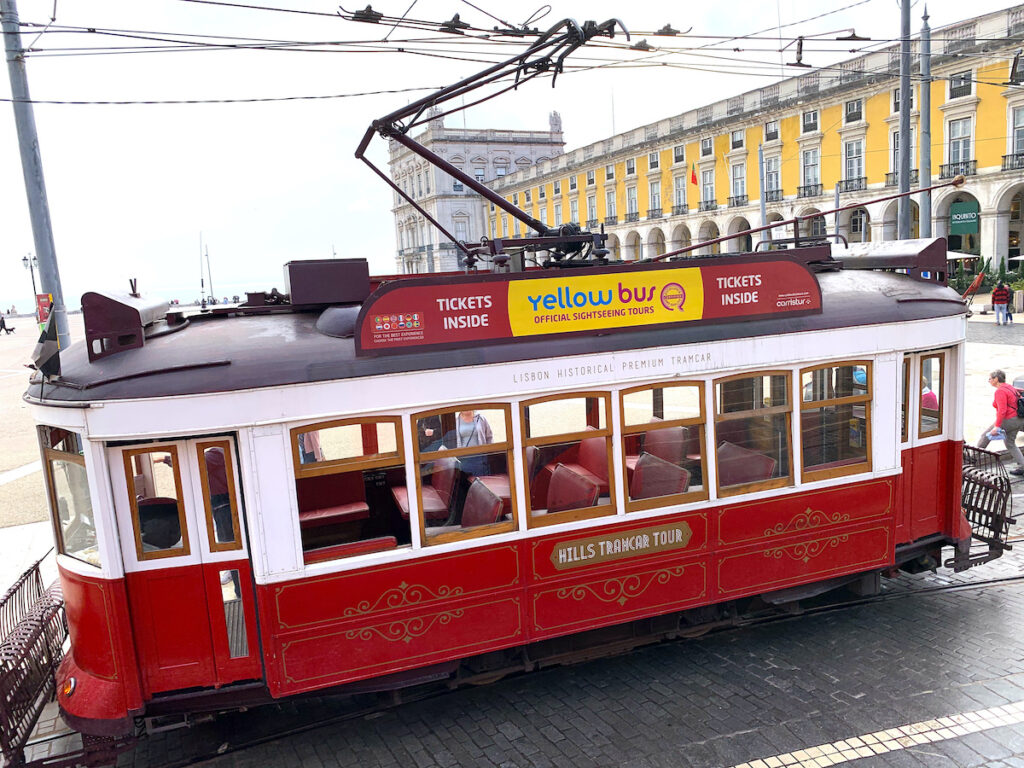 Hills are your friends, or they should be when you head to either Lisbon or Porto. Lisbon is known as the city of seven hills because there are seven hills contained within it. That said, there are plenty of areas where you can wander freely without having to do much climbing. The city lies next to the Tagus River, the largest river in the Iberian Peninsula. There are many beautiful views to be had if you do feel like taking on a little elevation here or there. There is plenty of transportation, including a fantastic tram that can take on some big hills and speed visitors from one highlight to the next in a fun way.

Porto is more like walking along one big hill. Portugal’s second city was built overlooking the Douro River, so it’s easy to see why one of the most popular activities is drinking local wine and taking in a gorgeous view. You can see much by walking up and down hilly streets, and there are a few areas where several top attractions are bunched together so you can avoid too much legwork. Like Lisbon, Porto also has great public transportation, including trams. But for extra joy, there is a funicular that goes from Porto’s riverside Ribeira district up to Batalha Square up the hillside. 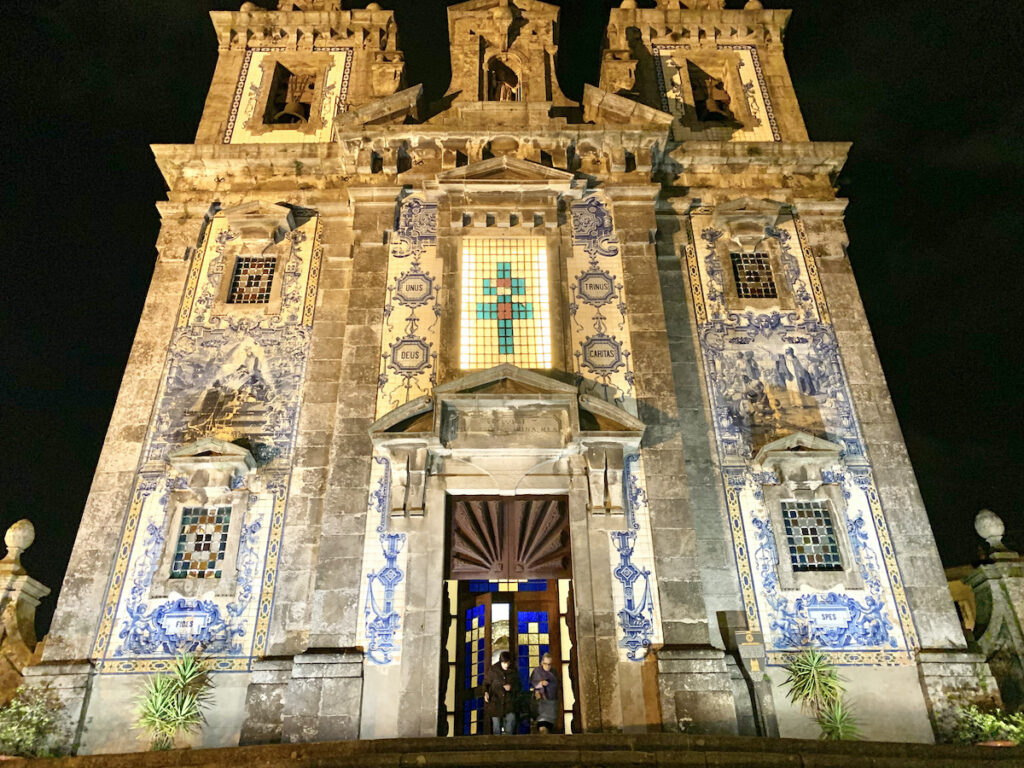 Another key difference between Lisbon and Porto is the attractions you will find in each city. Lisbon has many of the attractions one would expect from a world-class capital city. Historic sights such as St. George’s Castle, Jeronimos Monastery, and Belem Tower are favorites among visitors. Lisbon also has numerous museums devoted to history, art, architecture, music, culture, and more. There’s even an Oceanarium in Lisbon, the largest indoor aquarium in Europe, and fun to explore some nature in the city.

Porto has lots of attractions too. Sao Bento Train Station is filled with gorgeous story-telling tiles and is recognized as one of the most beautiful stations in Europe. The Church Santa Ildefonso and the Clerigos Church with its iconic bell tower can be seen from all over the city. And one of our very favorite spots, Livraria Lello bookstore, became famous for its opulent interior that inspired Harry Potter’s Hogwarts.

Porto has attractions of historical and cultural significance as well. We think they provide experiences of a more personal or intimate nature.

Another key difference for consideration is the ambiance or vibe of the place itself. Diana comes from California and finds Portugal analogous in so many ways. She compares Lisbon to Southern California’s Los Angeles and Porto to Northern California’s San Francisco. And in some ways, that makes for an easy comparison. Lisbon is bigger, busier, cosmopolitan, and fits right in with major cities around the world. Porto is smaller, more compact, and steeped in local history and traditions. The people are warm and welcoming in both places. And while we would describe the pace all over Portugal as quite relaxed, Porto might feel even more laid-back.

Lisbon is a great fit for those who enjoy experiencing local nightlife and having fun being out and about. Visitors looking for a fabulous view with a glass of wine or a long leisurely meal will be delighted by Porto. You might say that Lisbon throws a fabulous party while Porto provides the great conversation you have while you’re there. 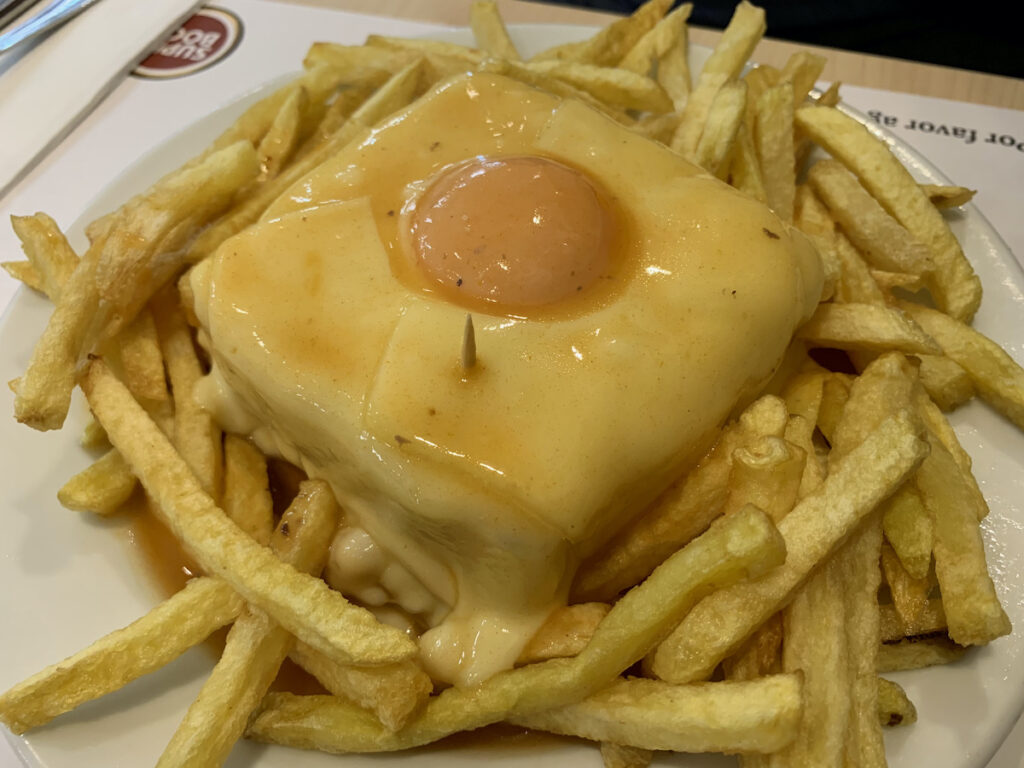 We have to say that without question, food and beverage throughout every corner of Portugal are among the best in the world. Even though you can eat everything everywhere, different specialties in each area are worth seeking out. In a land of sandwiches, the bifana reigns supreme in Lisbon. Sliced pork is sauteed with garlic and served on a crusty Portuguese roll. It’s often juicy, and for us Chicagoans, the Portuguese equivalent of Italian beef. Lisbon’s tiny Casa das Bifanas is a local favorite. Porto revels in its famous francesinha, a monstrous sandwich combining multiple forms of meat such as steak, ham, sausage, and more together with melted cheese served between two slices of bread and drenched in a tomato sauce. Sometimes there’s even a fried egg on top, just for fun.

Bakeries serve the irresistible custard tarts everywhere, but many believe that Pasteis de Belem from the namesake Lisbon neighborhood bakery is the best. But when it comes to wine, there’s just no way to ignore Porto’s place at the top. Some say that Porto is more of a “foodie” town than Lisbon and that there’s more authentic traditional cuisine to be found. That’s understandable as Lisbon does cater to a much broader contingent of diners. But for those seeking out the ridiculous number of Michelin-starred fine dining experiences available in Portugal, Lisbon is home to a greater number.

Although these days it’s hard to know exactly what the weather will be anywhere at any time, we can make some generalizations about key differences between the weather of Lisbon and Porto. Because of their locations in the country, Lisbon in the southerly part tends to warm up while Porto in the north tends to cool down. Porto can get more rain and the temperatures may be downright chilly in the winter. Conversely, Lisbon can get quite hot and sticky in the summer. For those who prefer a cooler climate, Porto is a better bet. Heat worshippers will enjoy the warmth of Lisbon.

Beach lovers should know that there are beautiful shores near either city. But for visiting with the most comfort, timing can be important. May through September usually have great beach weather for both. Late spring and early fall are the best times to visit if you want to avoid the summer crowds. 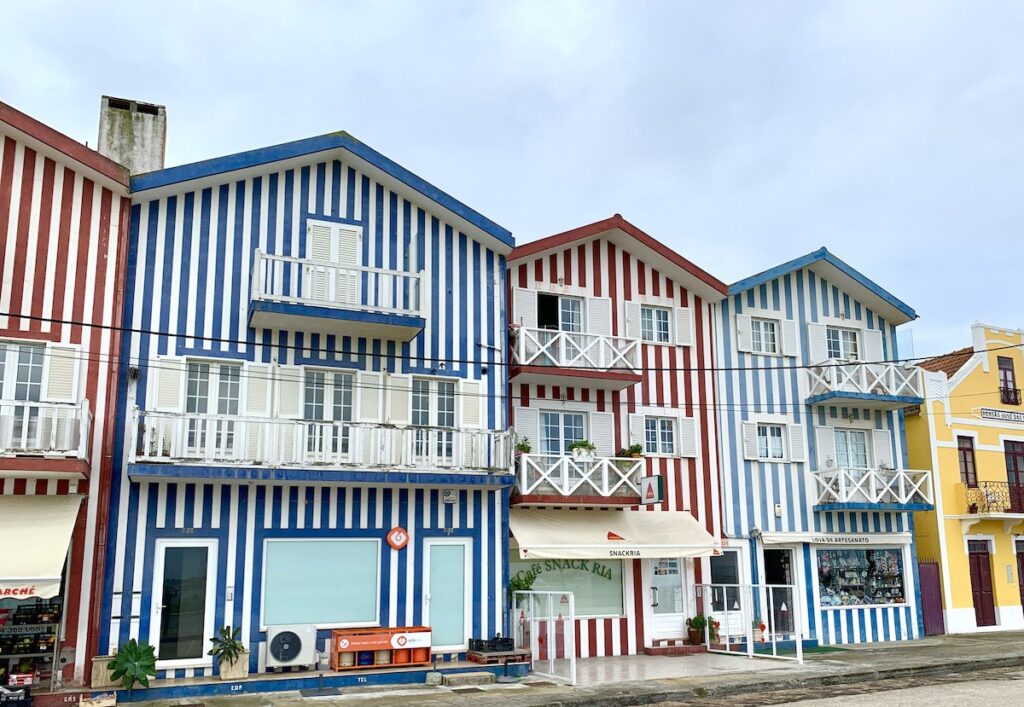 As amazing as both of these cities are, there’s plenty to see on a day trip from either. Lisbon is only half an hour away from the luscious and lively beachy resort town of Cascais. The magical hillside town of Sintra and its fairytale castle is just a few minutes further. Evora, with its ancient Roman Temple, is another popular place to visit. The sacred town of Fatima receives visitors from around the world for its important role in religious history. And the charming walled city of Obidos is a designated UNESCO Creative City where literature, chocolate, and a delightful cherry liqueur called Ginja are celebrated with gusto.

The Douro Valley, Portugal’s wine country, is one of the most popular day trips from Porto. Its spectacular terraced vineyards and green rolling hills are hard to beat. Peneda-Geres National Park is a perfect spot to explore rivers, lagoons, forests, and medieval villages in over 270 square miles of terrain. Braga, at 2,000 years old, is the oldest city in Portugal and offers a castle, palace, cathedral, and more history than you can shake a stick at in one place. Our favorite day trip from Porto is enchanting Aveiro, known as the Venice of Portugal, for its colorful moliceiro boats and picturesque canals. Go just a few minutes further and you can visit Costa Nova, a charming beach town with colorful striped houses.

Wherever you go in Portugal, you will enjoy friendly locals, fantastic food and drink, incredible sights to see, and budget-friendly travel options. Porto and Lisbon both have incredible riverside views, historic buildings, fun plazas, lively markets, and lots to see and do. If you have to choose only one, those who love variety and the big city vibe will enjoy Lisbon, while those who crave an intimate experience of authentic culture and cuisine, especially wine lovers, can dive deeply into Porto’s special character in no time at all.

As for us, we think that it’s worth an easy train ride of just 3 hours to head from one to the other and enjoy the best from both of Portugal’s major cities.