SWEET polar bear cubs were photographed trying to play with their mother – but she looked like she wanted a break from her rambunctious offspring.

The adorable polar bear family was spotted rolling around in the snow after coming out of a three-month hibernation. 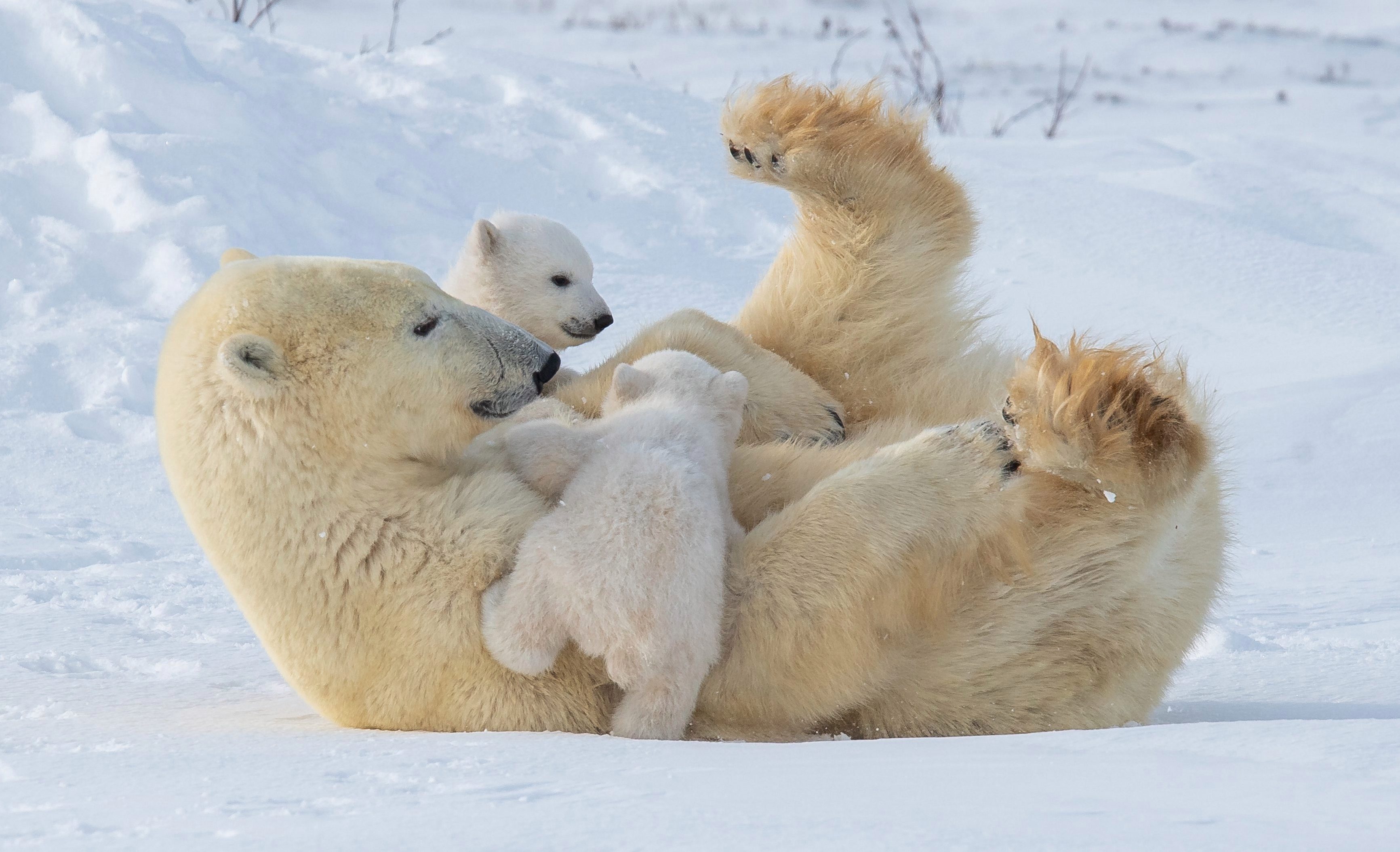 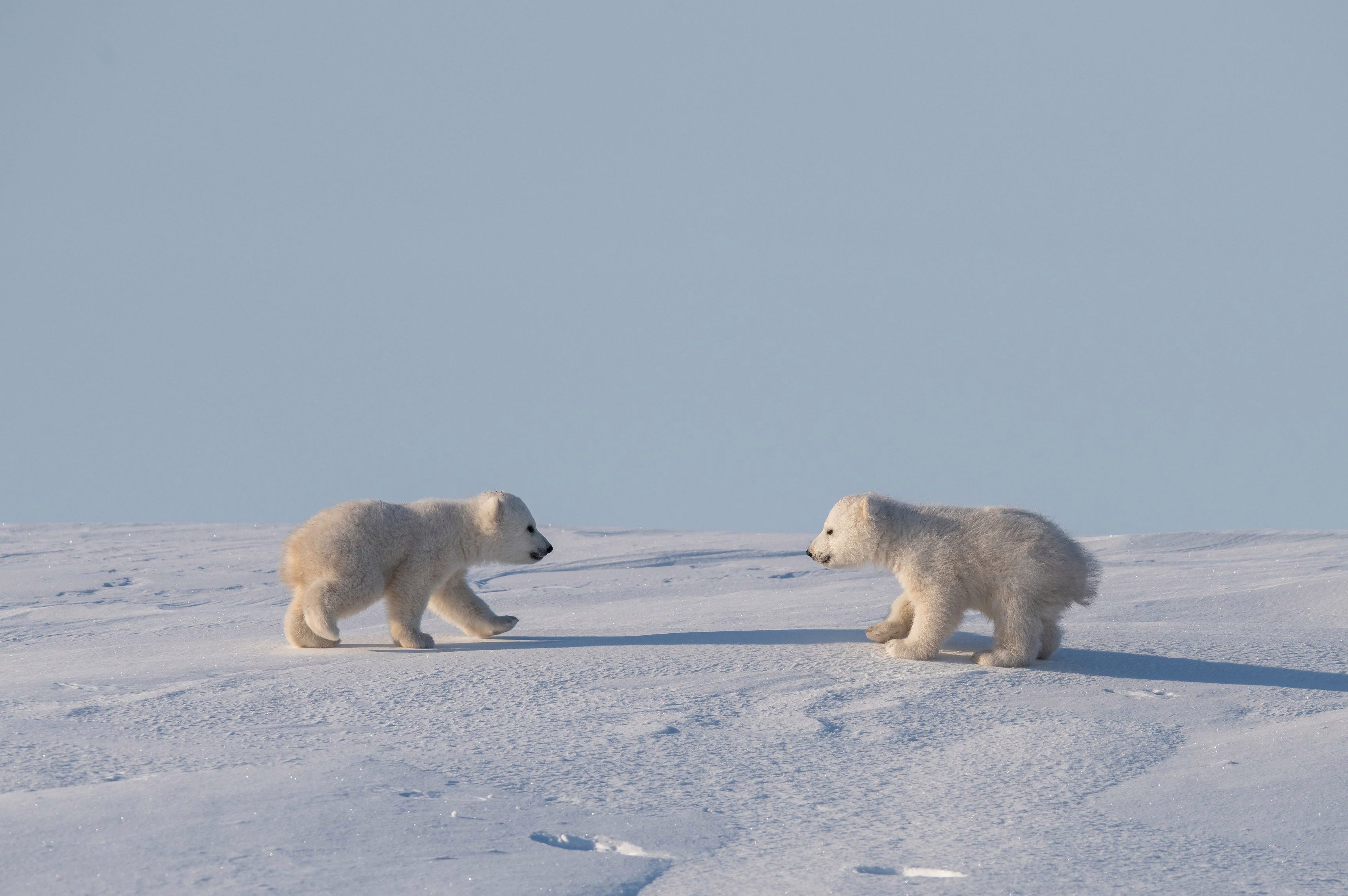 They were photographed in -40F temperatures in Wapusk National Park, in Manitoba, Canada.

It was the first time the fluffy young cubs ventured out of their den since they were born.

The bright-eyed and bushy-tailed young ones were seen having a face-off with each other and harassing their mother.

One photo shows the momma bear lying on her back with her feet up in the air – as her cubs appear to climb up onto her stomach.

Another photo captured one of the cubs standing on its hind legs, with its front paws hugging its mom’s leg.

But the mother was looking in the opposite direction as for some means of escape. 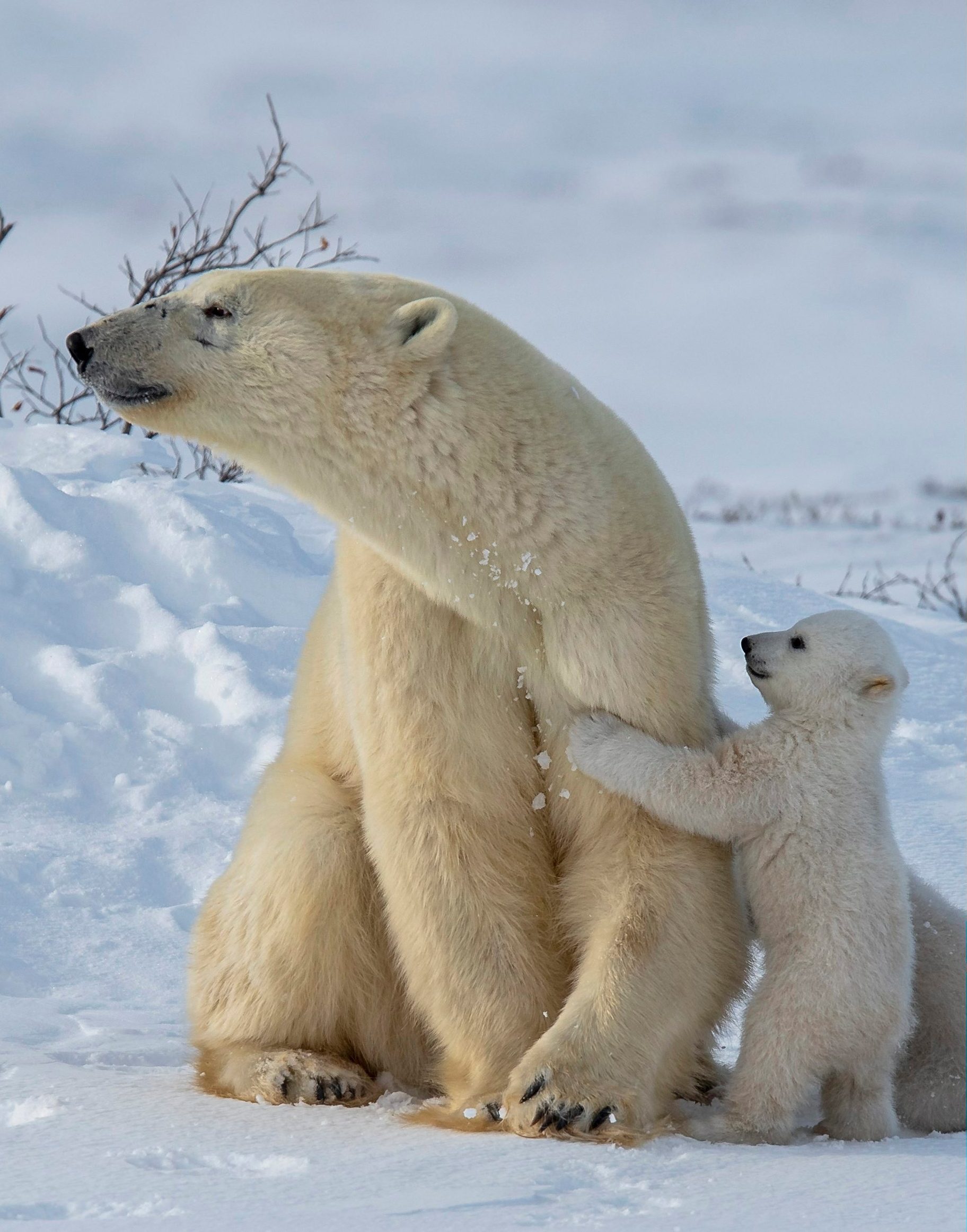 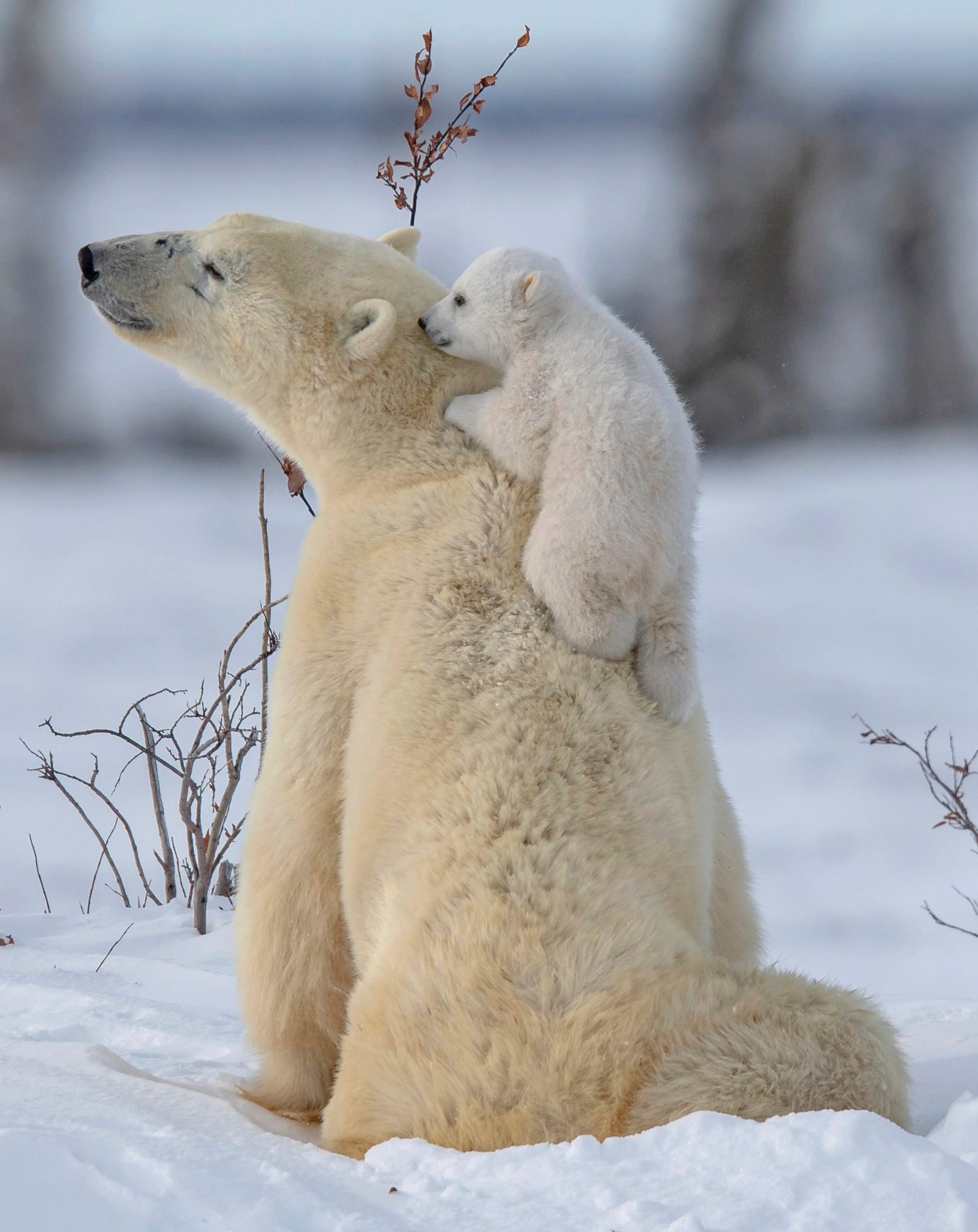 Personal space is something this momma bear doesn’t seem to have as her cubs were pictured climbing on her back and pulling her leg.

Despite the cubs appearing to harass their mom, they were also spotted following her footsteps and calmly sitting beside her.

According to Oceana Canada: “Although polar bears grow to be huge, they start their life extremely small and helpless.

“When born, cubs are blind, toothless and covered in a sparse layer of soft, short fur.”

Polar bears are most likely to give birth to twins.

“This evolutionary adaptation increases the likelihood that at least one cub will survive to adulthood, especially given the harsh and unforgiving conditions found in their Arctic habitat,” Oceana explains. 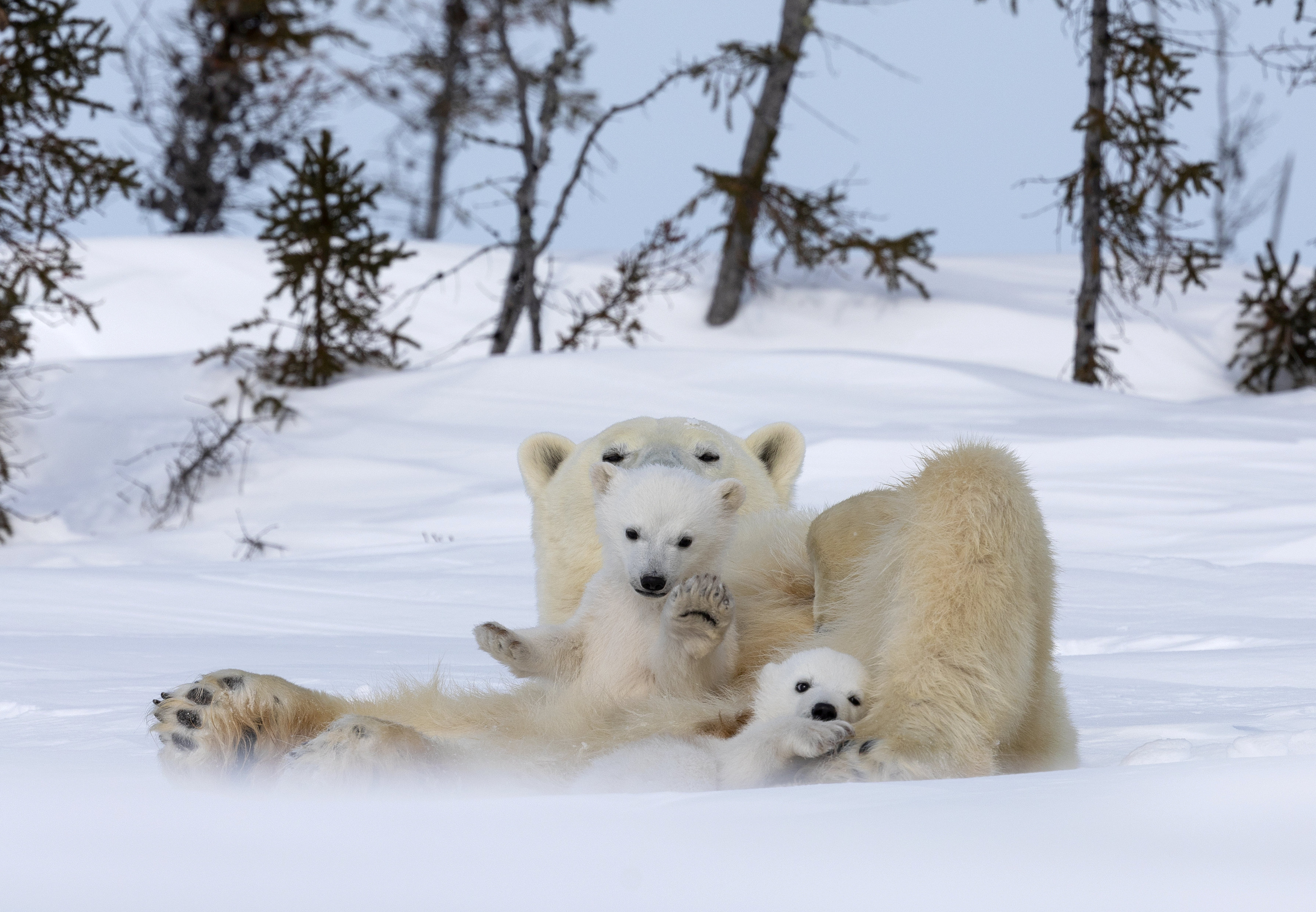 The polar bear family was photographed in minus 40-degree temperatures in Wapusk National Park, in Manitoba, Canada 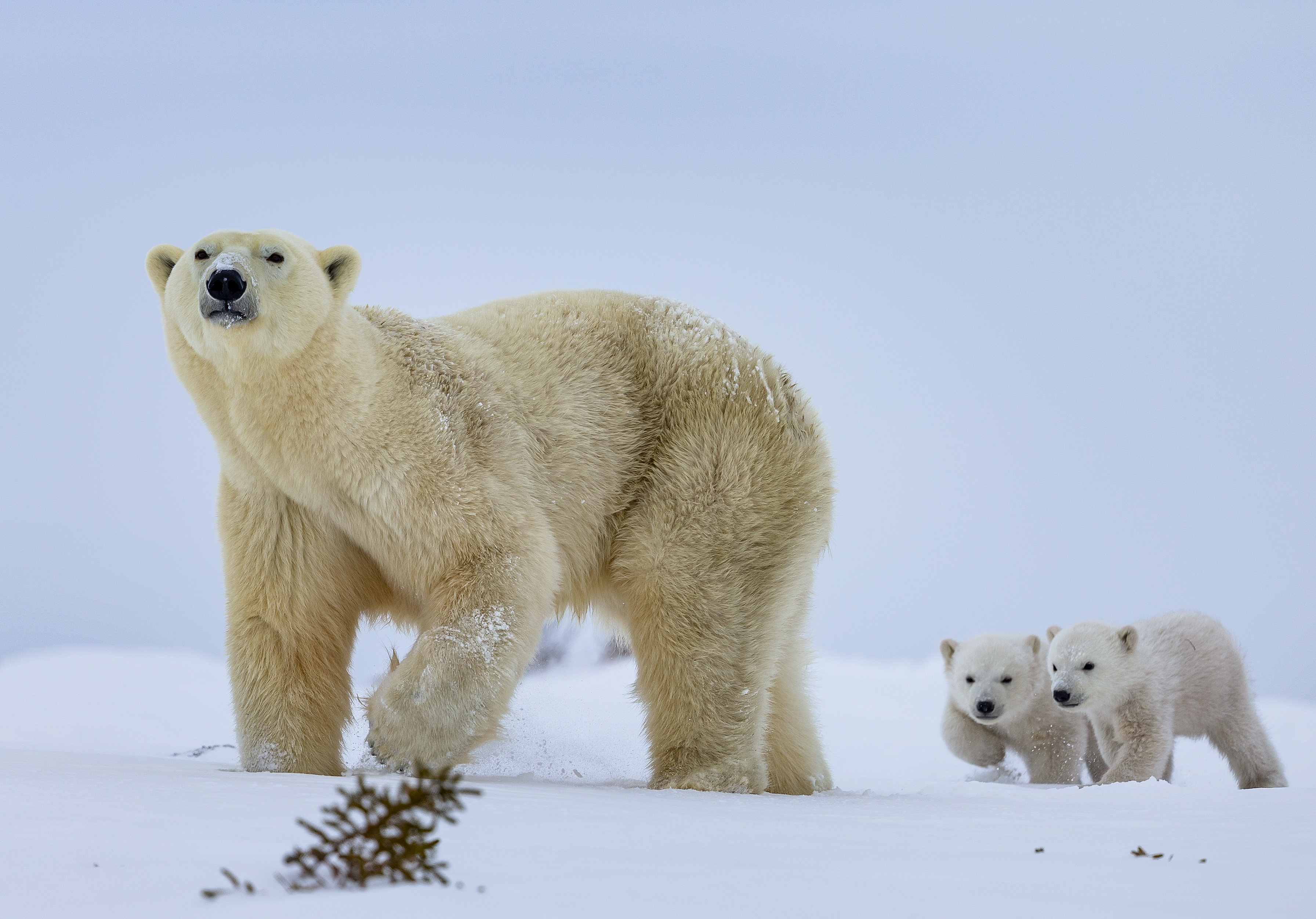 The cubs follow their mom, who possibly weighs between 300lbs and 550lbs 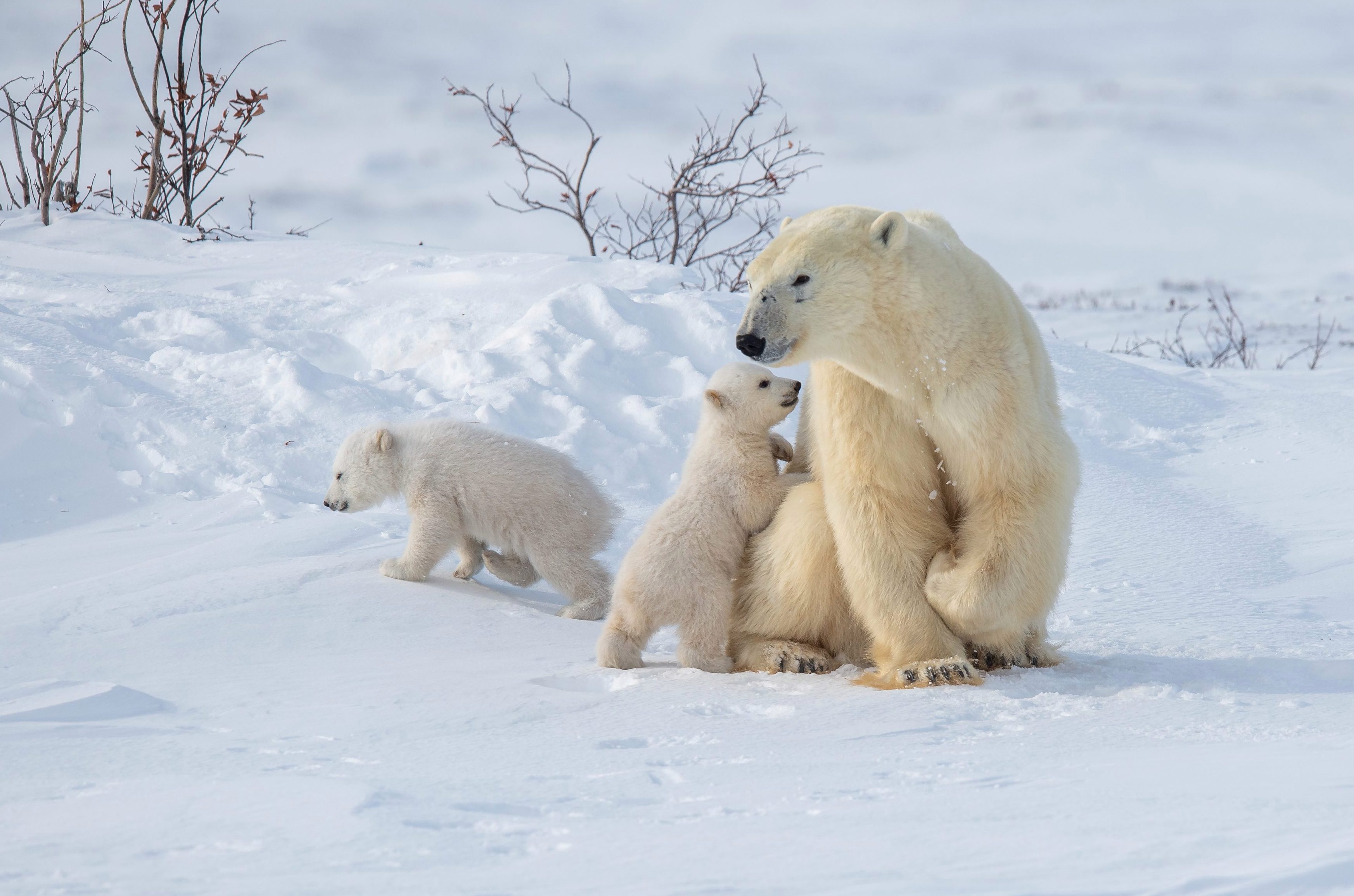 Polar bears are the largest land carnivore, with the average male weight ranging from 880lbs to 1,300lbs.

Despite their fur appearing to be white, a polar bear’s fur is actually transparent and obtains its color by reflecting and refracting light from the sun and off the snow.

According to the Canadian Geographic: “The polar bear is well adapted to life in the extremes of the Arctic.

“Its distinctive white coat acts as camouflage in the snow and ice.”

The magazine describes Canada as one of five “polar bear nations” – as well as the United States (Alaska), Russia, Denmark (Greenland) and Norway.

More than two-thirds of the world’s polar bears are located in the Canadian Arctic.

But sadly, they were recently listed as a threatened species under the United States’ Endangered Species Act. 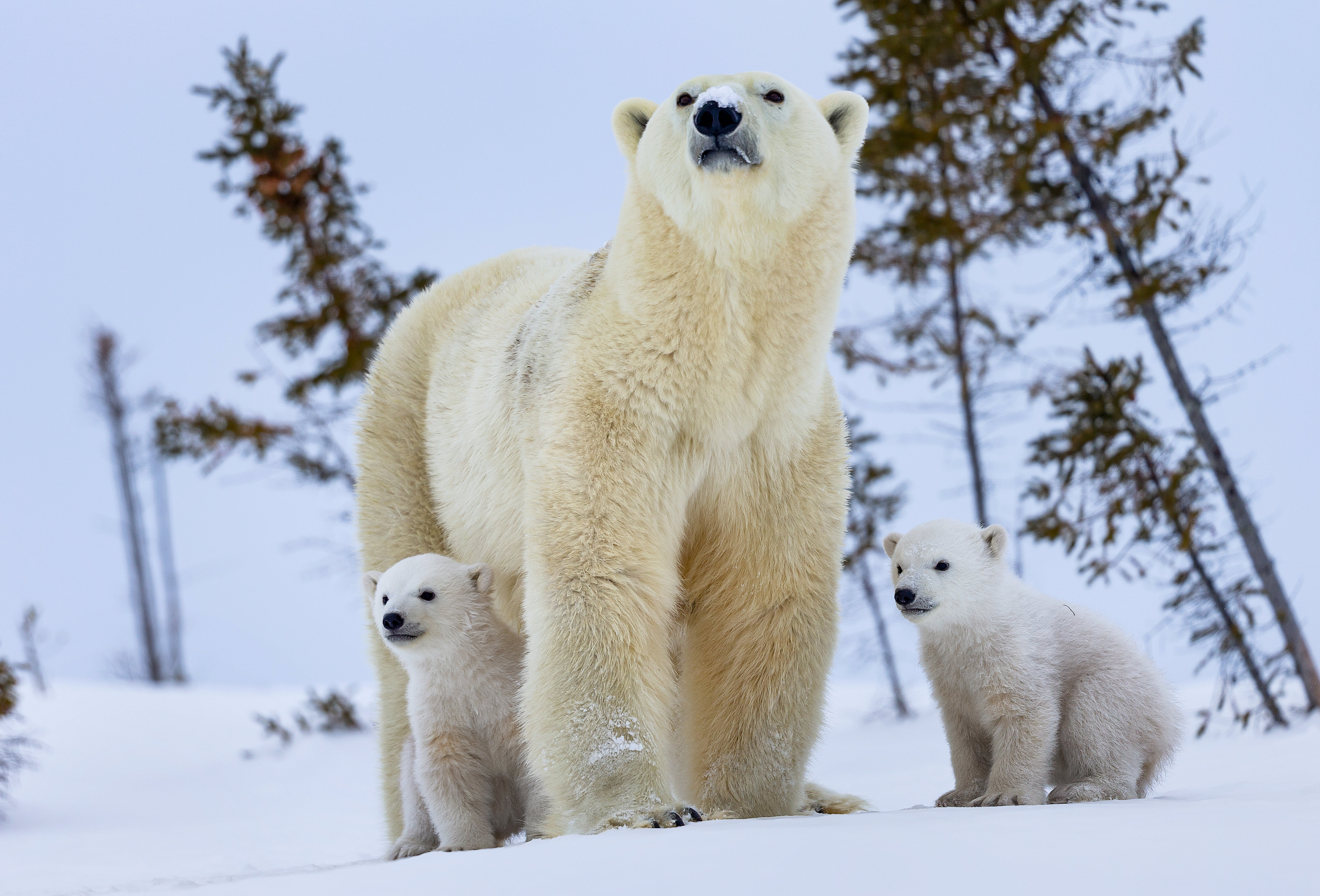 Despite their fur appearing to be white, a polar bear’s fur is actually transparent 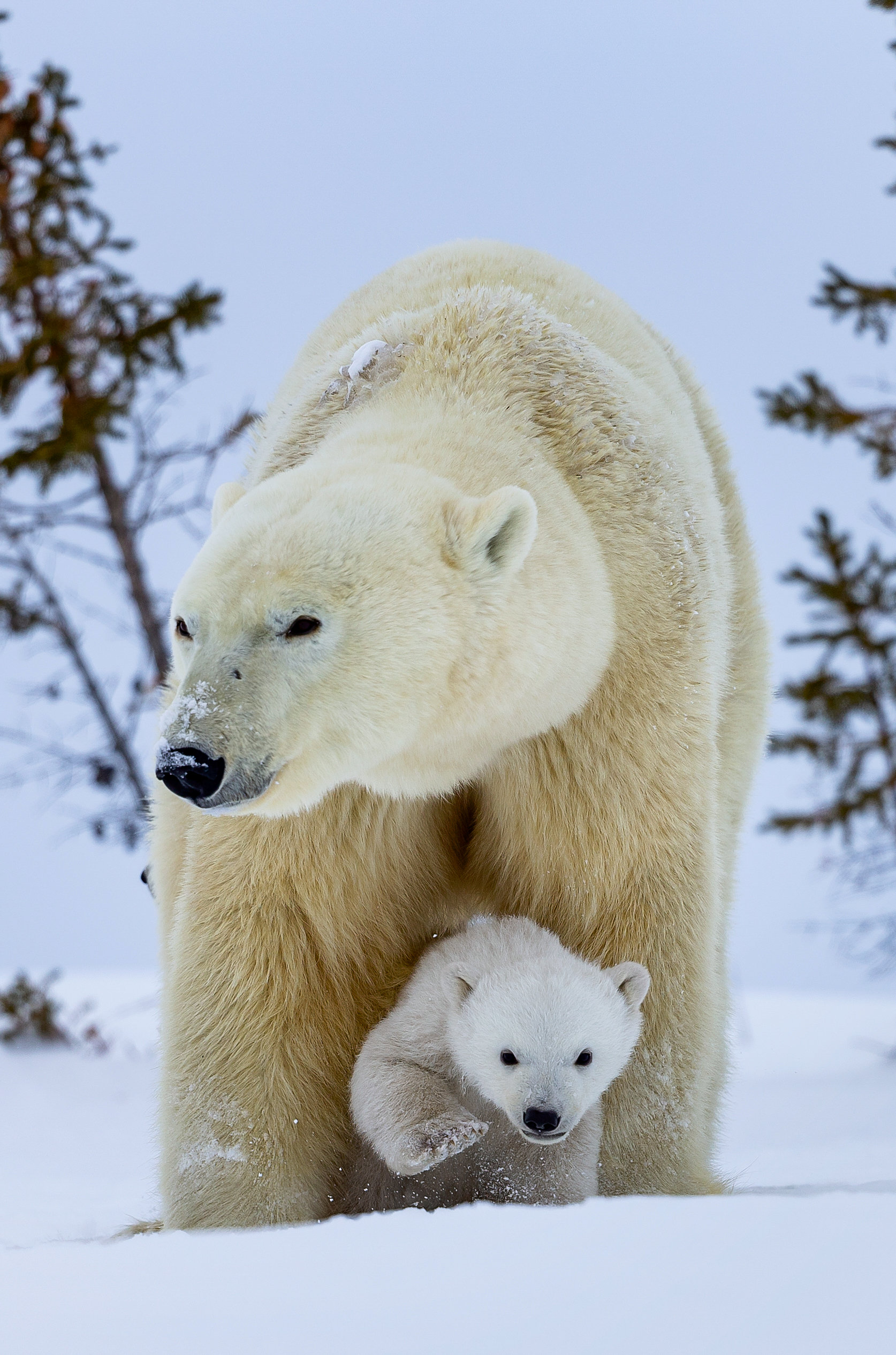 One of the cubs stands underneath its mom

12 Best Places to Visit in Canada