TWO adorable polar bear cubs were snapped play fighting before one puts his paws up in a surrender.

The brothers were grappling to prepare them for later in life when they will have to fight other older bears. 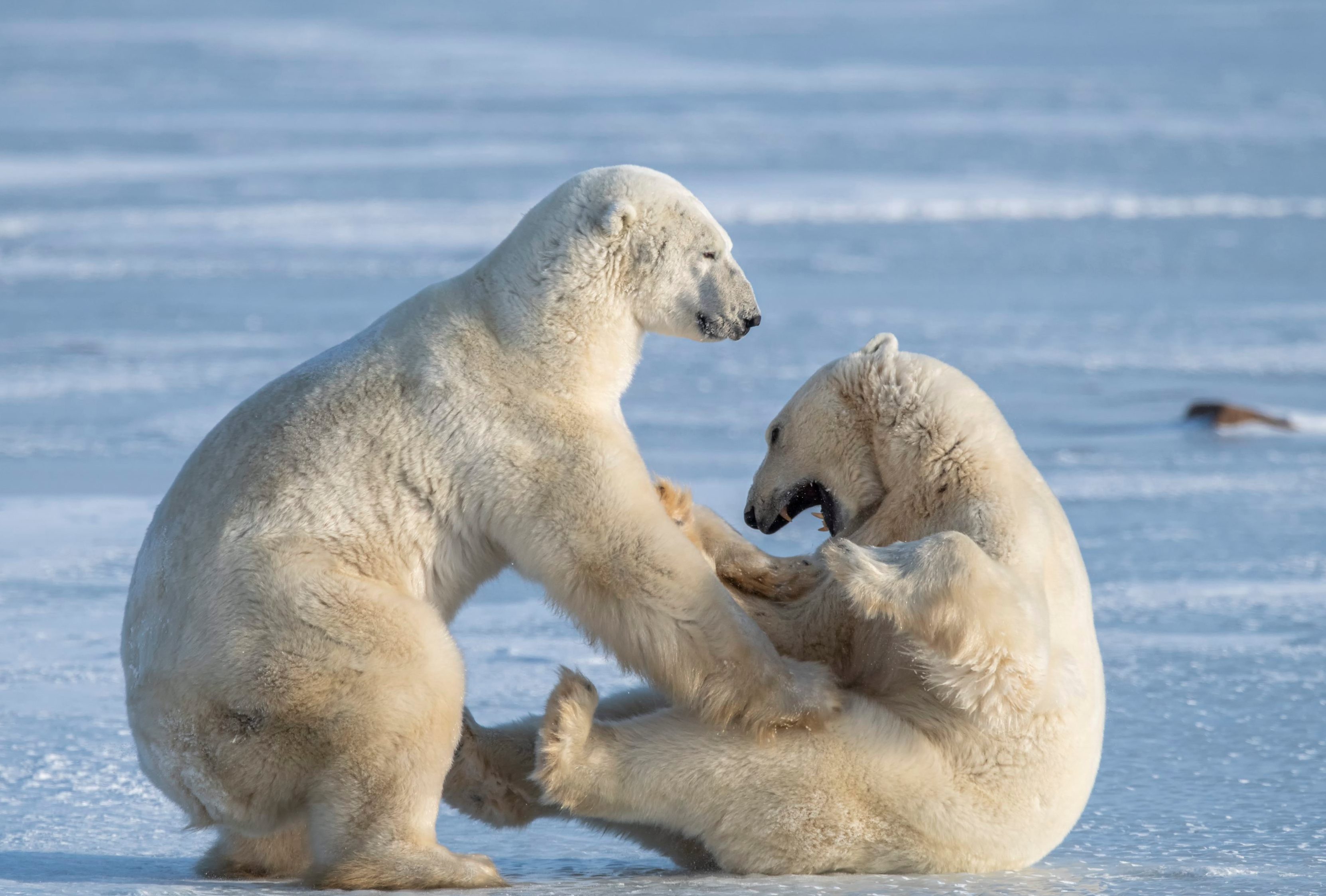 The two brothers were snapped wrestling in the snow 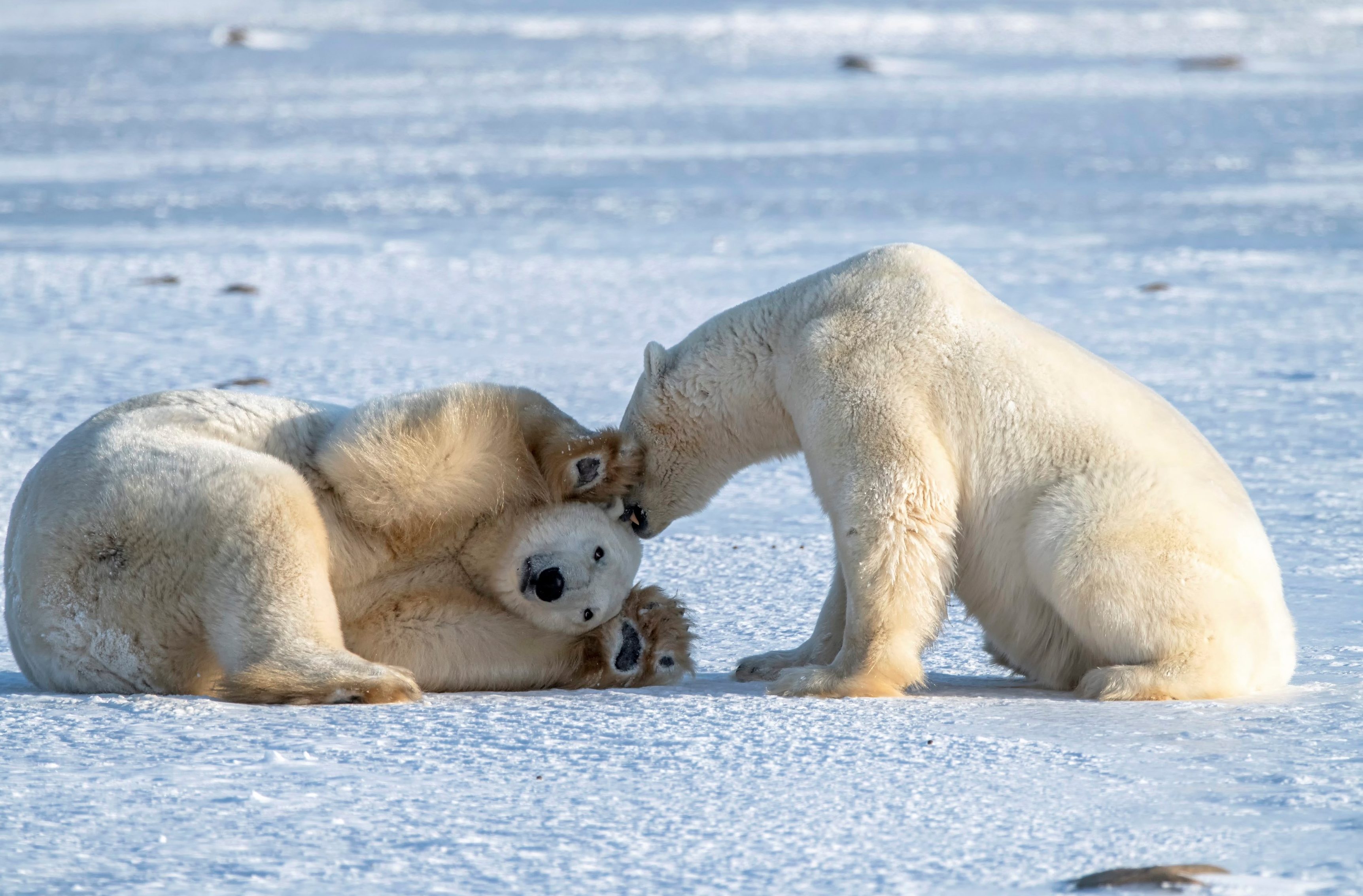 The photos were taken in the grassland in Hudson Bay, Canada

One of them even appeared to slap his sibling in the face as they wrestled around in Hudson Bay, Canada.

The photos, taken by 54-year-old property manager, Hao Jiang, show the two bears only a few days after they have left their family behind.

Miss Jiang, who lives in Pleasanton City, California, said: “They always play fight before and after meals.

“It was so fun and exciting to see these bears play fighting.

“I could see when they were playing, they kept looking over at me. It felt like they were putting on show for us humans.” 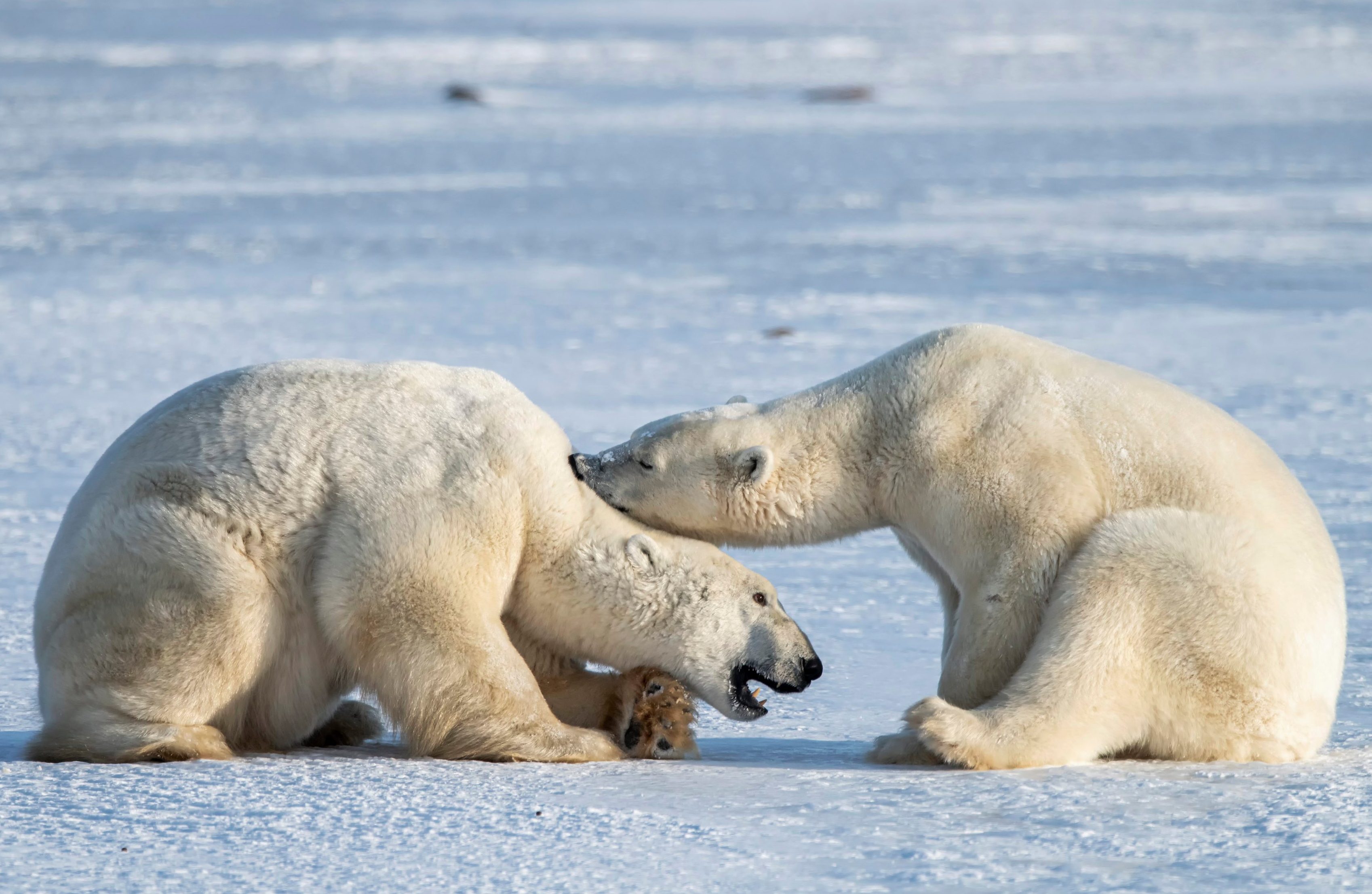 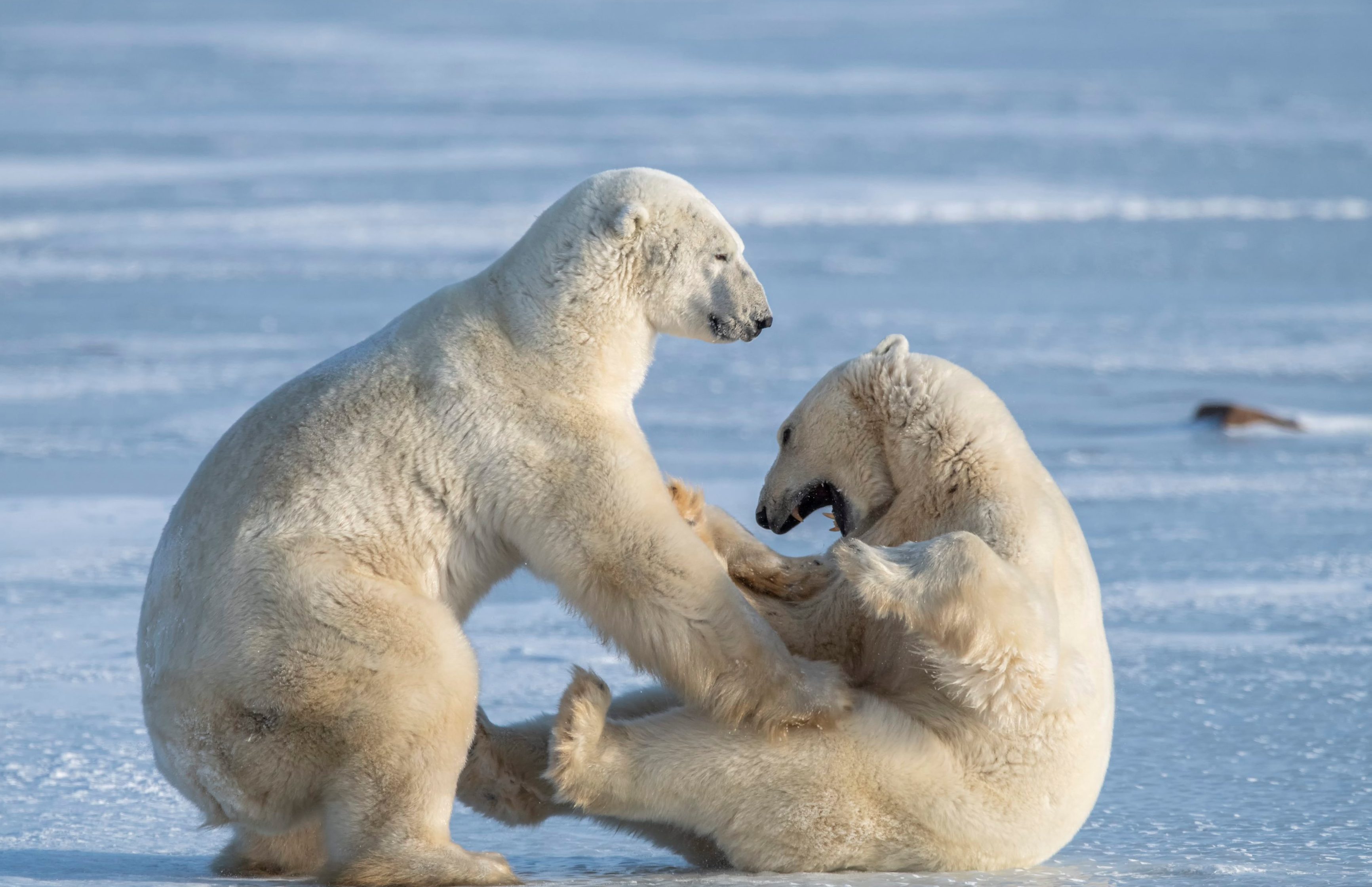 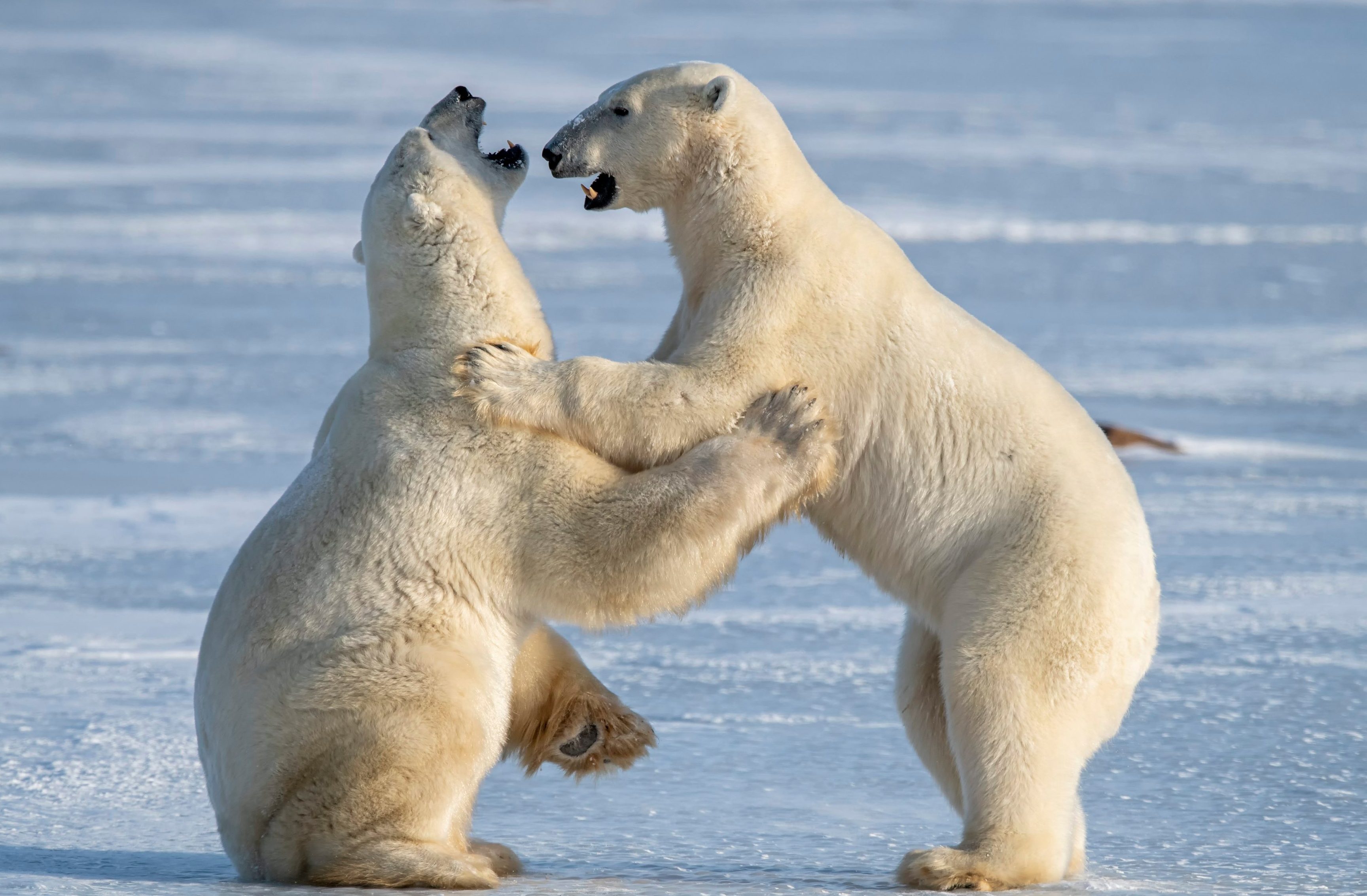