With free admission to Canada’s beautiful national parks being offered this year in honour of the country’s 150th anniversary of confederation and the warm weather fast approaching, it’s the perfect time to dust off your camera and start planning a vacation. 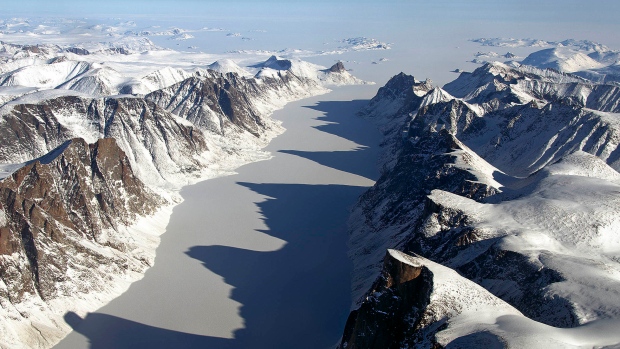 For the truly adventurous souls out there, a journey to Canada’s North is an experience like no other. Explorers seeking uninhabited lands filled with Arctic mountain ranges, crystalline lakes, countless glaciers and steep-sided fjords should plan a trip to Baffin Island in Nunavut.

The remote island is the largest in Canada and fifth largest in the world with a population of only 11,000 people approximately. The majority of its residents are Inuit living in small coastal communities.

The island is home to two national parks, Sirmilik and Auyuittuq, and an exciting array of marine and land critters including polar bears, Arctic foxes, narwhals, belugas, seals, bowhead whales and walruses. 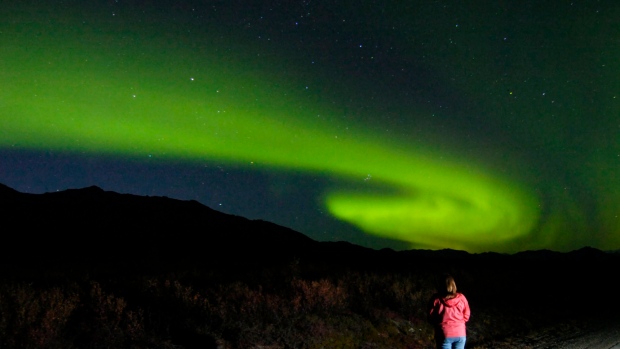 Explorers looking to bask in the ethereal glow of the Northern Lights, or Aurora Borealis, should plan on heading north to the Northwest Territories at the end of the summer (earliest mid-August).

With its northern latitude, low light pollution and natural untouched beauty, the expansive territory offers countless spots (Yellowknife, for instance) to gaze up at the nighttime sky and soak in the cascading colours of one of nature’s most unforgettable light shows.

3) Kluane National Park in the Yukon 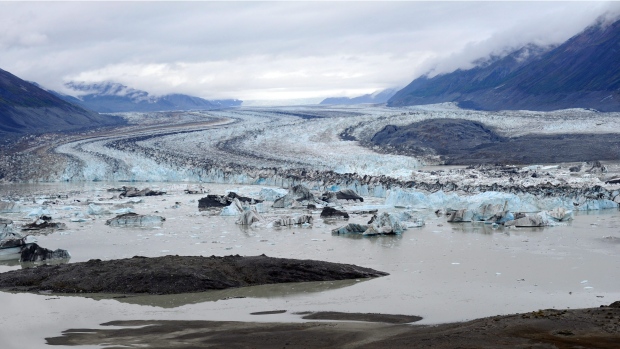 Located in southwestern Yukon, the gigantic park covers 22,013 square kilometres of untamed territory and breathtaking panoramas that will impress even the most seasoned traveller.

The most genetically diverse grizzly bear population can also be found roaming in the park’s valleys of coniferous and deciduous forests along with other wildlife such as, caribou, moose, mountain goats and black bears. 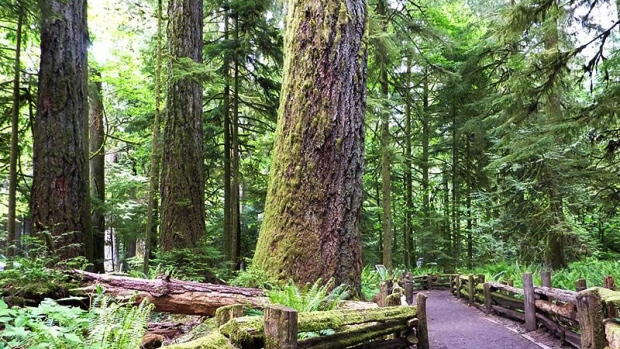 For a truly humbling and awe-inspiring experience, travellers can stand beneath one of the towering, ancient trees in MacMillan Provincial Park’s Cathedral Grove on Vancouver Island in British Columbia.

Tourists from around the world visit the 157-hectare forest to walk beneath the shadows of the incredible giant Douglas fir trees lining the vast network of scenic trails.

The largest trees in Cathedral Grove are around 800 years old and measure 75-metres tall and nine metres in circumference so some neck-craning may be required to appreciate the enormity of the majestic wonders. 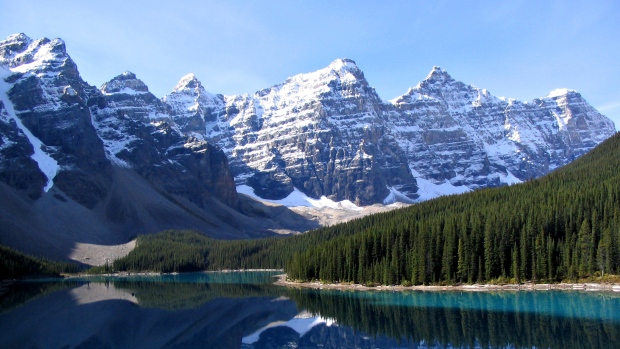 When many travellers think of visiting the world-renowned Canadian Rockies, Banff National Park invariably comes to mind. And there’s good reason for it.

For anyone seeking a little adventure while they take in the beautiful scenery, the park offers camping, canoeing, mountain climbing, fishing, skiing, bird-watching and hiking, of course. 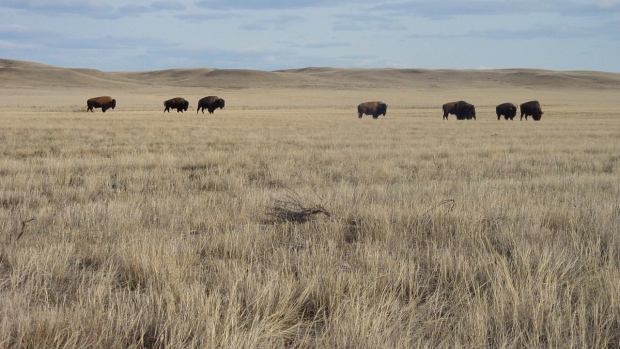 Campers can relax in blissful solitude in the untouched wild and enjoy historical wonders such as the leftover stone teepee rings, ancient indigenous burial sites and of course, dinosaur fossils in the park’s mysterious badlands. 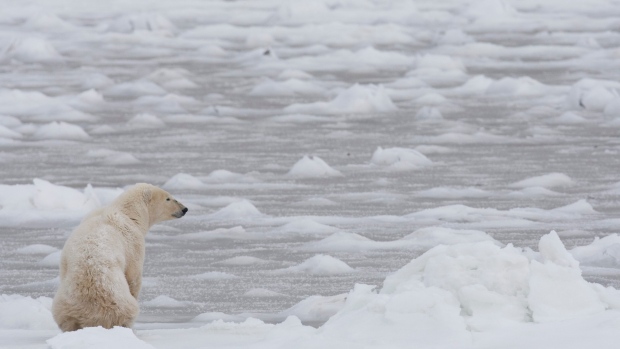 On the remote, southwestern shores of the Hudson Bay, the small town of Churchill, M.B. draws thousands of tourists year after year for its summering polar bear population.

Widely known as “the polar bear capital of the world,” Churchill sees about a thousand polar bears visit the area during the warmer months, from July to November.

In fact, they have so many of the Arctic bears roaming the town during these months that they have even had to set up a polar bear “jail” to house the ones that wander too close to the residents before they’re set free again. 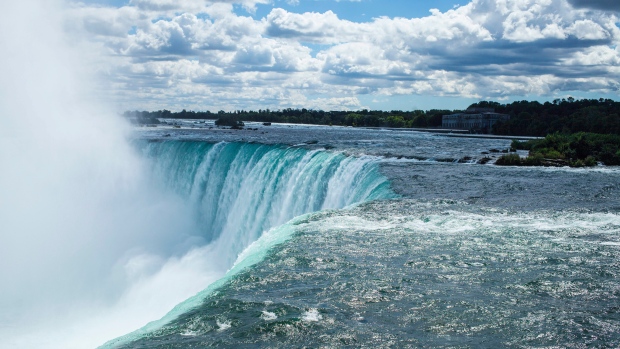 Despite the carnival-like atmosphere of its surrounding businesses and the sidewalks teeming with tourists, Niagara Falls is still an astounding attraction that everyone should try to see at least once in their lifetime.

Horseshoe Falls, American Falls and Bridal Veil Falls make up the collection of falls straddling the border between Ontario and New York. The largest of the three, Horseshoe Falls, on the Canadian side, is approximately 57-metres tall and is the most powerful waterfall in North America.

Whether its peering over the railing to watch the racing water tumble over the edge or gazing up at the immense falls from below on one of the area’s various boat tours, visitors will understand why the mighty falls attract so many fans year after year. 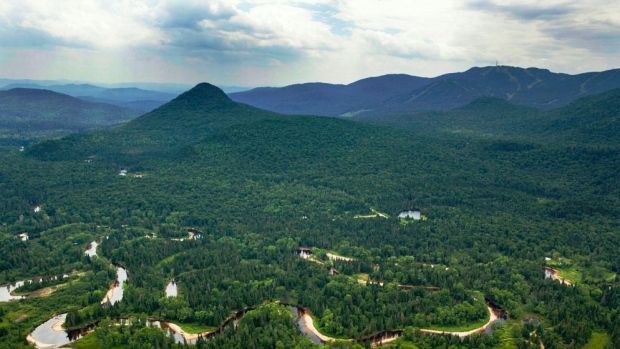 Located only an hour’s drive away from Montreal, The Laurentians are a perfect destination for weary city-dwellers looking to escape the hustle and bustle of their daily lives and enjoy some nature.

Boasting one of the oldest mountain ranges in the world along with six winding rivers and approximately 400 crystal lakes and streams, the region offers endless painterly landscapes (especially in the autumn) and opportunities for adventure. Visitors seeking some activity on their trip can go camping, canoeing, hiking and kayaking in the warmer months and ice-climbing, dogsledding, snowmobiling and skiing in the winter.

10) Bay of Fundy in New Brunswick 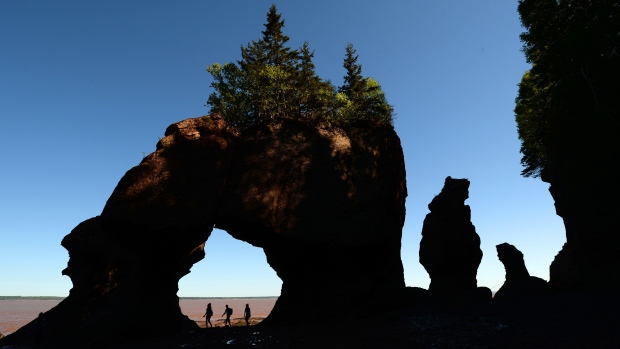 Twice a day, 160 billion tonnes of sea water from the Atlantic Ocean crashes in and out of the famed Bay of Fundy. The bay, located between New Brunswick and Nova Scotia, is renowned for having the highest tides in the world (as much as 16 metres) and a unique ecological landscape.

Every year, visitors flock to the Hopewell Rocks, about an hour’s drive south from Moncton, N.B., to admire the stunning misshapen cliff formations and to wait for the impressive tides to peak. Its stunning coastline, ragged cliffs and thunderous tides make the Bay of Fundy truly a sight to behold. 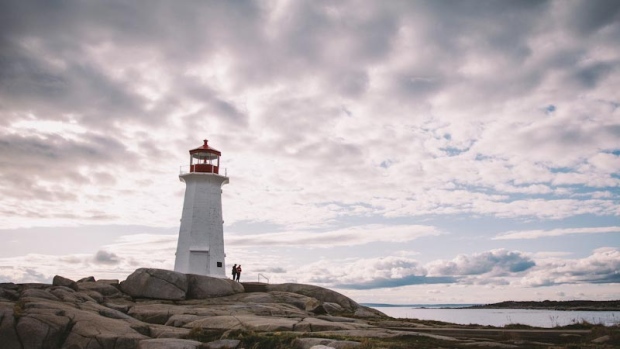 When envisioning the East Coast, there’s nothing quite as iconic as a classic lighthouse overlooking the Atlantic Ocean and welcoming approaching ships to shore with its inviting beam.

As far as lighthouses go, there’s no shortage of them in Nova Scotia, which boasts an impressive 160 historic ones. The province’s most famous and most photographed lighthouse, however, is Peggy’s Point Lighthouse in the charming fishing community of Peggy’s Cove.

Tourists can scramble over smooth granite rocks (but be careful!) to take in the picturesque lighthouse perched above the ocean’s roaring waves below before wandering into the quaint village to admire the houses on stilts and abundance of crab traps. 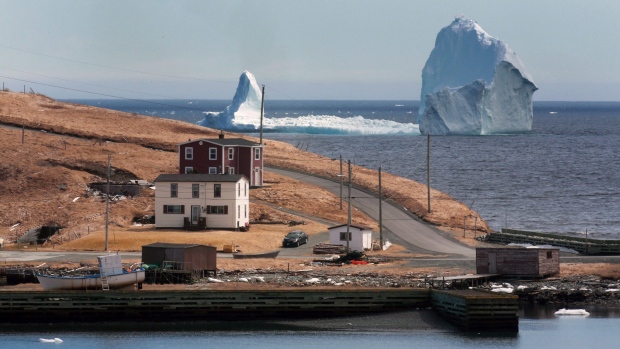 When it comes to catching a glimpse of a colossal iceberg, there’s no better place than Newfoundland and Labrador.

Fittingly called “Iceberg Alley,” the area stretching from the coast of Labrador to the northeast coast of Newfoundland is visited every year by thousands of tourists hoping to spot one of the giant, 10,000-year-old ice masses as they float south from the Arctic.

Iceberg-chasers can book a boat tour, paddle in a sea kayak or simply scan the Atlantic Ocean from the shore. The best time of year to spot the Arctic ice sculptures is spring and early summer.

If the presence of majestic icebergs isn’t enough, lucky visitors may even be able to spot one or two of the thousands of whales and millions of seabirds that migrate north to the area in spring and early summer. 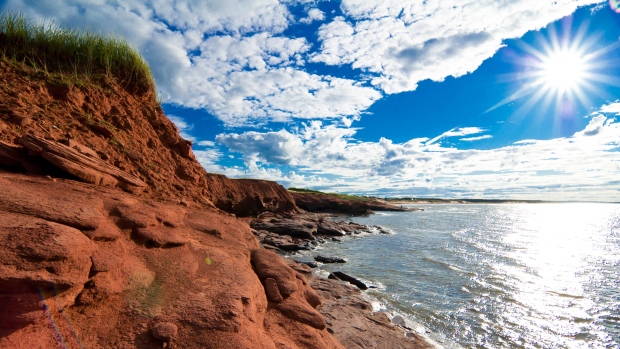 Despite its obvious claim to fame as the home of a certain literary redhead and her beloved Green Gables, Prince Edward Island is also well known for its rolling green hills, acres of farmland (potatoes, yes!) and iconic red sandy beaches.

The island’s unique red shade comes from the high iron-oxide content in the soil and makes for a beautiful, picturesque scene, especially when contrasted against a backdrop of jagged dunes and sandstone cliffs.

The province’s tourism website suggests renting a car and embarking on the charming 253-kilometre Central Coastal Drive, which passes by the famed Cavendish Beach on Green Gables Shore, on the northern portion of the route.

10 Epic Attractions across Canada Totally Worth a Visit