In early September, people living near Tsavo East National Park in Kenya came across a bizarre sight — in the middle of a dam was a strange gray lump. It was a baby elephant.

The elephant had fallen in the dam and clearly couldn’t get out on his own. He was lying on his side with his trunk raised above the water’s surface so he could breathe. 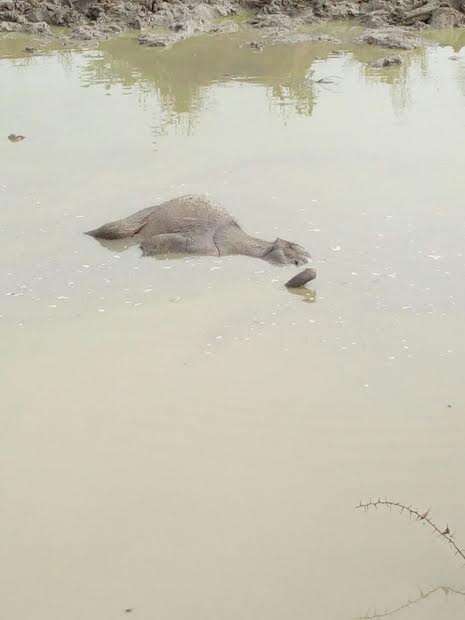 It’s possible the elephant’s family had tried to rescue the baby animal, but they may have been unable to save him, according to Rob Brandford, executive director of The David Sheldrick Wildlife Trust (DSWT), an organization that rescues orphaned elephants, many of whom lost their parents to poaching.

“The conditions surrounding the dam were extremely difficult with slippery mud, and it could be that the herd were simply unable to free the stricken calf in the treacherous mud and gave up, or that their efforts were disturbed and they fled,” Brandford told The Dodo. 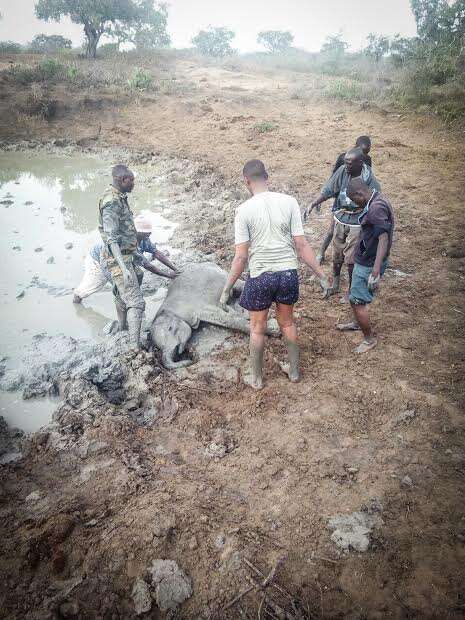 It was actually amazing that the baby elephant, who was only about 18 months old, had managed to survive in the dam at all.

“His survival is certainly credit to the fact that he has a trunk and was able to use it like a snorkel, raised above the muddy water so he could continue to breathe,” Brandford said. “Without it, he wouldn’t have stood a chance given he was submerged in the muddy water. We don’t know how long he had been stuck, but he was certainly exhausted from the effort of trying to stay alive.” 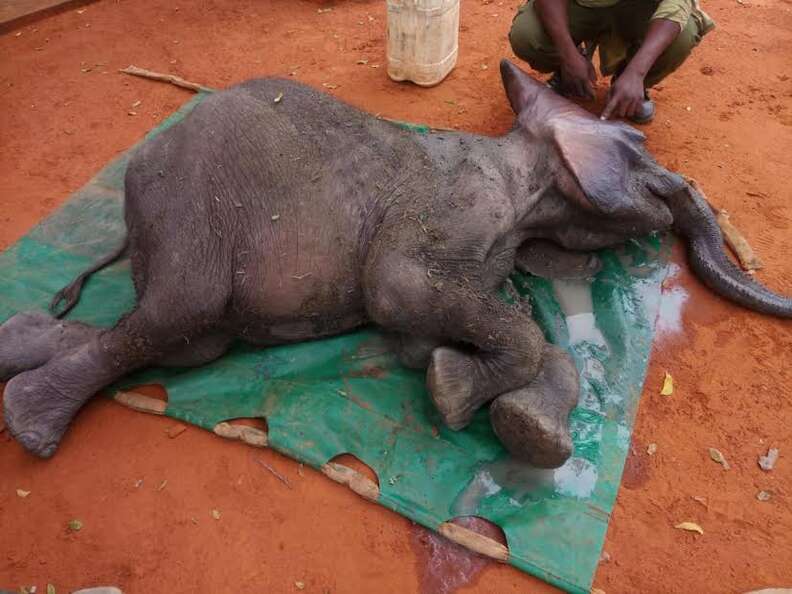 It was clear that the baby elephant wasn’t able to get out of the dam himself, so rangers from the Kenya Wildlife Service (KWS rangers) arrived to help — they removed their uniforms and waded into the water to reach him. Then they gently edged the elephant to the side of the dam, and a team worked to pull the elephant out of the water to safety.

The baby, who was later named Dololo, was finally on dry land, but he wasn’t out of trouble — he was still exhausted and sick. The KWS team loaded him onto a Land Cruiser and drove him to their camp. Then they contacted DSWT, which sent vets and keepers in a helicopter to relocate the baby elephant to the intensive care unit at the DSWT nursery. 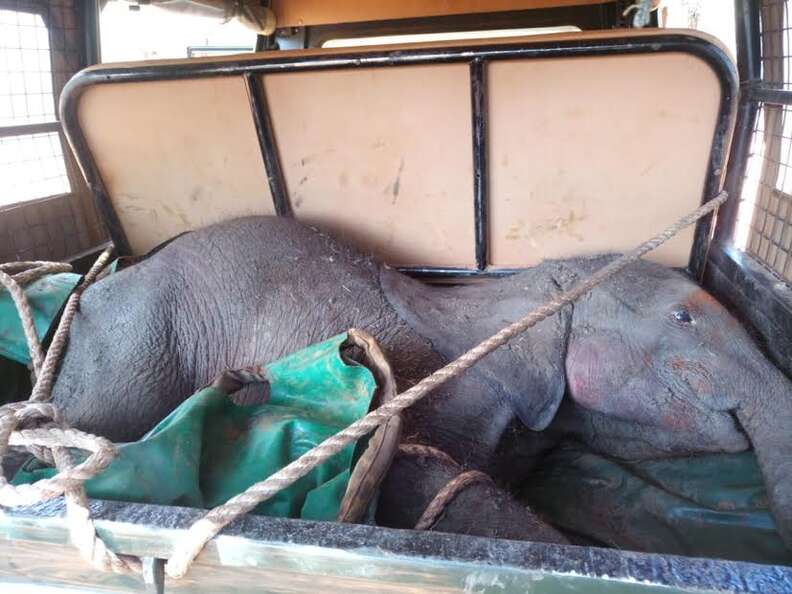 “Dololo came to us in an extremely bad way,” Brandford said. “He was incredibly weak, was suffering from an infestation of worms (that likely affected his condition before he slipped), his eyes needed attention having been submerged in foul water for hours and he had potentially ingested water into his lungs, which could lead to pneumonia. With these ailments combined, his outlook was bleak, but we persevered, as we do for all new rescues, never giving up on him or his health.” 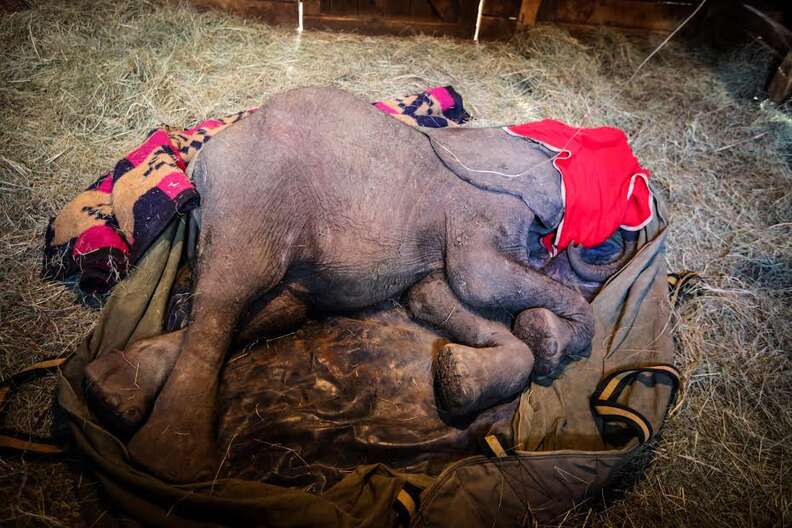 Dololo also appeared to have a strong will to live, the DSWT team observed. Once Dololo arrived at the DSWT nursery, the team tried to help him to his feet — but Dololo stood on his own.

“Considering how weak and exhausted he was, it was surprising that he was able to stand unaided so soon after his rescue, as many orphans are unable to achieve this,” Brandford said. “It’s [a] testament to his strong character and desire to live.” 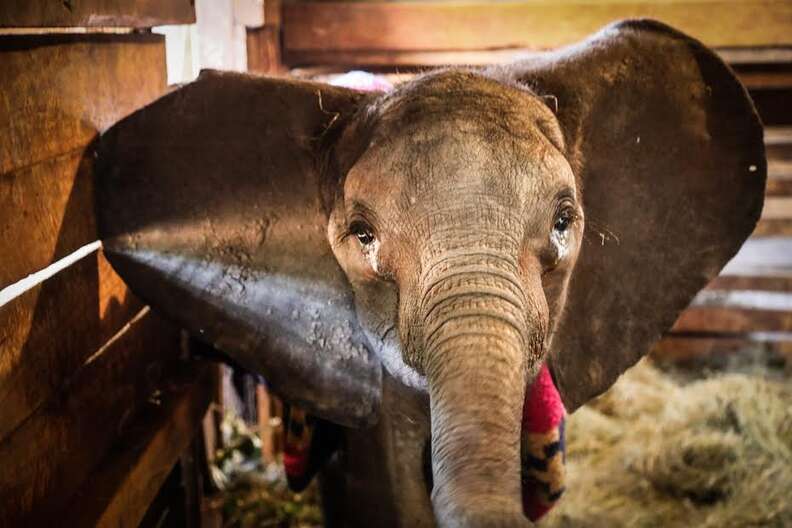 With the loving care of the DSWT keepers and vet team, Dololo slowly regained his health. He eagerly drank from the bottles of milk the keepers offered to him, and ate the fresh greens provided to him each day. Once he was strong enough, Dololo was able to join the larger herd of orphaned elephants who live at the DSWT center. 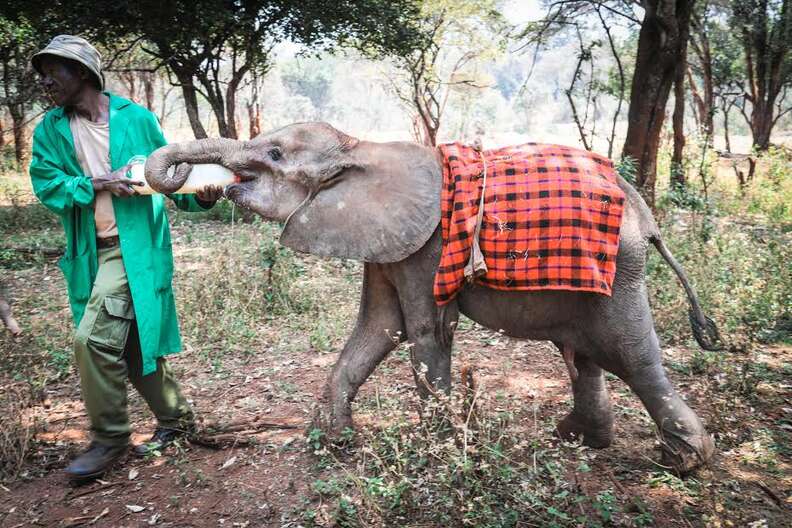 “Dololo has settled in very well and quickly with the rest of the orphan herd, who made a real effort to welcome him and let him know that he is now in a place of safety,” Brandford said. “For instance, when Dololo first arrived, his stockade neighbor Emoli seemingly understood his vulnerability and, throughout the night, kept checking on the little one, resting his head across the partition of the stockade next to Dololo.”

Dololo will remain in the care of DSWT for many years. But once he’s grown up, he’ll be released back into the wild, which is where he truly belongs. 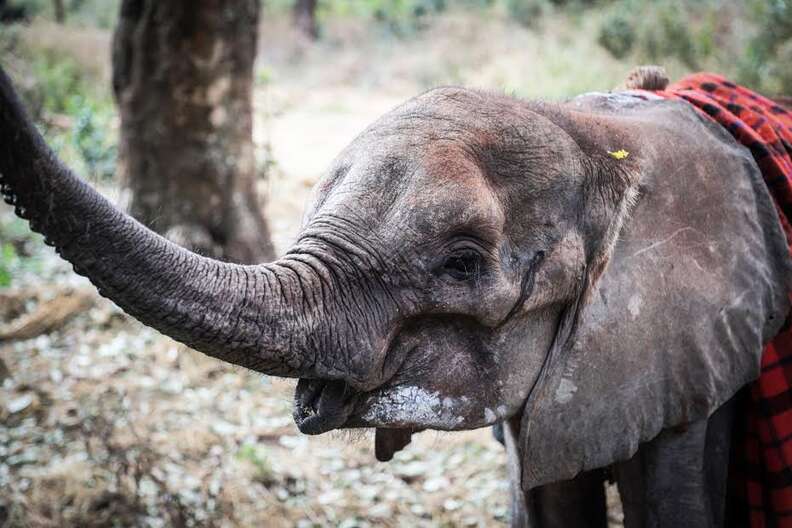 “Reflecting on his ordeal, Dololo is incredibly lucky to have been saved in time, and it is so satisfying to see him come alive as his condition improves,” Brandford said. “Knowing that we have afforded him a second chance at survival and a life in the wild when he is fully grown is immensely uplifting and we are delighted to get to know this little bull and offer him a new, loving family.”