Guests and staff at a vacation spot in Kenya acted fast when they spotted a baby elephant being swept away in a flooding river — and it meant the difference between life and death for the little animal.

“Our staff and guests were involved in the dramatic rescue of a baby elephant from the flooded Ewaso Nyiro river,” Elephant Bedroom Camp (EBC), on the Samburu National Reserve, wrote earlier this month. 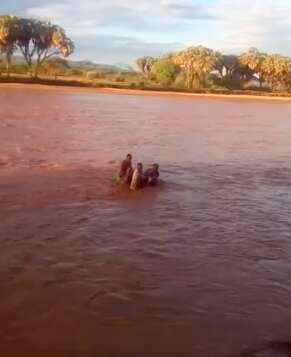 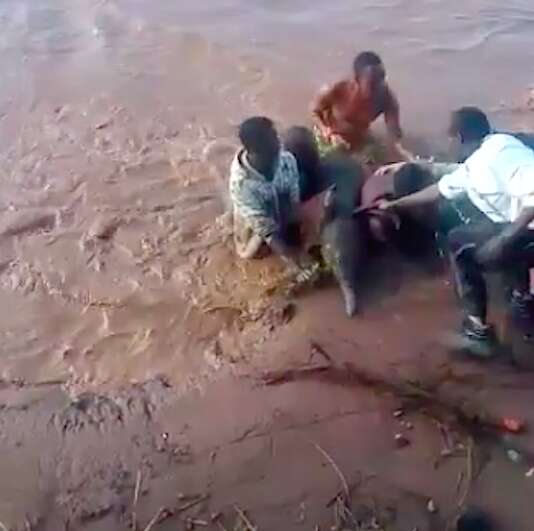 A bystander managed to catch the moment on camera. A group of staffers can be seen swimming in a group in the middle of the river. As they approach the bank, they tiny elephant they’re holding becomes visible. Men on shore rush to help them.

“The elephant calf whose mother could not be found was taken to the Reteti Elephant Orphanage in Namunyak Conservancy Samburu with help of Save the Elephants organization and Samburu National Reserve rangers,” EBC wrote. 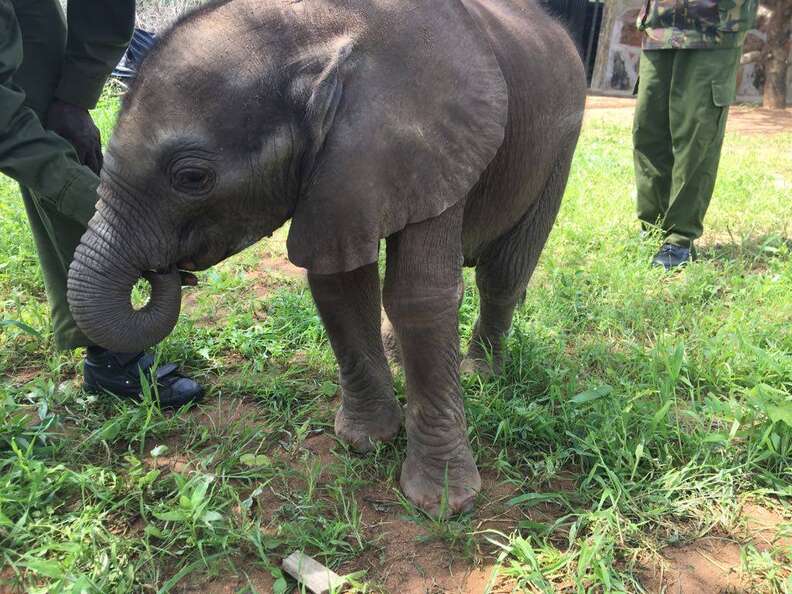 The baby turned out to be a little girl. Rescuers named her Ewaso, after the river where she was found.

Even though people were worried for Ewaso’s health after all the water she swallowed while fighting to stay afloat, after just a few solid days of rest and comfort at the sanctuary, Ewaso was already doing better. She was even ready to meet some new friends.

“She was recently getting a mud bath along with Lemorijo, another recent rescue who is 2 months old,” Katie Rowe, one of the founders of the sanctuary, told The Dodo. “The mud acts as a sunblock and as an insect repellent.”

Ewaso is turning out to be quite a character, “very spunky and charismatic,” according to Rowe. “The other day, when it started raining, we had her go inside to her stall. She started trumpeting at everyone to let them know she wanted to keep playing outside. Then, when we let her out, she went barreling into the grass with her keeper.”

Ewaso’s keepers, Mike and Leado, are seasoned in raising vulnerable rescued elephant calves to be strong juvenile elephants, ready to go back to the wild. “Ewaso is in the best of hands,” Rowe said. “Someone is always with her, and Leado sleeps with her in the stall at night to be sure she is OK.”