The two-year-old jumbo named Chabakeaw was trapped alone in mud in Bueng Kan, northeastern Thailand, on April 4 and rescued by wildlife officers.

After five months of being hand-reared and nurtured, the department decided to release the baby back to her natural herd. 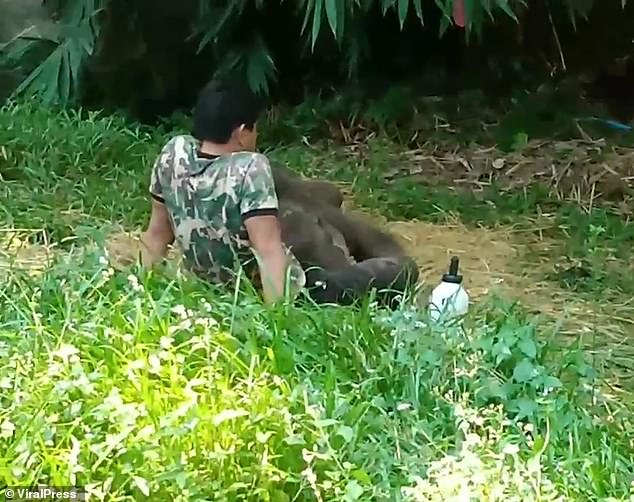 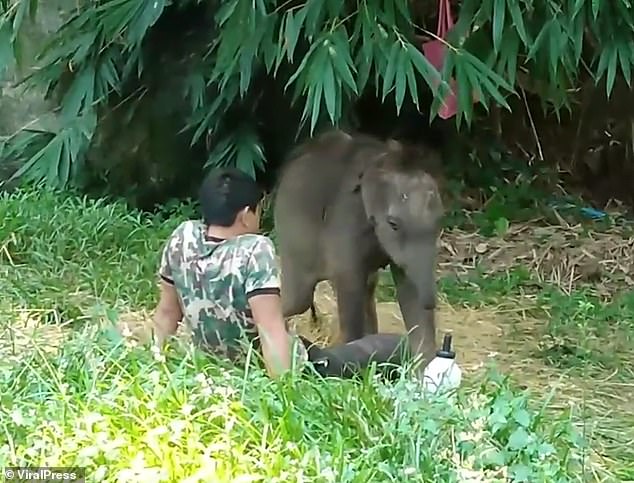 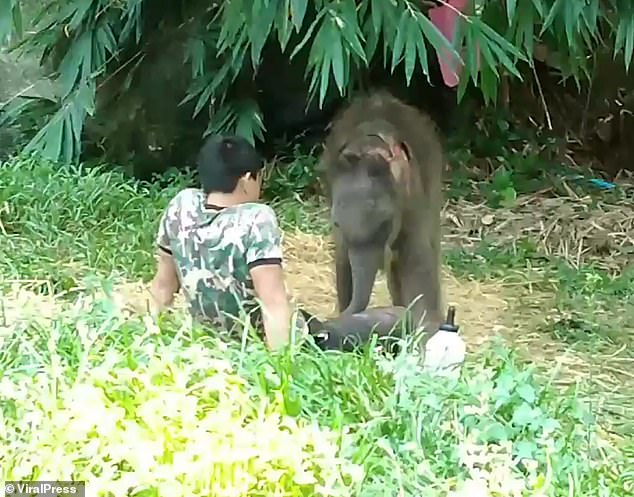 However, on September 20, the officers discovered that she had been abandoned again, around a mile away from the release spot. 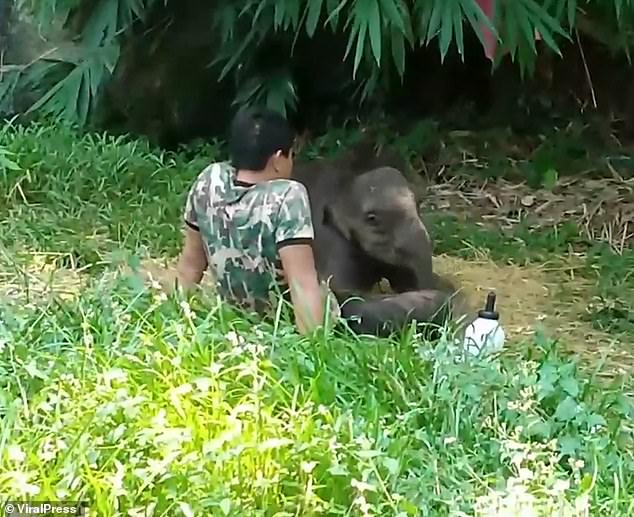 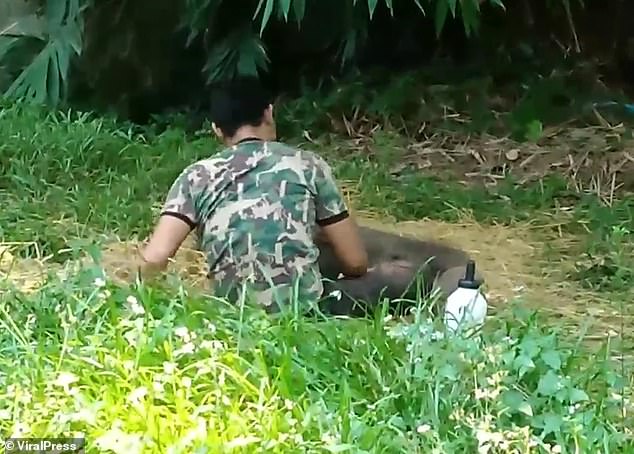 Here, her human ‘parent,’ can be seen petting her after she lays down for a slumber
Pichet Noonto, an elephant specialist from the IUCN Species Survival Commission, explained that the problem with Chabakeaw is that she now cannot blend into the herd after she was left when she was just a baby.

He said: ‘We believe that she was not accepted by the herd leader, which is a consequence of her being raised by humans for over five months. She would have had difficulty adapting to the elephant behavior in the wild and been kicked away.