The joey injured her arm when she fell from a tree in a Blue-gum plantation logging area. Sadly, the mother of a 150-day-old baby koala who, at the time, weighed just around 500 grams (~1lb) did not survive. 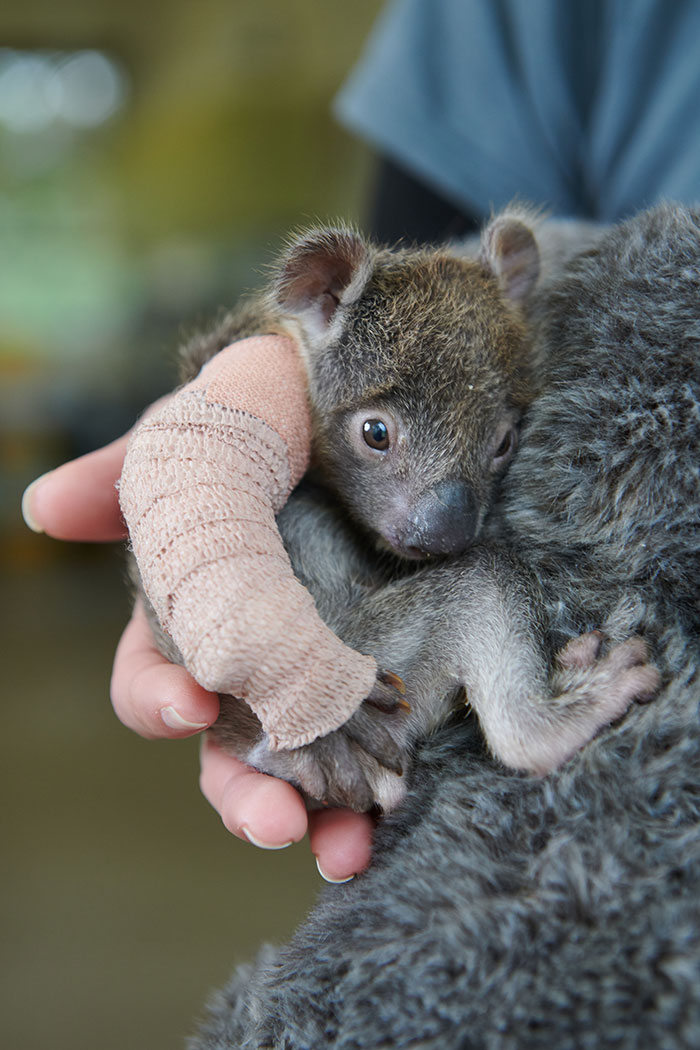 Her severe injuries led a veterinarian to make a tough decision to e.u.t.h.a.n.i.z.e the mother koala. However, her baby was set to have a more fortunate fate. 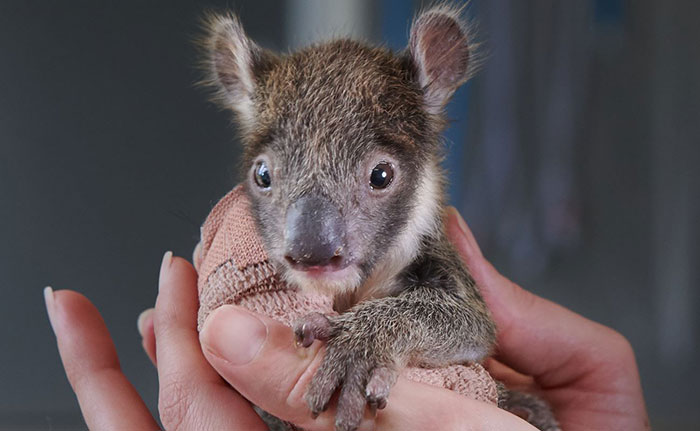 Even though, when the tiny joey was rescued and brought to the veterinarians of Werribee Zoo, chances of her survival seemed to be slim. 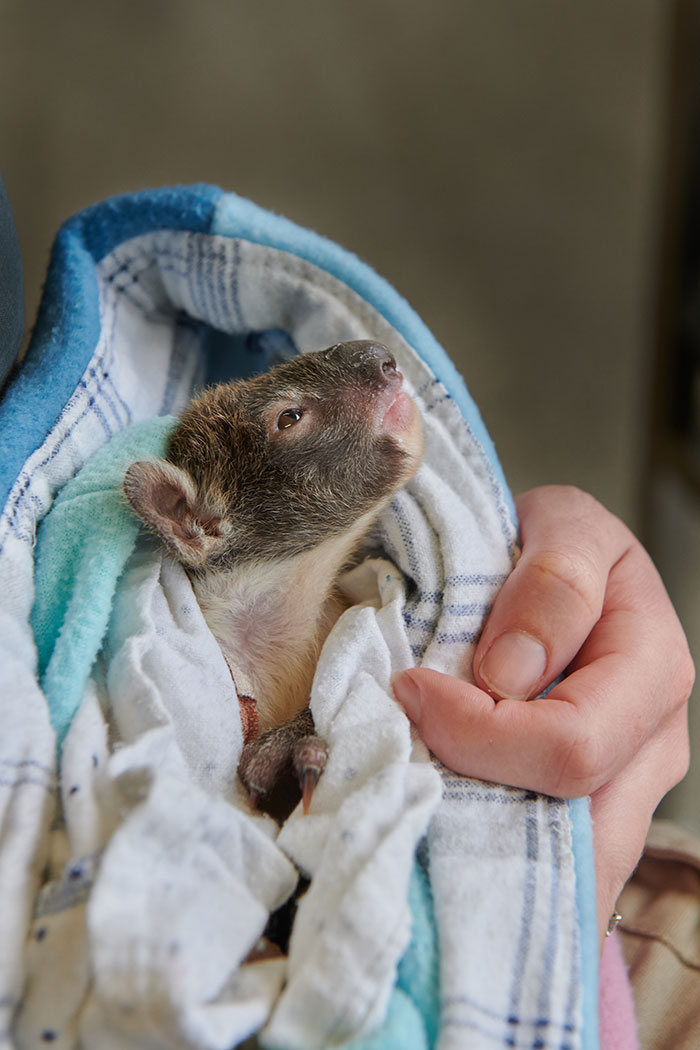 “It was really touch and go when she was brought to us,” said Werribee Vet Nurse Jess Rice. “She was just at the stage where she would have been starting to poke her head out of mum’s pouch. Joeys that size don’t have a good survival rate in care.” 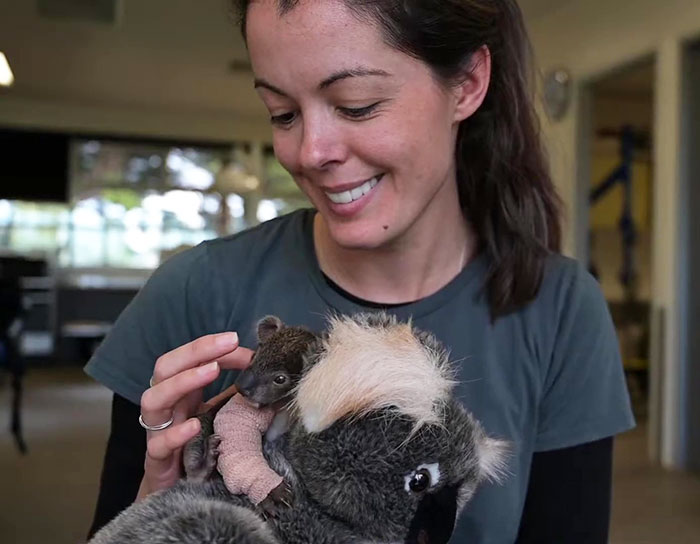 But the carers refused to give up on the tiny animal. An X-ray revealed that the baby has a fractured arm, so vets put on an adorable little cast on her limb and proceeded to provide around the clock care for her. 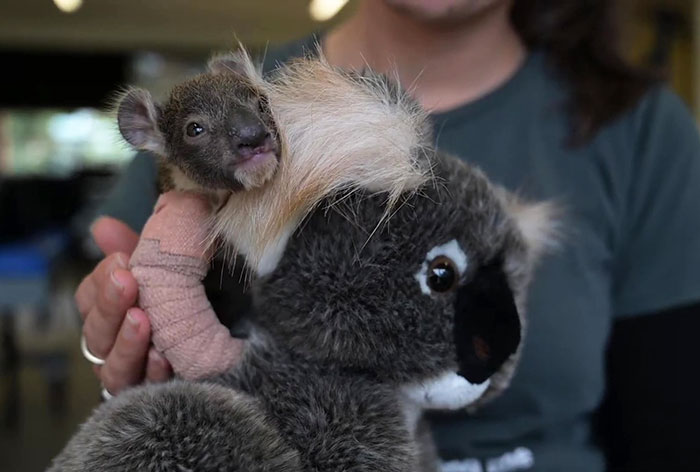 Soon, the baby recovered her strength, put on some weight and was released back to a specialist wildlife carer. “It will be more than a year before she’s old enough to be released into the wild, so she needs to be with a carer with the resources to take care of her for that long,” Ms. Rice said.

Sadly, the koala habitat is in danger of extinction. The number of these animals are declining and now they are enlisted in the IUCN’s “Red List,” indicating a “vulnerable” state. The koala habitat is suffering from the consequences of climate change, deforestation, and diseases.