One small step for Motola the elephant, a giant leap for the world’s injured animals.

Motola lost her foot and most of her left leg when she walked over a landmine ten years ago.

But yesterday, she stepped out happily – if a little tentatively – after being fitted with a state-of-the-art artificial limb. 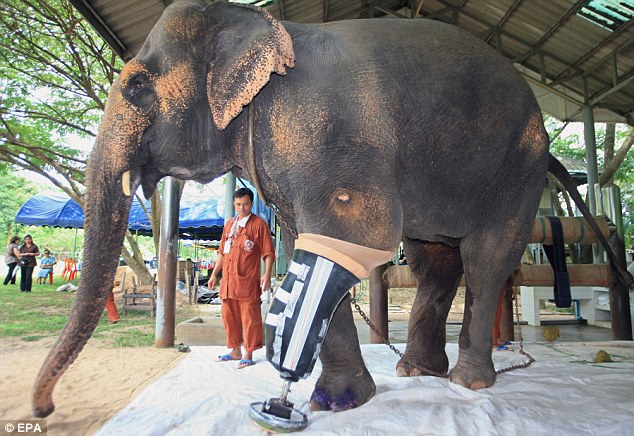 Leg up: Motala, 48, has been fitted with a prosthetic limb after her leg was blown off by a landmine

In her first stroll with the prosthesis, 48-year-old Motola walked out of her enclosure for a few minutes, grabbed some dust with her trunk and jubilantly sprayed it in the air.

‘It has gone very well – she has walked around twice,’ said Soraida Salwala, founder of the Friends of the Asian Elephant Foundation in Thailand.

‘She has not put her whole weight on it yet, but she’s OK.’ 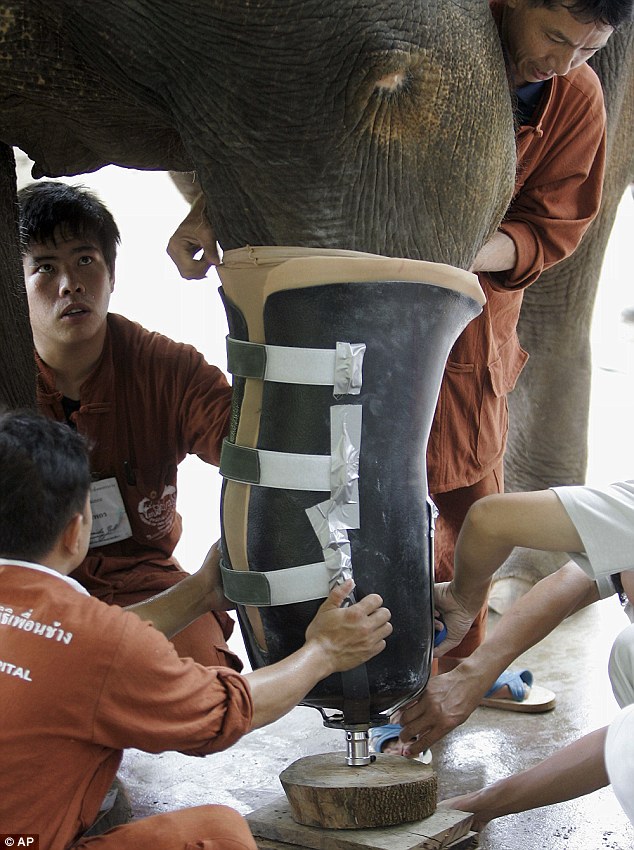 Easy does it: Elephant keepers help fit the artificial leg for Motola, who became a symbol of the plight of today’s elephants

Motola was injured in 1999 while working at a logging camp on the Thai-Burmese border, a region peppered with landmines after a half-century of civil war.

Her job was to move large trees, but one lunchtime, her owner let her roam free into a nearby forest and search for food. 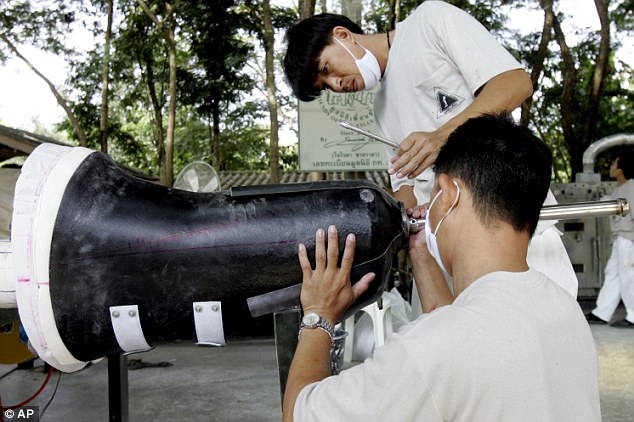 Finishing touches: Members of the Prostheses Foundation adjust the leg so that it fits the elephant exactly

She stepped on a landmine and her badly mangled leg had to be amputated.

After various treatments, Motola wore a temporary device for the past three years to strengthen her leg muscles and tendons and to prepare her for the prosthesis, which is permanent.

The operation to fit it used enough anesthetic to make 70 people unconscious – and is now in the Guinness Book of World Records. 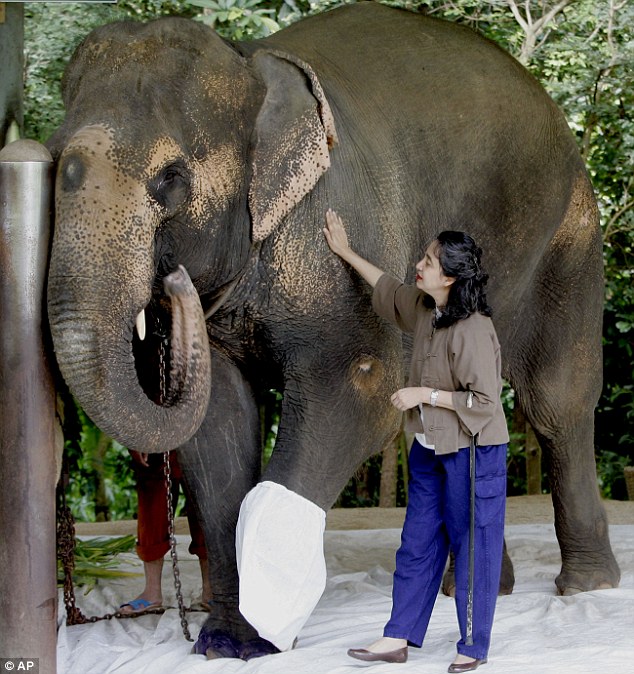 Comfort: Solaida Salvala, the founder of Friends of the Asian Elephant group, consoles Motola before the fitting at the Elephant Hospital in Lampang, northern Thailand

The artificial leg was made by the Prostheses Foundation, which also manufactures artificial limbs for human amputees.

Motola was treated at the Elephant Hospital – the first in the world – in northern Thailand.

Since it was set up by Soraida in 1993, it has treated thousands of elephants for medical problems ranging from eye infections to gunshot wounds.

The number in the wild has dropped dramatically, while domesticated elephants – the truck, taxi, and logging workers of Thailand – have fallen from 13,400 in 1950 to 2,500 today, due to modernization.

The only growth industry is tourism, which uses elephants for trekking. 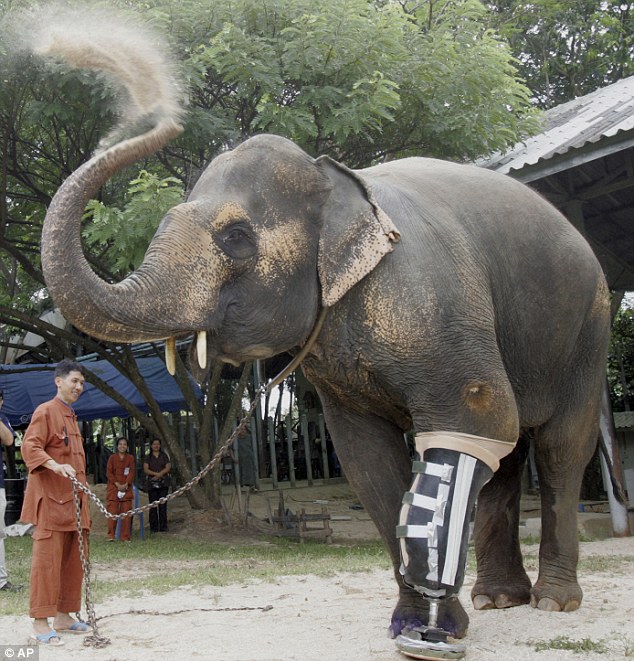 Success: Motola splashes dust in the air after walking out of an enclosure with her newly-fitted artificial leg