Many animals suffering from drought in Africa are desperate for rain — but when it comes, it can cause some unexpected problems.

For one devoted elephant mom with a newborn, a sudden shower threatened to separate her from her baby forever. 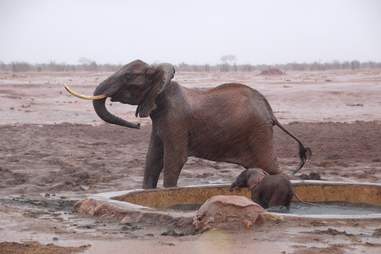 The baby had s.l.i.p.p.e.d into a drinking trough in Kenya’s Tsavo National Park, and the mud made it impossible for the newborn’s little legs to climb out.

Luckily, people were watching. Some visitors reported the scene to the park authorities who arranged for a rescue team to come from David Sheldrick Wildlife Trust (DSWT), an invaluable rescue organization for elephants and rhinos. 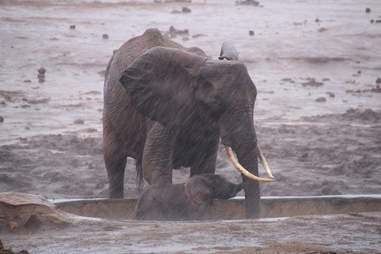 The mother elephant was trying desperately to shelter her baby and to help her out of the trough, but she couldn’t get a good grip on her infant.

“Arriving at the scene with heavy rain still falling, our teams guided the mother a safe distance away so they could lift the days-old calf out,” DSWT wrote on Facebook. “All the while, her mother had circled in the distance, desperate to know what was happening.” 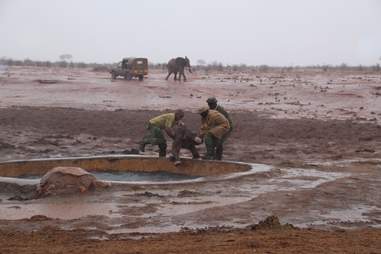 It took three men to lift the newborn out of the trough. They were gentle and tried to keep the baby calm while she was separated from her worried mom. 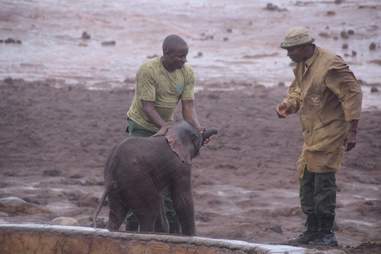 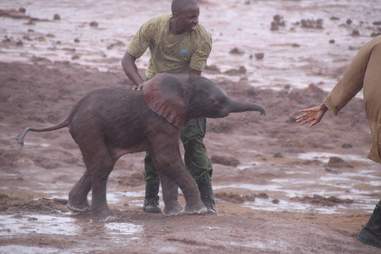 Finally freed, the baby was led back within view of her mom, who was visibly relieved her baby was out of danger.

“The minute she saw her baby free and heard her calf’s cries, she raced over to her side,” DSWT wrote. 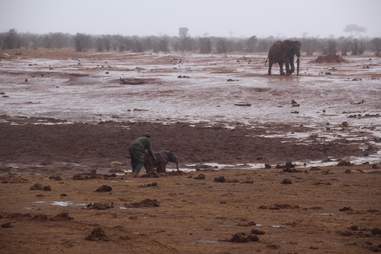 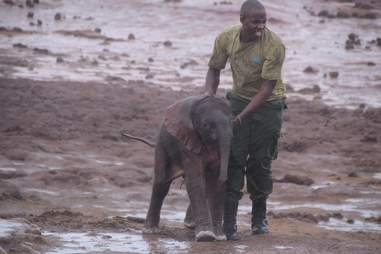 Then, as the little family was leaving, the mother elephant seemed to give a signal of thanks to the men who rescued her baby. “Mum circled with her head and tail held high, looking in the direction of the vehicles and men, comprehending that she and her calf had been given a helping human hand,” DSWT wrote. 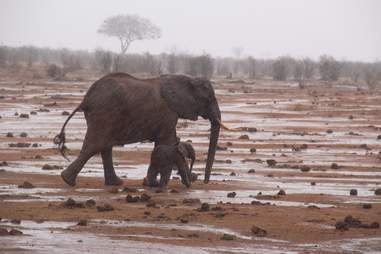