This is the magical moment a baby giraffe was welcomed into the world by its doting mother before taking its first tottering steps during a once-in-a-lifetime sighting.

Wildlife photographer Richard Lane, 46, waited for two hours for the mother to give birth after his guide spotted she was going into labor in the Masai Mara, in Kenya.

The tiny calf dropped six feet to the ground before mum helped clean the youngster up and protect it until it was ready to take its first steps. 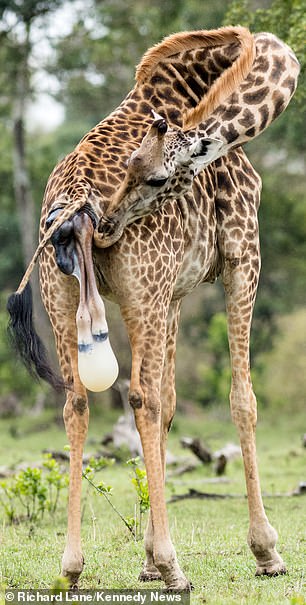 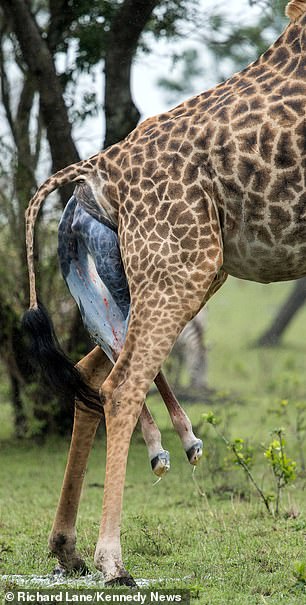 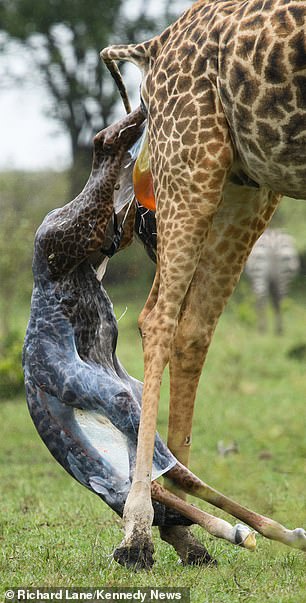 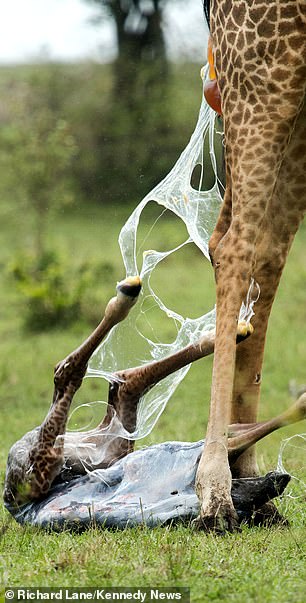 Mr. Lane said he and his safari guide waited for two hours as the mother battled through labor before the baby tumbled out in just a matter of seconds

After an hour the infant began to gingerly get to its feet and walk around, marking the beginning of its life in the game reserve.

He said: ‘We were awestruck by the beauty of the moment – most people will never get to see this.

‘This was a once-in-a-lifetime opportunity to see such an amazing natural event. Seeing the baby emerge was such a magical moment.

‘We’d been watching for two hours after the giraffe first showed signs of being in labor.

‘I knew once it started to drop, I would have only seconds to capture the whole sequence. 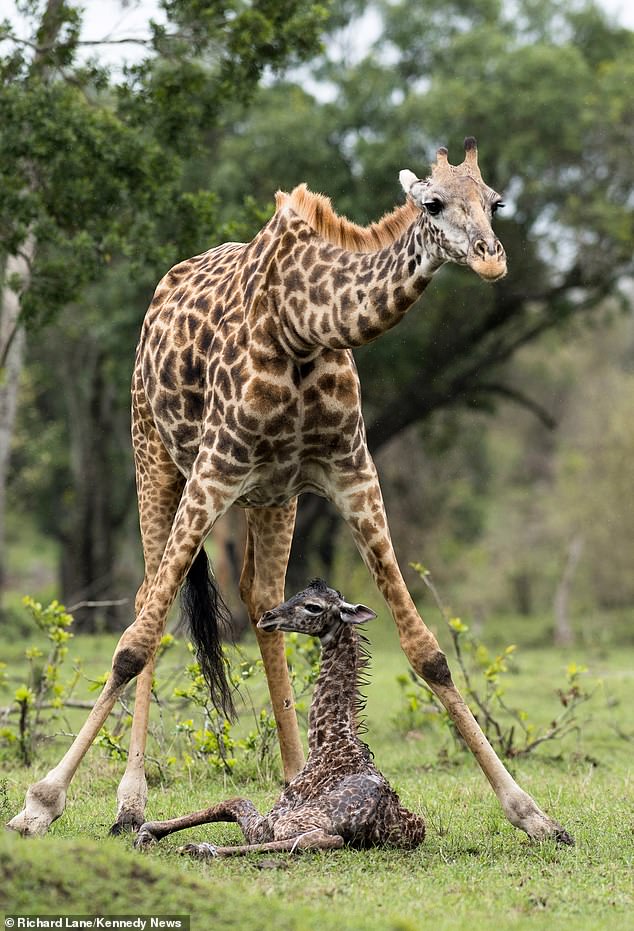 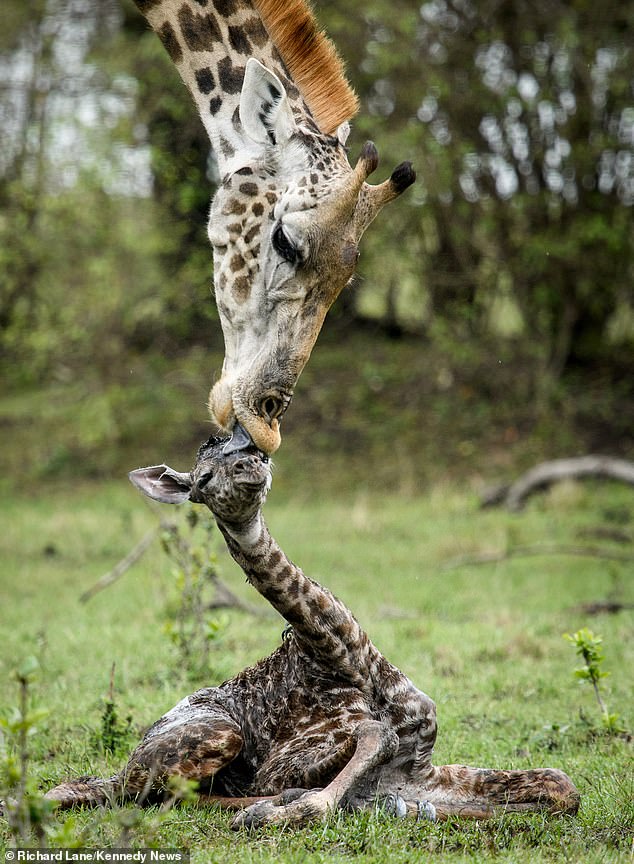 The mother giraffe spent an hour cleaning up her new baby while a stunned Mr. Lane and his guide looked on, taking pictures

‘Once the youngster was born, its mother cleaned it and encouraged it to its feet. It was just over an hour before the little one took its first tottering steps.

‘As we watched the animal giving birth, we were all quite tense.

‘We hoped it’d happen relatively quickly as it was our last morning and we had a flight to catch.’

As Richard and his safari guide watched the birth, they were both delighted by the very rare’ sighting.

Richard said: ‘To be able to witness it in its entirety was very rare – even our guide who is there every day of the year had not witnessed this before.

‘At the time we were by the Mara river having breakfast and another guide told us a giraffe looked like she was due to give birth. We raced there to make sure we witnessed it. 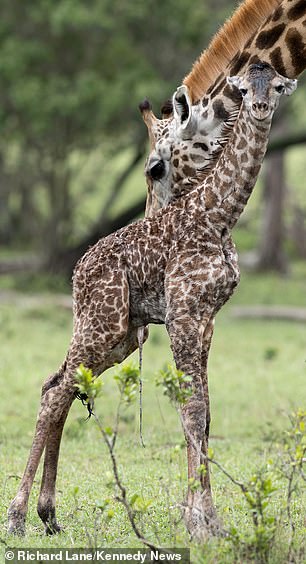 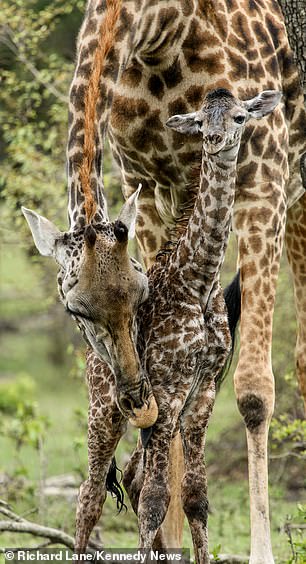 After around an hour, the baby managed to get to its feet and took its first ginger steps into its new world

‘I couldn’t believe how quiet the whole process was, the mother didn’t make a sound during the whole three hours.

‘This is so she doesn’t attract any predators – it was a real example of natural grace.

‘Even now people are amazed to see the images and have the privilege of sharing the precious moment.

‘A commonplace event such as this is truly magical to watch as a human – it’s rarely seen in the wild.

‘We miss so much [in daily life] because we fail to look around us at the natural world or they take place hidden away at times we can’t see them.’

By CHRIS PLEASANCE FOR MAILONLINE