New Zealand is home to 13 national parks, some of which even get to claim World Heritage status. Popular among hikers and nature lovers alike, each of these magnificent areas have a sense of uniqueness that’s hard to come by elsewhere. Want to know which ones to put on your must-visit list? Here’s how we rank them. 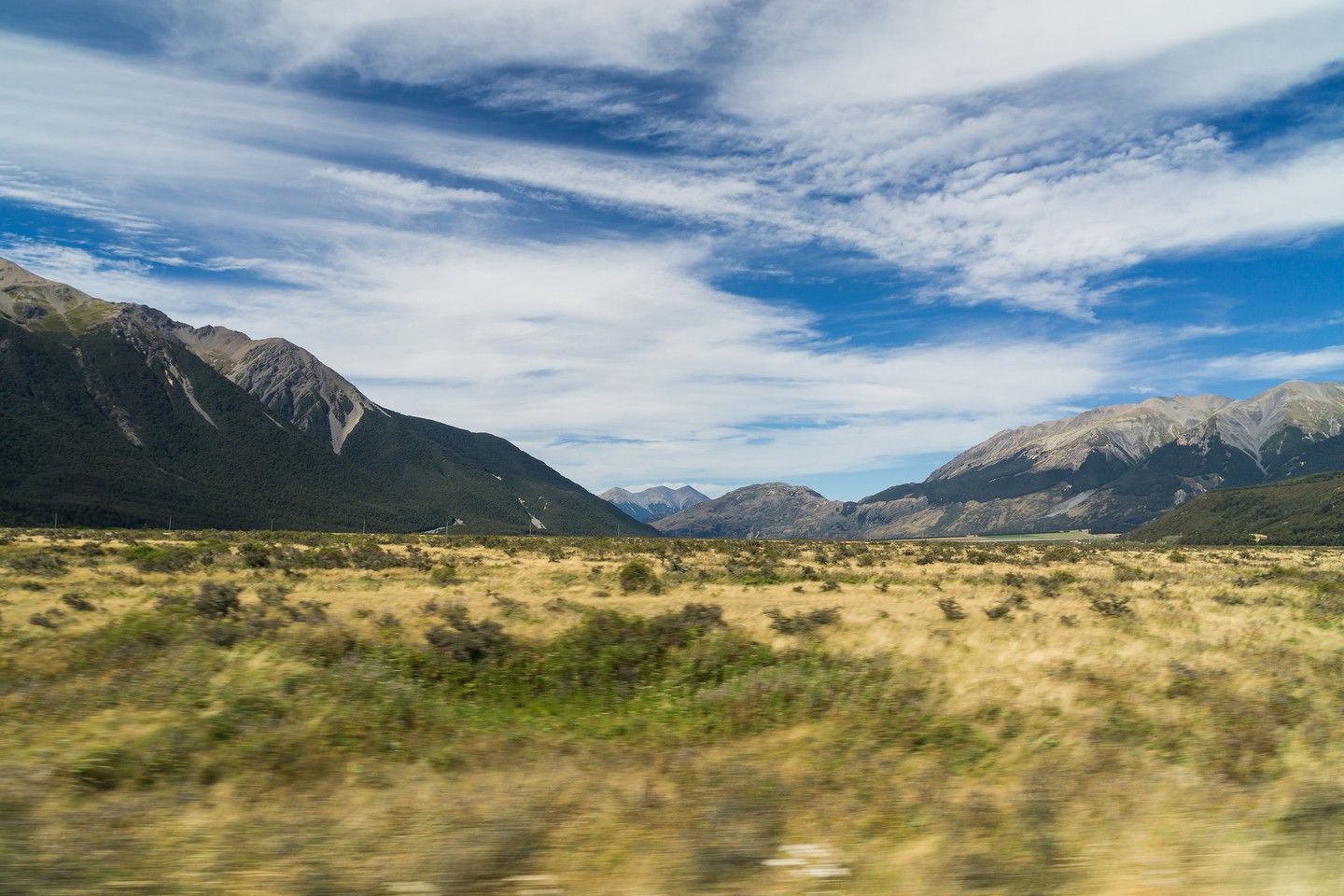 Arthur’s Pass is the highest along the Southern Alps, in the area that divides the West Coast and the Canterbury region. The national park of the same name is characterised by expansive shingle-filled riverbeds and beech forests in the east; and dense forests with deeply gorged rivers in the west. A TranzAlpine train journey is one of the best ways to see the park in all its glory. 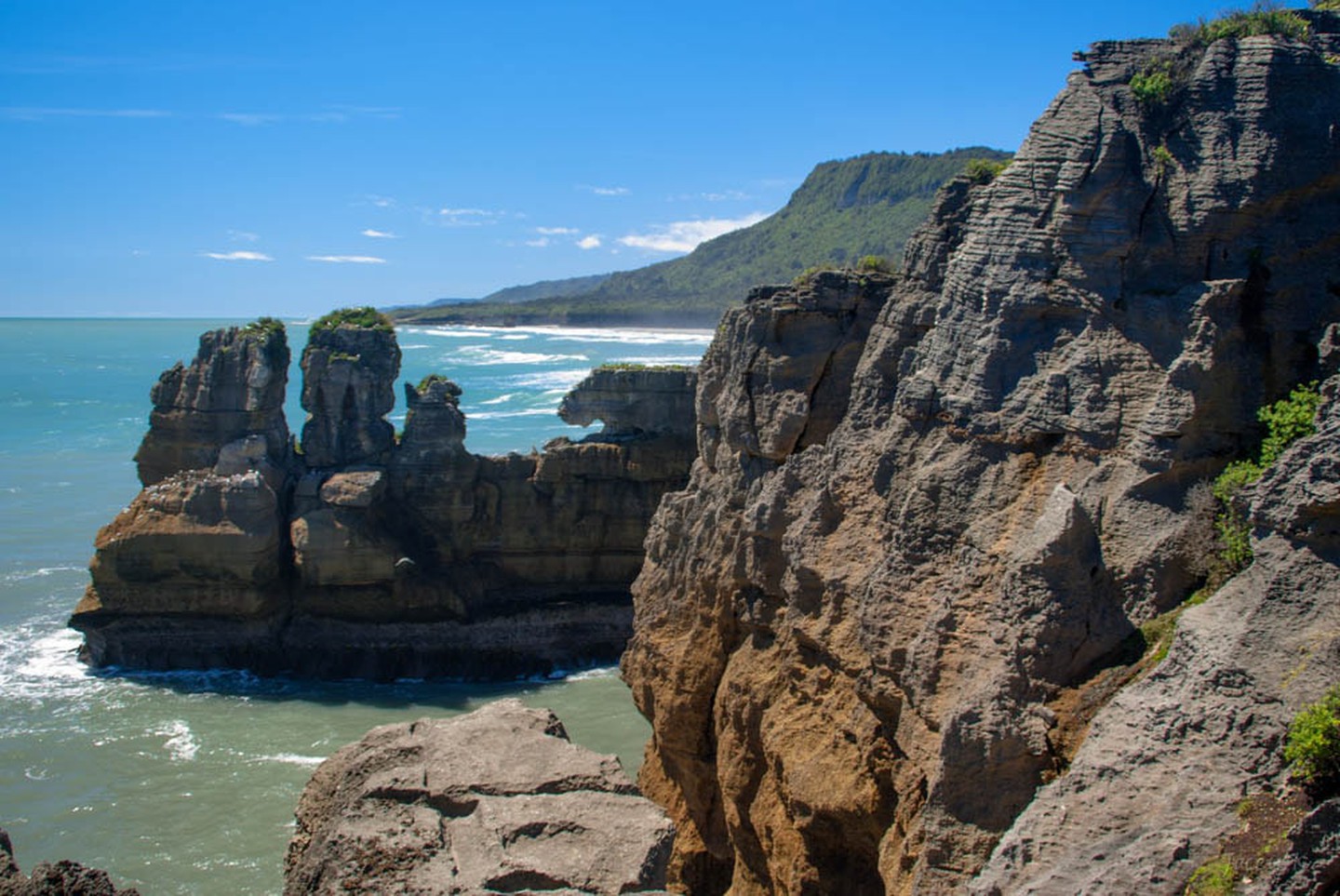 Paparoa National Park is filled with fascinating wonders. Located on the northern end of the South Island’s West Coast, the park stretches from the ice-carved Paparoa Mountain Range all the way to the ocean. Punakaiki and its intriguing Pancake Rocks are among the park’s most distinguished features. 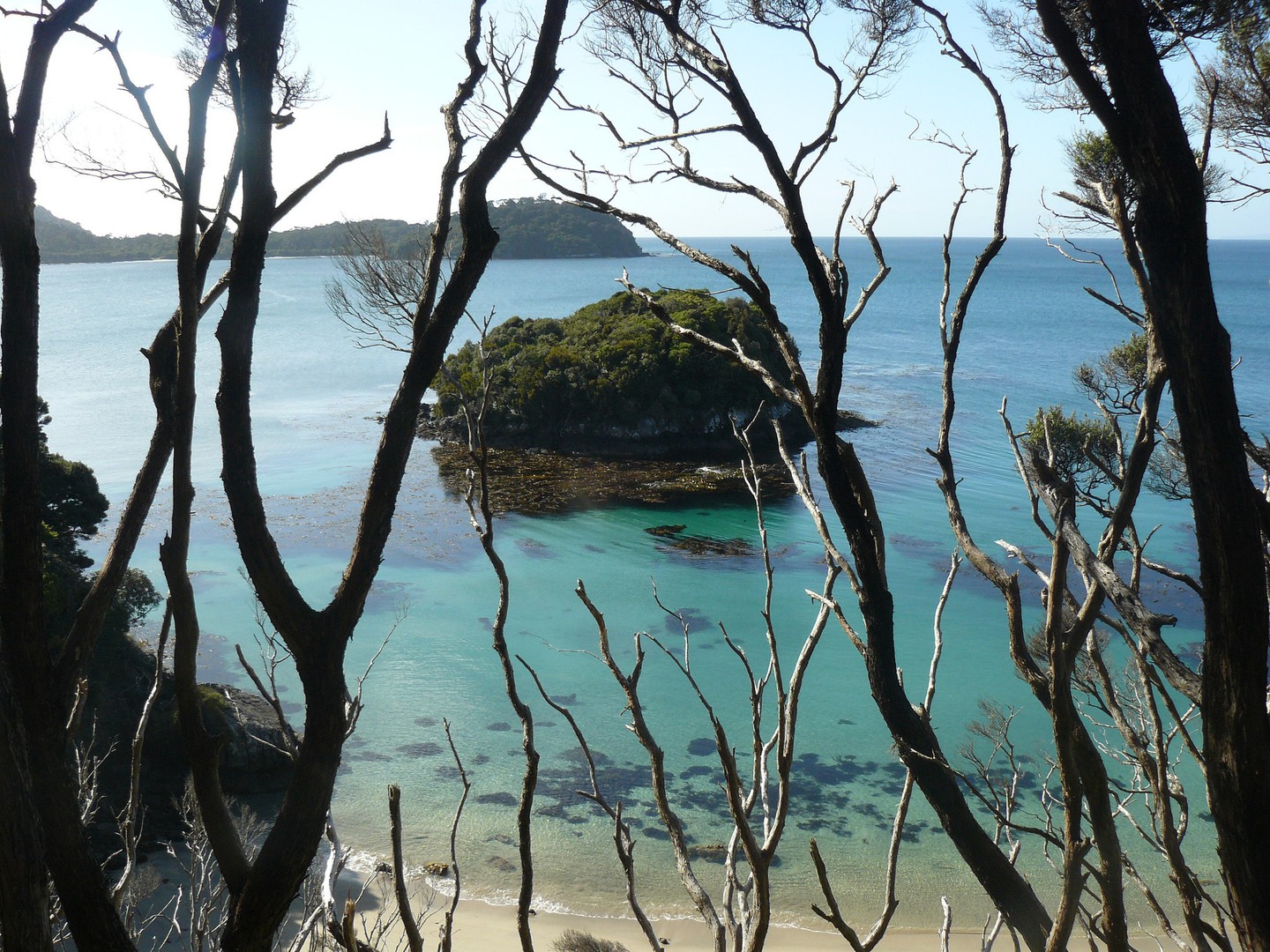 This one’s a bit further out from the rest. Rakiura National Park resides in sub-antarctic ecological wonder that is Stewart Island, taking up 85 percent of the island’s 2000-square-kilometre (772.2-square-mile) land area. Rakiura/Stewart Island is famous for its vast collection of nocturnal and diurnal native birds, as well as being a great place to catch a glimpse of the Aurora Australis.

Mt Egmont/Taranaki is a dormant volcano that is believed to be approximately 120,000 years old. It is known for being one of New Zealand’s most climbed mountains – a challenging feat that is also very accessible to non-mountaineers. Aside from its namesake summit, the park also comprises an extensive network of walking tracks, ranging from multi-day treks to pleasantly easy ambles. 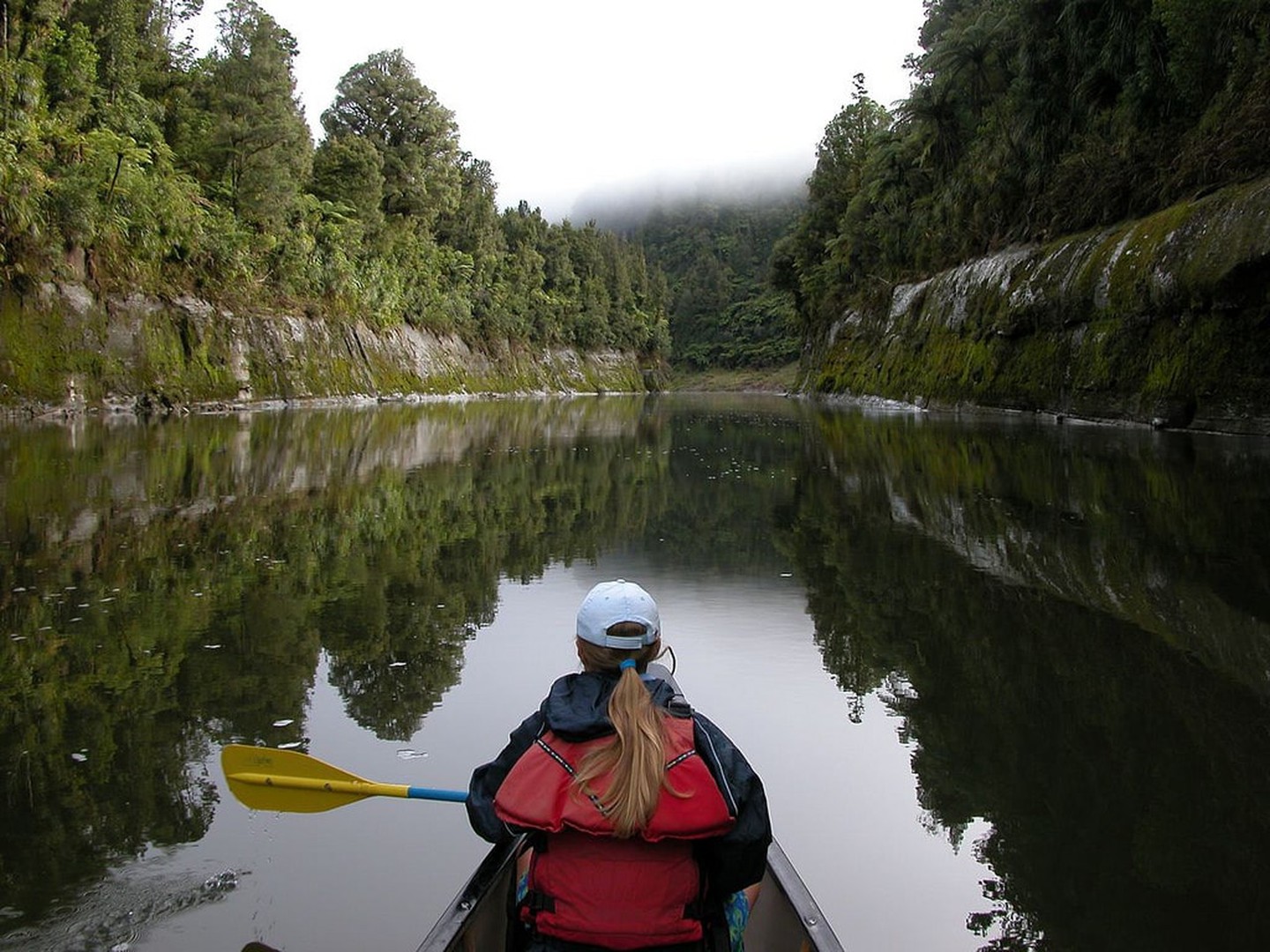 Home to New Zealand’s longest navigable river, Whanganui National Park is as much of a canoeist’s paradise as it is a great place for a forest hike. Rare bird species like the whio (blue duck) and the North Island kiwi are some of the different wildlife lurking in its surroundings. The park is also home to the Bridge to Nowhere, the final remains of an abandoned settlement that has, over the years, become quite a hit among cyclists. 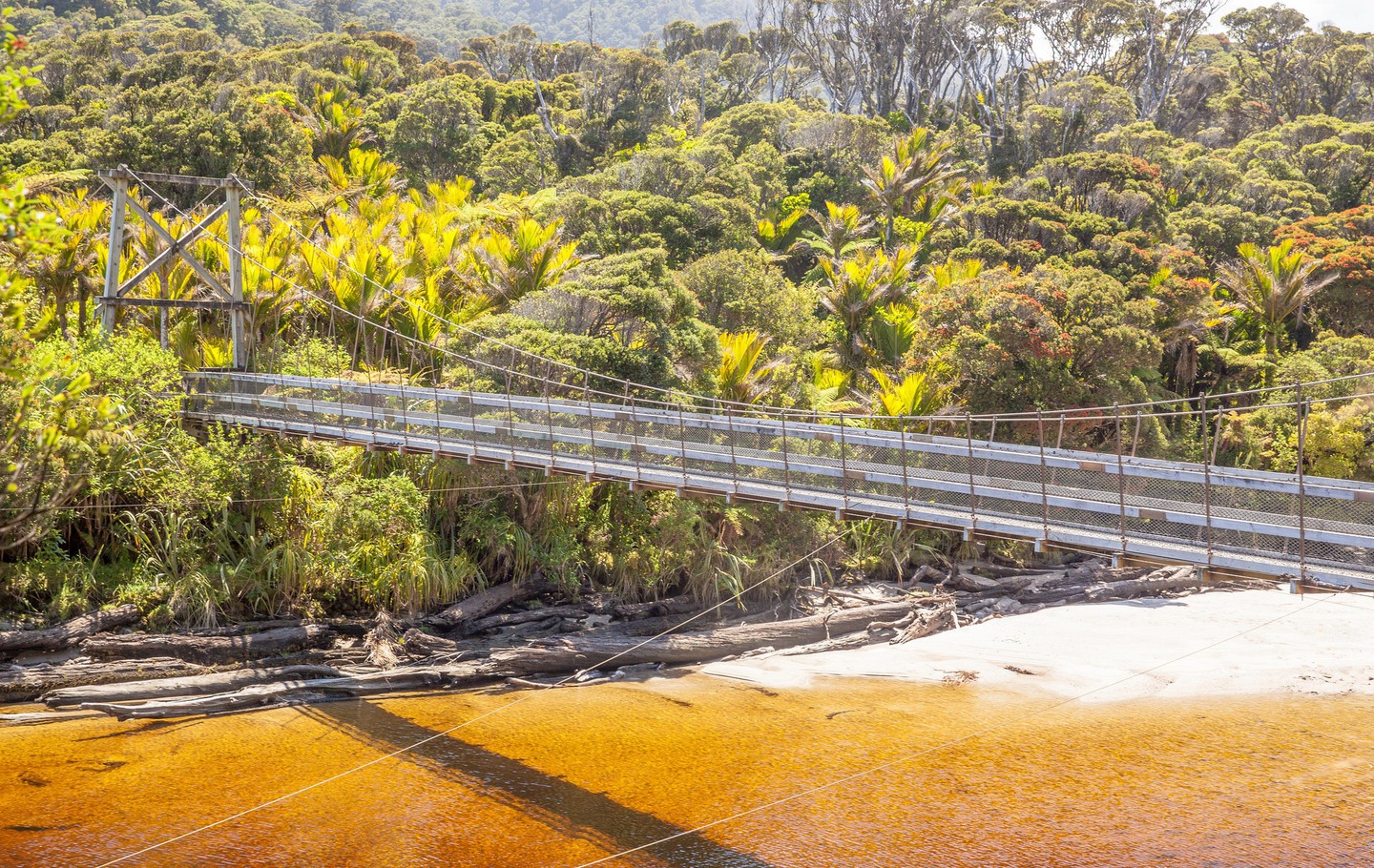 Kahurangi means ‘treasured possession’ in Maori – an apt description for this national park. Within its confinements, you’ll find some of New Zealand’s oldest rock formations, finest caving systems, most unique plant species, and the rarest of birds. The Heaphy Track, which is considered one of the country’s nine Great Walks, is also among its naturally-diverse gems. 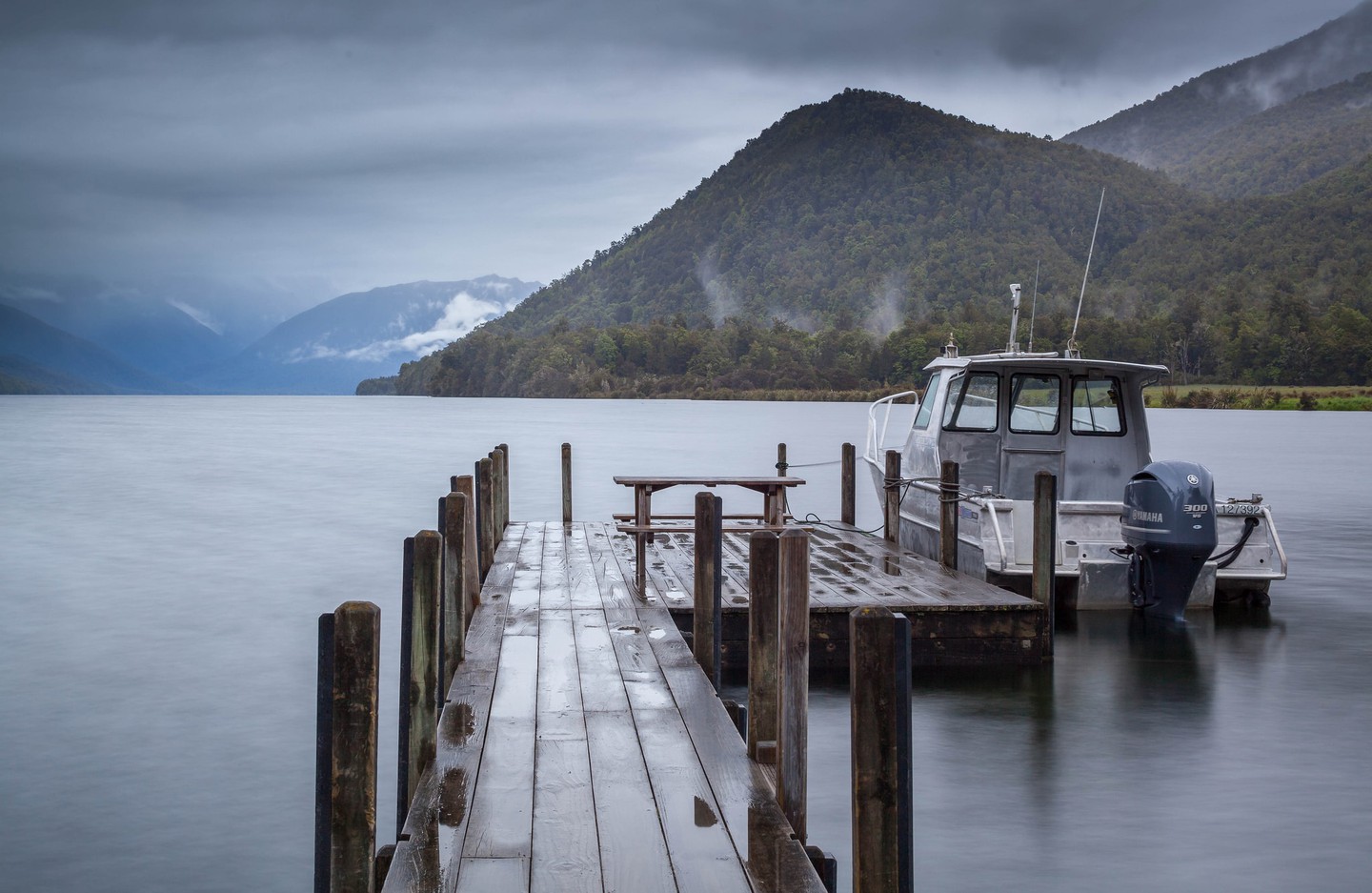 Nelson Lakes National Park carves the beginning of the Southern Alps. The compact area was melded by glacial activity, and comprises various lakes, forested valleys and mountain ranges. At the heart of the park you’ll find the alpine lakes Rotoroa and Rotoiti, which are known for being great spots for trout fishing. The surrounding honeydew forests also offer plenty of walking opportunities. 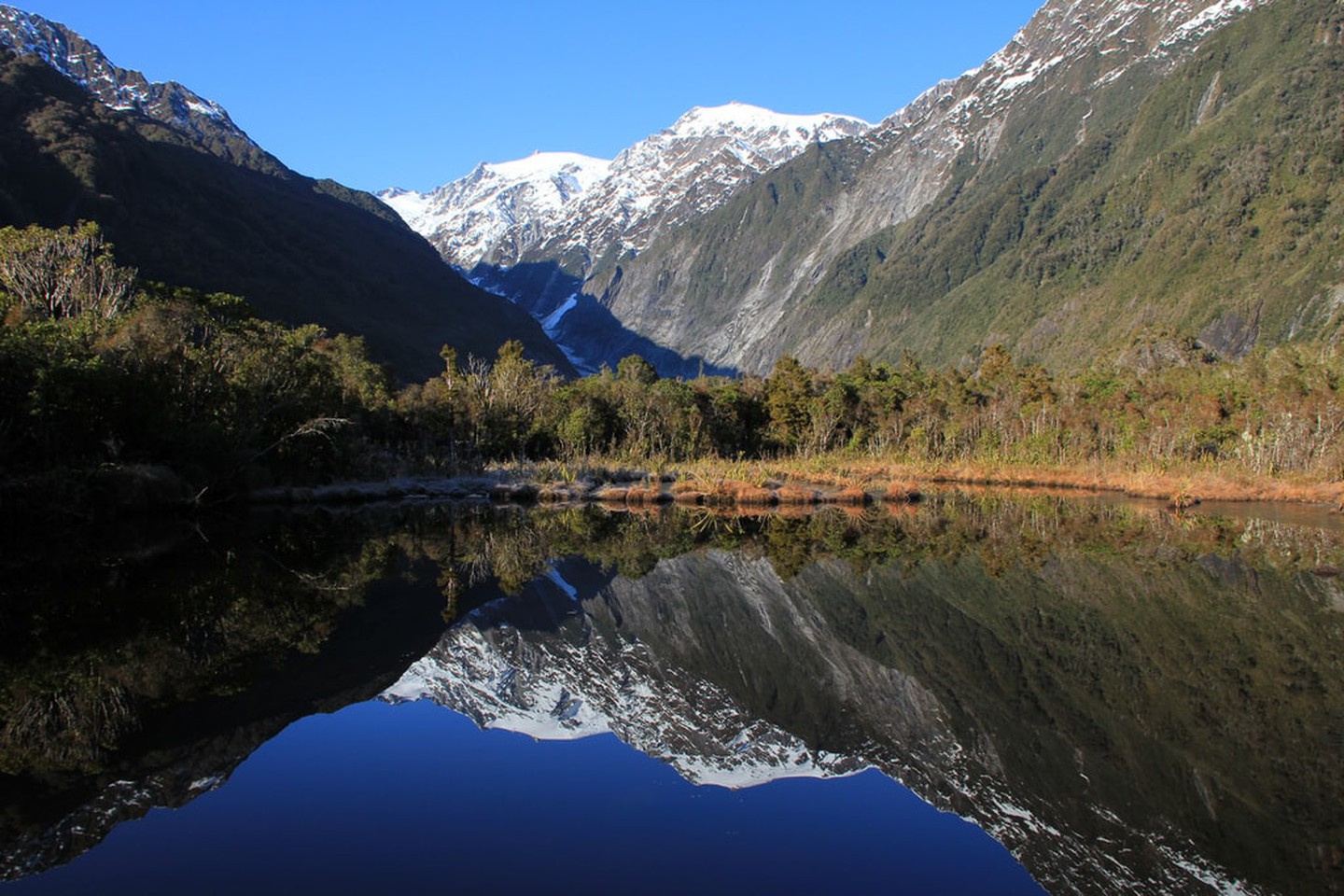 Westland Tai Poutini forms part of Te Wahipounamu World Heritage Area. Brimming with dramatic contrasts, the park extends from the Southern Alps’ highest peaks to the isolated, largely rugged beaches of the West Coast. Fox and Franz Josef Glaciers are some of its biggest draw-cards, and the area is also enveloped by lakes, grasslands, tussocks, wetlands, and snow-capped mountain ranges.

You might know Mt Aspiring National Park because of the Routeburn Track. Or, you may just have heard about its incredible mountain ranges and stunningly beautiful Blue Pools. This national park, named for one of the country’s highest peaks, is another great divider of the Southern Alps, and comprises a massive area of alpine wilderness that is set to amaze the most adventurous of travellers. 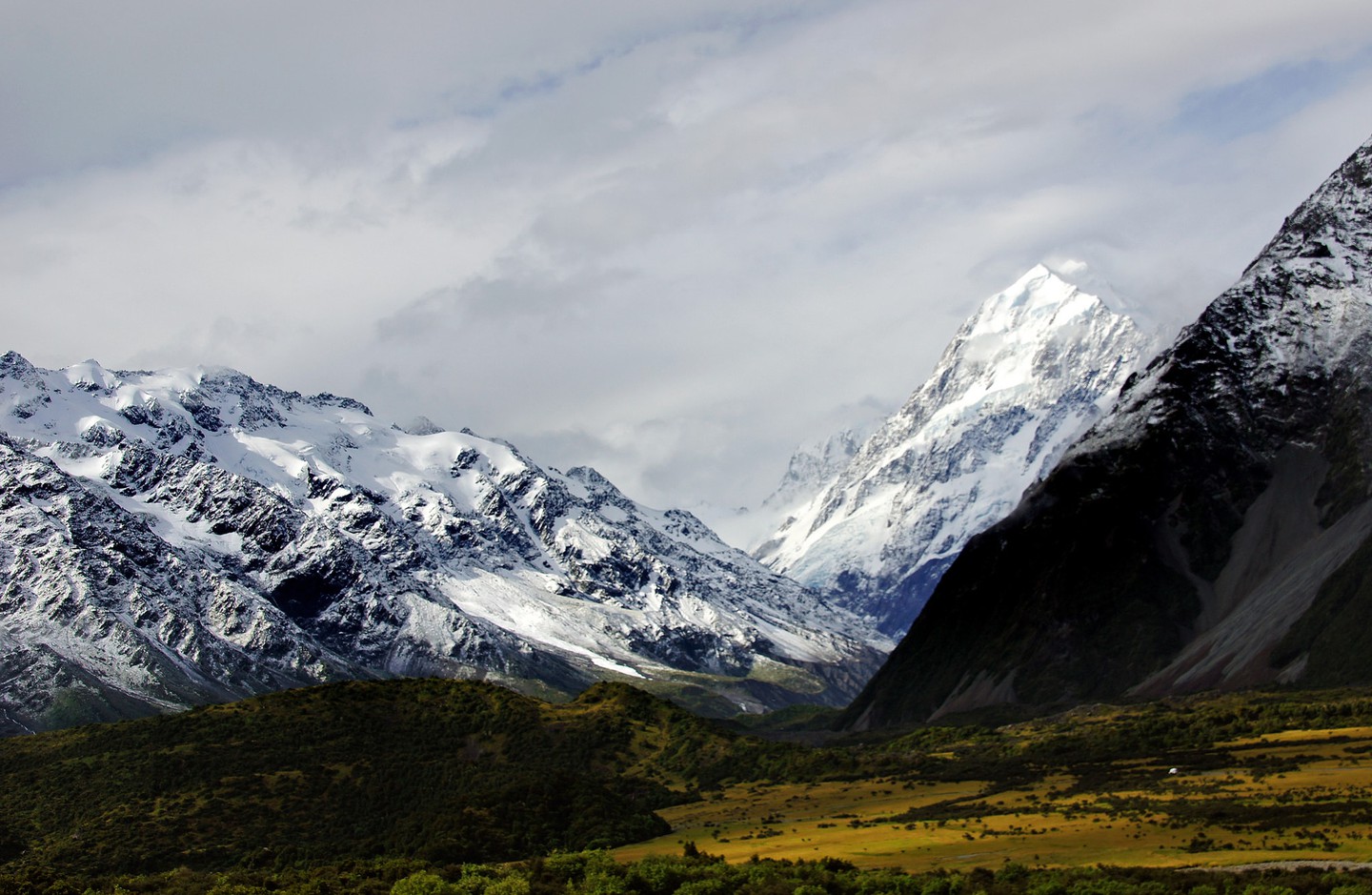 Home to New Zealand’s highest mountains and longest glaciers, Aoraki/Mt Cook National Park is a paradise for skilled mountaineers. In fact, Sir Edmund Hillary is said to have spent some time scaling its summits before making his Mt Everest expedition. Along with its soaring peaks, the national park is also known for housing New Zealand’s only International Sky Reserve.

Abel Tasman National Park may be New Zealand’s smallest, but its remote coastlines and hiking terrains have made it a standout attraction in its own right. Pristine golden-sand beaches, lush forests, ancient Maori settlement sites, and the Abel Tasman Coastal Track (another Great Walk) are some of the many wonders this national park has to offer its visitors. 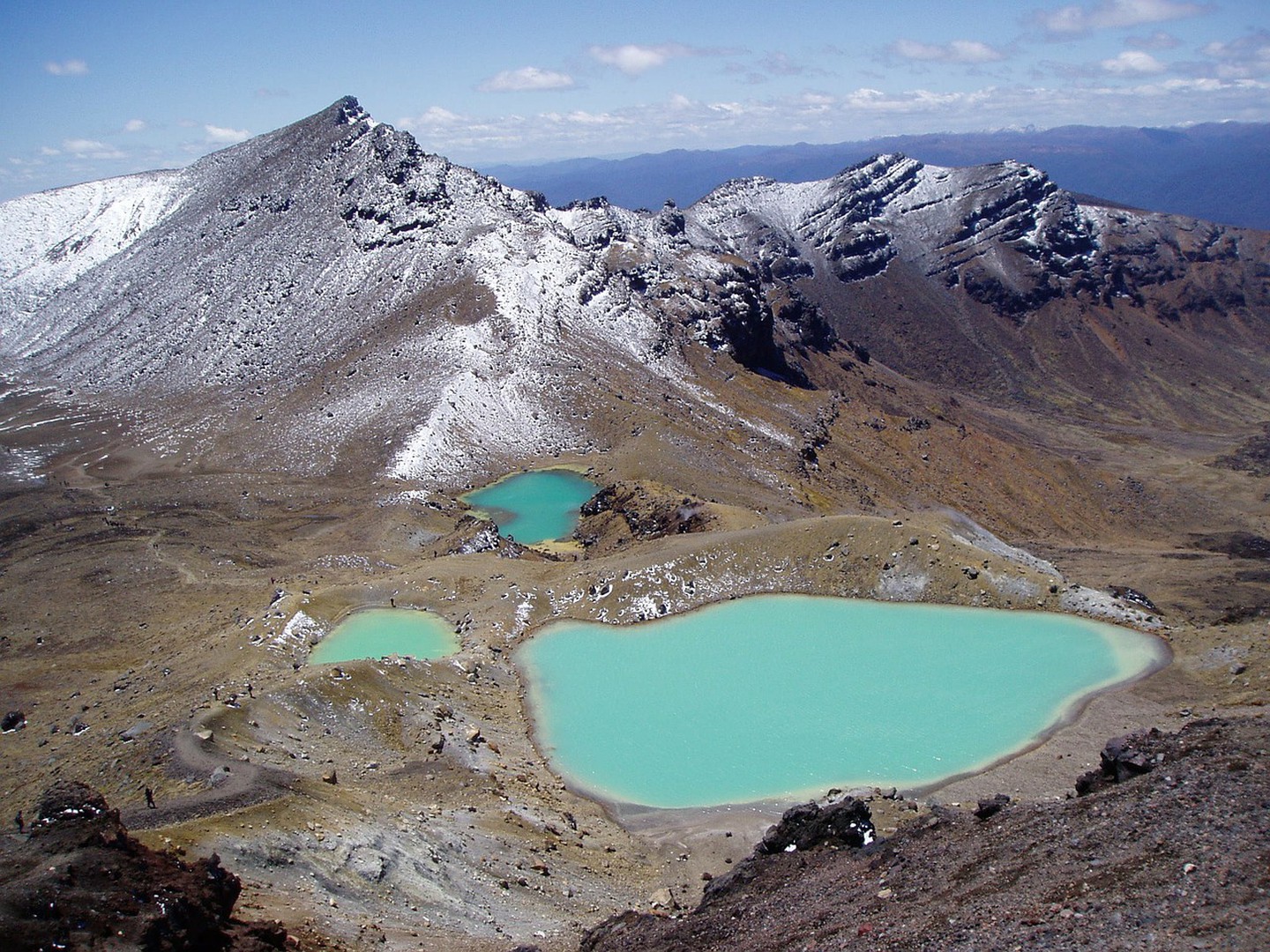 Tongariro National Park is an 80,000 hectare national treasure gifted to New Zealand by Maori chief Te Heuheu Tukino IV in 1887. About a century later, the park earned dual World Heritage Status for its much-deserving natural wonders. The area is surrounded by the volcanoes of Tongariro, Ngauruhoe and Ruapehu, and is renowned for its cinematic appearances, alpine hiking terrains, and incredibly epic landscapes. 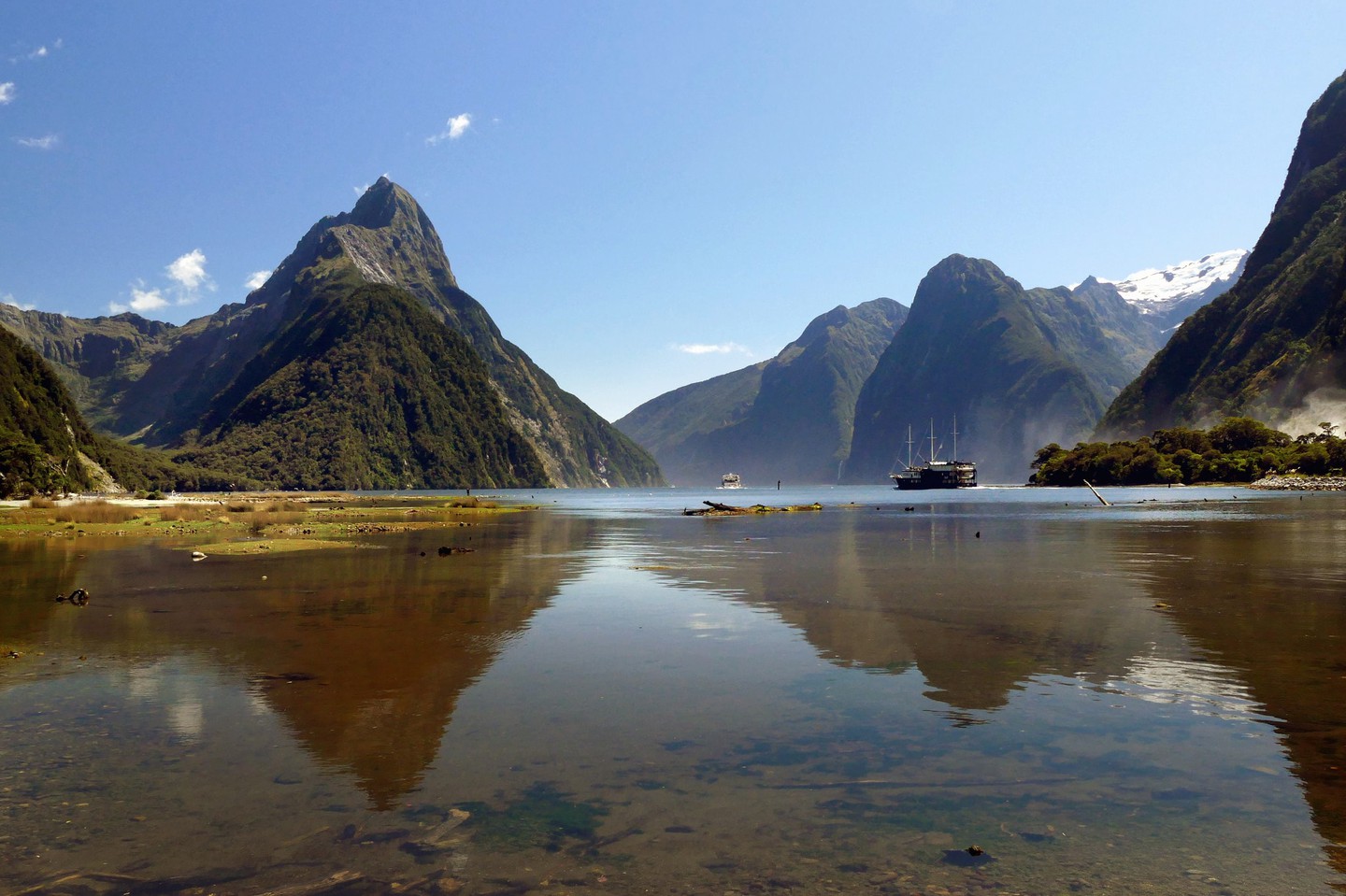 The enthralling Fiordland National Park is New Zealand’s largest, and one of the most visited. The Milford Sound is one of its most famous attractions. Two of the country’s Great Walks – the Kepler and Milford Tracks – traverse the park’s remarkable forests. The deceivingly-named Doubtful Sound is New Zealand’s deepest fjord, and has gained traction for its resident fur seals, bottlenose dolphins and penguins. With so many natural sights on its doorstep, it’s no wonder the park also holds World Heritage status.

Where To Find Lupins In New Zealand