New Zealand is filled with natural treasures. You only need to venture into its national parks, forests and alpine ranges to find some of the finest waterfalls you will ever see. We’re about to head on a picture-perfect journey of the most breathtaking of these cascading wonders. 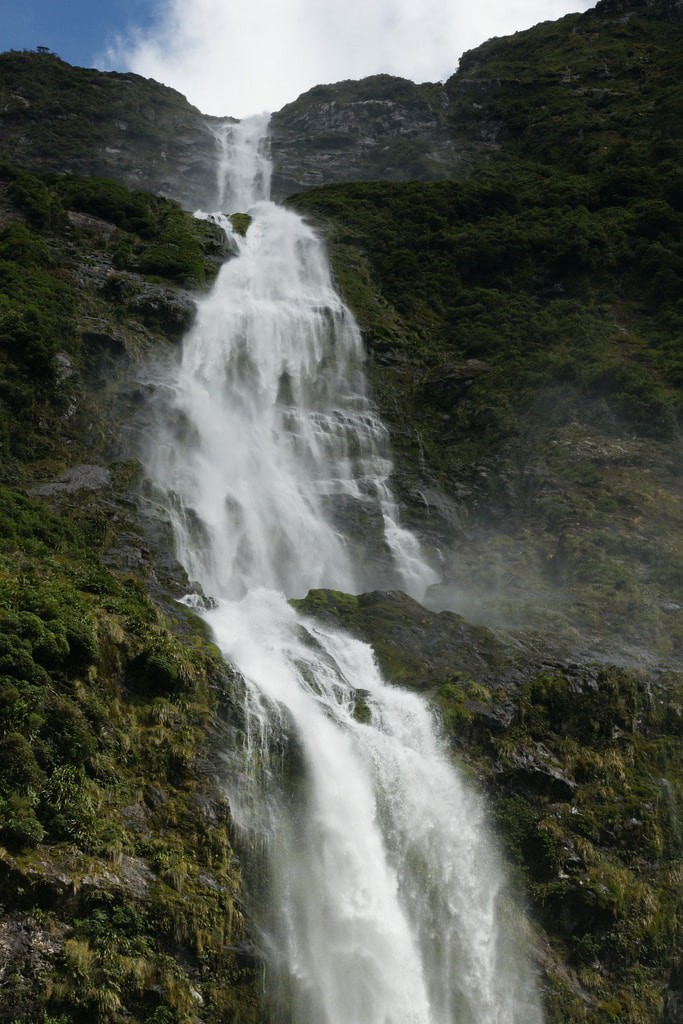 With a staggering 580 metres (1,900 feet) in height, the Sutherland Falls is widely believed to be New Zealand’s tallest, although that claim is sometimes contested. People can catch a glimpse of this stunning waterfall while they’re exploring the Milford Track or taking a helicopter tour of Fiordland National Park. 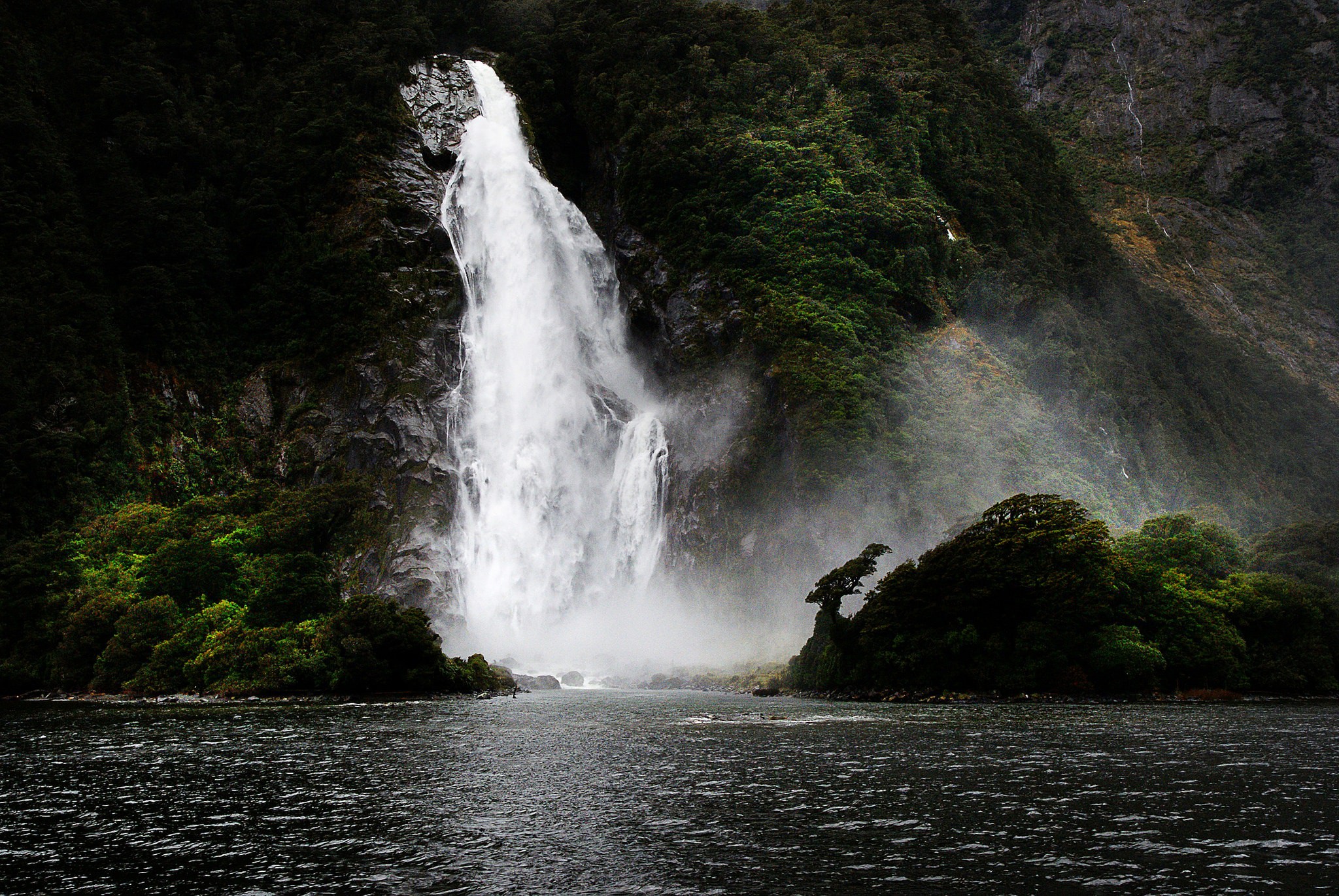 Named after wife of one of New Zealand’s first governors, Lady Bowen Falls is the highest in Milford Sound, and it is also crucial to the area’s operations. The 162-metre (531-foot) waterfall is where water from the Bowen River drains into Milford Sound, providing electricity and water to its nearby settlement. The falls can be viewed on a day cruise or by kayak. 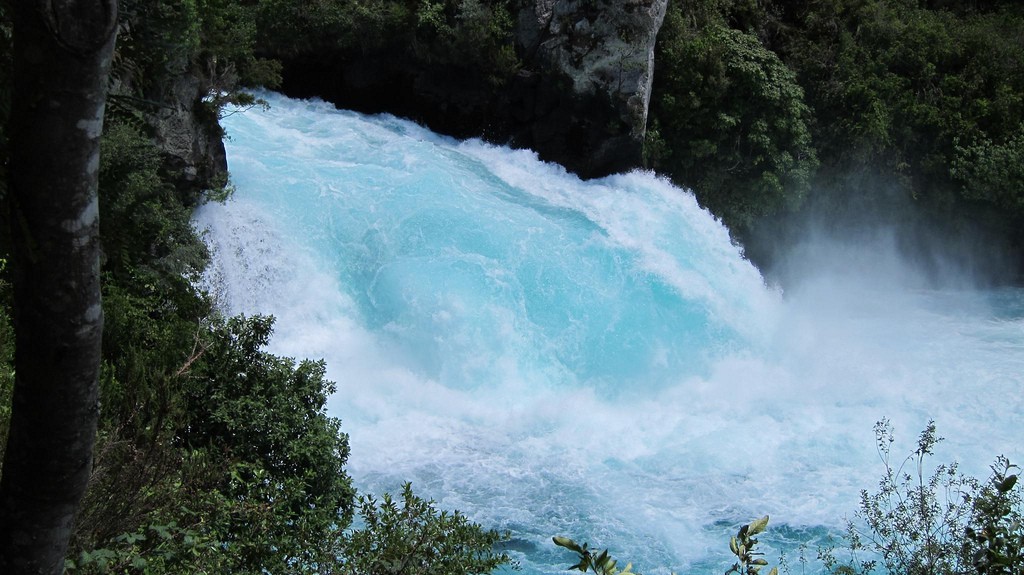 What the Huka Falls lacks in height, it definitely makes up with its rapids. Housed in New Zealand’s largest lake, this 11-metre (36-foot) fall is particularly attractive to jet boaters and adventurous travellers exploring the Lake Taupo region. 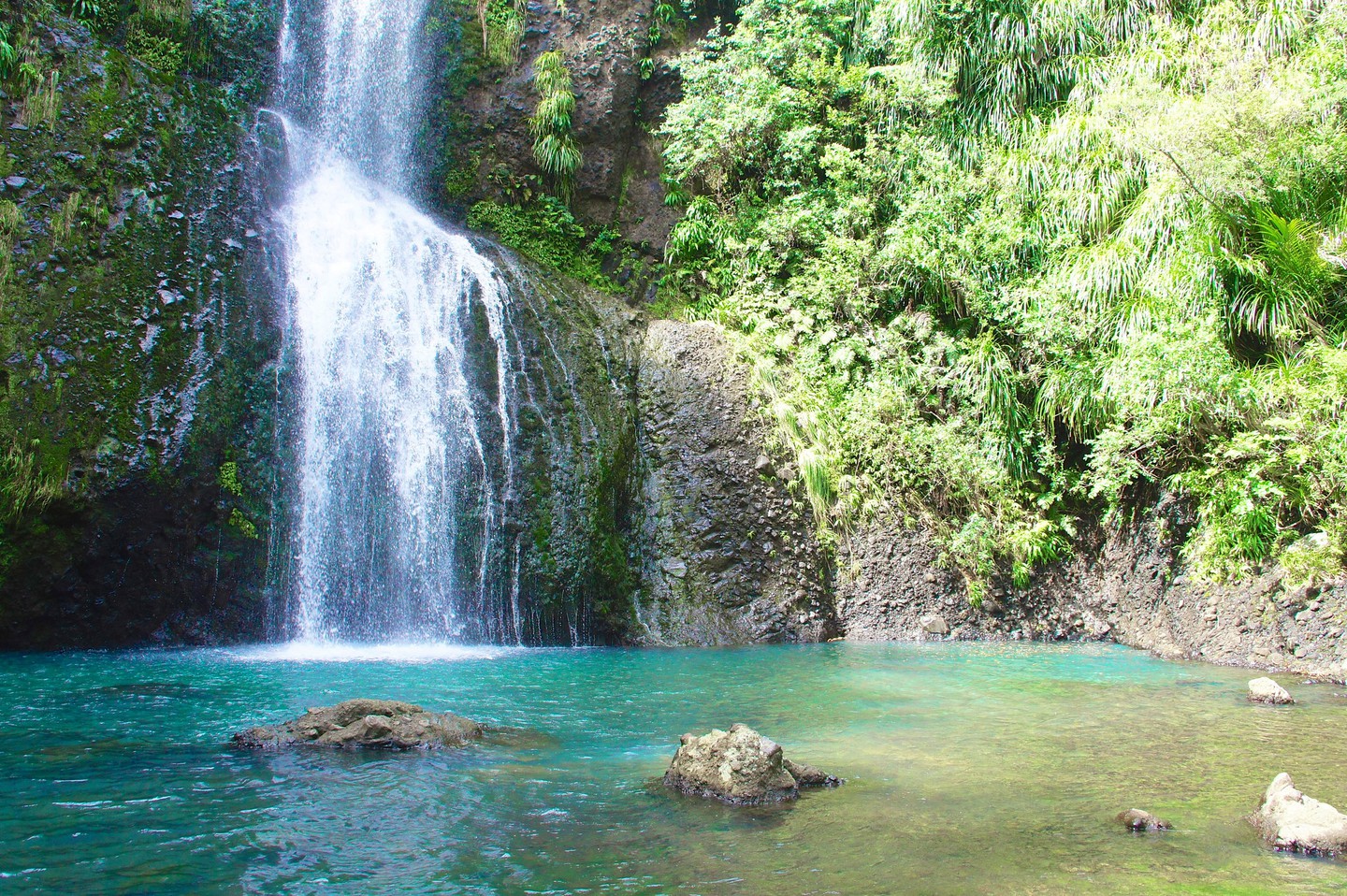 One of the best renowned waterfalls dousing Auckland’s Waitakere Ranges. The Kitekite Falls is characterised by its three-tiered, 40-metre (130-foot) cascades, which descend into an impressive lake-like pool. The waterfall can be reached via a 45-minute walk from Piha beach. 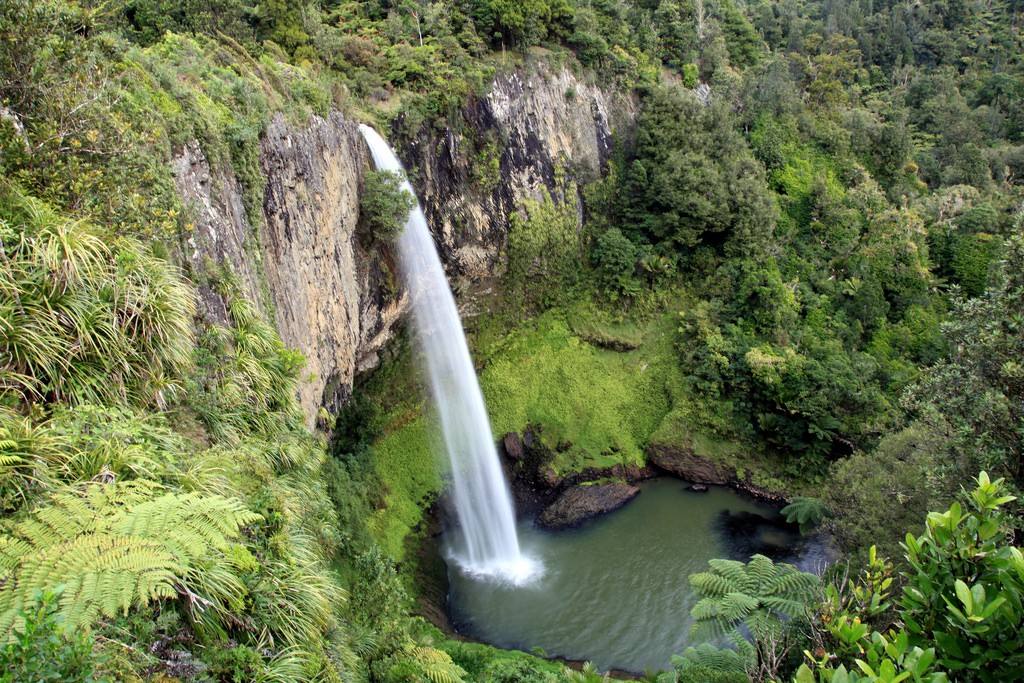 Also known as Waireinga, the Bridal Veil Falls is located along the Pakoka River, approximately 15 minutes from the Waikato town of Raglan. Its waters cascade over a basalt cliff that was formed after a volcanic eruption some 2 million years ago. This 55-metre-high (180 foot) waterfall can be accessed via a clearly marked walking track at the Waireinga Scenic Reserve. 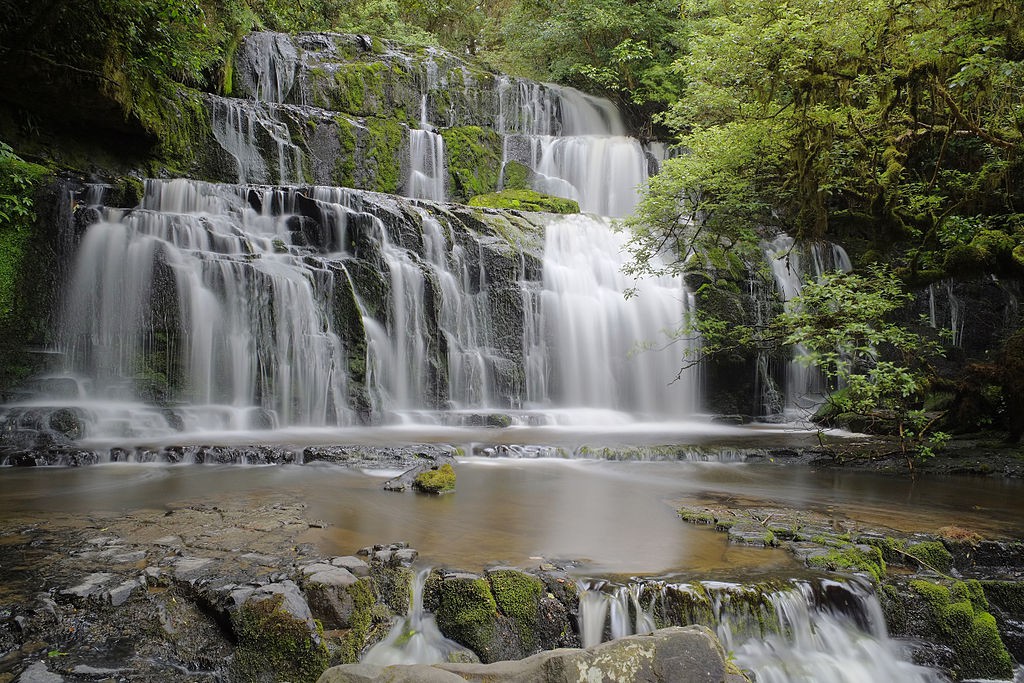 A 10 minute walk into the Catlins Forest Park will take you to the region’s iconic Purakanui Falls. This three-tiered, 20 metre (66 foot) cascade is quite popular among landscape photographers and was even featured in a postage stamp in 1976. 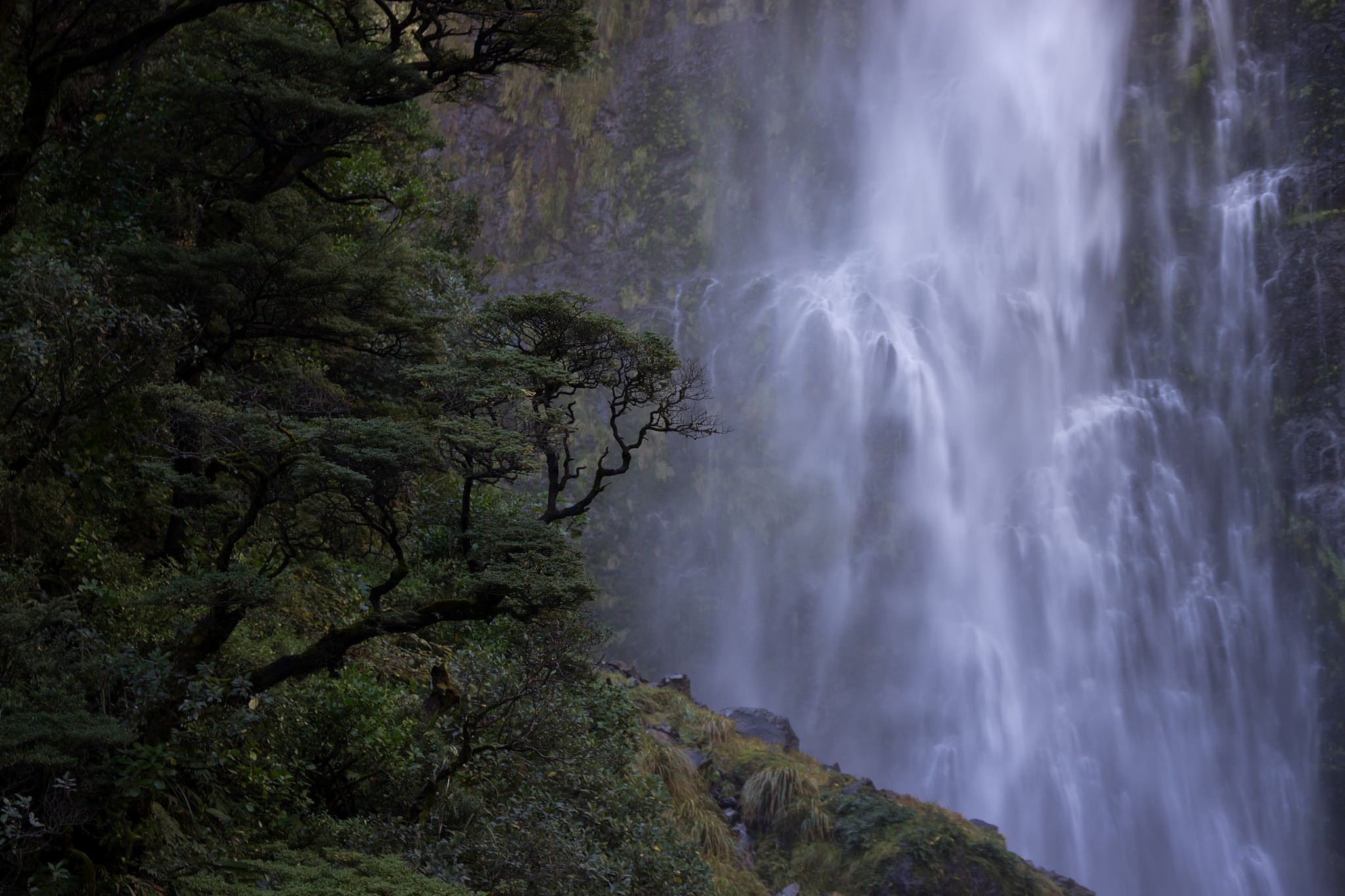 Head to Arthur’s Pass National Park to encounter the stunning Devil’s Punchbowl Falls. A one-hour return hiking journey will lead you across the beech forests — which are also surrounded by native birds — as you get up close and personal to this spectacular 111-metre (364-foot) waterfall. 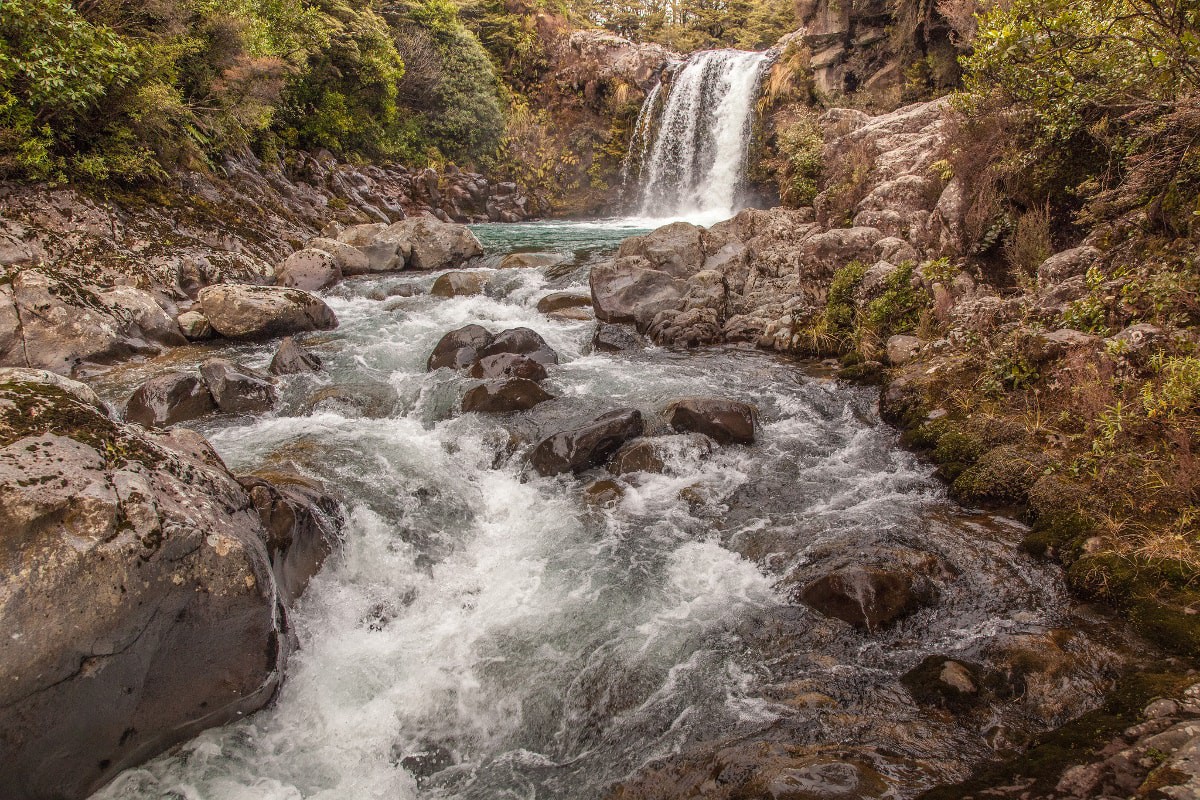 Lord of the Rings fans will probably know the Tawhai Falls as Gollum’s Pool, the area where Faramir and his archers are watching Gollum as he fishes. The waterfall is located in Tongariro National Park, plunging over the fringes of an ancient lava flow that’s encircled by beech forests. You can access it via a 20-minute return walking track near Whakapapa Village. 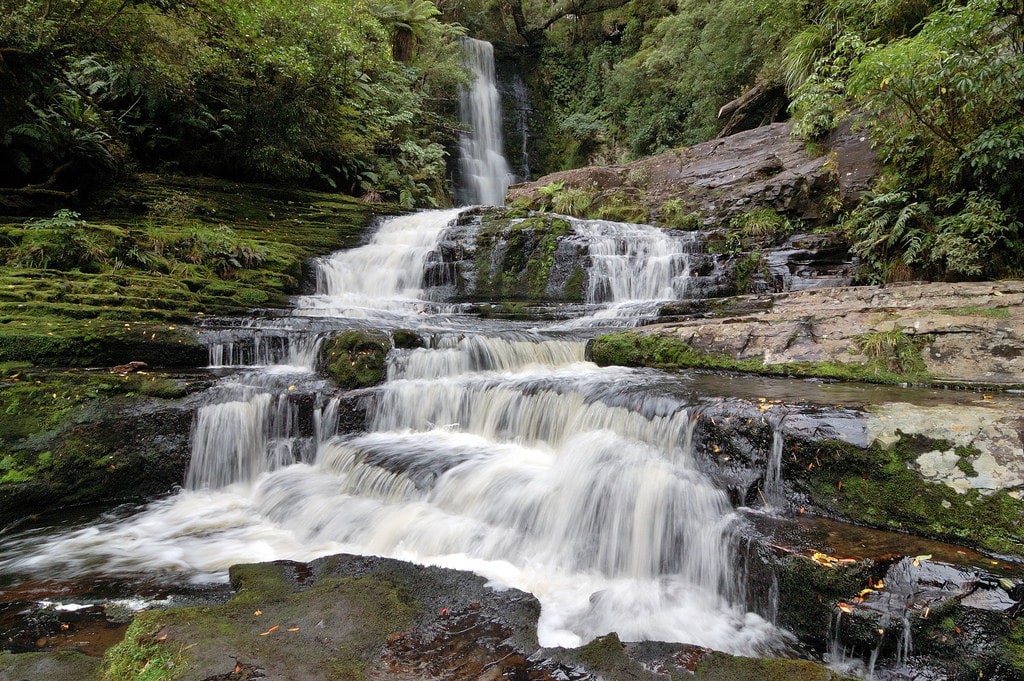 The 22-metre (72-foot) McLean Falls are part of the Tautuku River in Catlins Conservation Park. A relatively easy uphill trek, that traverses through tree fuchsia and podocarp forests, will give you access to this waterfall. Widely regarded as one of the area’s most spectacular, the McLean Falls tumbles into a deep gorge after descending over a series of steep terraces. 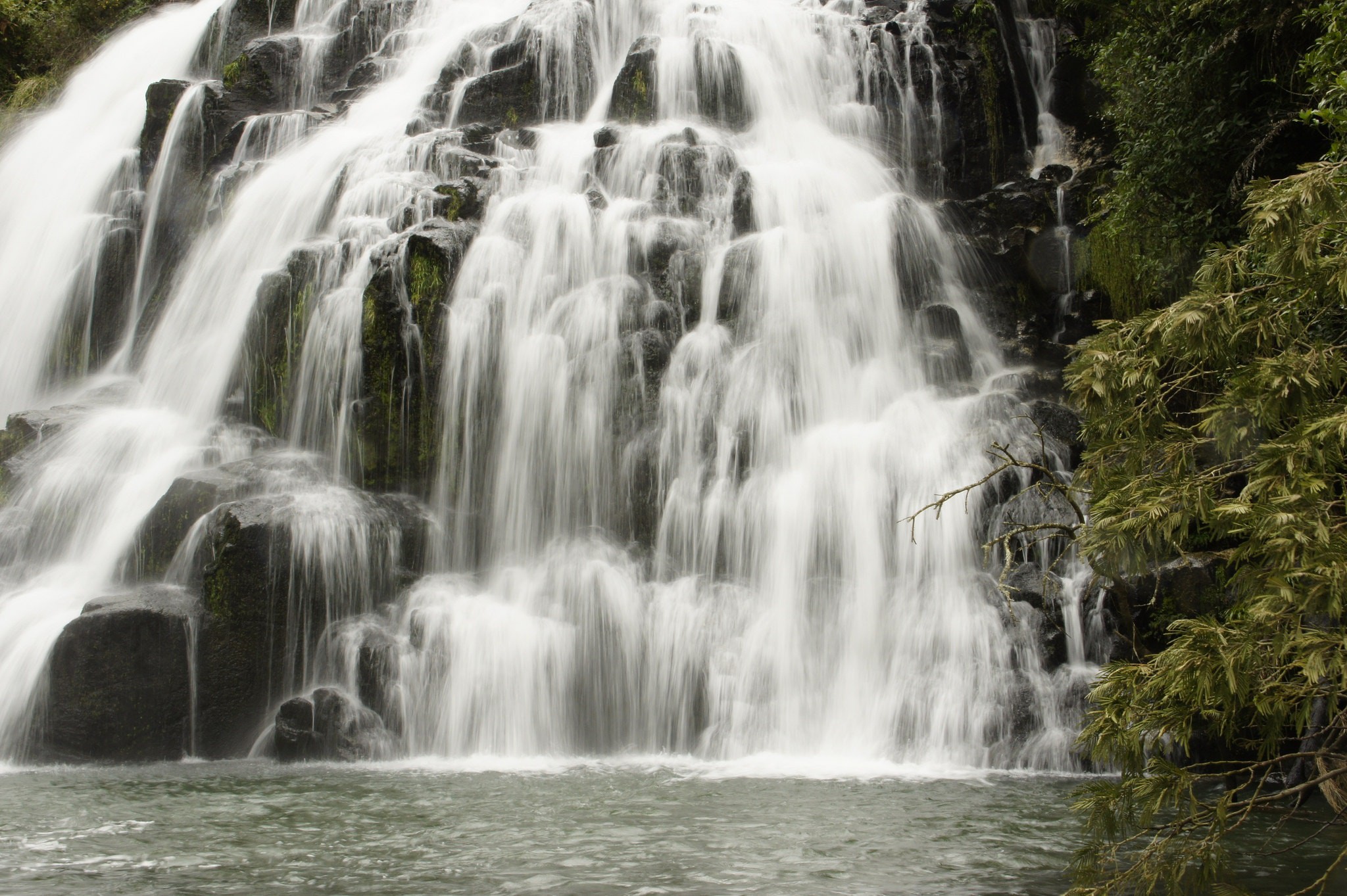 The staircase-like Owharoa Falls are a definite must-visit if you’re exploring the Karangahake Gorge, especially if you’ve taken up the challenge of cycling the Hauraki Rail Trail. Consisting of three waterfalls that plunge into scenic swimming spot, the Owharoa Falls are best viewed by climbing up the stairway that finishes at its base. 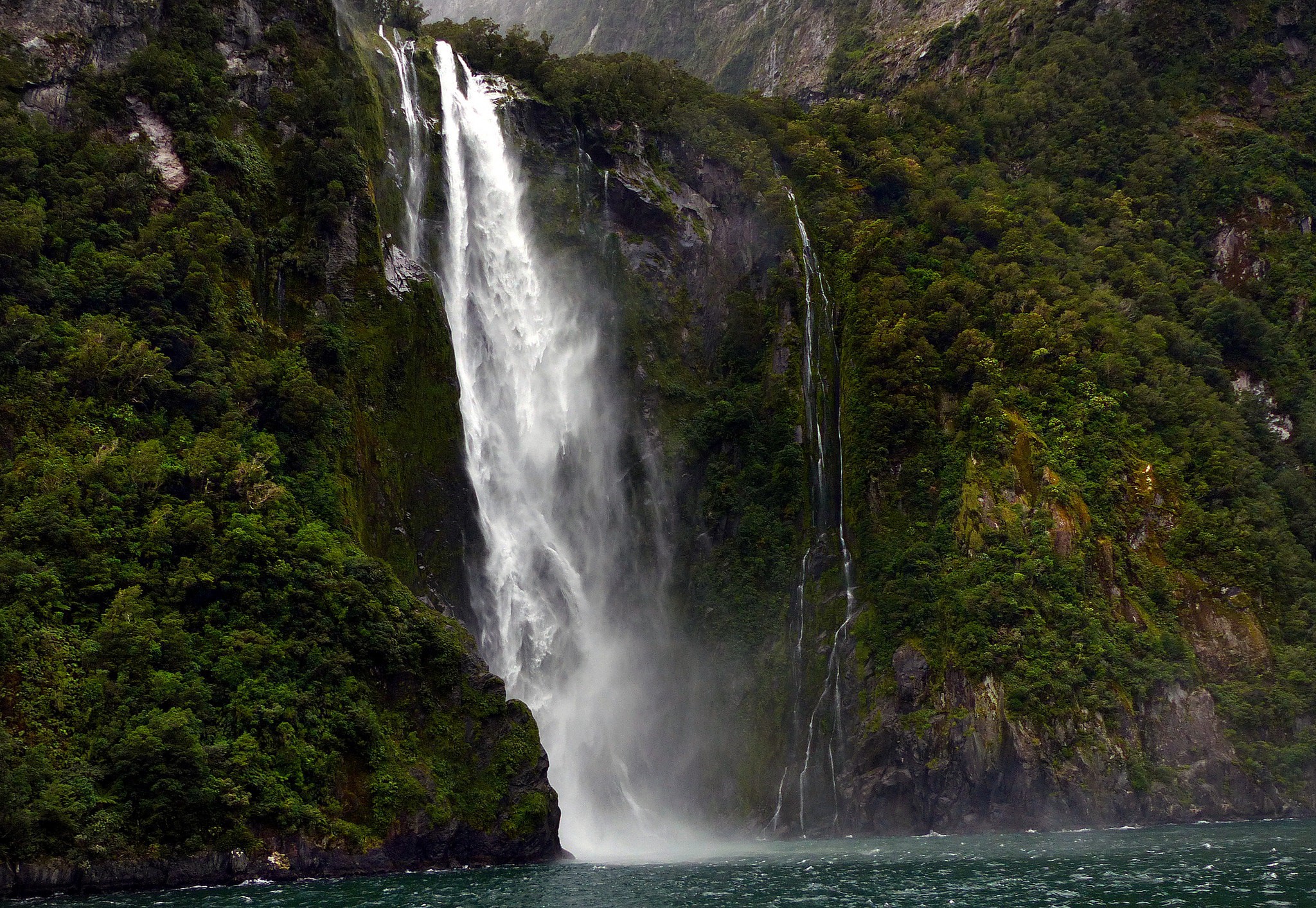 Another Milford Sound gem. Stirling Falls is the second highest in the area, coming in at a solid 151 metres (495 feet) in height. If you like your action movies, the Alkali Facility in X-Men Origins:Wolverine was set above the Stirling Falls. In the real world, the waterfall is a hit among thrill-seeking kayakers and canoeists trying to view the glacial waters from underneath. 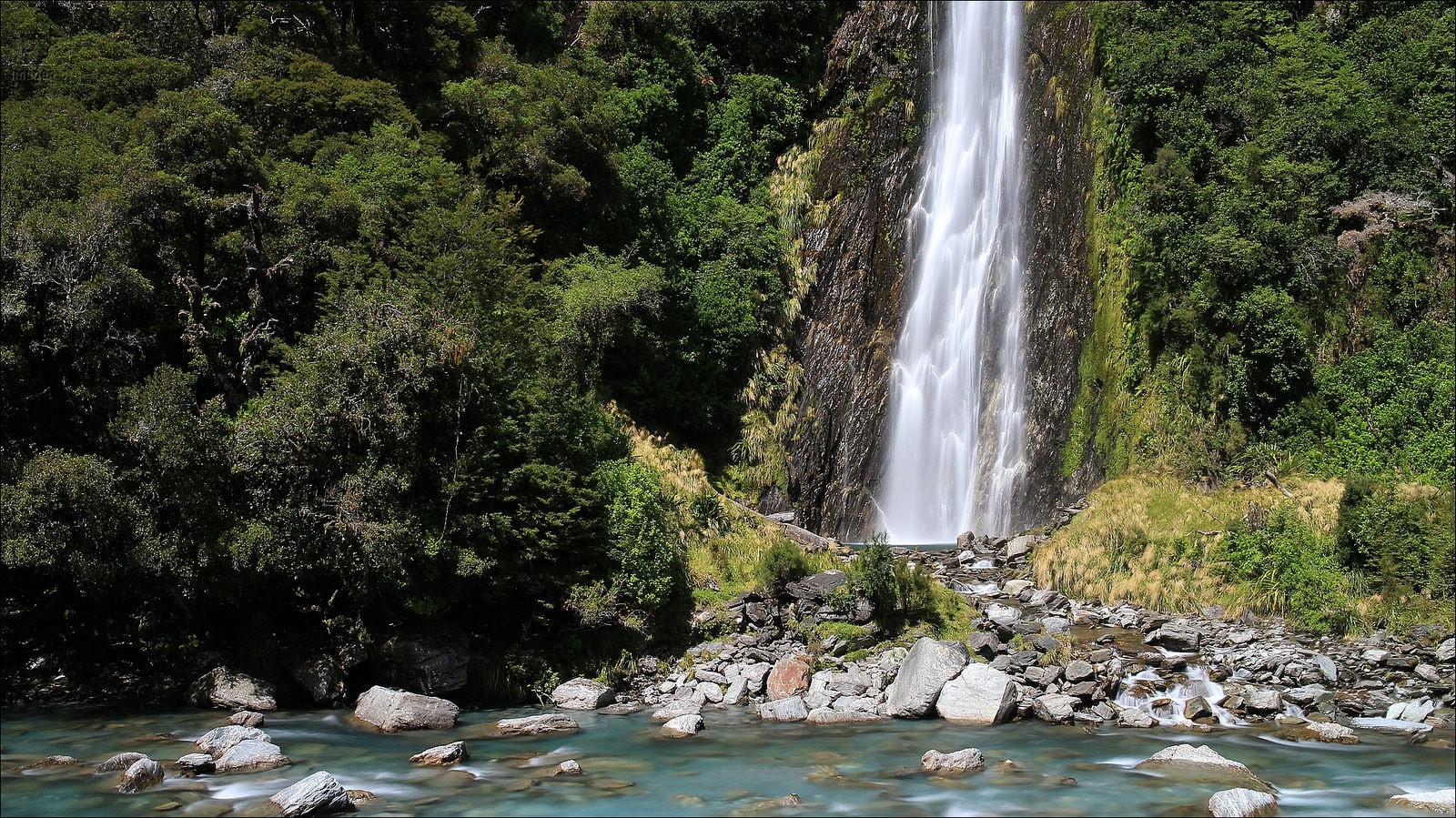 The 96-metre (314-foot) Thunder Creek Falls is located in Mt Aspiring National Park near the Haast Highway. It is a fantastic stopover option for those travelling into Wanaka; the waterfall is within a 1.5-hour driving distance. The Thunder Creek Falls Walk, which is just a 10-minute return journey, will get you to the waterfall’s viewing platform. This track is suited for all fitness levels, and the fall’s base is just as easy to access if you want to view it from a different perspective.

14 Travel Tips From New Zealand That Could Save Your Life

10 Things To Do In New Plymouth, New Zealand