The legend of William Tell – the man who skilfully splits an apple on his son’s head with his crossbow rather than bowing down to a local dignitary’s hat – has come to represent the Swiss people’s spirit of independence. It is a story that is known and loved well beyond the Swiss border. But this folk hero from the canton of Uri is only one of the many characters in Swiss legends: alongside William Tell, there is a panoply of fairies, mountain trolls and dwarves, not to mention giant fish and angry witches ‘beating’ the streams. There is no shortage of Swiss myths and legends – and a new generation of books is generating fresh interest in their revamped stories. 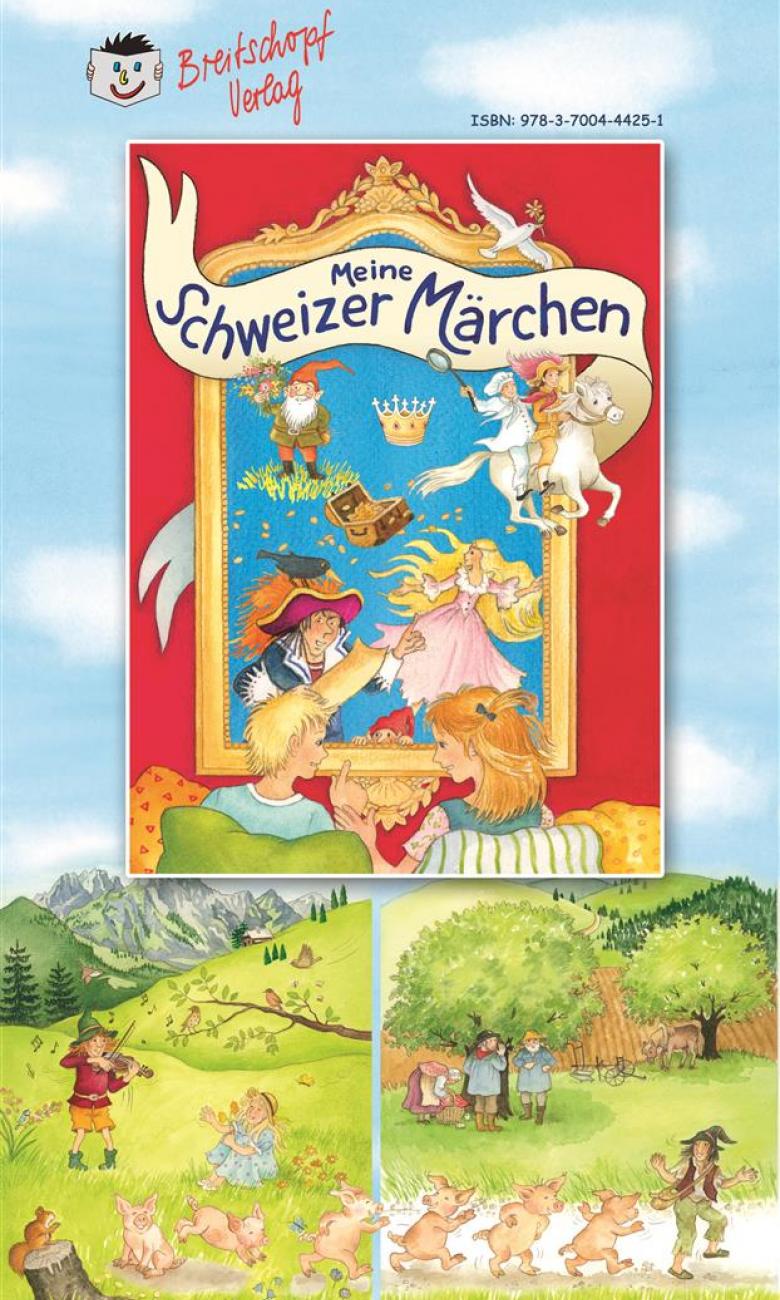 The wily peasant: a recurring theme

Author Katharina Morello has compiled some 60 of these tales in a book called Meine Schweizer Märchen [‘My Swiss fairy tales’] (Breitschopf Verlag, 2016, in German only). She was amazed by the number and diversity of Swiss fairy tales, most of which she discovered in books edited by Swiss folklorist Otto Sutermeister (1832-1901). “They reflect the diversity of Switzerland, its landscapes, mountains and valleys, towns and countryside, and its lifestyles,” she notes. “Fairies are particularly prevalent in the French-speaking part of the country, while mountain trolls and dwarves are more common in tales from the German-speaking cantons. And there is always some wily peasant who manages to outwit the devil.”

As the author points out, “these stories are skilfully crafted, demonstrating an acute awareness of human nature. As with other folklore around the world, they reflect some of our most basic human concerns: happiness and wealth, whether lost or found; evil that has to be overcome, in its various forms; different ways of facing difficult situations; and the ubiquitous search for the ideal partner and a happy-ever-after.” 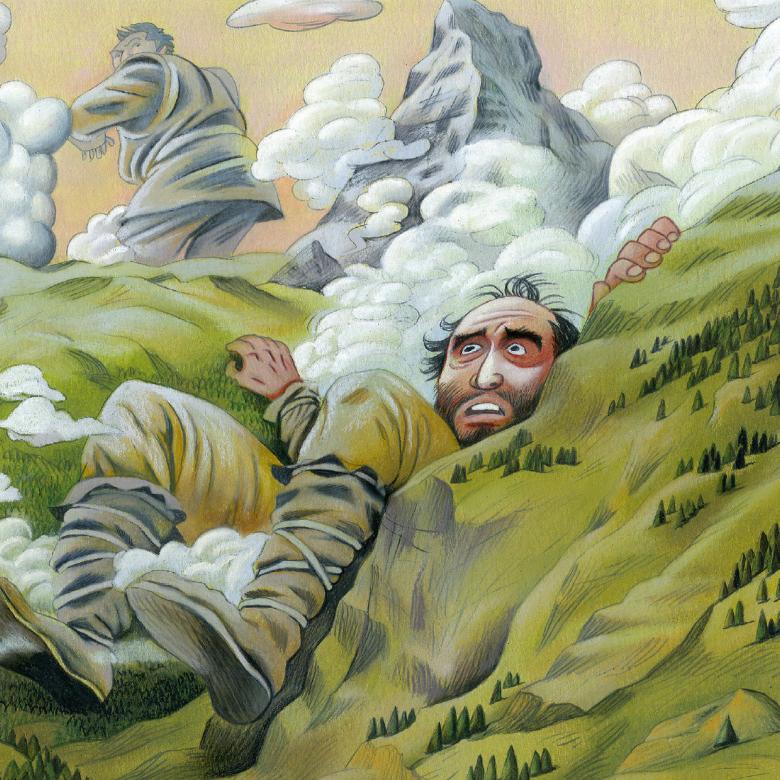 Most of these tales “have their roots in a fear of the unpredictability we face in life,” wrote Alexandre Daguet in 1872 in his Traditions et légendes de la Suisse romande [‘Traditions and legends from French-speaking Switzerland’]. For example, the mountain peak Les Diablerets [‘the abodes of devils’] between the cantons of Vaud and Valais is named after the evil spirits said to have roamed there, playing skittles with the towering rocks – one of which is known as the ‘Quille du Diable’ [‘devil’s skittle’]. Illustrator Denis Kormann, an avid lover of the mountains in Valais, was inspired by the “spectacular visual potential” of the Alpine landscape to create the recently published Mon grand livre de contes et légendes suisses [‘My big book of Swiss legends and fairy tales’] (Helvetiq, 2017). In fact, he was so fascinated by this cultural heritage that he now plans to publish two more books.

“I adapted the original stories to try and highlight the vulnerability of our natural heritage and the need to preserve it,” says the artist, originally from Vaud. He notes how popular Nordic mythology and stories of superheroes have become. “But our own stories and legends have the same magic ingredients, not to mention the messages they convey about human greed.” His first illustration was for the legend of the Devil’s Bridge, made famous by William Turner in 1802 – although this one is not included in his first volume. To whet your appetite, here is the story behind the Devil’s Bridge, as well as some other similar tales. 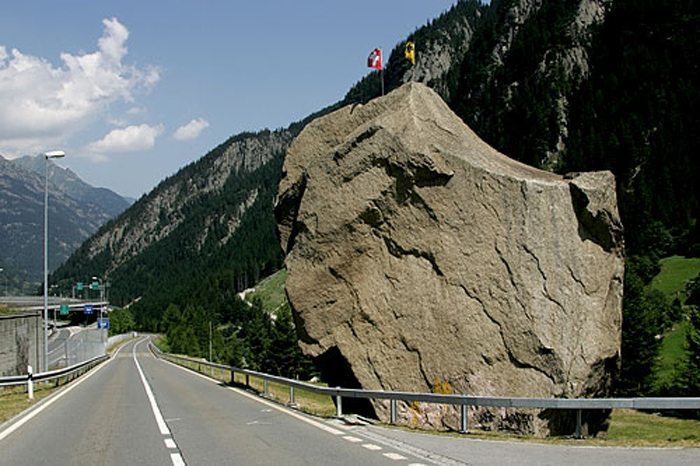 This is the story of some local villagers who want to build a stone bridge. They come across a stranger who offers to build it for them. As his payment, the stranger – who is actually the devil – demands the first soul to cross the bridge. After three days, the bridge is finished and the villagers send a goat across the bridge. Livid, the devil hurls a rock to destroy the bridge, but he misses. Instead, the ‘Devil’s Stone’ falls into the canyon, near Göschenen, where it can still be seen today.

The witch of Belalp (Valais) 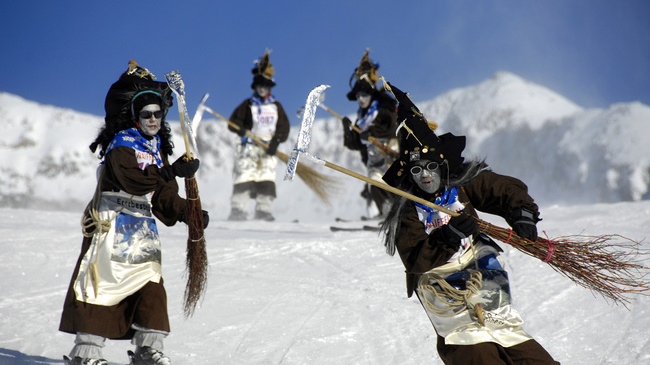 The witch of Belalp is said to have been burnt at the stake. Some say it was because she cheated on her faithful husband with a sorcerer. The lovers disguised themselves by turning into ravens so they could meet at the Aletsch glacier. This story has been commemorated for the past 35 years with a very unique ski race: every January, around 1,500 skiers – children and adults – whizz down the slopes dressed as witches!

The little frog with a red collar (Jura) 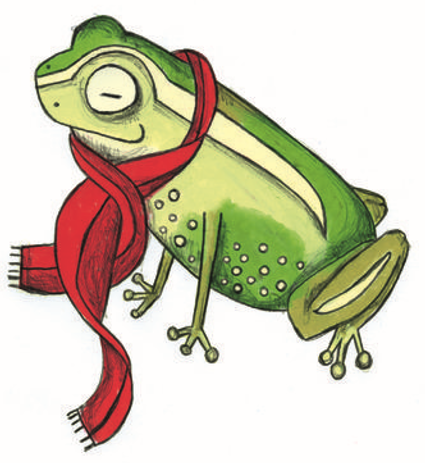 This is the tale of a boy who doesn’t go to school so he can stay and help his poor, crippled mother. One day, while out collecting wood, he comes across a frog with a red collar. The frog is pleased to see the boy and jumps up and down with delight. When the frog is threatened by a bird, the boy picks up his new friend and takes it home. He even gives the frog his own seat at the dinner table. As a reward, the frog turns into a beautiful young woman and later marries the boy. (“A classic tale,” says Katharine Morello. “Good poor people always end up being rewarded. But this story is told with such wonderful playfulness.”)

The bear and the missionary (St Gallen) 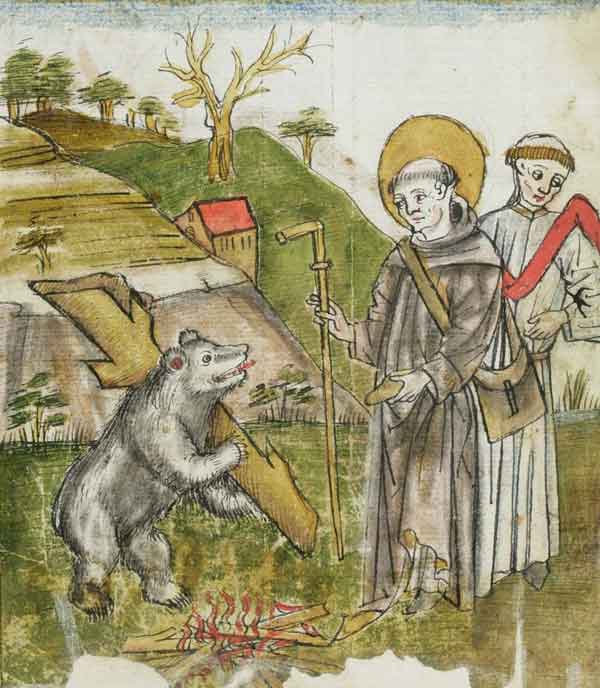 Numerous Swiss legends are centred around bears, recalling a time when these ursine creatures once roamed the land. In the 7th century, the Irish missionary Gall is said to have encountered a bear while out one night. The rest of the story differs according the version told. One version says that the holy man gave the hungry bear some bread. The bear was so grateful that he helped Gall build a hut that eventually became the monastery at St Gallen. In another version, Gall feeds the bear to thank it for helping him collect firewood, but makes it promise not to come back. Whichever story we take, the bear remains an important symbol for St Gallen, adorning the city’s coat of arms. 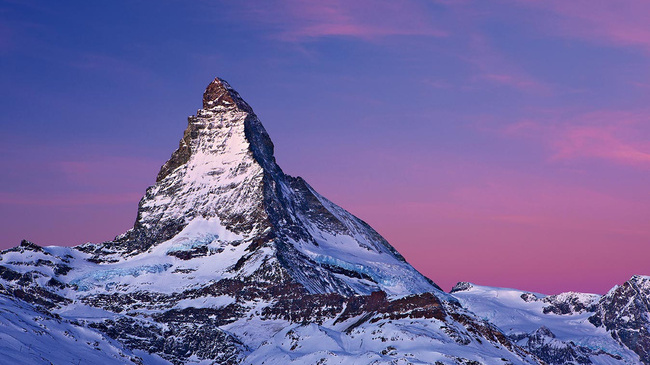 Wherever there are mountains, there must be giants. Gargantua, a giant immortalised by Rabelais, is said to have left his mark on plenty of landscapes as he stomped across the country. There is a story, for example, that the hill on which Monthey (Valais) now stands is a sack of earth the giant was carrying and accidentally dropped. He was accompanied in his antics by another giant, Cervin, who was so heavy he caused a mountain to collapse, leaving only the space between his legs. This triangular peak, soaring to an altitude of 4,478 metres, is now known as the Matterhorn (or Cervin, in French) and is one of the most photographed scenes of Switzerland. 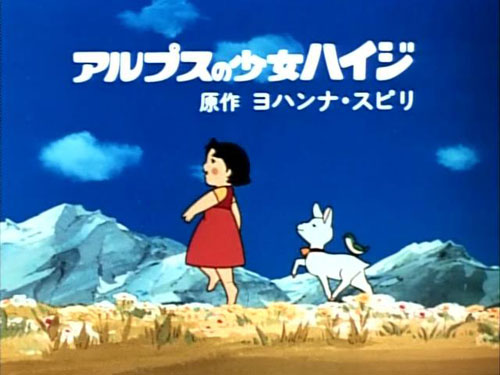 We could not end our round-up of Swiss legends without mentioning the most famous little girl from the Alps – who has even become a Japanese icon! The story of Heidi was first published in two parts, in 1879 and 1881, by Swiss writer Johanna Spyri (1827–1901). Heidi is an orphan sent to live with her grandfather, a gruff and solitary old man. The little girl enjoys life in the Swiss Alps, playing with the goats and her friend Peter, before being sent to Frankfurt as a companion to a young invalid girl. Heidi’s zest for life and the story’s message advocating a simple life centred around home and nature have made this story an international best-seller, translated into dozens of languages. The more moralistic and religious aspects of the story have faded over the years, and the book continues to be adapted for film, television and theatre. In 1974, the Japanese anime series ‘Arupusu no shôjo Haiji’ [‘Heidi, Girl of the Alps’], with contributions by Hayao Miyazaki, was a major success in Japan, where the little girl is still something of a legend and a symbol of a lost rural idyll. Today, many Japanese tourists come to visit the Heidi-themed tourist park in Maienfeld (Grisons).

Why Should You Go to Bern, Switzerland? Find Out More Right Here!

1 thought on “Myths and legends from Switzerland”