Highland cattle are Scotland’s adorable signature animals: shaggy, friendly representatives of the moors and highlands. Also known as heilan coos, Highland cattle have a close and fascinating relationship with the people of Scotland and are a tourist attraction in their own right.

You can spot these magnificent creatures wandering the misty moors or at various farms across the country. Swanston Farm and Trossachs Woollen Mill are two excellent places to interact with Highland cattle up close.

These beasts have a distinguished history, a fantastic temperament, and a special place in the hearts of all Scots. Here are some incredible facts about Scottish Highland cattle. 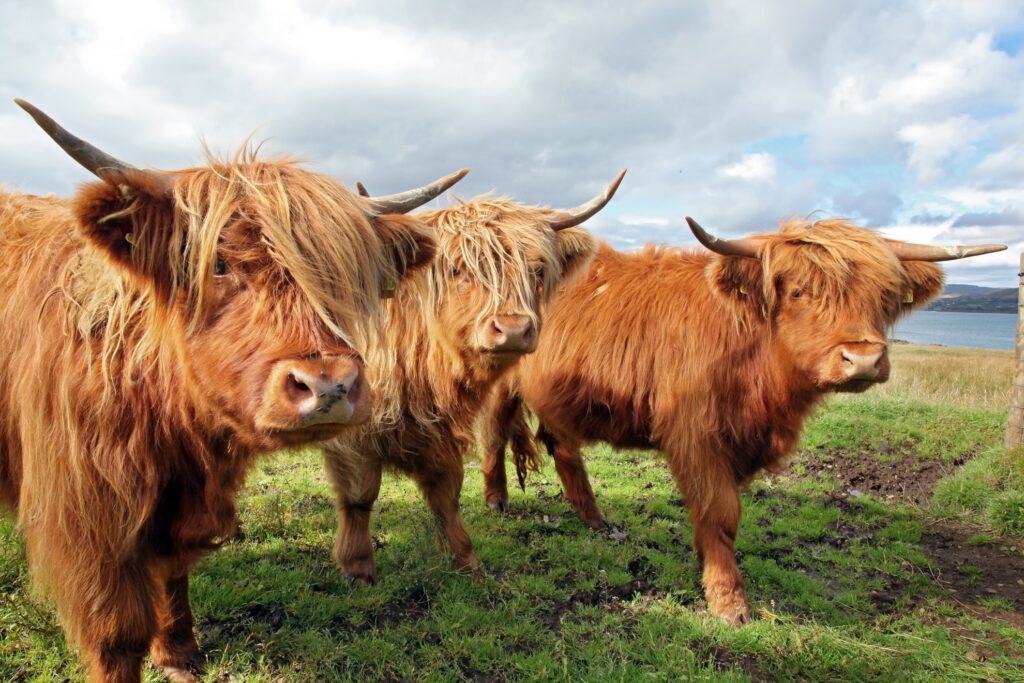 Highland cattle are as old as Scotland itself. The breed was the first bovine breed on the planet to be registered, with the first herd recognized in 1884. These creatures have called the Highlands their home for centuries and have adapted to the chilly climate by developing thick, shaggy coats. Over the centuries, Highland cattle have evolved into hearty animals with the courage to face the fierce Scottish winters, and they are probably descendants of ancient oxen. It’s an understatement to say that their Scottish roots run deep. 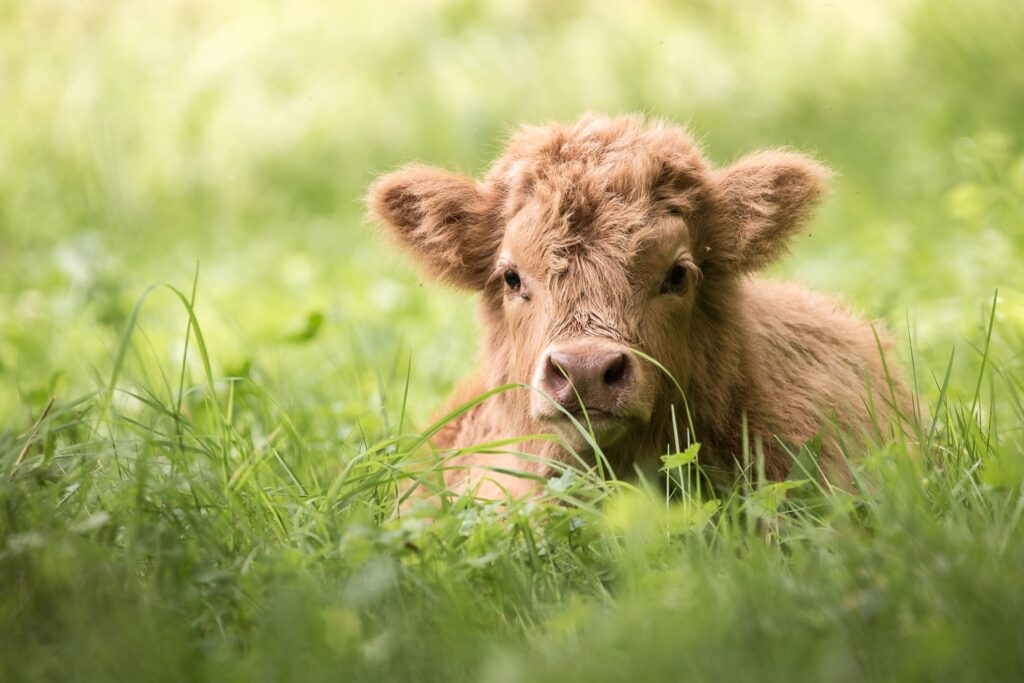 They Have A Long Lifespan

Highland cattle’s ability to adapt to the cruel climate of the Scottish Highlands might have contributed to their impressive longevity. They live an average of 15 to 22 years, substantially longer than most other members of the bovine family. In terms of human years, these impressive animals live well over 70 years, and some even exceed 90 years! They have also been known to give birth well into their later years, making these creatures coveted livestock. 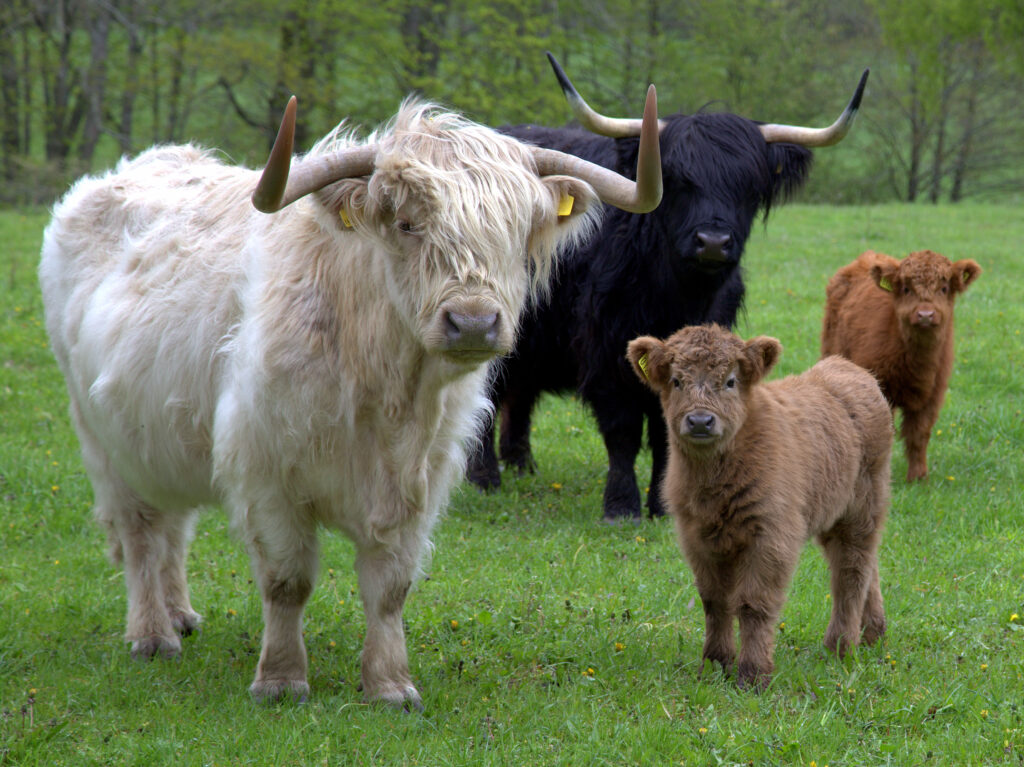 They Come In A Rainbow Of Colors

When people envision Highland cattle, they tend to think of thick auburn coats of fur, and while many cows and bulls do sport this ginger hue, Highland cattle come in a wide variety of colors. These robust creatures are sheathed in red, yellow, white, black, and even brindle fur. What’s more, it’s also possible for them to give birth to calves of different colors. Although it’s common for different breeds of cattle to come in different colors, it’s far less common for a specific breed to have coats of multiple colors. 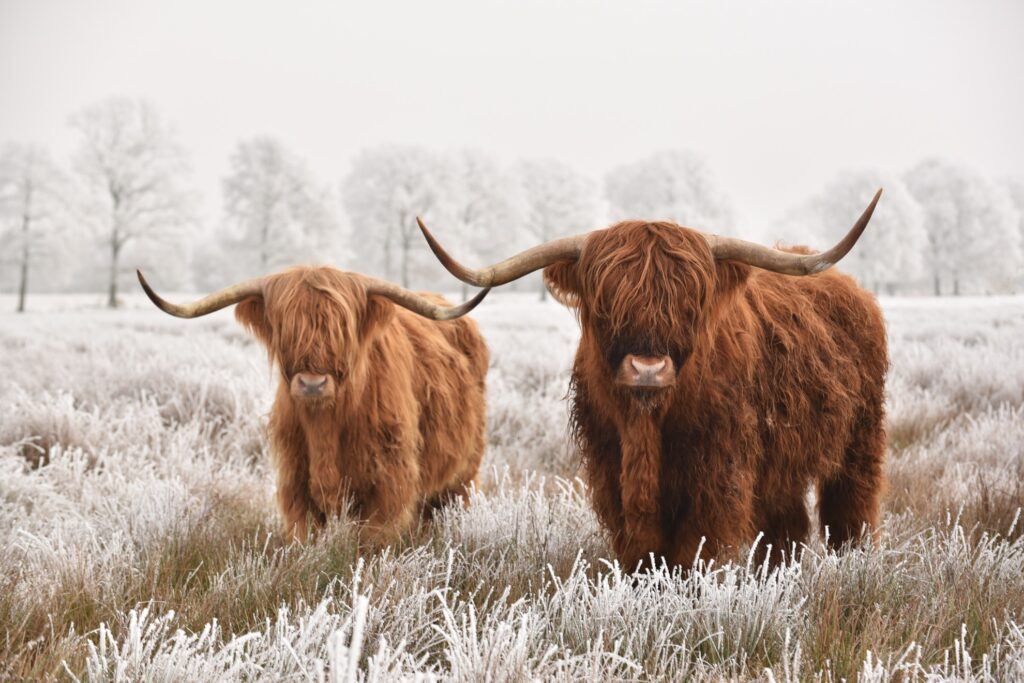 They Have Waterproof Coats

The colorful coat of the Highland bull or cow has two distinct layers that protect it from the stormy elements and keep it toasty warm. The underlayer is thick and acts almost like the inside of a down jacket. The top layer is covered in a slick oily film that repels rain and snow. Their useful coat is another example of how the Highland cattle have evolved to cope with Scotland’s weather. On average, the Scottish Highlands get 100 days of snow during the winter months, and the coat does double duty keeping these animals dry and comfortably warm. 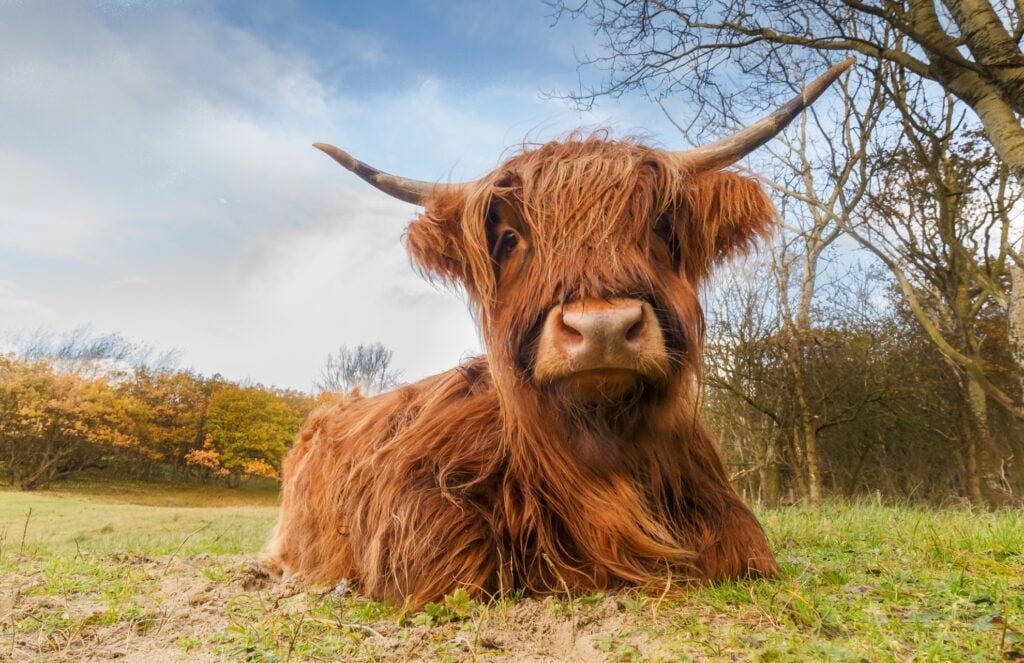 They Were Once Housepets

Once again, truth is often stranger than fiction. Even though their utilitarian coats kept Highland cattle snug during the rough winter months, they were still routinely invited into the homes of Scottish people of yesteryear. The family bull or cow was given its own special area and protected from the elements. Although Scottish people do have a special affection for the hairy Highland cattle, this practice of bringing them indoors might have been a little more practical. Highlanders were predominantly farmers, and their herds were essential assets. Still, it’s cute to think of a sweet little Highland calf hunkering down with its people. 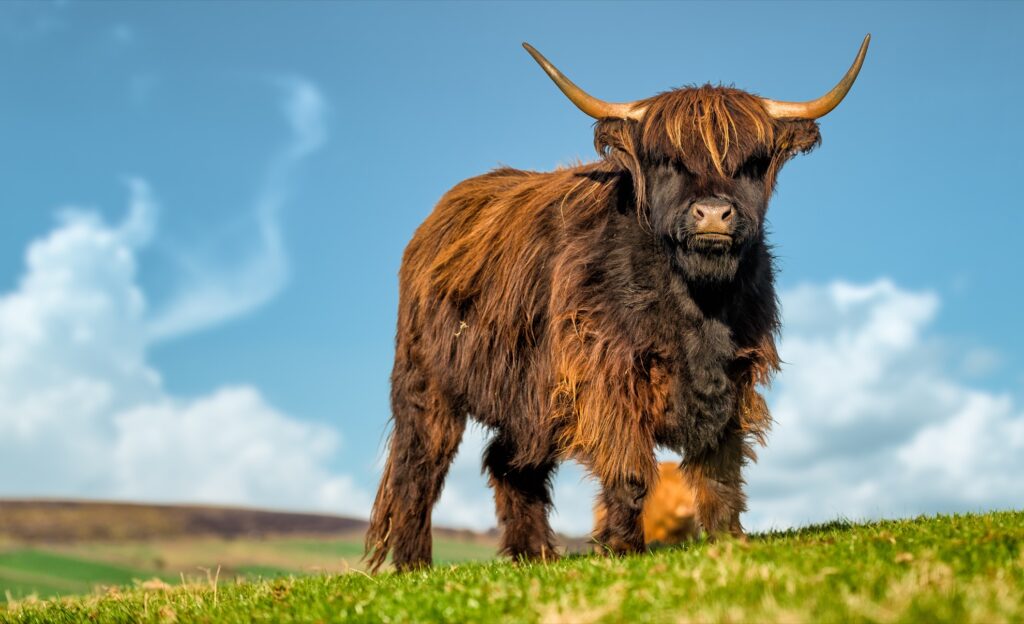 Both The Cows And Bulls Have Horns

Large horns are a key element of Highland cattle’s signature look, and both cows and bulls sport them proudly. Cows’ horns tend to point up and taper off, while bulls’ horns are thicker and point forward. As with most animals, the size of the horn indicates the general age. Although plenty of bovines have horns, very few can match the stunning curved crowns that grace both sexes of Highland cattle. 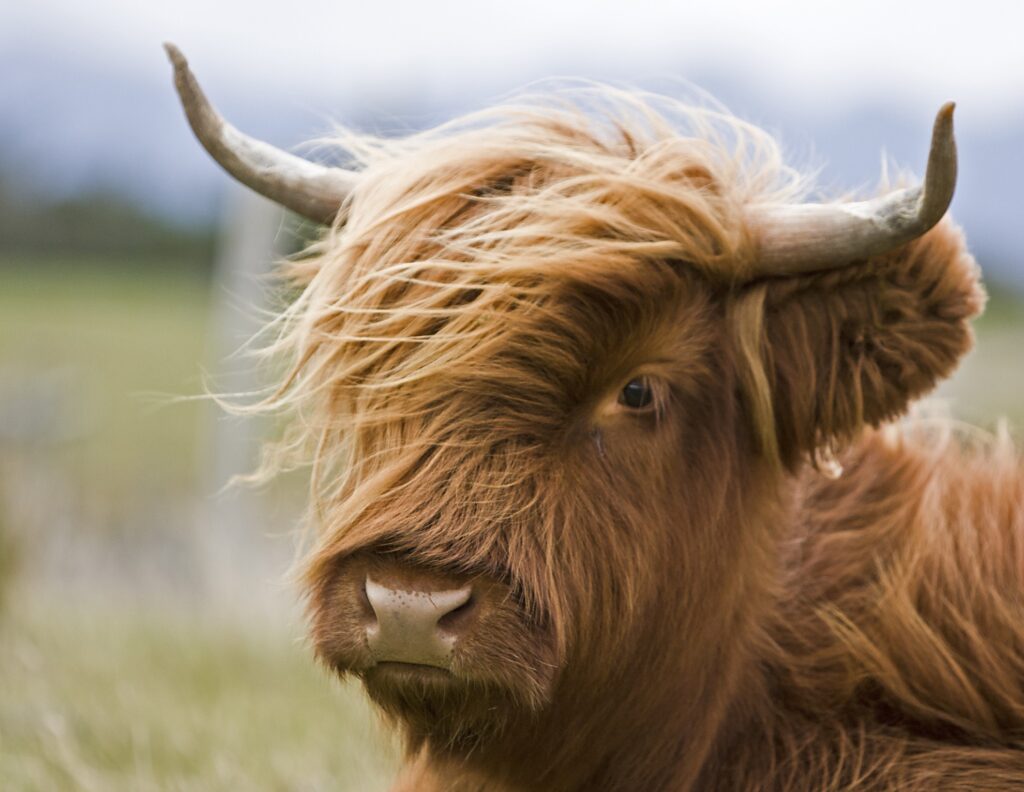 They Are Confident And Calm

Highland cattle have fantastic temperaments and are known for their unflappable demeanor and intelligence. Their charming personalities and friendliness have made them a popular breed far outside of the Scottish Highlands. It’s clear that these animals evolved significant coping mechanisms alongside their thick coats, and people all over the world are falling in love with these iconic creatures of the north. 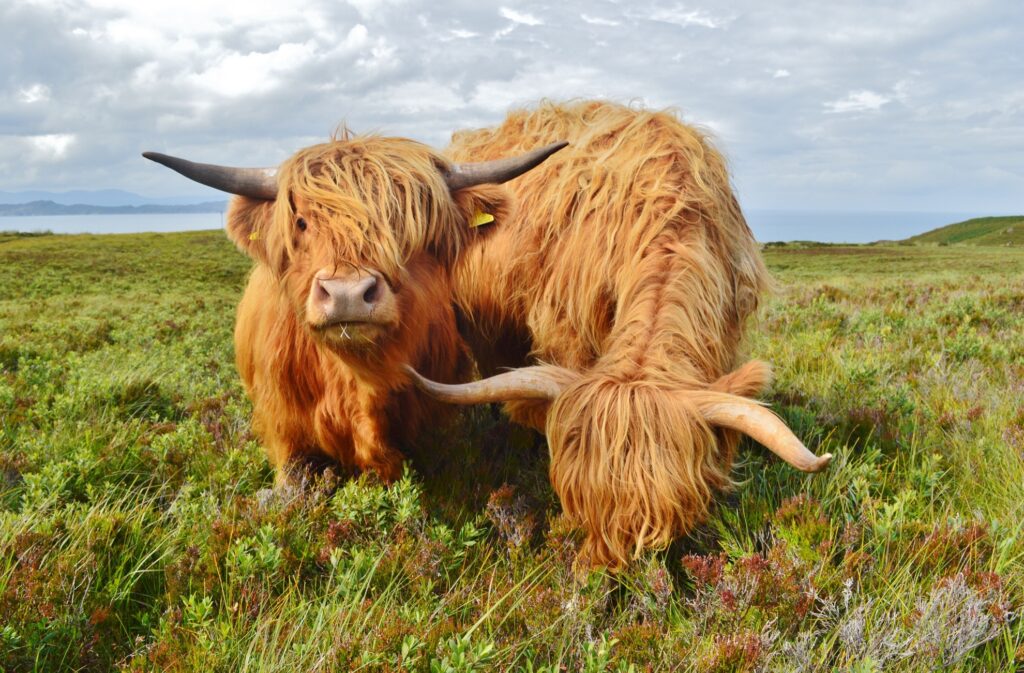 At first glance, Highland cattle seem merely cute, but beyond their shaggy coats is a deep history rooted in the Scottish Highlands. Highland cattle fostered an alliance with the Scottish people long ago, and they are iconic symbols of the country today. Indeed, these magnificent beasts are well worth a trip across the pond.

10 Locations in Scotland that Every “Outlander” Fan Should Visit