Scotland’s national dress may have been worn for centuries, but the kilt is far from dated. Here, Culture Trip speaks to the Scottish makers determined to keep this menswear in modern dress. 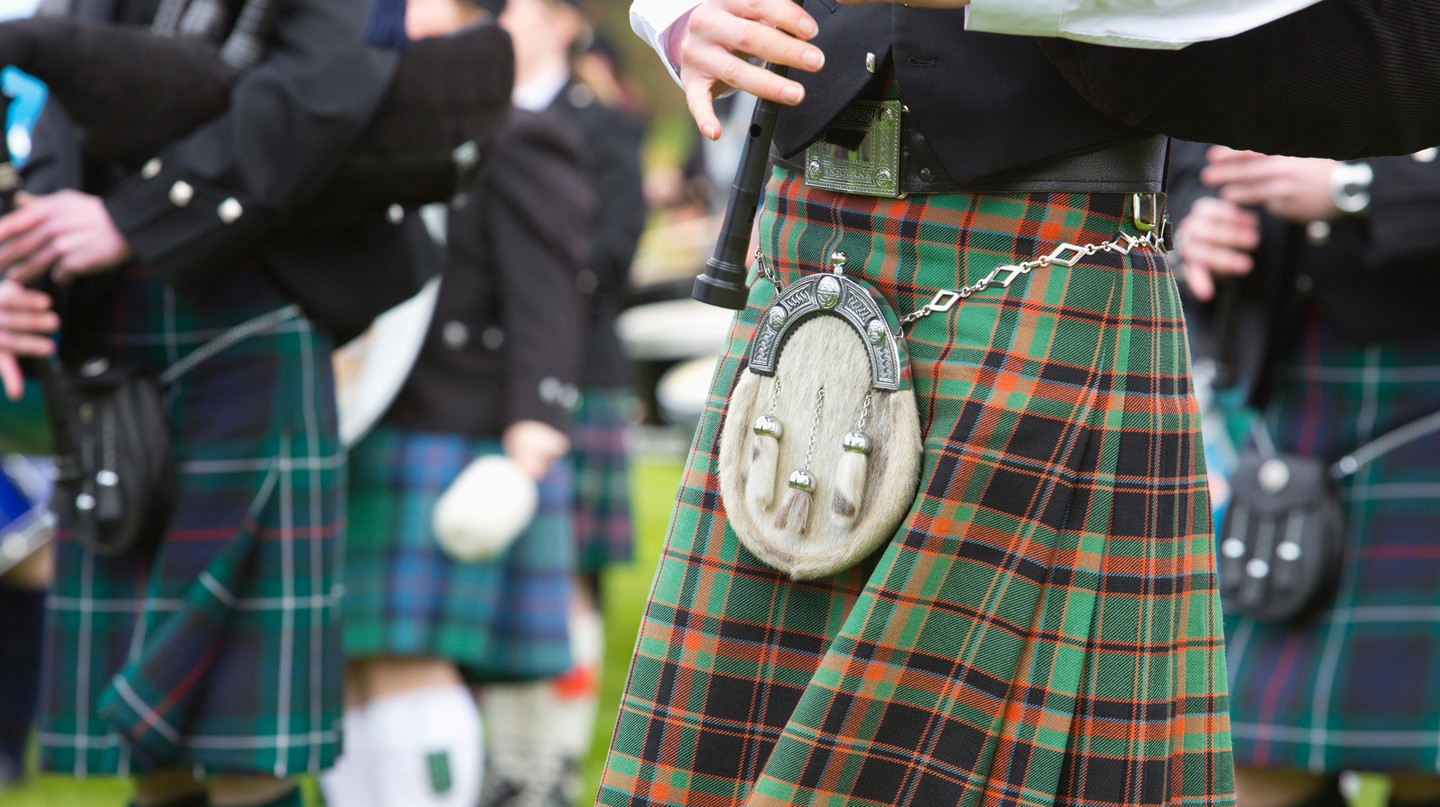 A detail of the kilts of a pipe band, Scotland. | © Scottish Viewpoint / Alamy Stock Photo

Today, a kilt is a well-known piece of national dress; no Scottish wedding, ceilidh, formal event, or graduation would be complete without a flash of the family tartan. But the kilt has undergone many iterations over the centuries, from the Highland rebels to the modern designers working in Scotland today. 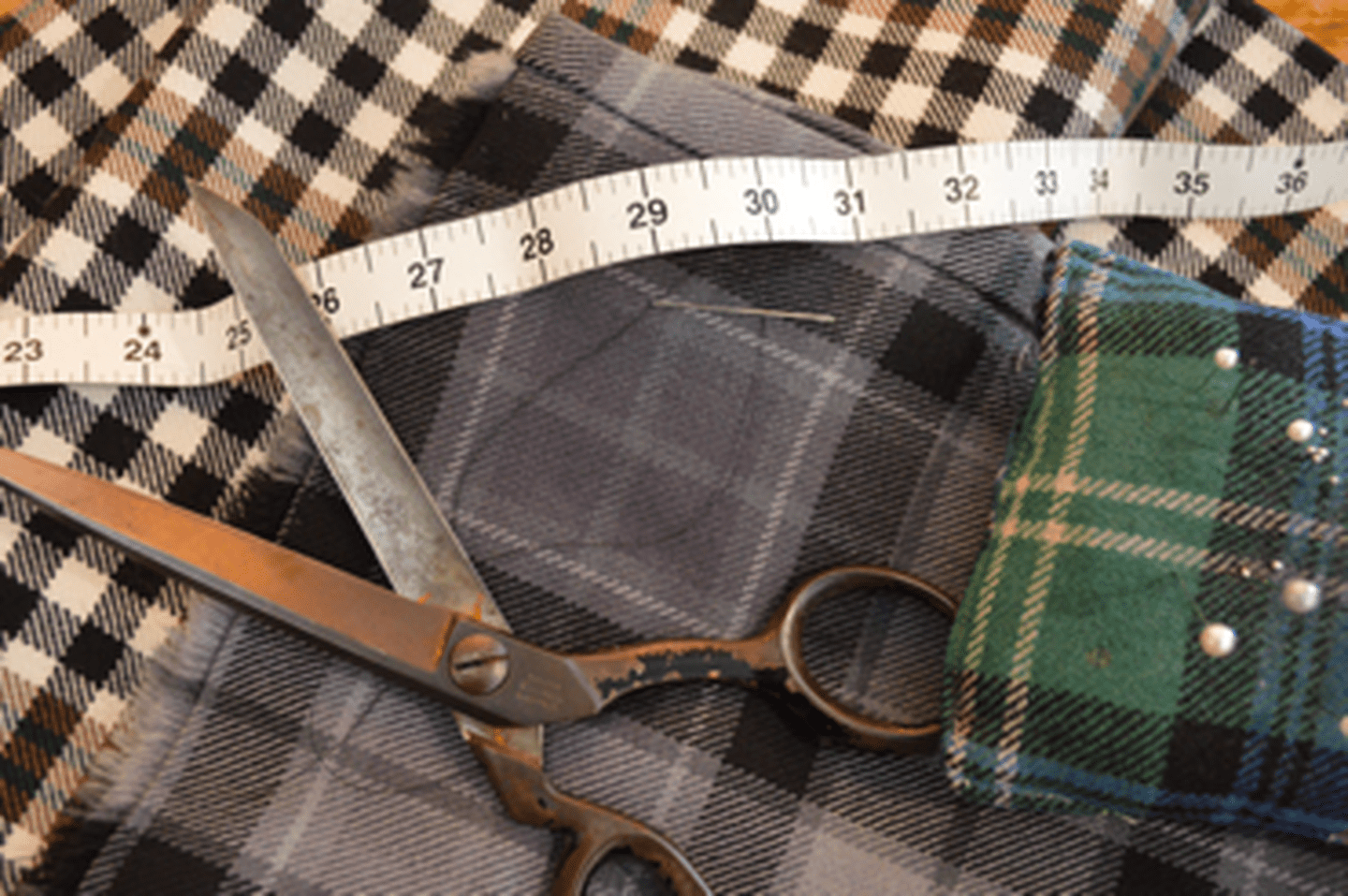 Dating back to the 16th century, kilts were most commonly worn in the Highlands. Then, the garment consisted of nothing more than a crude tweed cloak thrown over the shoulder and belted at the waist, Braveheart style. But after the Jacobite rebellions, the danger posed by the belligerent insurgent Highlanders was deemed too great and King George II banned the wearing of all Highland dress under the Dress Act of 1746, in an attempt to stamp out Highland culture for good and suppress further risings.

The penalties for flouting the ban were draconian – six months imprisonment for a first offense, and seven years transportation to the colonies for the second. However, the ban was lifted in 1782 and the wearing of the kilt was rapidly adopted by lowlanders, as well as those further north.

The kilt as we know it – a skirt shape with pleats stitched in place – didn’t become popular until the mid-18th century. This tailored version was adopted by the Highland regiments of the British Army and widely passed into civilian usage in the 1900s. Fast forward to the 21st century, and the kilt is now as synonymous with Scotland as haggis and whisky and worn by Scotsmen to any formal event where black tie is de rigueur. 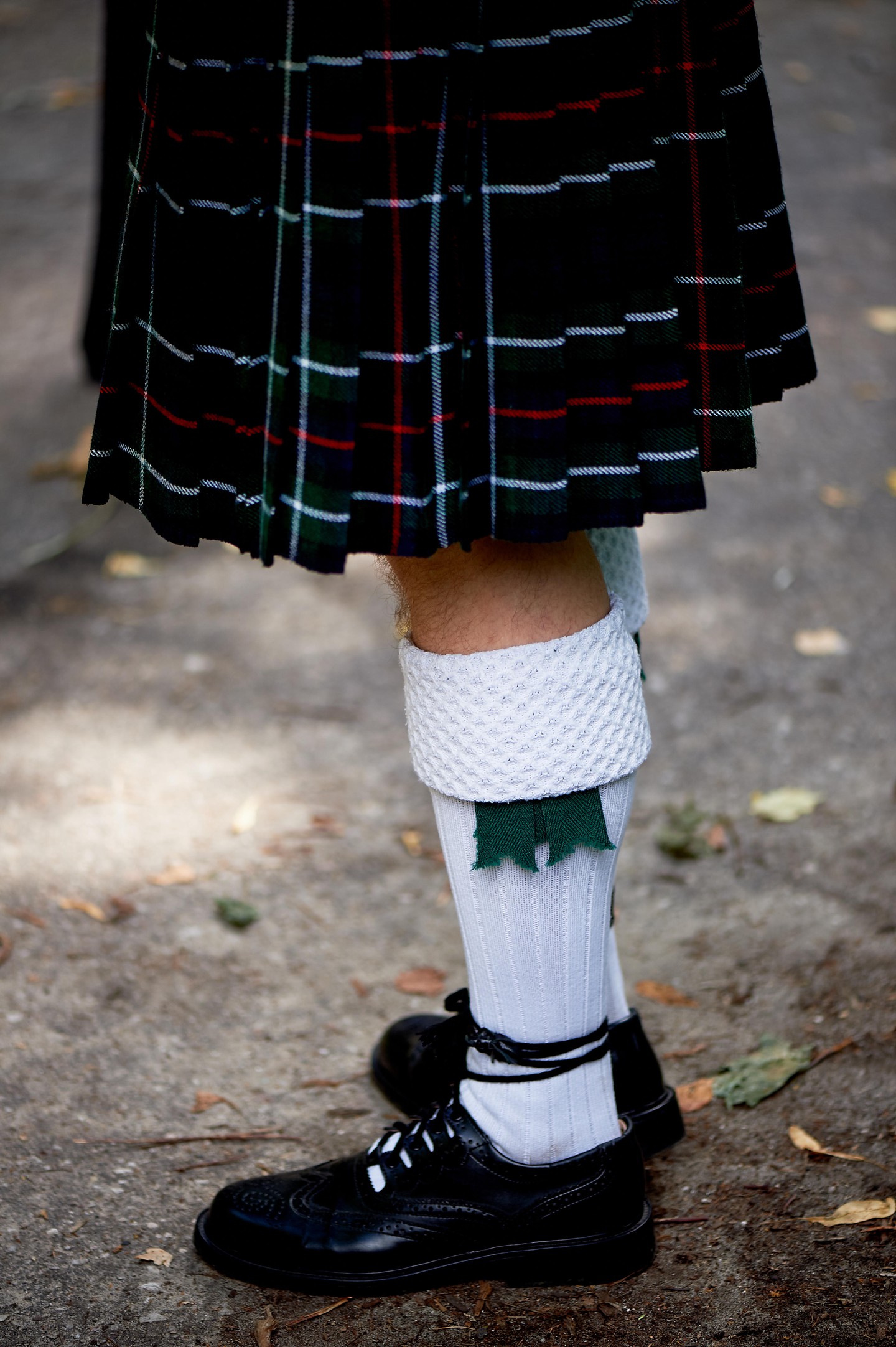 It has also been commandeered by a younger generation for a more casual look, and often dressed down in thick socks and rugged boots rather than the more formal black brogues as dictated by traditional etiquette. This is a trend that has been driven by an up-and-coming breed of contemporary kiltmakers, who have reinvented the look for a new generation.

21st Century Kilts, an Edinburgh-based family-owned boutique, specializes in bespoke designs, with a star-studded clientele including Robbie Williams, Alan Cummings, Lenny Kravitz, and Mario Testino. Owner Howie Nicholsby, a descendent of a traditional kiltmaking family, modernizes the attire in materials such as leather, gold, camouflage, and denim as well as the traditional tartan. He likes, he says, to offer men “a realistic alternative to trousers”, adding that he wants to “take the kilt away from being a formal garment and make it an everyday piece of clothing”. He claims not to have worn trousers himself for 20 years and even wears his kilts while cycling around the cobbled streets of Edinburgh. 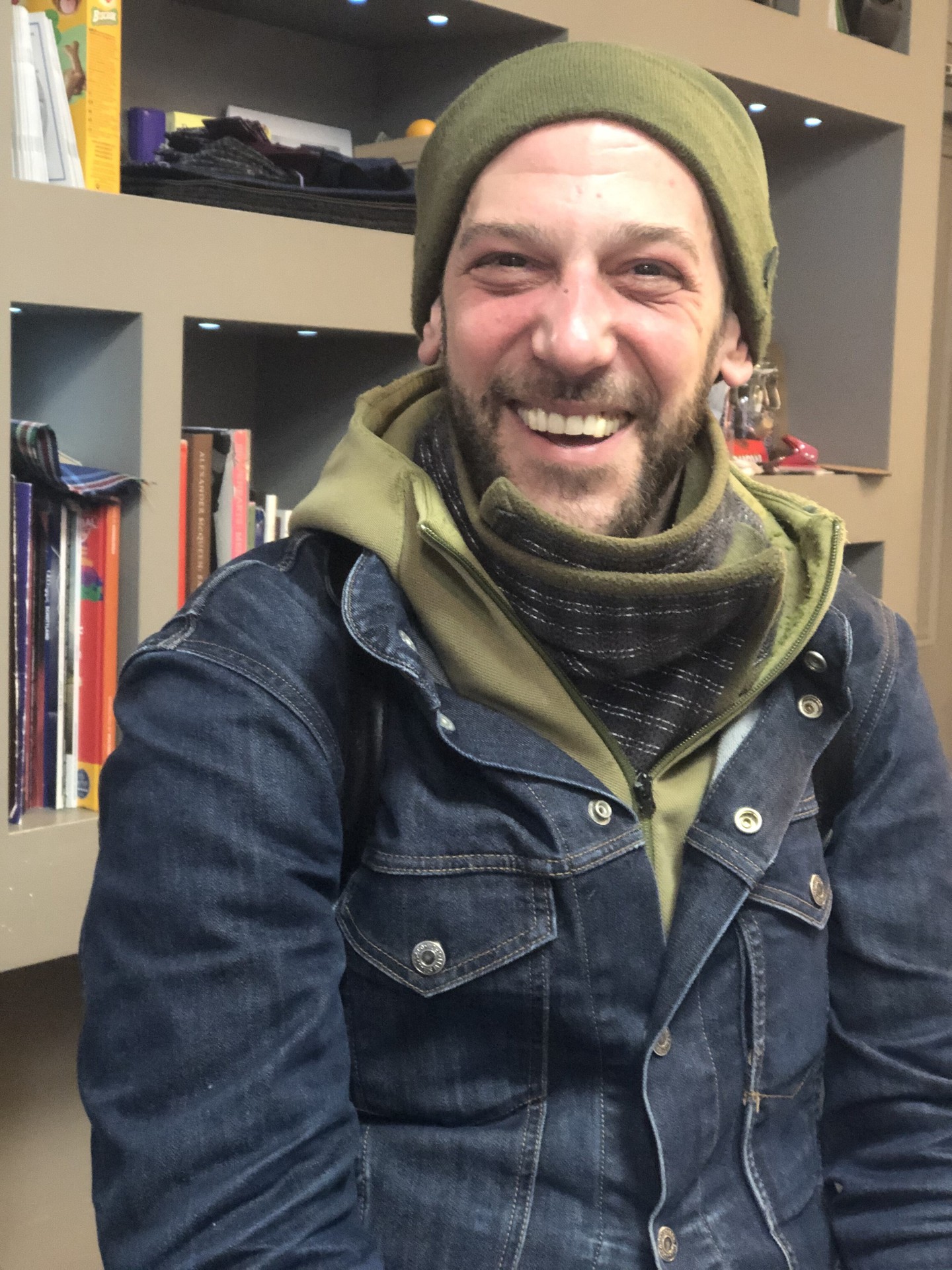 He also stresses that as a high-quality designer piece, his one-off designs are the very antithesis of disposable fashion. Given the considerable outlay, it is not surprising that most customers keep their kilt for life and they become a treasured heirloom passed on from father to son.

Despite efforts to democratize the kilt and bring it back to the everyday dress, it is still largely reserved for special occasions. Weddings and other black-tie events remain the most popular times for men to dig the Highland dress out of the back of the wardrobe, but this shouldn’t negate the multifaceted nature of the clothing. “Although kilts are no longer viewed by most as a piece of everyday clothing,” explains Lewis Henderson, the director of Stirling-based and family-owned kiltmakers, House of Henderson, “the kilt still remains an extremely versatile garment which can be dressed up or down to suit a number of different occasions”. Though traditionally worn with a tailored black jacket for a formal look, today the kilt is often teamed with a tweed jacket for a more casual style, and men can also mix things up with different sporrans, shoes, and socks.

And it’s a tradition that is as popular as ever. “Most Scotsmen like wearing a kilt and see it as an excuse to get dressed up,” says Ross Lyall, general manager of Glasgow-based Slanj Kilts, a company that’s been in the kilt business since 1995. Henderson agrees: “As well as forming part of the nation’s history and identity, the kilt continues to embody a strong sense of national pride and tradition in those who wear it.”

It’s not just Scots in their native land who are enthusiastic advocates of kilt-wearing; Scottish ex-pats around the world are all keen to keep up the tradition, with much of the demand coming from the US, Canada, and anywhere with large populations of displaced Scots. 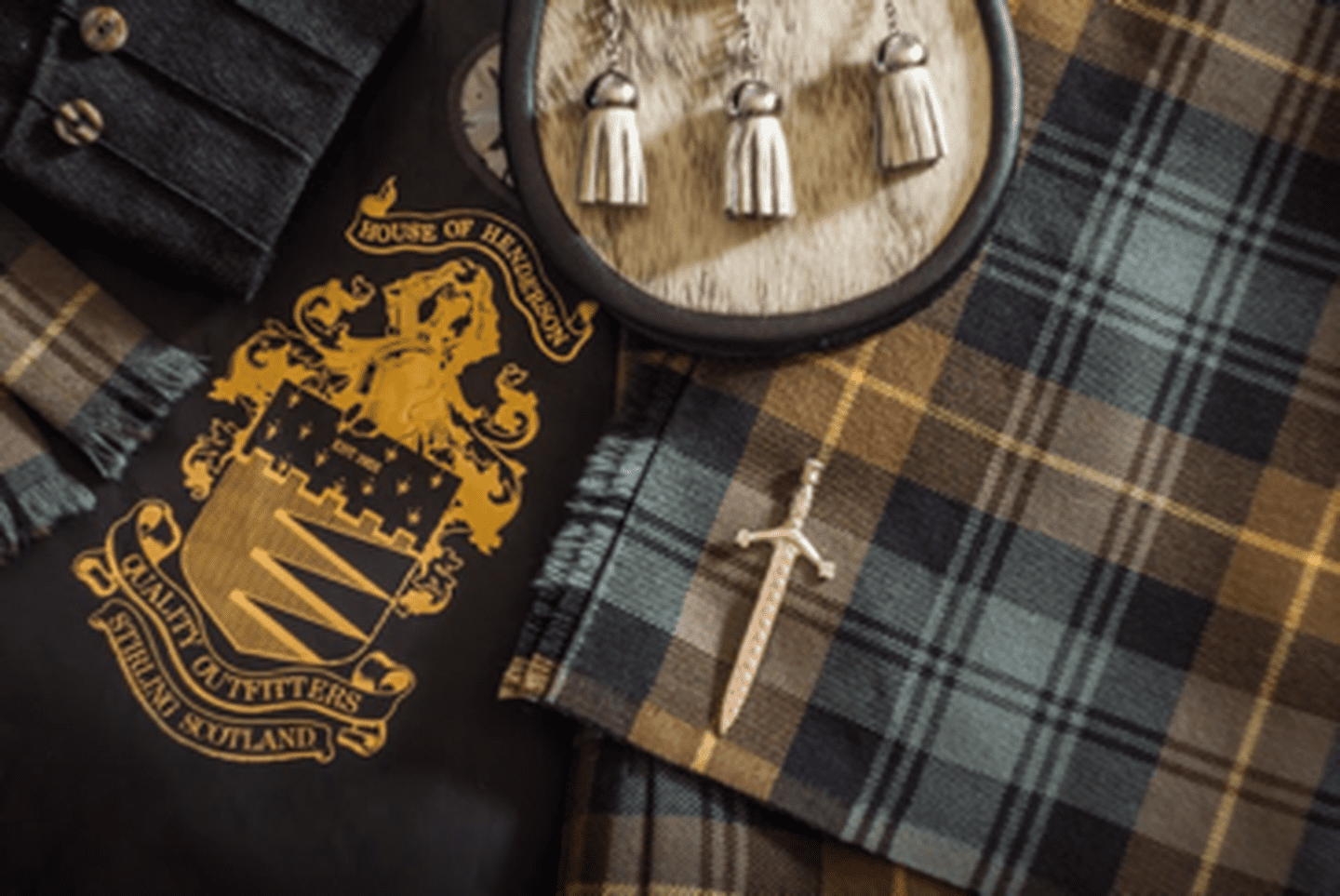 The growing popularity of ancestry research is also helping to boost kilt-wearing, claims Lyall. “There are only around seven million Scots in Scotland, but hundreds of millions across the globe who can now claim Scottish roots.” And they all seem to want to wear a kilt.

While it’s possible to buy an off-the-peg machine-made garment, the best are still hand-sewn using traditional skills handed down from generation to generation. Made from around eight meters (26 feet) of worsted wool and involving 7,000 painstakingly hand-sewn stitches, the average kilt takes between 8 to 10 hours to complete according to Henderson, depending on the skill of the kiltmaker and the level of intricacy of any particular design.

Though craftsmen such as Nicholsby sometimes use more unusual and modern materials to create their pieces, the most common pattern for a kilt is still a tartan, of which there is a dizzying array on offer. According to the Scottish Register of Tartans, the number of designs continues to grow every year and now runs into the thousands. You can choose your family (or clan) tartan, or select from an increasing number of generic designs; the familiar red Royal Stewart as featured on a thousand shortbread tins, the somber green-and-black Black Watch and Flower of Scotland are all perennially popular choices.

No Scottish wedding, ceilidh, formal event, or graduation would be complete without a flash of the family tartan | Courtesy of 21st Century Kilts

However, despite the surge in kilt-wearing, the actual art of kiltmaking is increasingly under threat: fewer young people are learning the craft, which can take between three to five years to master, and there has been a rise in kiltmaking factories offering good machine-sewn alternatives. Fewer Scottish mills are now weaving tartan, and as a result, these rarefied skills are not being passed on to the next generation.

Despite the threats posed by mechanization and the dwindling number of expert kiltmakers, Lewis Henderson is confident that the tradition of kilt-wearing will survive well beyond the 21st century. “To ensure the art of traditional kiltmaking does not peter out and flourishes for many more years to come,” he says, “We as an industry must continue to support, nurture and develop the ongoing skill base and interest in kiltmaking as an art form and piece of craftsmanship”. 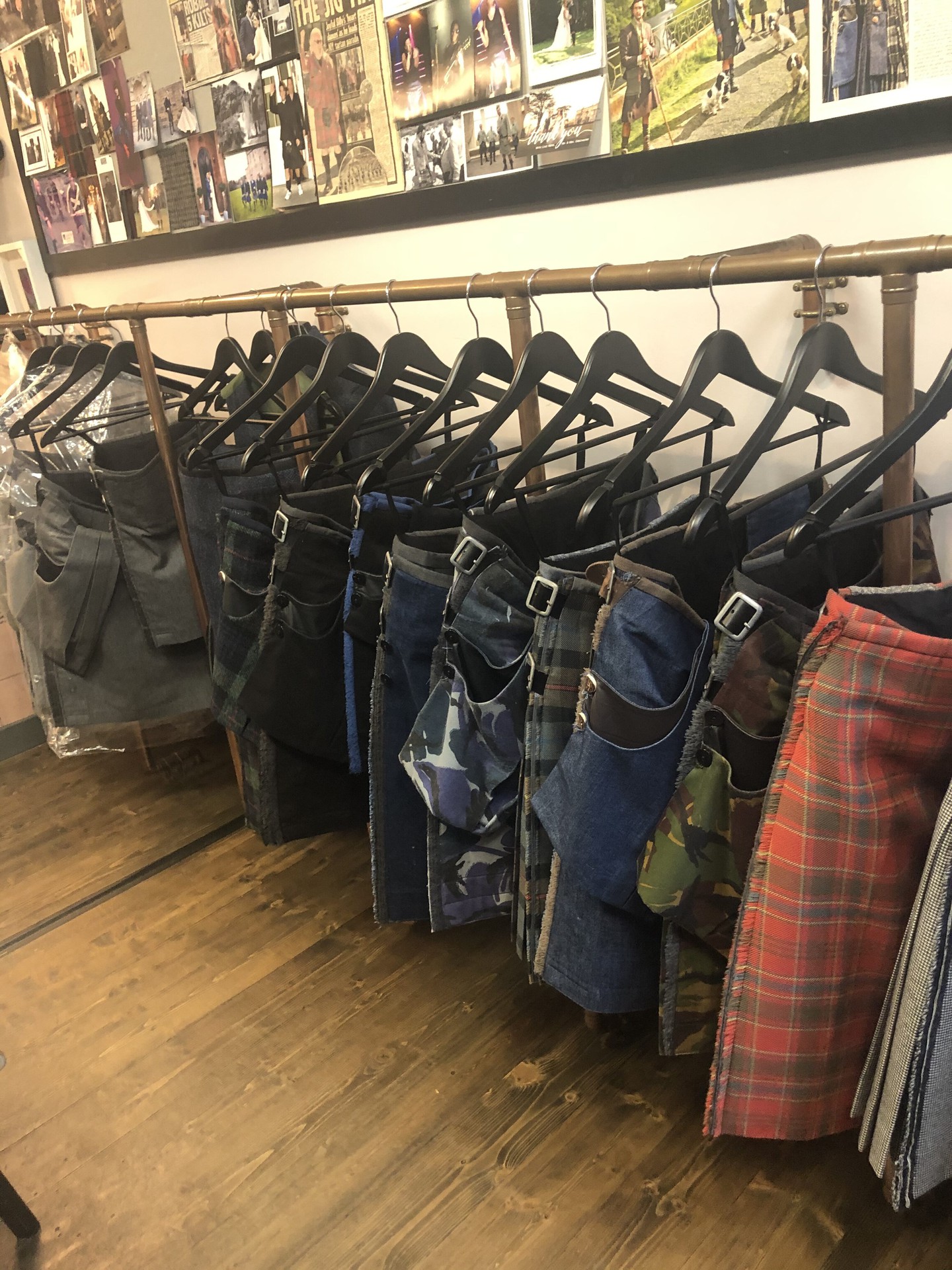 The Best Pubs In Glasgow, Scotland

13 things to do in Royal Deeside