Deep in the heart of southwestern Germany, in the land of car-makers and tech companies, lies one of the country’s best getaways from the everyday. While the most-visited tourist attraction on Lake Constance (or Bodensee) isn’t exactly a secret, the garden island of Mainau isn’t usually in the top 10 things first-timers want to visit during their time in Germany. 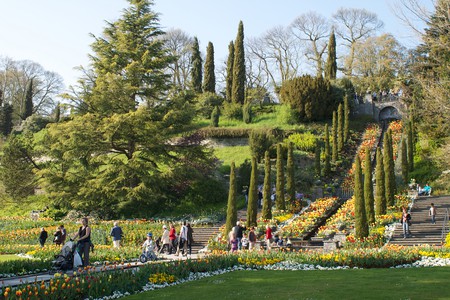 Which is too bad, because it really is a little bit of magic nestled against the Swiss and Austrian borders, just two hours south of Stuttgart. The island, with an area of 45 hectares (half a square kilometre), belongs to the Lennart Bernadotte Foundation, a family foundation created in 1974 by Bernadotte, the grandson of King Gustaf V of Sweden. In recent years, the island has been managed by Bernadotte’s children, Bettina and Björn.

The island’s arboretum has more than 500 species of deciduous and coniferous trees, including a giant sequoia from 1864 and a 65-year-old redwood. In the greenhouse, thousands of butterflies flit about amongst the tropical plants. 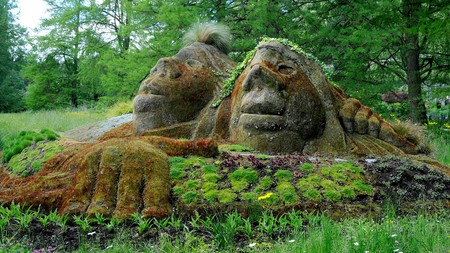 Back outside, there are more than 200 varieties of rhododendron and azalea dotted around the island, which explode into walls of colour in spring and early summer, but the clear highlight is the Italian rose garden. With more than 500 varieties of rose intermingled with the pergolas, sculptures and fountains, it is a must-see for anyone with even the slightest interest in plants and gardening.

20,0000 dahlias (which bloom at the end of August) and another 600 varieties of rose totalling 30,000 bushes, make the rest of the island a joy to behold. Mediterranean terraces have pots of palm, agave and bougainvillea that would make any gardener confined to a temperate climate green with envy. 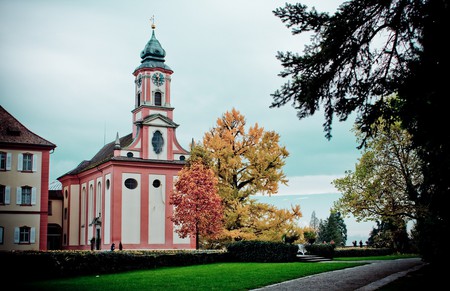 The Bernadottes are determined to maintain their fantastic garden wonderland as a model of good environmental practice, and still live on the island. Some parts of the 18th-century baroque palace are open to the public. The palm house, home to Mediterranean plants, also houses 3,000 orchids. It will undergo renovations in the autumn of 2017, so check opening times before visiting.

The island is open every day of the year from sunrise to sunset, with fantastic news for photographers chasing the golden hour. Most of the flowers are in bloom between end of March and the end of October.