Ms Artchula said the older male elephant was teaching the younger juvenile how to forage for food from passing vehicles.

Ms Artchula said: ‘The animals are nice to humans, if humans are nice to them. That is why we ask all drivers not to harm any wildlife, we should live together peacefully.’ 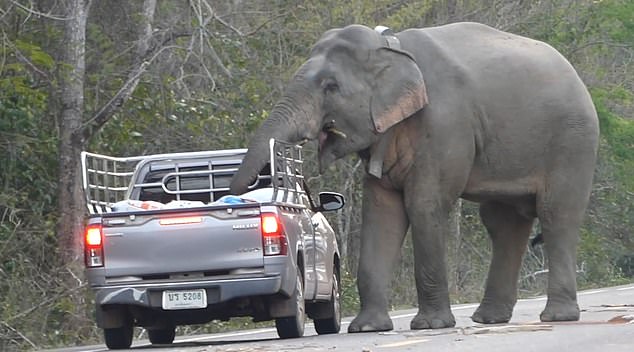 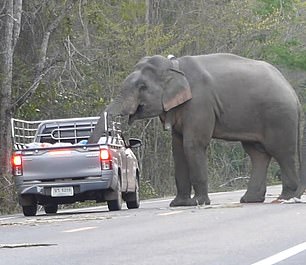 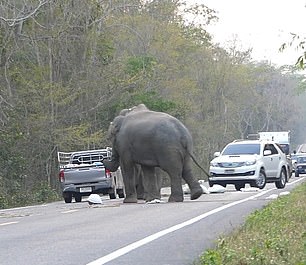