Volunteer firefighters banded together to help a distraught mother duck after her ducklings fell down a drain.

Footage captures the adorable moment the ducklings are winched from the drain in front of their mother.

Three members of the Titirangi Volunteer Fire Brigade, in New Zealand, formed a production queue to pull the ducklings out while one filmed the heroic rescue. 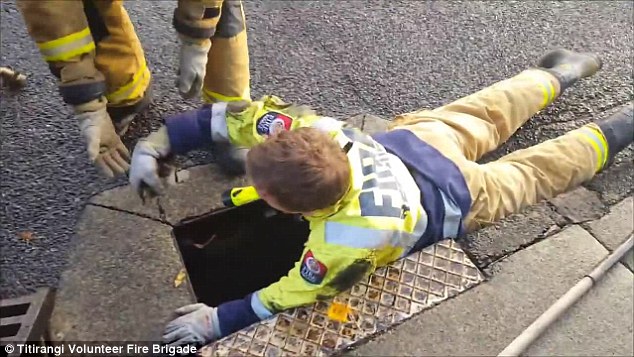 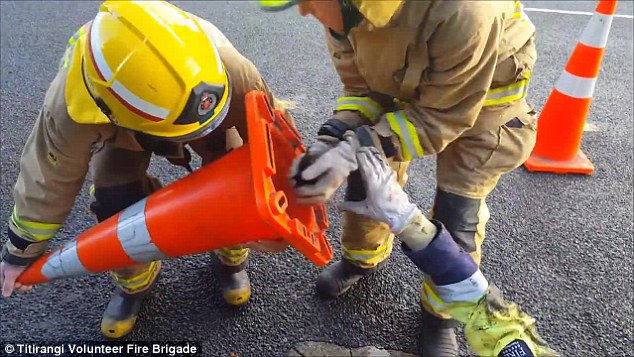 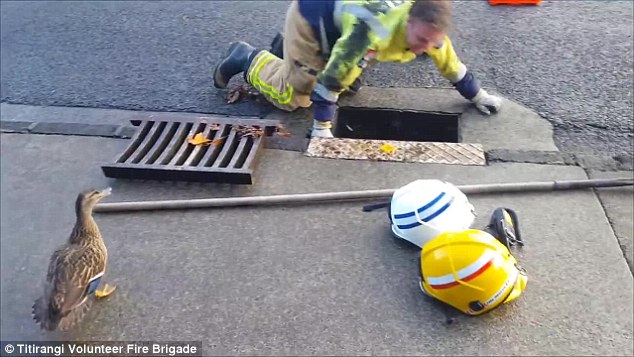 Their distraught mother watched on, pacing back and forth and seeming to ‘yell’

One man laid on the road and reached into the drain. He passed the ducks to his colleague who placed them into a large orange traffic cone, held up by the third man.

The mother duck watched on anxiously, in the same manner, one would expect from a human mum – as she ‘yelled’, she was pacing back and forth, and running up to the firefighters when they pulled one of her children out.

The mother duck was just as in need of help as her ducklings, as firefighters kept watch so she did not rush on to the road.

In one last check, a firefighter hung upside down to skim through the water of the drain while a colleague held his legs.

‘He gets the big jobs,’ one firefighter joked, referring to the leg-holder, as the men worked on Godley Road in Green Bay.

After all eight ducklings had been collected, their anxious mother accompanied the firefighters to a nearby park to be reunited with her lost children.

As the ducklings were slowly released from the traffic cone, they huddled around their mother, who wasted no time before appearing to scold them.

The family eventually walked off, this time with their mother keeping a vigilant watch of the ducklings. 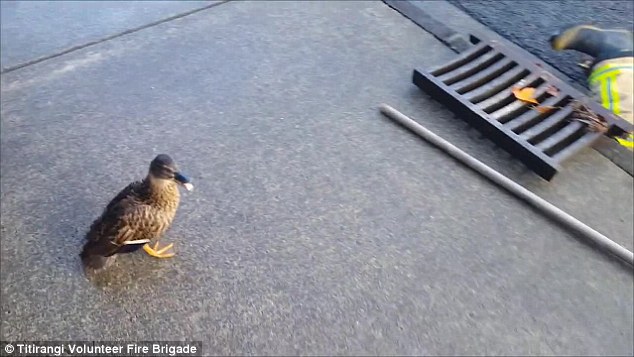 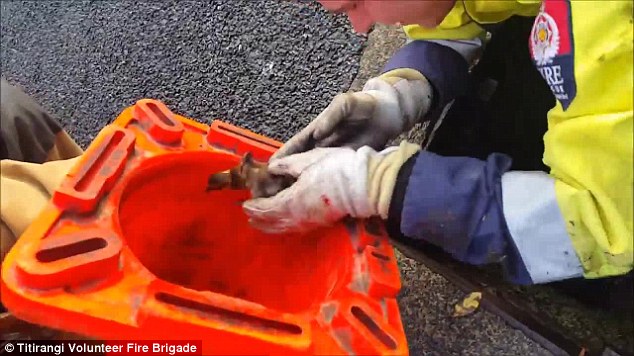 The ducks had a fun time sliding down the large cone, where they waited to be reunited with their mum 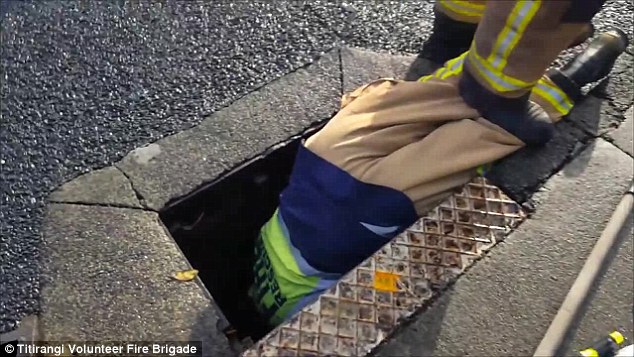 In one last check, a firefighter holds his colleague’s legs while he hangs upside down to look for more ducklings 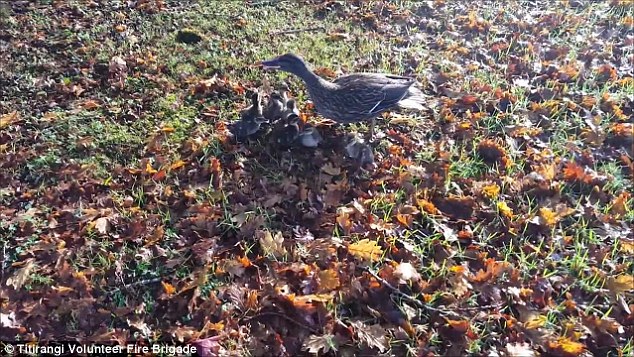 While the mother duck was delighted to have her children back, nobody left until they had gotten along scolding

Waitomo, New Zealand Is Home To Not One, But Hundreds Of These Glowworm Caves