Polar bears are loved by many people for their pure and lovely appearance. In addition, the moments when the mother and daughter of the bear family cuddled each other also captured the hearts of many “fans”.

A series of pictures of polar bears clinging to their mother’s buttocks have been strongly shared by the online community. However, not many people know the harsh conditions the photographer had to go through to capture these photos.

Daisy Gilardini is a nature photographer, whose main subject is images of the Earth’s poles. Last year, she went to Wapusk National Park (Canada) to take pictures of 4-month-old cubs. These are polar bears that were taken out by their mother for the first time after sheltering in a cave all winter. 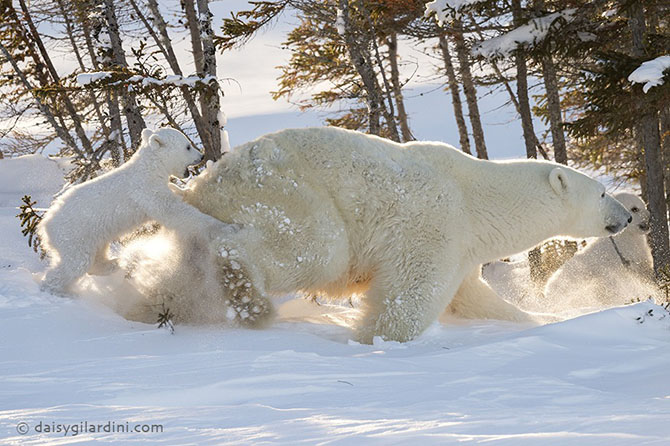 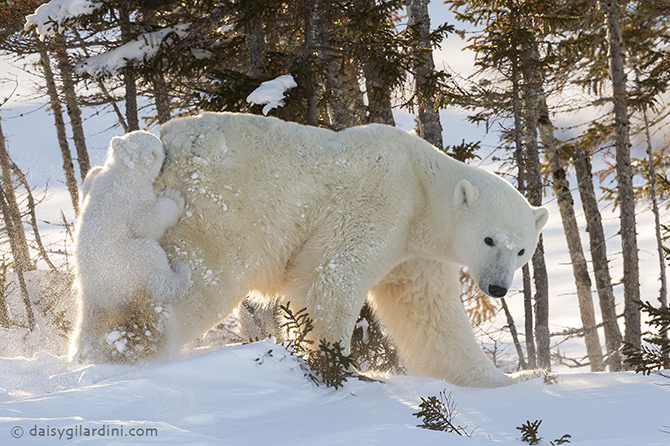 Mrs. Gilardini’s photo tour lasted 13 days. At one point, she waited for up to 117 hours in front of the bear den, when winds reached 60-70 km/h and temperatures dropped to -50 degrees Celsius. The waiting process gave her 12 hours of shooting. figure, with five different scenes of bears. 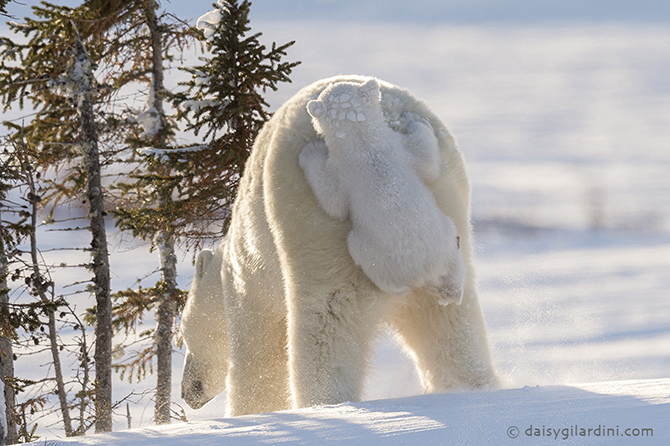 Lovely moment shared by many people

The mother bear sometimes recognized the group of photographers, even though they were all standing at a distance and using lenses with focal lengths up to 800 mm (Gilardini sometimes used an additional 1.4x magnifier). Even so, the mother bear remained quite calm and played with her cubs, then suddenly she took her cubs away. A cub may have been a bit lazy, and tried to cling to its mother’s butt instead of walking on its own.

Ms. Gilardini says wildlife photography requires patience, sometimes with long waits in inclement weather. However, if you can witness these interesting images with your own eyes, it is also a priceless experience.

What I Wish I’d Known Before Moving to Canada