It’s an experience worth standing in a long line of Muggles for, and one of the most Instagrammable places in Portugal. First inaugurated at a different building in 1881, the Livraria Lello & Irmão bookstore is an enchanting and bright space. And yet, while we love the Harry Potter connection, it so much more than an inspiration for Hogwarts and the Flourish and Blotts wizarding bookstore.

Some bookstores have been built inside converted factories and churches, others are hidden down alleyways and are the size of a small closet, one special store even met a Guinness World Record. All of them help make Portugal an excellent destination for bookworms; the country is even home to a book-themed hotel inside an 18th-century convent. The Livraria Lello & Irmão bookshop in Porto, however, is perhaps the most famous literary attraction of them all. Centrally located in the heart of Portugal’s second-largest city and creative hub, it is one of the magnets that attract droves of tourists to Northern Portugal.

Shelves filled with a variety of books are framed in attractive, intricately carved, wooden panels that catch the light as it filters through the tall windows and stained-glass ceiling, adding to an already charming ambiance that even the tourist crowds seem unable to spoil. Despite being a stunning space in itself, the grand staircase is a breathtaking attention-stealer and the main feature upon entering, instantly taking visitors back to Hogwarts. The store’s popularity is clearly visible in its worn steps but doesn’t detract from its beauty, and it’s hard to argue against the belief that this staircase once inspired Rowling. 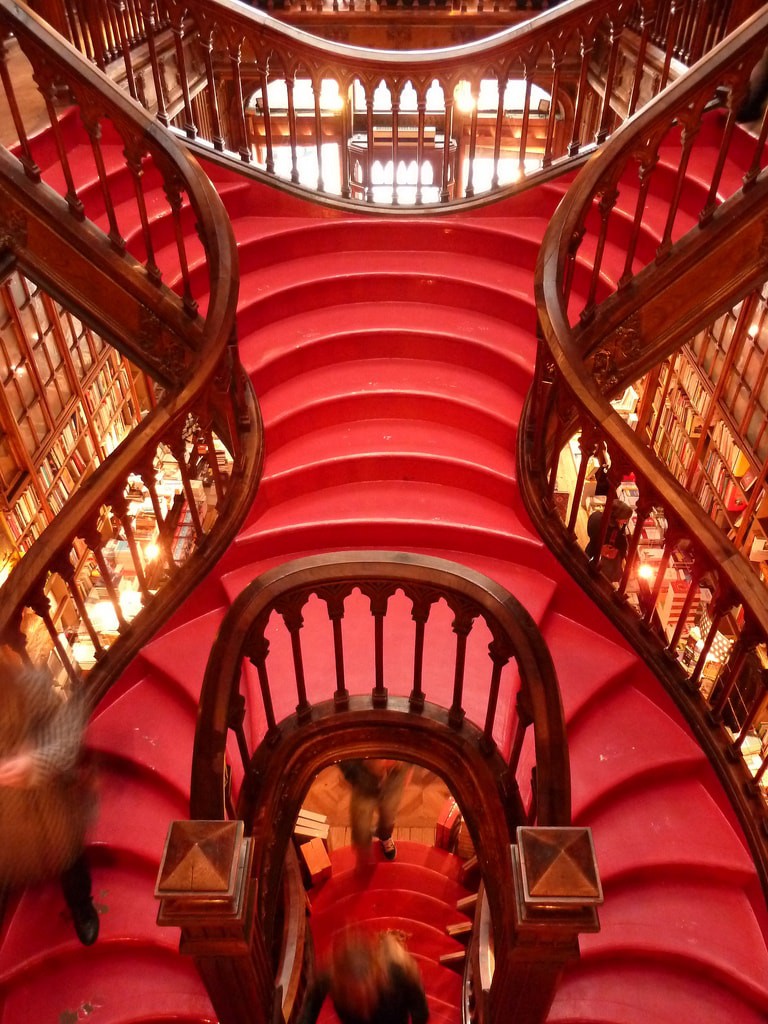 This beautiful spot was the realized dream of a Portuguese businessman named José Lello and his brother António Lello, hence the name Lello & Irmão (irmão is the Portuguese word for brother). Purchased at the beginning of the 20th century, this wasn’t their original building; the first shop was located just a few blocks away and served as both a bookstore and publishing house. 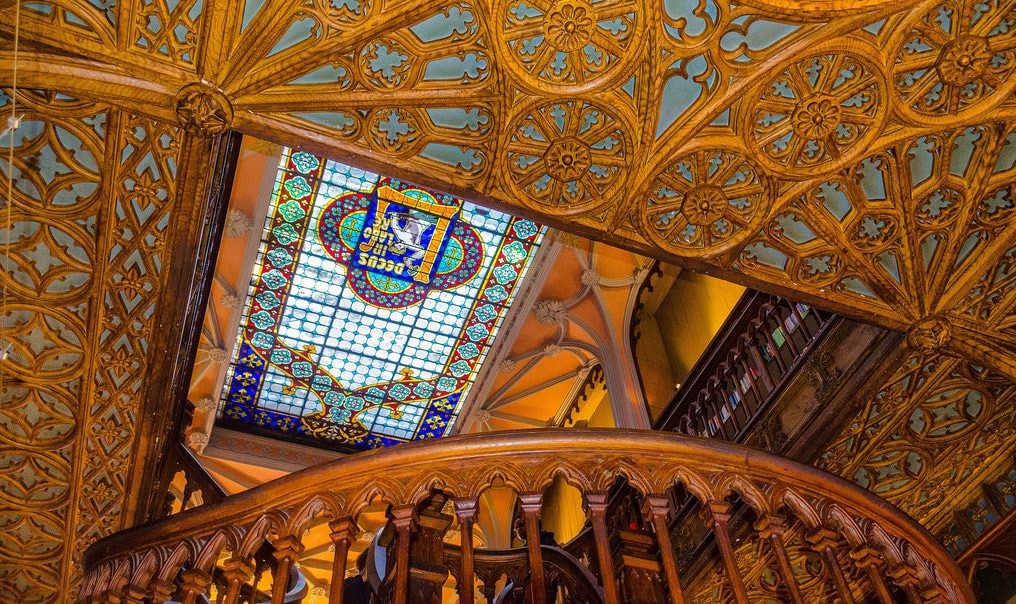 Livraria Lello (as it is known for short) showcases more than just Portugal‘s love for books—it boasts the country’s appreciation of Neo-Gothic, Art Deco and Art Nouveau style and architecture, with bold colors and elaborate carving work on the wooden interiors, incorporating a mix of fluid and geometric shapes. The building’s Neo-Gothic façade is also worth appreciating, depicting symbolic illustrations of science and art, making the wait in line outside that bit more worthwhile. Inside, the shop pays homage to some of Portugal’s most famous and historic authors in the form of small sculptures. 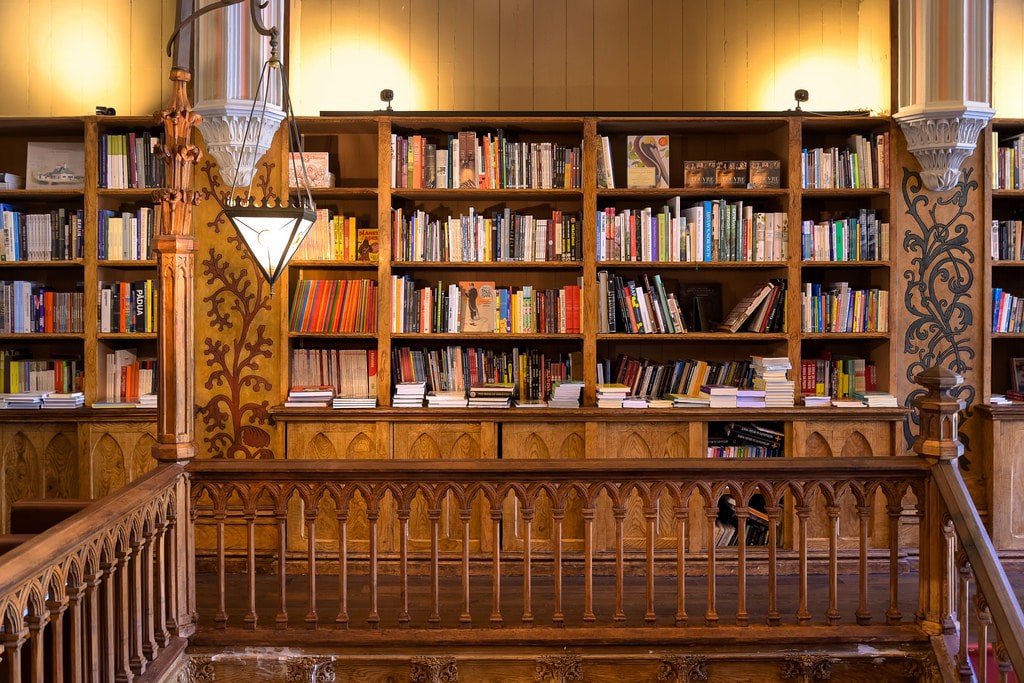 Livraria Lello & Irmão’s beauty has caught more than a bit of international attention. The Telegraph, Bustle, and Travel + Leisure are just a few famous media outlets that have listed this charming shop as one of the most beautiful bookstores in the world.

An small fee of €5 is required to enter this handsome shop that once captivated J.K. Rowling, but the receipt doubles as a voucher on purchases. You can buy yours online on the Livraria Lello & Irmão website, or from a small stand near the store.