When you look at a map, lakes are universally marked with a pale blue colour. But when it comes to Lake Hillier in the remote south-west of Australia, the cartographer should really reach for a pencil shaded somewhere between ‘flamingo’ and ‘fairy floss’. 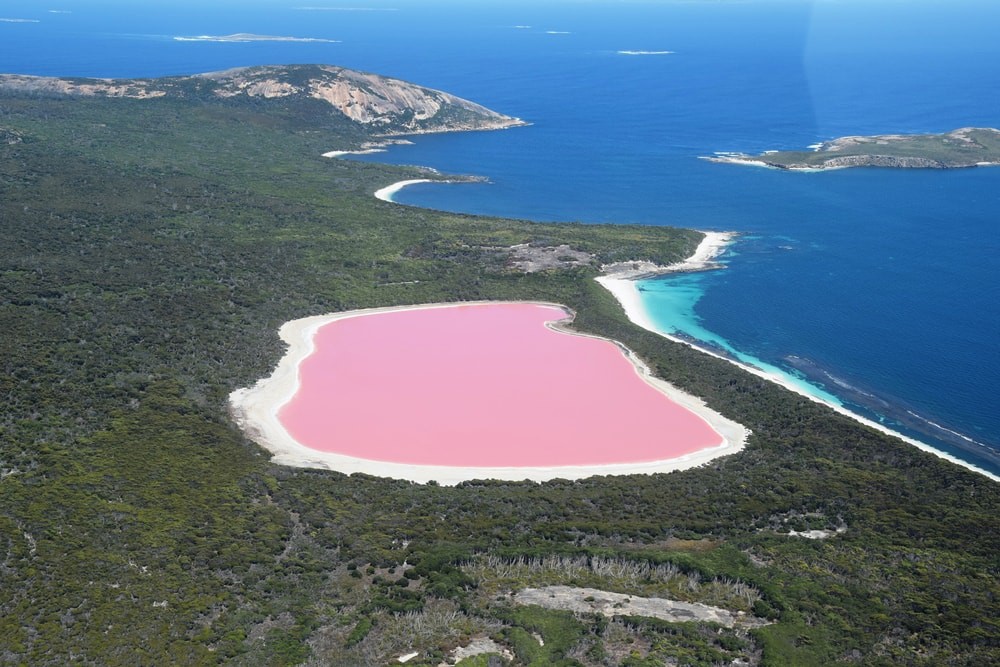 There are a few pink lakes dotted around the state of Western Australia, but Lake Hillier is the most well-known, the most bubblegum-coloured, and the most frequently visited. The lake is found on Middle Island in the Recherche Archipelago, a set of islands around 130 kilometres off the coast of Esperance in south-west WA. The islands were only discovered by British explorers as recently as 1802, and are still uninhabited. Esperance is either a seven-and-a-half hour direct drive from Perth, or a compulsory stop on a more meandering road trip along the coast, either exploring the scenic south-west of WA or conquering the epic journey across the Nullarbor Plain from the eastern states.

Why is it pink? 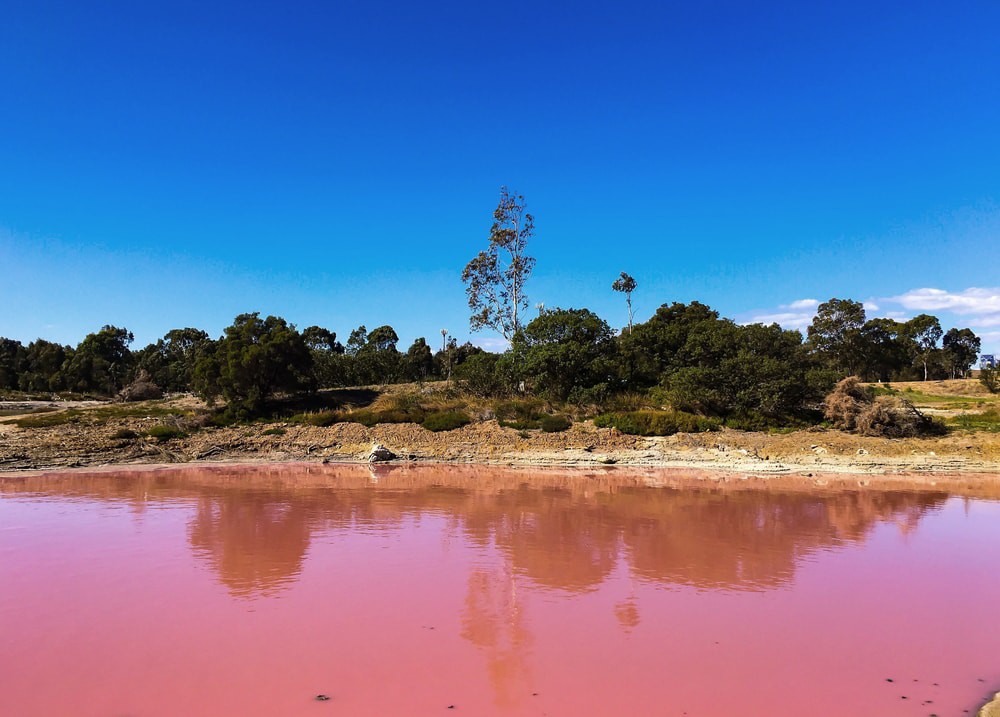 Scientists believe the bubblegum colour comes from the presence of Dunaliella salina, a micro algae containing a reddish pigment that thrives in salty lakes. Even when the water is scooped up into a container, the liquid retains its pink hue. Lake Hillier is 600 metres long and 250 metres wide, surrounded by gum trees and sand dunes protecting its pink water from the deep blue Southern Ocean. The lake was once used to mine salt – like they still do at similar pink lakes such as Salina de Torrevieja in Spain and Lake Retba in Senegal – but these days tourism is a far more valuable resource.

How can you see it? 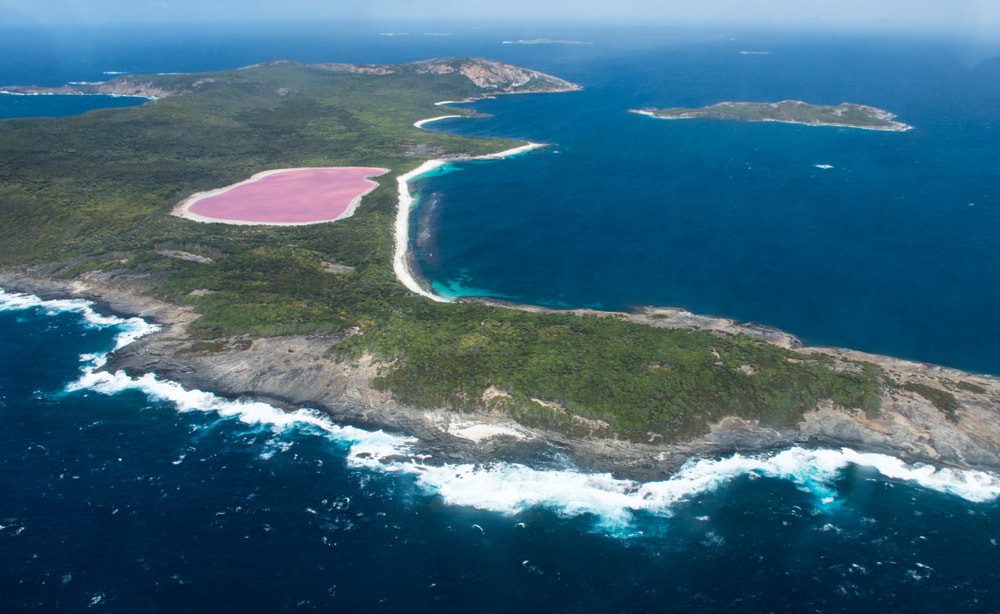 The best way to see Lake Hillier is from above, with a bird’s eye view of its vibrant colour. Departing six times a day, seven days a week, Goldfields Air Services can fly you from Esperance over the white sand beaches and turquoise water of Frenchman’s Peak, the Cape Le Grand National Park and Lucky Bay before cruising over the picturesque Lake Hillier, the photo opportunity every visitor is desperate to stick on their Instagram. The experience goes for one hour and 40 minutes, and costs $370 for adults and $310 for kids. Visitors can’t swim in Lake Hillier, but you can explore the islands of the Recherche Archipelago on a diving and snorkelling experience from Esperance with one of the tour operators in town.

What else can you see and do nearby? 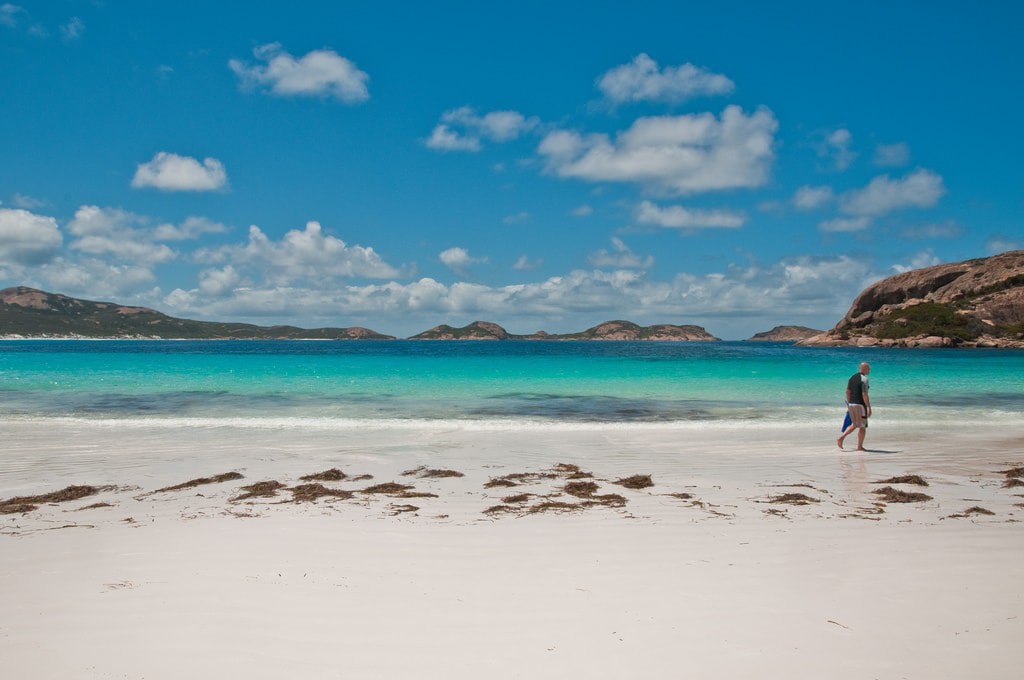 This colourful corner of Western Australia is all about the great outdoors – the opportunities to bushwalk, cycle, fish, dive, kayak, abseil and windsurf are some of the best in the country. The other iconic Instagrammable attraction is Lucky Bay in the Cape Le Grand National Park, a beautiful beach brimming with a resident population of kangaroos hopping all over the sand. Stokes National Park, Cape Arid National Park and Woody Lake Nature Reserve are also all worth a visit, especially between May/June and September/October, when wildflowers bloom and whales migrate along the coast.