Hallstatt, Austria has been occupied since the iron age; 7000 years ago people found the salt mines, which gave them an opportunity to settle an area which they would make into a trade center soon after. This rich cultural history is the basis for Hallstatt’s inclusion as a UNESCO World Heritage Site. Travelers interested in lakeside archaeology will have a lot to discover. Hallstatt has several museums, the main archaeological museum in Hallstatt center–and you can take archaeological tours of the salt mine.

Where is Hallstatt, and how do you get there? 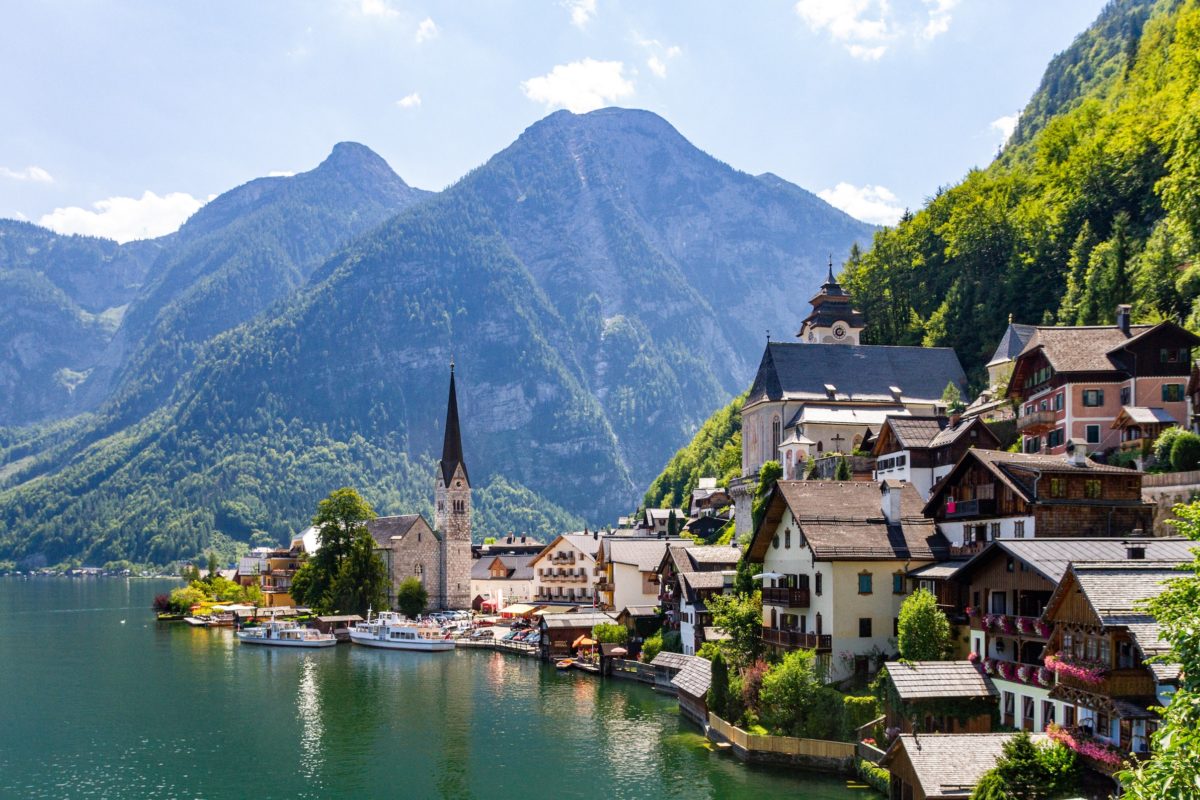 Hallstatt is located in the Salzkammergut Region of Austria, southeast of Salzburg and directly on the shores of Hallstätter.

There are no direct trains from Salzburg to Hallstatt, so if you’re trying to visit Hallstatt as a day trip from Salzburg, stop in a travel agency and get see about a direct bus journey. You can take a bus from Bad Ischl, to the north, and then a train to Salzburg.

If you manage a route by train to Hallstatt, you’ll get to the town via a small ferry; the train station is across the lake from Hallstatt. It’s a nice way to get your first glimpse of the town at the edge of the lake.

If you are traveling by train, you may wish to check out the variety of Austrian Rail Passes. You can also purchase a single pass for both Germany and Austria if you are planning to visit both countries by train.

By car, exit the A10 at Golling and follow the B-126 to Gosau, then the B166 to Hallstatt. You won’t see signs for Hallstatt until after Gosau, so don’t worry (we did the worrying for you already).

There is a Taxi company that can take you anywhere in the area, even the hiking trails. Taxi Godl even has English speaking drivers. 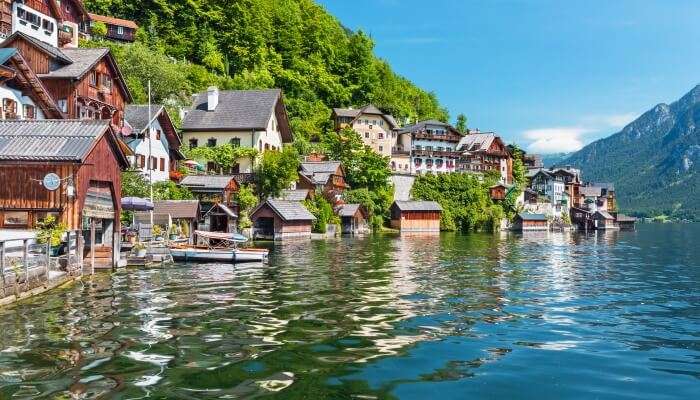 Hallstatt has fewer than 1000 people. Despite the low population, parking can be a problem in Hallstatt during the summer season. There are several public parking lots available, and signs along the main road tell you the status of each.

What to do in Hallstatt

You’ll want to take the funicular up the hill to the salt mines and the area which was once an iron age cemetery that has been excavated. Archaeologists have erected some experimental facilities based on their excavations. In one, preserving pigs by salting, 150 at a time, has been tested to see if iron age folks could conduct such a large enterprise.

The salt mines, “Salzwelten” or “Salt Worlds”, is the top attraction in Hallstatt. You’ll find out how salt is mined, see ancient tools and the “Man in Salt” (not only pigs are preserved by being doused in it after death). 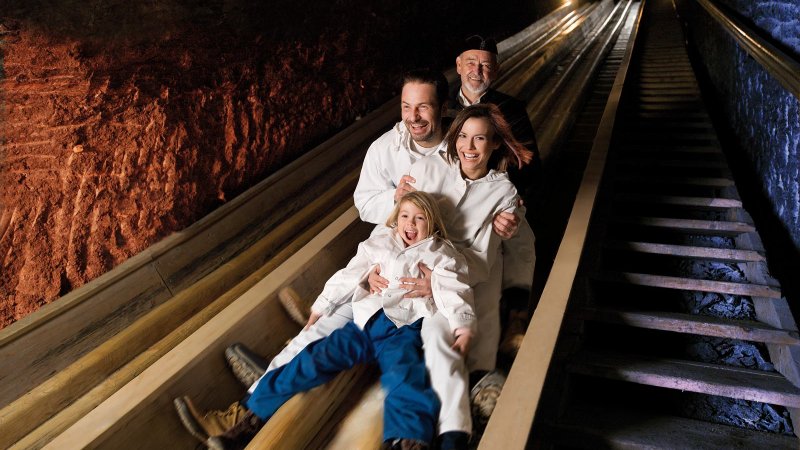 Another attraction, for bone lovers at least, is the “Beinhaus”, or “Bone House”. You see, with Hallstatt pinned between mountains and a lake, there’s little room to bury people. So, corpses did some time in the ground in the cometary and then were dug up to make room for new guests. The exhumed bones were made presentable (they painted them) and stored in the bone house near the church.

The two museums in Hallstatt are worth a visit in the summer. The Prehistoric Museum shows you the artifacts from the bronze age and iron age graves and the Folk Museum (Heimatmusem) shows more recent finds.

Nearby Overtraun, an easy and flat 4km walk from Hallstatt, has ice caves to visit. In summer, music concerts are held inside.

But the best thing of all is the setting. Nature lovers will be thrilled with the views all around, and naturists can take it all off at the well-marked FKK nude beach near the campground on the road about halfway between Hallstatt and Obertraun.

If you’re not tired of salt mines after your visit to Hallstatt, you can easily drive or take the bus to the Altaussee Salt Mines, the “mountain of treasures” where over 6,500 Nazi looted art objects were recovered by the famous Monuments Men during the war.

Lodging in Hallstatt can get a little sparse for the summer season. Since the area around the lake is flat and easily walkable, a place in the country might be just the ticket; see Salzkammergut Vacation Rentals.

Austrian Foods to Keep You Warm This Winter