Australia’s bushfire crisis crippled habitats and burnt through 10 million hectares (24.7 million acres) of land in just 240 days. It devastated wildlife populations with experts fearing that some habitats may never recover. Sydney’s Taronga Zoo was at the forefront of the crisis, with staff battling to care for koalas that had sustained life-threatening burns. The zoo’s director of welfare, conservation and science, Nick Boyle, explains how his team is continuing their efforts to rehabilitate wildlife and what people can do to help conservation efforts.

Australia is no stranger to harsh weather conditions, but the devastating effects of recent bushfires had a particularly catastrophic impact on local wildlife populations. Best known for its iconic harbourfront zoo, Taronga played a vital role in caring for fire-affected koalas that were displaced across the state. “Our Wildlife Hospital at Taronga Western Plains Zoo has treated more koalas over the last few months than we would normally see in a two- to three-year period,” Boyle says. 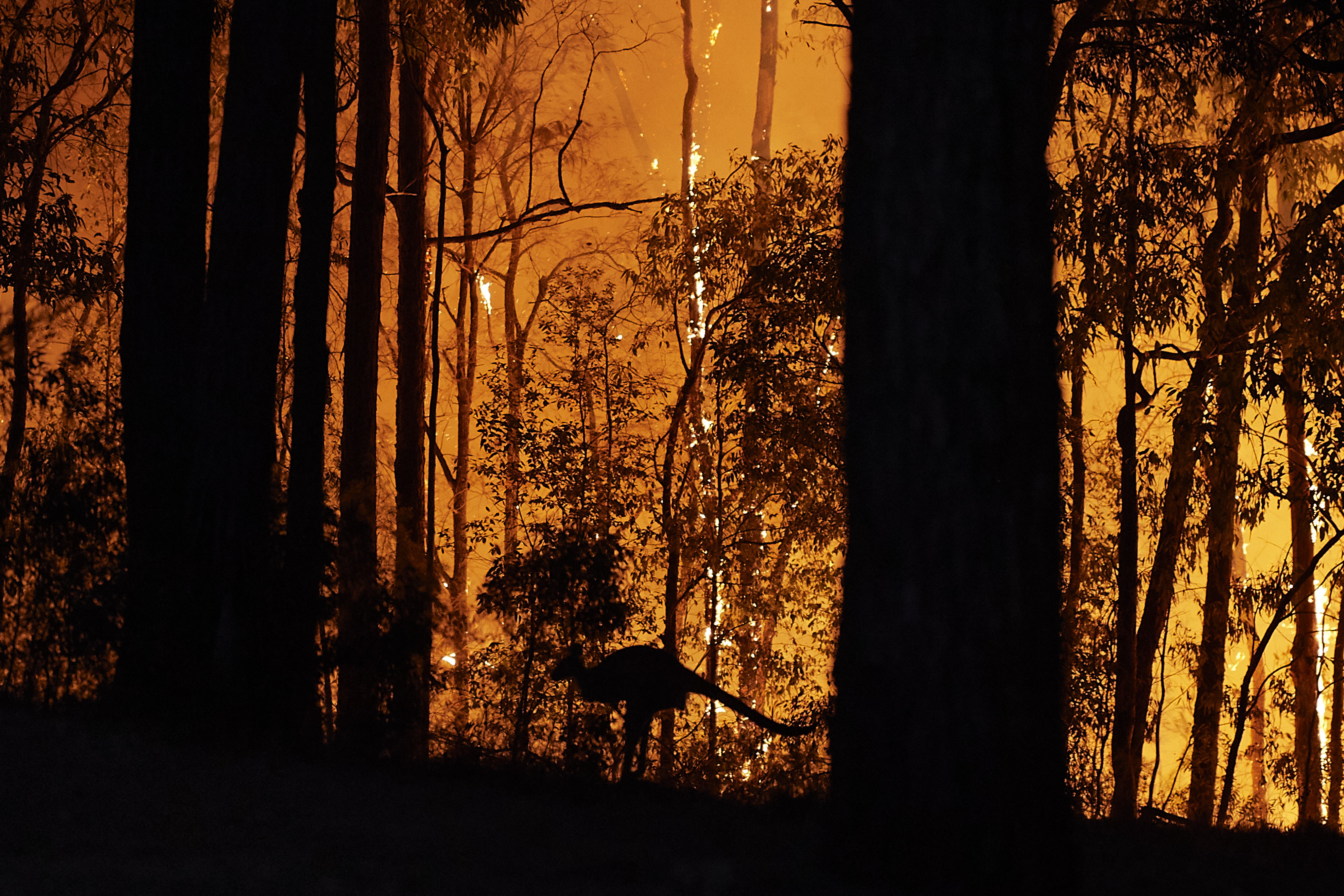 But it’s not only fires threatening Australia’s most-loved marsupial. An unrelenting drought, the country’s worst in 400 years, has forced koalas from their dried-up habitats in search of water. “At Taronga’s Wildlife Hospital in Sydney, our veterinary team have been caring for animals displaced as a result of drought and bushfires, as well as animals suffering from dehydration and heat stress,” Boyle added.

Aside from dwindling numbers of koalas themselves, the resulting impact on the surrounding bush ecosystem is widespread. “Being obligate folivores, they have an influence on forest growth and are also eaten by a handful of native species – particularly birds of prey such as the Powerful Owl – however, the importance of koalas really lies in aspects outside of their ecosystem services,” Boyle explains. “Koalas are an important flagship or umbrella species, in the sense that the protection of koalas and their habitat brings positive benefit to a range of lesser-known species.”

As bushfires swept across the country, Taronga was instrumental in deploying emergency responders, who provided emergency shelter, medical care and rehabilitation. Taronga’s wildlife veterinarians and veterinary nurses were stationed on the ground in mobile vet clinics and emergency wildlife centres across fire-affected areas. “In the field, vets have been caring for koalas that have been burnt in the fires, treating their burns as well as treating them for dehydration, heat stress and starvation,” Boyle says. 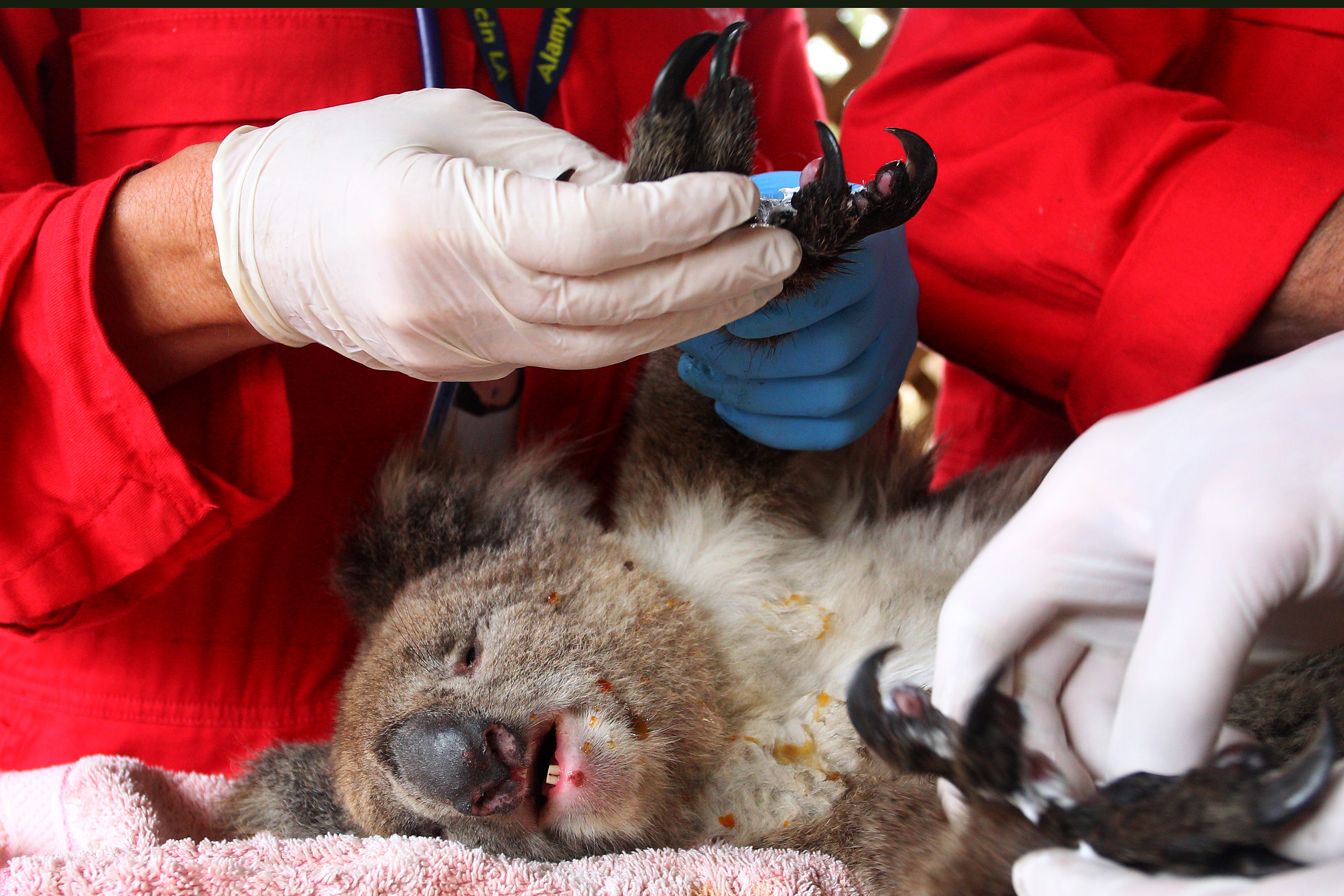 Taronga is also safeguarding the future of the species by caring for “12 genetically valuable koalas who were rescued from the path of fire in the Blue Mountains by the research group, Science for Wildlife,” Boyle says. After losing their habitat to fire, these koalas will remain under Taronga’s expert care until it is safe for them to return to the wild. “Taronga’s koala keepers have been providing special care for the 12 koalas rescued from the Blue Mountains, including undertaking regular food-sourcing missions to obtain gum leaves for them,” says Boyle.

Another innovative project spearheaded by Taronga’s veterinary team is an “open source electronic learning package for vets and vet nurses in the treatment of burnt and dehydrated animals, with focus areas on koalas”. Aimed at equipping vets with the tools needed to effectively care for distressed wildlife across the country, the educational kit has been distributed across local veterinary groups and societies.

Turning around the fortune of Australia’s koalas is not something Taronga can tackle alone. An emergency appeal launched in November was set up to support both immediate and long-term initiatives to ensure the survival of the species. According to Boyle, “contributions to this appeal have been – and will continue to be – critical in safeguarding the survival of this national icon.” As the smoke clears and the combined effects of bushfires and drought come into view, Taronga has its sights set on a bigger, broader response that encompasses a wide range of native species.

Taronga is partnering with other animal rescue organisations, too. “A key focus will be working with the Port Macquarie Koala Hospital to scope the establishment of a breeding sanctuary for the mid-north coast population, continued research into addressing koala disease and new research into koala translocations for conservation outcomes,” Boyle explains. Over the next 12 months, the Taronga team will be working to identify sites that can be regenerated to foster genetic diversity across a range of key wildlife species. “Restoring, securing and protecting habitat is a key component of all of Taronga’s core conservation programs,” Boyle says.

While it’s a long road ahead, there are things everyone can do to help bring koalas back to the bush. Whether it’s donating to Taronga’s Wildlife Crisis Appeal or staying overnight at Taronga Zoo’s popular eco-retreat overlooking Sydney Harbour, contributions will ultimately go toward protecting Australian wildlife for generations to come. Another way to lend a hand is by volunteering with local bush regeneration organisations to plant trees and restore koalas’ native habitats. A last piece of advice from Boyle: “if you live in areas where koalas occur, be mindful of your impact on them.” This includes driving slowly through bushland areas and ensuring pets don’t come into contact with native wildlife.

An Australian landscape without wild koala populations is unthinkable for the country’s conservationists. “Koalas are also culturally important to traditional owners in many areas and have a significant cultural value to Australia. There is something quite tragic about the idea of losing a species as iconic and loved as the koala,” Boyle admits.

Taronga continues to provide care for over 50 koalas across their wildlife hospitals in Sydney and Dubbo. Consider visiting, donating or volunteering to help them return koalas to their natural habitat.