This is the touching sight of a herd of elephants having some fun as they frolic together on a dirt track.

The footage shows the elephants rolling around and climbing all over each other on a road in Kruger National Park, South Africa.

During the clip, the excitable safari-goers could not believe what they were seeing and can be heard exclaiming in excitement. 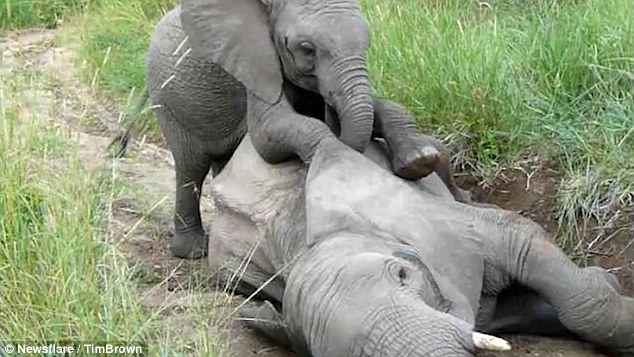 The video starts with four elephants playing together, with two of them lying down.

Later on, the film cuts to a smaller elephant relaxing on a grassy verge. Despite there being spectators so close by, the animals are remarkably relaxed.

The person filming said: ‘This was one of the rarest footage I have ever had the privilege of filming, where a herd of elephants lay down in the road and began rolling around and climbing all over each other. 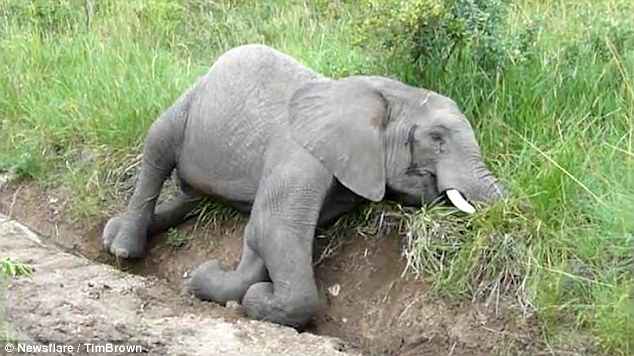 Relaxing: This elephant was incredibly relaxed as it lay on the grassy verge, not bothered by the presence of the safari-goers

‘It was such a blast and right next to our vehicle.

‘Words could not describe the feeling so we just enjoyed the time with the elephants rolling around.’

The clip was filmed in April 2008 and has recently emerged online.

By: AMANDA CASHMORE FOR MAILONLINE

It’s a mud bath! Elephants protect themselves from harsh sun with layers of thick mud