Few people live a life of such authenticity and genuine realness that it impacts entire cultures. Even fewer do that while sharing positivity with the entire world. 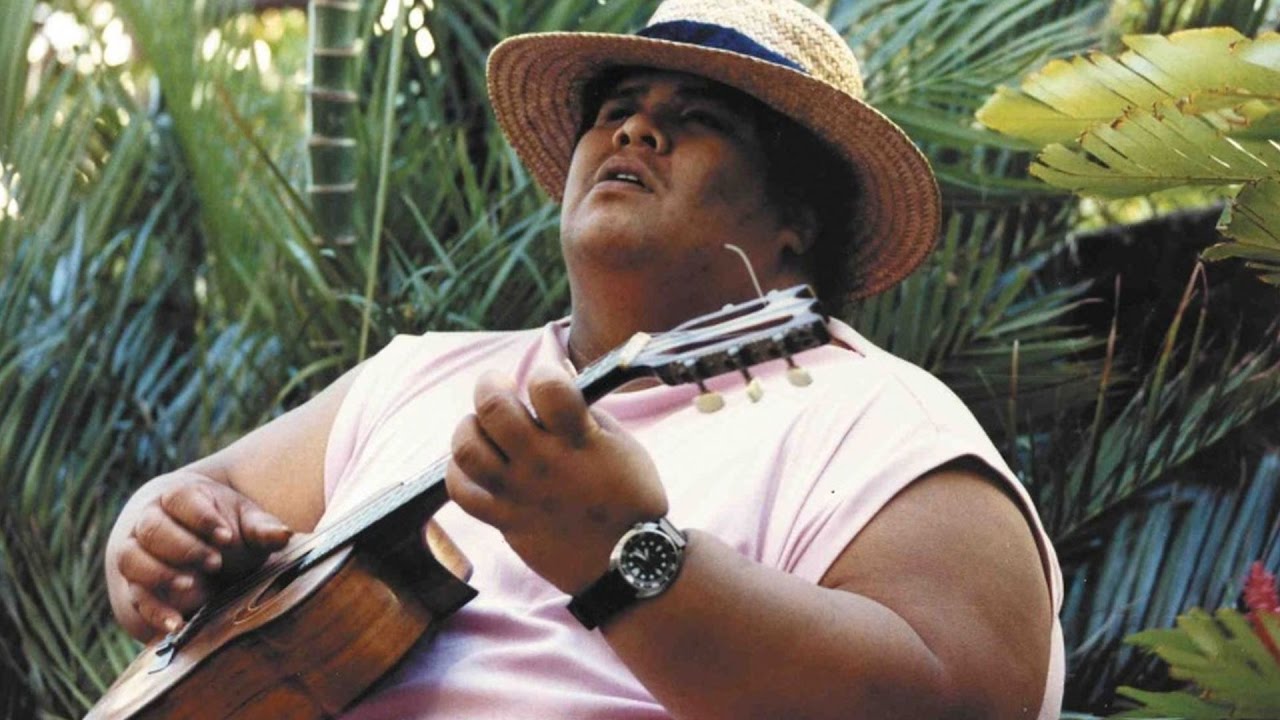 Israel Kamakawiwo’ole has quite the name, which is why people took to calling him Bruddah Iz. He was born on May 20th, 1959, and passed away on June 26th, 1997.

Iz came up in the community of Kaimuki where his uncle Moe Keale was already making a name for himself as a notable Hawaiian musician. By the age of 11 he was already getting involved in the scene, singing with his brother, cousin, and later in a group called the Makaha Sons of Ni’ihau.

During this growth period, he was becoming increasingly proud of his heritage and noticed that most of the music that was being associated with Hawaii wasn’t even traditionally Hawaiian. He sought to change this 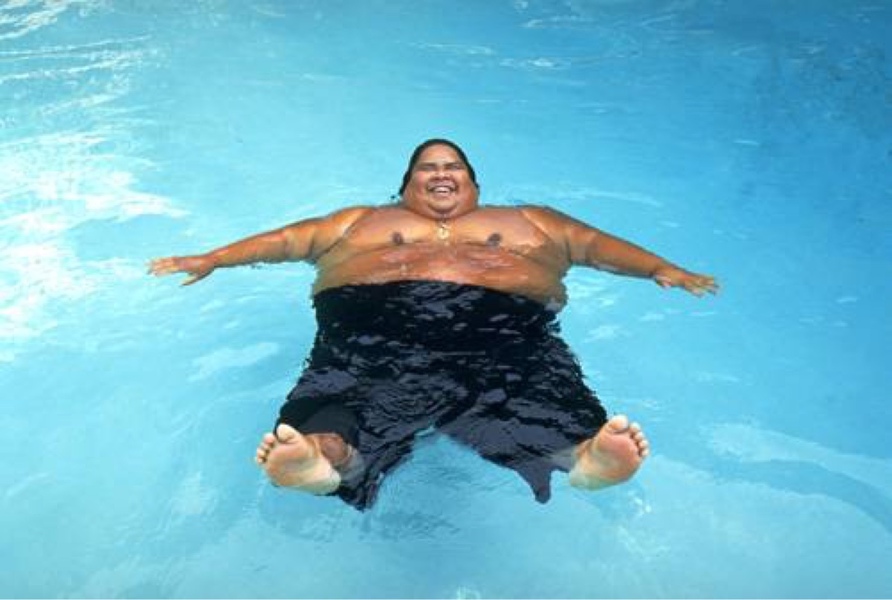 And change it he did, bigger than anyone else could have done it!

As time went on, Kamakawiwo’ole began releasing solo records starting in 1990 with Ka ‘Anne’s. This album netted him the award for the Best Contemporary Album of the Year and also the Male Vocalist of the Year from the Hawai’i Academy of Recording Arts.

Then, in 1993 he dropped his next album called Facing Future (my personal favorite). This sucker debuted at #25 on Billboard’s Top Pop Catalogue chart and became the first Hawaiian album to be certified platinum! This was before his single was even promoted. All of this activity earned him the award of Favorite Entertainer of the Year in 1994. 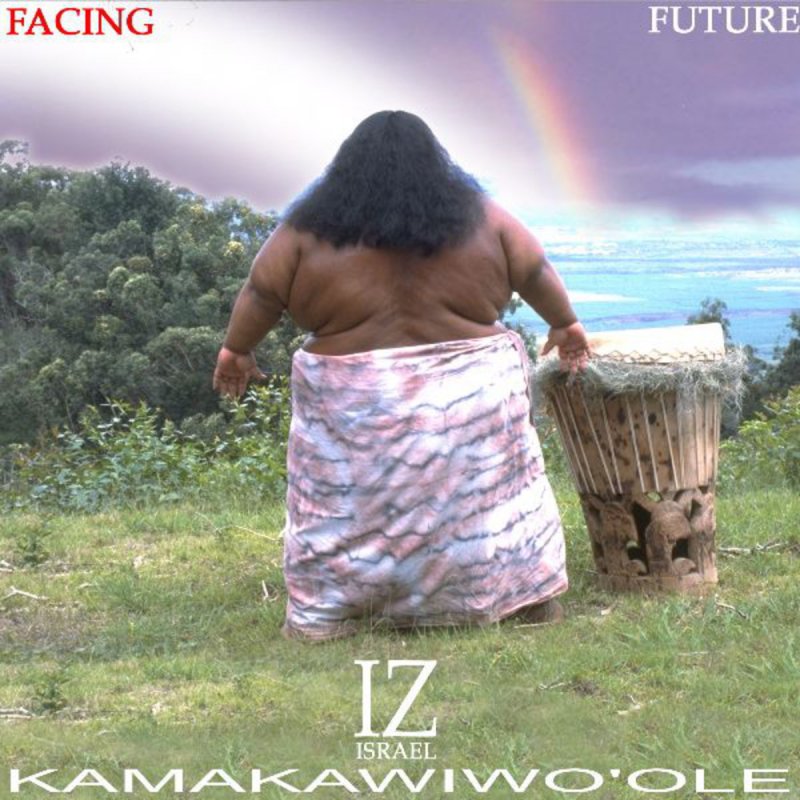 Facing Future ultimately has become and maintains the record for the best-selling Hawaiian album of all time.

The Single That Spread Iz Across the World

When recording Facing Future, the album was completed and about ready to be sent off to the presses when Iz’s producer Jon de Mello suggested they add a medley that Iz liked to play casually in his downtime. Iz had an amazing mash-up of…

Somewhere Over the Rainbow / What a Wonderful World

This single was promoted in the United States as a whole, hit the internet, and the rest was history. Here’s a video for the song that will give you great insight into the life and pleasant attitude of Israel Kamakawiwo’ole:

I learned about Iz from hearing this song on a movie (it’s been in tons of movies and TV shows at this point) and then later re-encountering it online and recognizing it. I immediately ordered the album it was on, Facing Future, and ended up picking up Alone in Iz World as well.

Bruddah Iz passed away in 1997 from medical conditions related to obesity. It’s a very sad story because on the intro track to Facing Future he relates the story of how obesity has been an issue in his family. His father died of the same conditions and asked Iz to be the one to break the cycle and Iz sincerely tried. During his rise to fame, his brother died of the same situation.

Israel seemed to tie this familial illness in his mind to the history and challenge of Hawaiians to maintain their culture. It was very personal and meaningful as you discover as you listen to his music.

Unfortunately, the brother Iz continued to gain weight, reaching as high as 757 pounds. His respiratory and heart issues began to compound upon themselves and Iz passed away at the age of 38, leaving his wife and daughter behind to honor his memory. But this honor wasn’t theirs alone!

On the day of Israel’s funeral, the state of Hawaii flew its flag at half-staff. This honor had only been bestowed upon two people previously, both members of the Hawaiian government. They also allowed Iz’s coffin to “lay in state” in the state capitol building in Honolulu so that all of his loving fans could come by in remembrance of his contributions to the culture. I personally have family in Hawaii to this day. The culture is strong. Even without having been to Hawaii ourselves, my immediate family is still positively affected by the lifestyle and beauty of the islands. Thank you, Iz, for keeping the native culture strong and alive! You accomplished your goal in ways you’ll never realize. You have our never-ending respect and love. 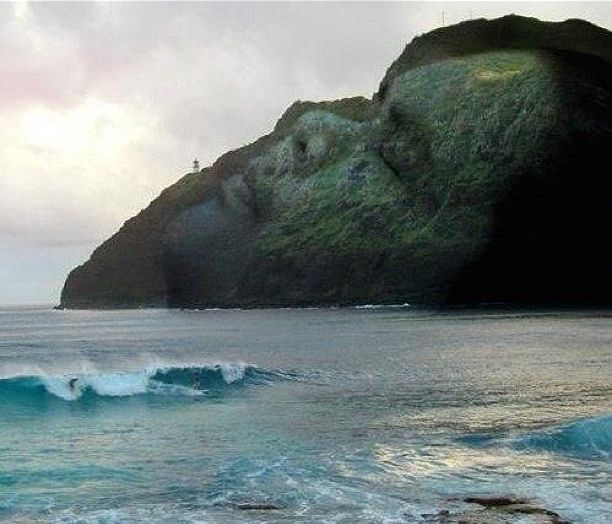 Please use the social icons below to share this with others you know that are inspired by Hawaii and its people! Spread the Iz!

Molokini history has been lively for several centuries!

5 Museums and Cultural Centers to Visit on Hawaii Island