According to official statistics, around one third of the Netherlands lies below sea level, while the rest of the country barely reaches past this geographical average. Over the centuries the Dutch have developed many ingenious ways to deal with their homeland’s unique topology and have even risen an entire province out of the sea.

Water management has always been crucial in the Netherlands, as without proper care floods could quickly overwhelm large parts of the country. Although the Dutch have always been particularly vigilant when it comes to building coastal defences, the Netherlands has experienced several catastrophic floods throughout its history. For example, in 1287 a gigantic storm completely devastated the country’s northern coastline and formed an inland sea called Zuiderzee.

After another storm ravaged the southern Dutch provinces in 1953, the country’s government began to carefully develop state-of-the-art flood barriers, leading to a series of delta works that are now listed among the Seven Wonders of the Modern World. To fully protect the Dutch mainland, the government also drained the southern quarter of Zuiderzee, consequently creating Flevoland province.

Although this new, higher landmass was reclaimed in order to control water levels, it served other important purposes and provided the Netherlands with additional farmlands and living space. In fact, Noordoostpolder in Flevoland is now renowned for its tulip fields and regularly cited as one of the best places in the country to enjoy Dutch floriculture. 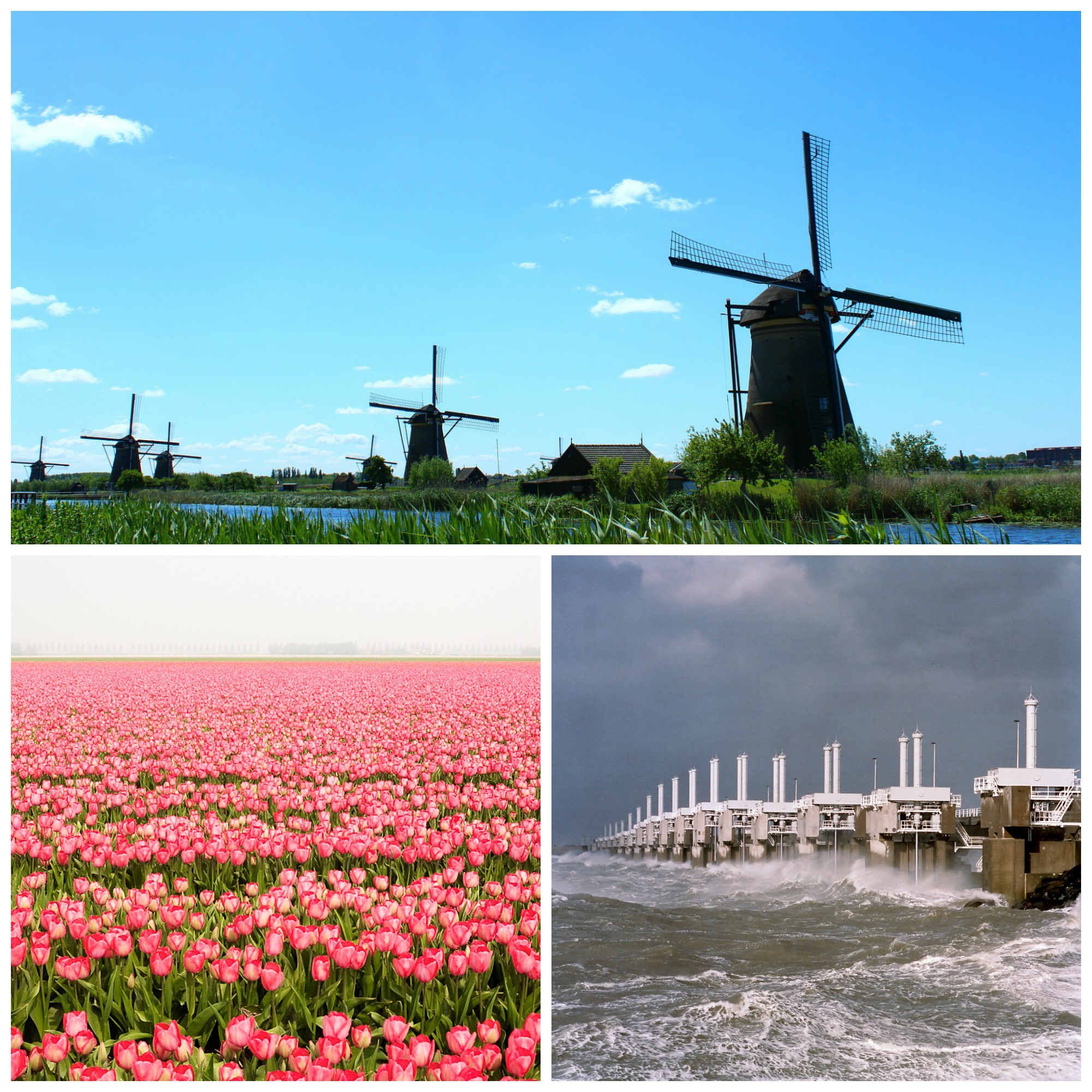 Despite their iconic status, for most of their existence Dutch windmills actually served a rather utilitarian function and were employed for over 600 years to drain swampy areas around the Netherlands. During this lengthy period, the Dutch successfully used windmills to pump water out of lakes, marshes and other bodies of water, in order to effectively reclaims tracts of land.

Although these systematic drainage works lifted terrain out of Dutch waters, they were unable to raise the country much higher than sea-level, or even above it all. As many areas throughout the Netherlands are built upon this artificial land, human intervention is partly responsible for the country’s low-lying stature.

Herring: The tiny fish that the Dutch love