Today we’re discussing everything you need to know about visiting the incredible Inverness, the capital of the Scottish Highlands and home to Loch Ness, from a home base in Edinburgh! 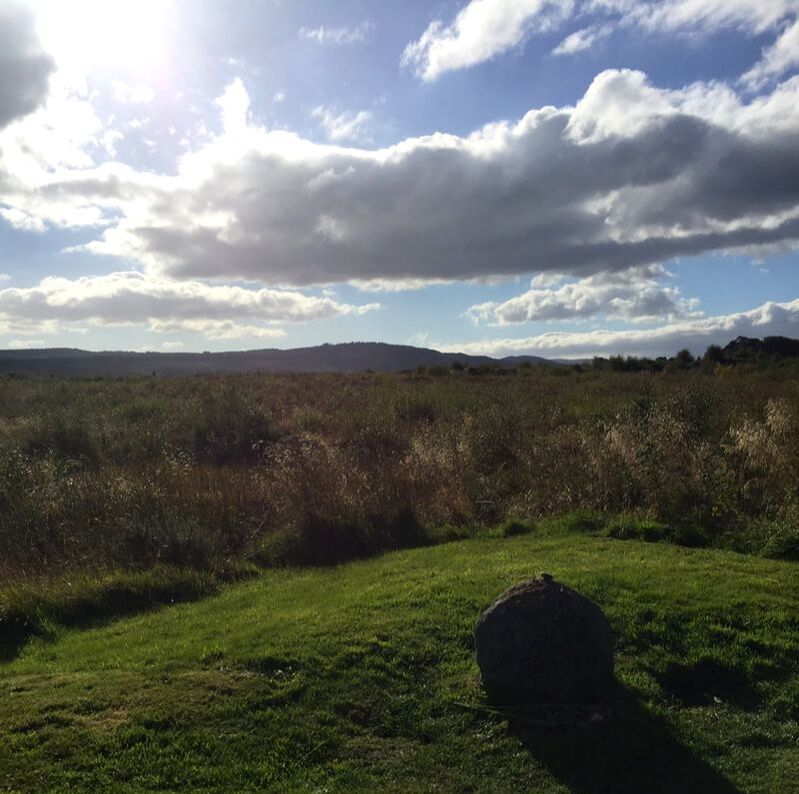 Hoping to visit the Scottish Highlands, ​without a car?

For anyone who doesn’t get my Outlander references, let me enlighten you and change your life forever! The lovely highland town of Inverness is where the main character is hurtled back in time into years of adventures with 18th-century, tartan-clad hunk, Jamie Fraser. Though, unfortunately, the actual town of Inverness didn’t make it into the screen adaptation.

On long (10+) night vacations, I like to include a short overnight to another region/country, to hugely expand what we can see without a car. When we booked our trip to Scotland, I knew I wanted to see the Highlands, but with a home base in Edinburgh and with a trip exclusively reliant on public transit, I felt a day trip would be a bit too rushed. We opted to make our trip overnight – and it was so perfect!

​So, check out all you need to know about visiting the Scottish Highlands without a car!

How long should I spend in the Scottish Highlands?

You could easily spend your entire trip to Scotland exploring the Highlands. If you’re interested in a trip to Scotland that involves more location changing than we did, I’d recommend Rick Steve’s various itineraries for Scotland. He plots out how to do Scotland by car, and has alterations for relying on public transit. 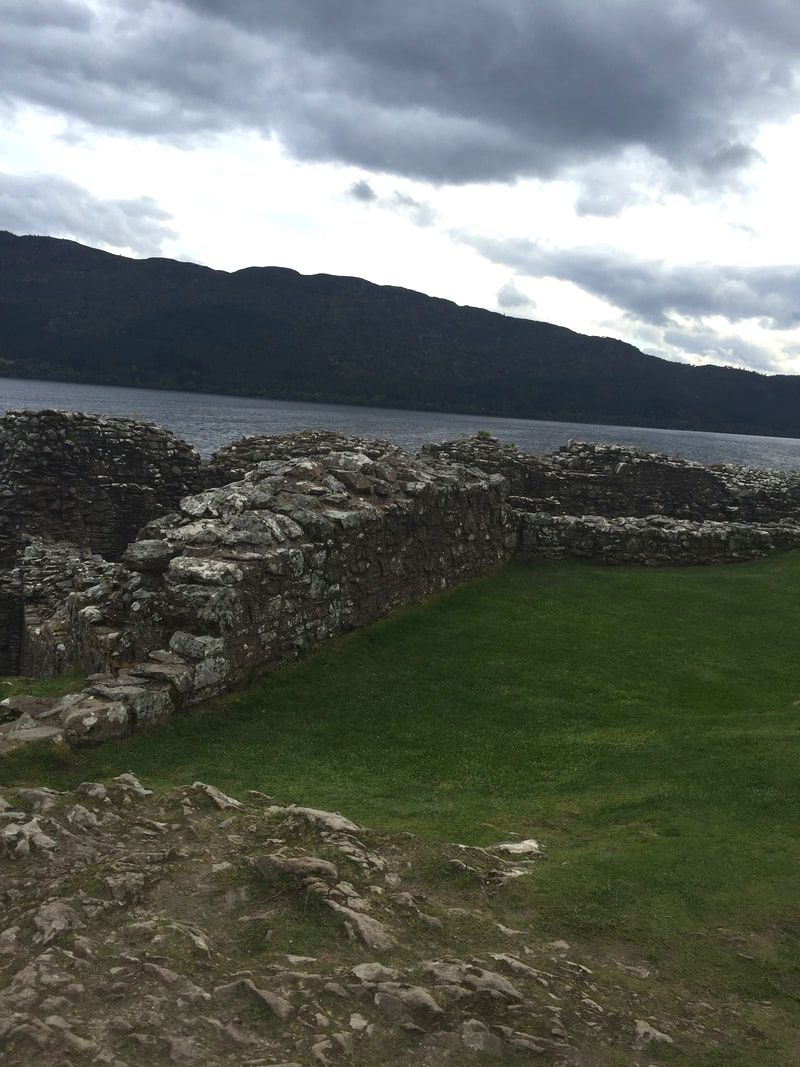 If like us, you’re hoping to just pop by the Highlands as part of a broader tour of Scotland, based in the lowlands, a few nights is enough to see what you came to see, depending on how many spots you want to visit. Basing yourself in Inverness gives you access to the most transit and hotel options.

How much of the Highlands can I see in 2 days?

Our schedule, which ended up being absolutely perfect, in my humble opinion, is outlined below. More detail is providing afterward, as I’ll work through each step!

Day 1 in the Highlands

Take an early train out of Edinburgh.
Get to the hotel and check-in, drop off bags, etc.
Search for Nessie boat tour.
Come back to Inverness for dinner (and drinks – let’s be real).

Day 2 in the Highlands

​Get up reasonably early the next morning.
Take the bus to Culloden Battlefield.
Lunch in Inverness.
Hang around and do a bit of souvenir shopping back in Inverness.
Take the afternoon train back to Edinburgh. 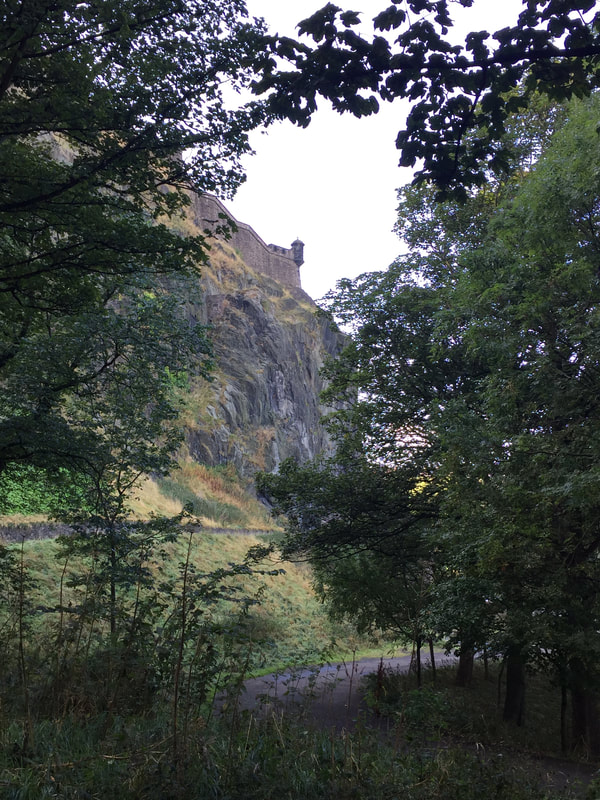 How to get to Inverness from Edinburgh

Without any exaggeration, the ride from Edinburgh to Inverness was the most visually stunning train trip of my entire life. In all honesty, I would gladly take the train ride for the pure enjoyment of it, without even seeing any sights at either end. It’s a “direct” train from Edinburgh Waverley – aka you don’t have to change trains, but it does stop in various places along the way.

Each time the train turned a corner, I was hitting my husband on the shoulder, announcing that this was the most beautiful scenery yet. It is definitely on the lengthy side – a solid three hours with quite a few stops. 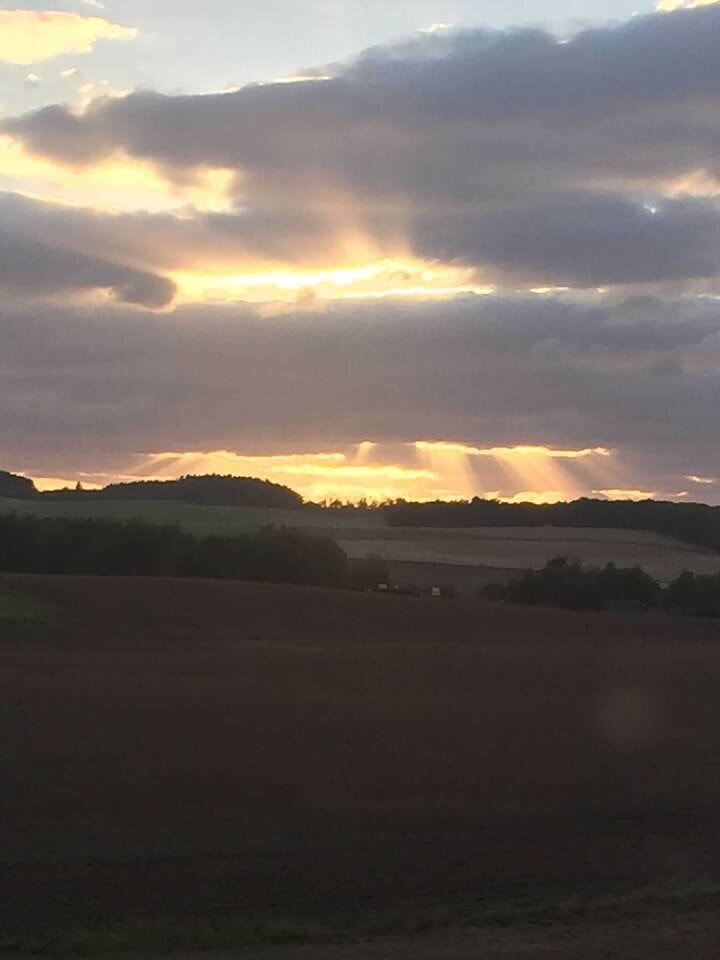 View from the train from Edinburgh to Inverness

But, as the absolutely charming group of 70-something retired Scottish teachers reminded everyone on the train, drinking is absolutely acceptable after 10 AM. And certainly before, in their case. As they succinctly put it to the attendant – “Who’s actually going to take away our champagne?”
​I certainly wouldn’t.

Where to stay in Inverness, Scotland

For our trip to Inverness, we stayed at Glenmoriston Townhouse Hotel – it was nice, clean, conveniently located, and comfortable. Breakfast was included in our rate, which was always nice. And boy, do they know how to do breakfast! It was an absolute feast.

Located snuggly off of the River Ness, it’s situated on the same side of the river as downtown Inverness, within easy walking distance of everything you’ll want to see. The location additionally worked well for us, as we did not have a car and were completely reliant on walking and/or public transit. 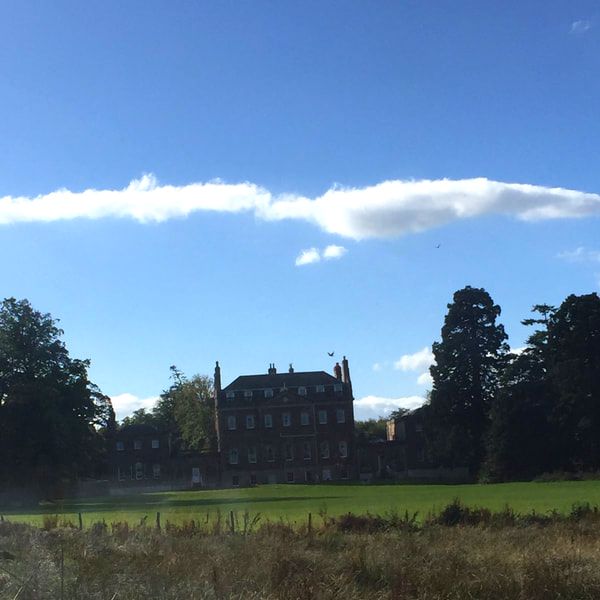 If you do have a car, I would recommend Culloden House. It’s a bit outside of town (we drove by it on our way to Culloden Moor), but it looked an absolute treat, and, for my fellow history buffs, it’s where Bonnie Prince Charlie stayed for the three nights before the Battle of Culloden.

What to See in Inverness

Inverness is a fun and vibrant, largely working-class town. The “capital” of the quite rural Highlands, this is where residents come for restaurants, shopping, and of course, a wide selection of watering holes. It has quite a few lunches and dinner options, most of which boast a fairly relaxed atmosphere. The town definitely has its fair share of tourists, but after spending time in Edinburgh, it’ll feel like you’re the only tourists around!

That said, Inverness is certainly the place to buy your Scottish souvenirs, and, as you can see below, they even have kilt-makers, should it strike your fancy! 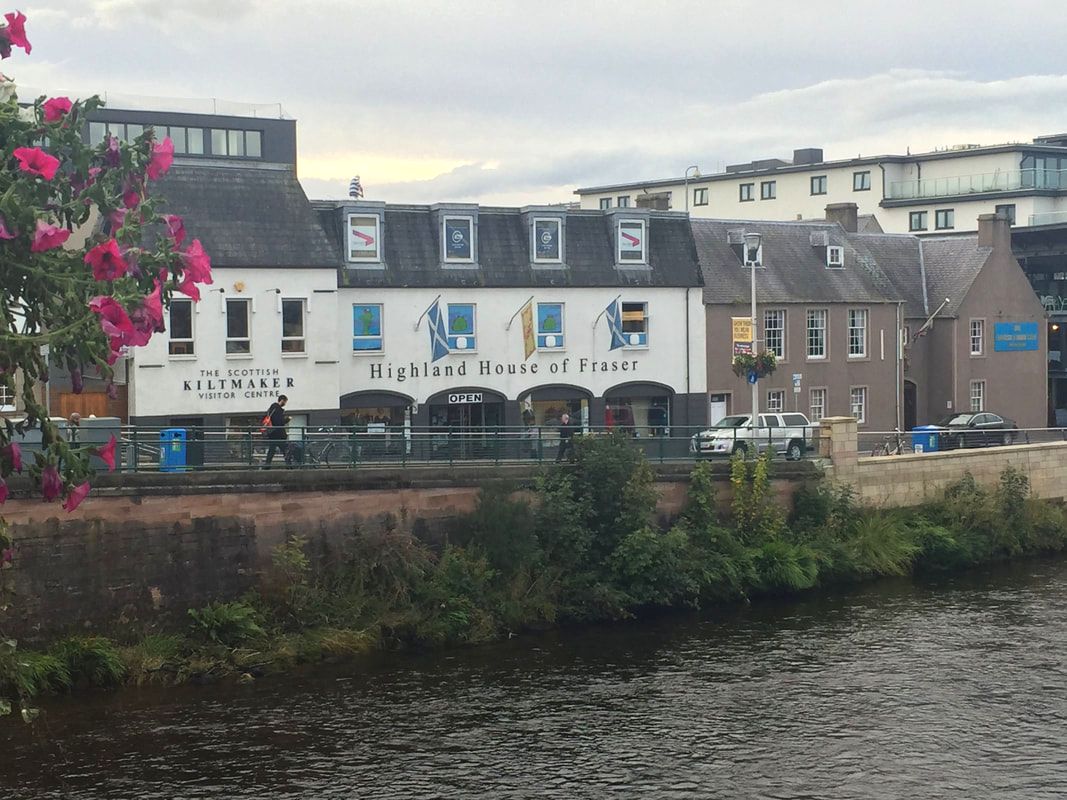 View of Inverness across the River Ness

Definitely plan to spend a portion of your evening touring Inverness in the evening, as well. We did a quick pub crawl, ending at the lovely Castle Tavern, where we actually drank pints under a painting of The Bonnie Prince. A bit surreal, and absolutely perfect. Some Scottish people tried to force us to drink whiskey. Amazing.

The Castle Tavern is in the shadow of Inverness Castle which is, sadly, a 19th-century building now used for local governmental administration, isn’t open to the public and isn’t actually a castle. It does make a lovely impression perched upon a hill overlooking the River. I do sometimes see this listed as a must-see sight in the Highlands…and unless I seriously missed something, it just isn’t. 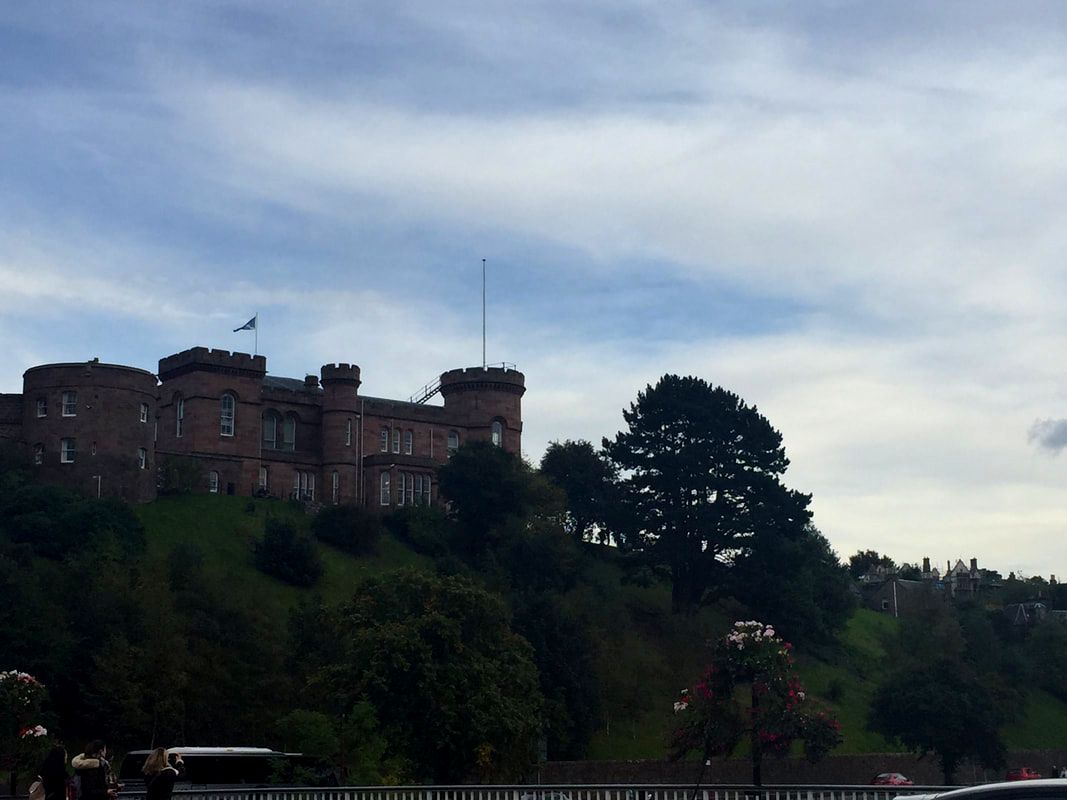 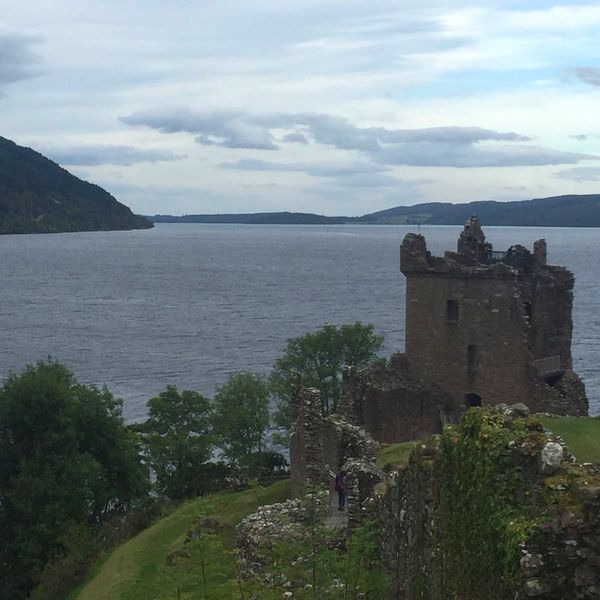 One of the most-touted events on a trip to Inverness is a boat trip on Loch Ness, tracking the history of the search for the Loch Ness Monster (and secretly looking for her yourself! It’ll definitely be me! I’m going to find her!!). Of course, it’s also one of the most touristy things that have even been invented in the history of humanity…

That said…Do it. I honestly highly recommend it. Take the Nessie tour. It’s so much fun. The boats are actually quite nice and the tour guides are genuinely amusing. And, it’s more than just jokes about Nessie. It’s a wonderful way to see the stunning Loch Ness, which was truly one of the most beautiful places I’ve explored in the U.K.

With that in mind, unless you have a bunch of kiddos with you, I would also strongly recommend selecting a tour that is less heavy on Nessie and focuses more on the historical aspects. There are quite a few options when you’re looking at the tours. 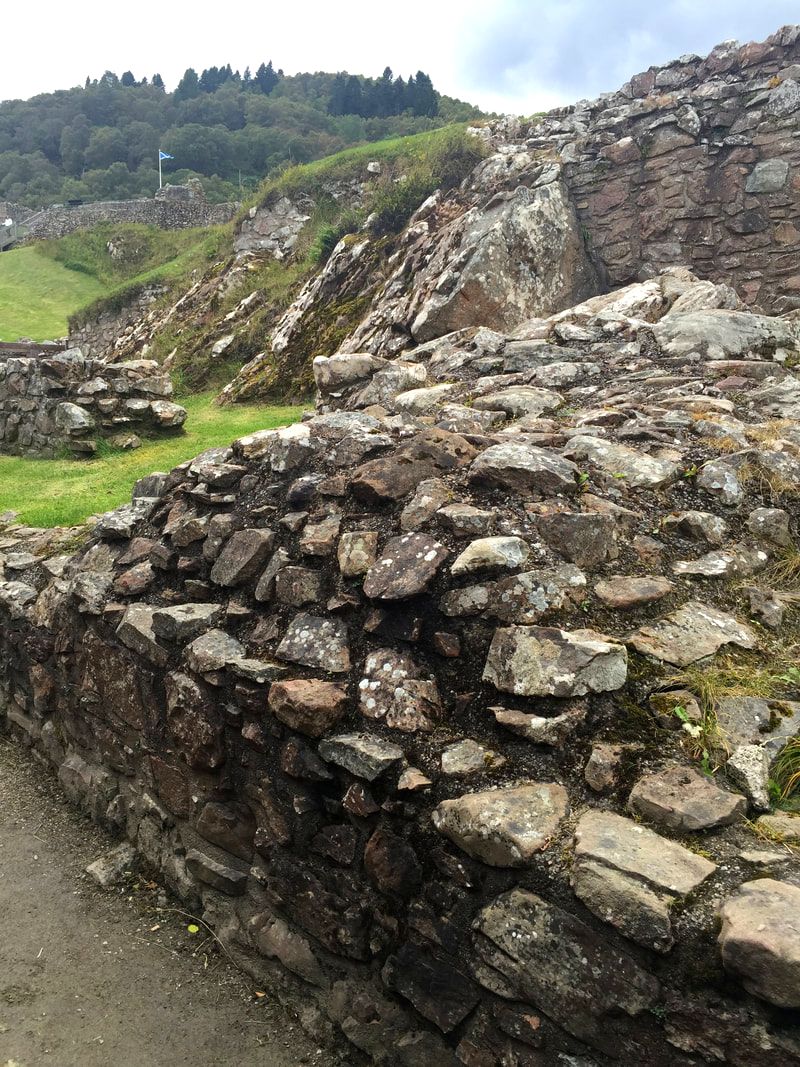 We opted for a tour that included the craggy beauty of Urquhart Castle – which I would HIGHLY recommend. Urquhart Castle can also be visited without the cruise aspect, but without a car, is a bit of a haul to get there from Inverness. And also…who doesn’t love boats on Scottish lochs?

Urquhart Castle itself is a ruin, but the rugged beauty of Scotland can be captured in snaps taken from any angle. The castle has a fascinating Medieval history, including a role in the wars of Scottish Independence. Destruction came in 1692, to prevent it from falling into the hands of the Jacobites – more on Jacobites, later in this post. Today, it is one of the most popular castles in Scotland, and with good reason!

We selected the Jacobite Freedom Tour – which, to me, was the best of all possible worlds. In total, our journey was about 2 hours, comprised of 1 hour on the boat and 1 hour to see Urquhart Castle (which was, for this history major, not quite enough, but there was Scotch to be had back in town). They actually have a bar on the boat, so we opted for some delicious hot chocolate with booze in it! And yes, since inquiring minds like mine want/need to know: there’s a bathroom on the boat and a bathroom in the Urquhart visitor’s center. 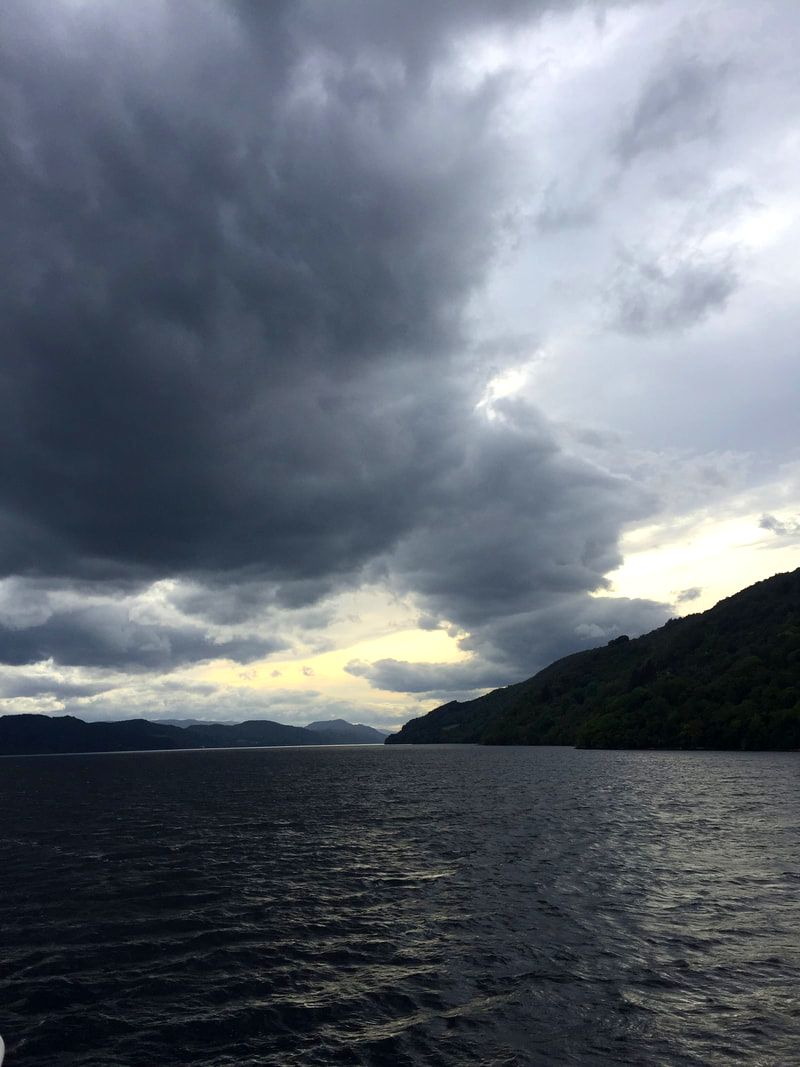 View of Loch Ness from a Jacobite cruise

Both of these departure points are a distance from Inverness and you will have to take some form of transportation to get to the departure point. The Dochgarroch Lock is only a 3-mile walk if you’re hearty! When did this cruise, we were able to catch a bus from Inverness, so it might be worth asking?

If you’re doing an overnight in Inverness, I would recommend doing the cruise on the first day you’re in town and doing Culloden the second day before your journey back to Edinburgh. The cruise is a fun way to get oriented and learn a bit of history about the area. 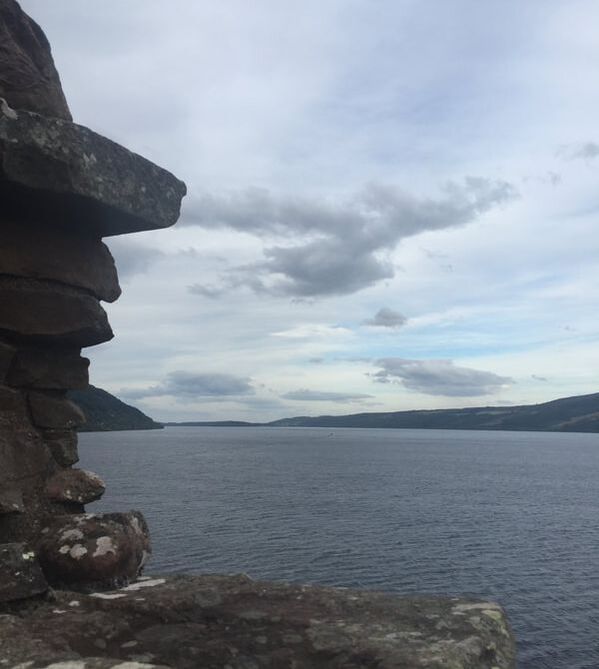 I’ll admit that I have a soft spot for “last” battlefields and the culmination of the Rising of 1745 is no exception. I’ll also say that Culloden is
​exceptionally well-done. Take time to appreciate the feel of the place and don’t expect a super sensory show, as is put on at some American battlefields. 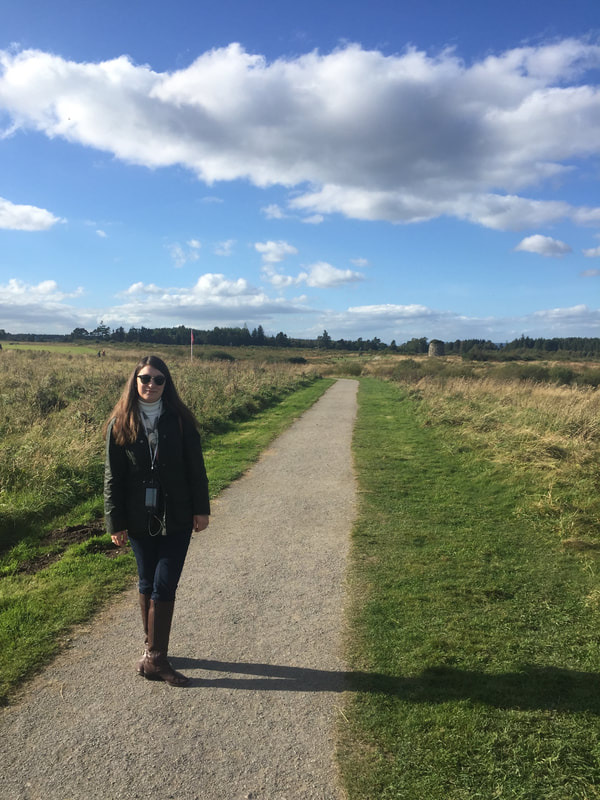 And, if you haven’t, I would strongly recommend reading at least the first several Outlander books before your trip, especially if you aren’t familiar with the history of the region. 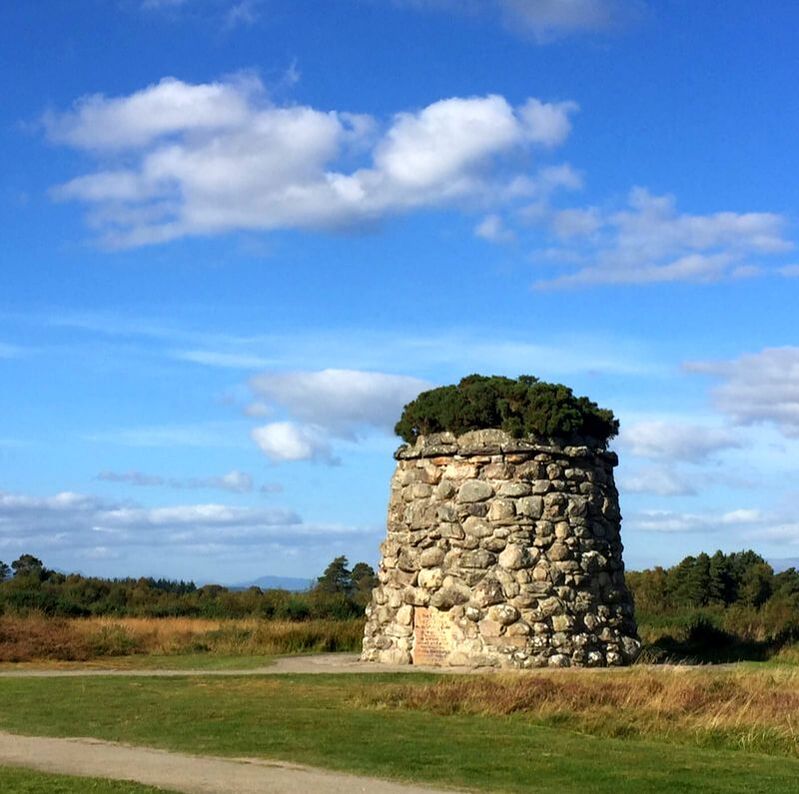 It was here at Culloden that Jacobites finally fell to the British Army in spectacular fashion. For the briefest possible explanation, “Jacobite” is a term used to describe those supporting the bloodline of James II, by this time led by Bonnie Prince Charlie in favor of his then-living father, as opposed to James II’s daughter, Mary, and her husband William, who had taken his throne in the Glorious Revolution of 1688. Phew!

This was not the first “Jacobite” uprising, but it would be the last of any significance. For lots more on Jacobites, check out my post on Holyrood House in Edinburgh.

After their victory at Culloden, the British Army went on to attempt to eradicate Highland culture, including banning the wearing of tartans is the most well-known example.

​The passion of a lost cause runs through this place like a pulse. Fans of Outlander will enjoy seeing the Clan Fraser monument, and genealogy fans will enjoy finding the monuments to their ancestors.

The public bus conveniently runs to Culloden Battlefield from Inverness. It takes a bit of time, but it’s perfectly pleasant.

​Start your visit by going through the extremely well-done, and relatively new, visitors center. Once you’ve had your fill of the museum aspect, take a stroll through the now-peaceful moor.

There is also a gift shop with tasteful items – the ultimate praise from me- and a nice cafe and restroom. 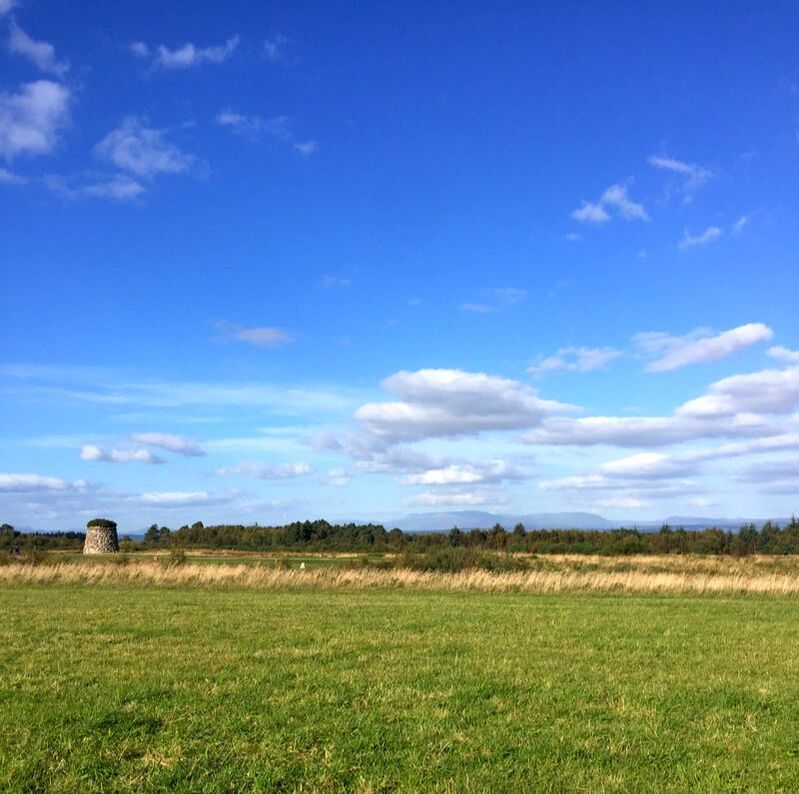 Fifty things to do in Fife