There’s an unmistakable allure to spending the night in an ancient castle or former palace. Fortunately, you don’t need a royal budget to accomplish this age-old fantasy and there are plenty of hotels in the Netherlands that will gladly accommodate your needs. 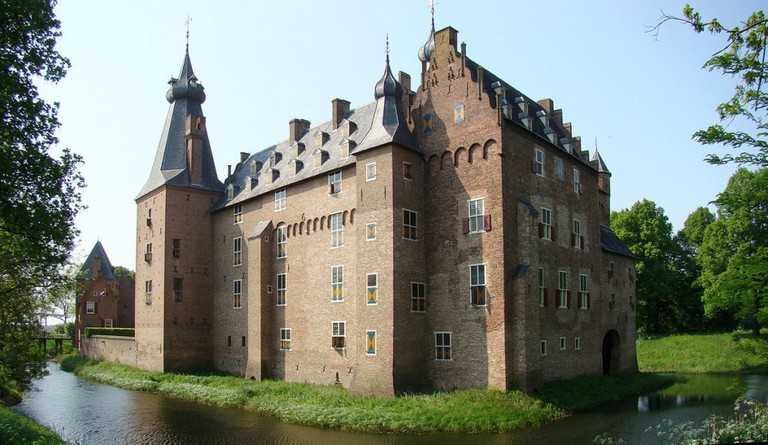 This beautiful Medieval keep is surrounded by a moat that is fed by the Rhine and is only a short distance away from the iconic river’s western banks. Historians believe that Kasteel Doorwerth was built in the 13th century and that its original walls were likely made from hard wooden beams. This structure was burnt to the ground in 1260 by a Dutch nobleman from Vianen, but due to its strategic location, it was subsequently reconstructed and then reinforced with stone. Over the centuries buttresses and towers were added to the castle leading to its present form. Today it houses a museum and an exclusive hotel that can be rented out for weddings or other large celebrations. Furthermore, it is possible to book a stay in the gatehouse, which is also a part of the castle. 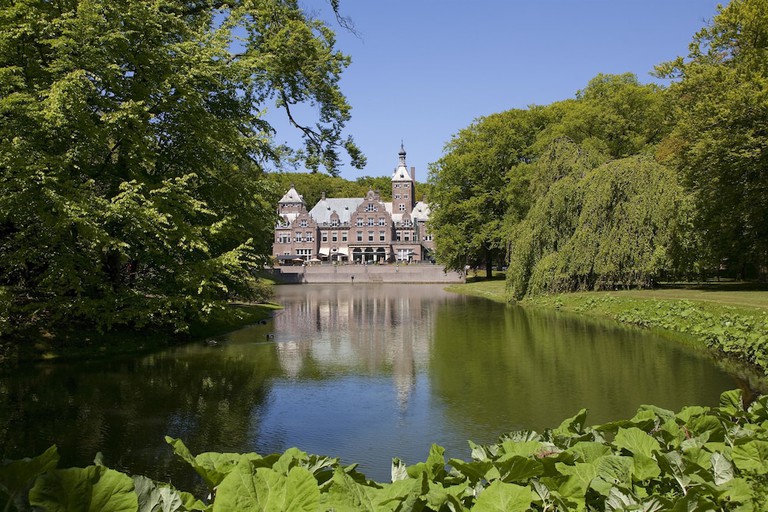 During the 17th century, many wealthy Dutch merchants decided to establish stately homes that imitated the grandiosity of the European gentry’s palatial residences. In 1634, a banker called Hendrik Reijnst chose to follow suit and began constructing a massive palace in Santpoort, Noord-Holland. This building has changed hands several times over the course of its history, with each owner adding new features to the estate, including a picturesque English landscape garden. The palace is part of Zuid-Kennemerland National Park and is surrounded by natural beauty. Although the building is a cherished national monument it also contains several exclusive hotel suites. 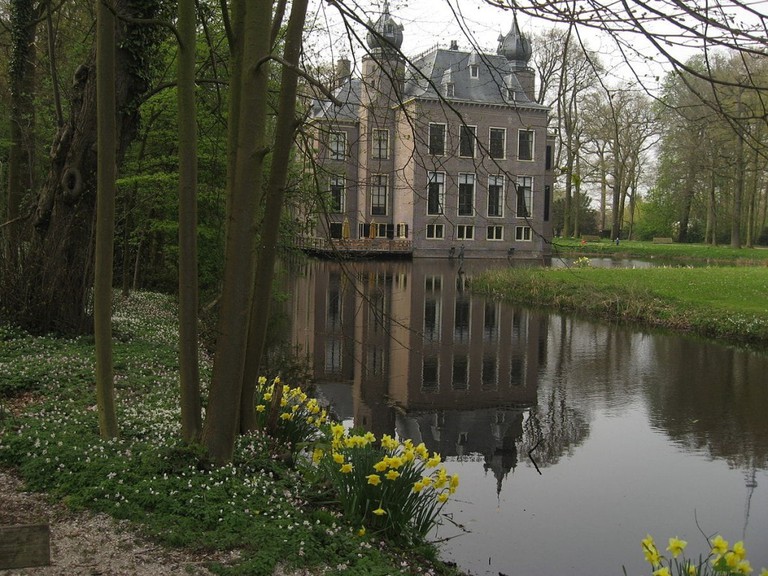 This regal estate was once owned by the famed Dutch scientist Herman Boerhaave, who purchased the castle in 1724. Boerhaave redesigned his new home’s grounds to accommodate his massive botanical collection and dug up several elaborate gardens in order to cultivate exotic plants. During this time many people visited Kasteel Oud-Poelgeest to witness Boerhaave’s wondrous specimens and his leafy menagerie was said to rival the University of Leiden’s arboretum. These gardens are now a national heritage site while Boerhaave’s quarters have been converted into a luxurious hotel and conference center. 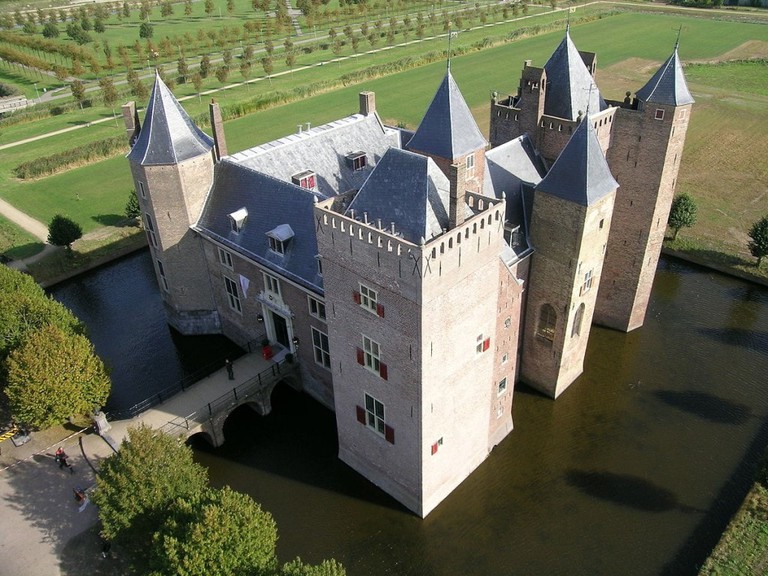 Kasteel Assumburg was built in the 13th century as part of the larger fortifications that surround Heemskerk – a small Medieval town in the center of Noord-Holland. This citadel was constructed to defend Holland against Frisian invaders and repelled several attacks during the Medieval period. In the 15th century, a series of internal conflicts broke out in the Netherlands that almost leveled Heemskerk and its defenses. Although parts of the castle were destroyed by this war, its main tower remained largely unscathed and is still standing today. The castle is now owned by the Stayokay group who have turned its stately halls into an affordable hostel. 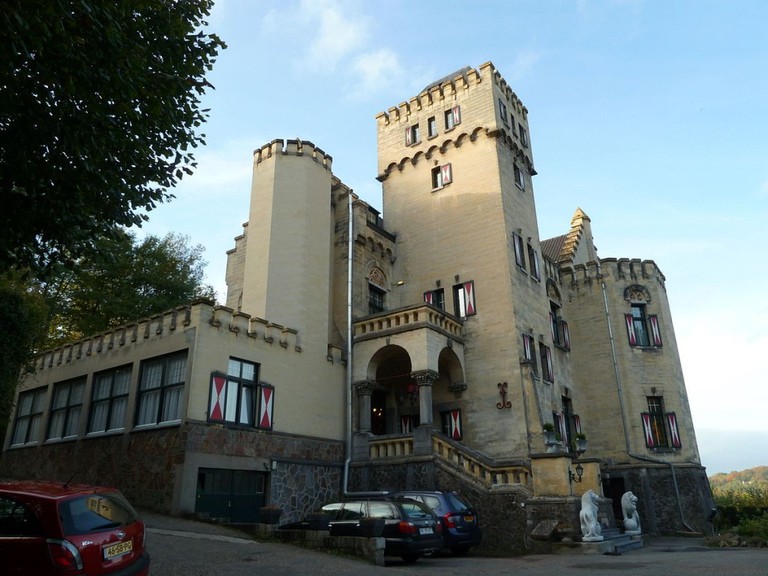 Kasteel Geulzicht was built in the early 20th century by a wealthy Dutch industrialist from Nijmegen called Pieter Carel Zuyderhoudt. Like other members of the nouveau riche class, Zuyderhoudt was eager to flaunt his fortune and set out to build a lavish home. His vision led to the creation of an unusual, anachronistic building that fuses neo-gothic architecture with completely superfluous design features inspired by Medieval fortifications. During World W.a.r II the German military garrisoned the castle and turned its halls into a genuine fortress. After the Netherlands was liberated by the Allies, Geulzicht Castle was renovated and eventually converted into a hotel. 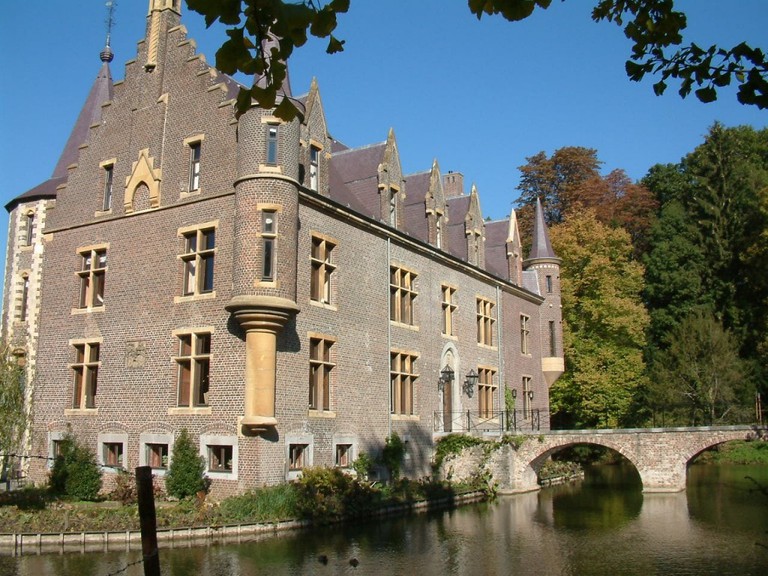 Kasteel TerWorm was constructed in the 14th century and has been occupied by several members of the Dutch nobility. In 1550 large sections of its facade were consumed by a fire and then rebuilt in a manner that replicated its original design. Most of its outer walls have remained intact since then and subsequent renovations have painstakingly masked any hint of contemporary architecture. During the late 18th century a local count purchased the castle and built a huge Rococo garden around its moats that homaged French palatial horticulture. The castle’s grounds are now open to the public and the estate contains a cosy hotel. 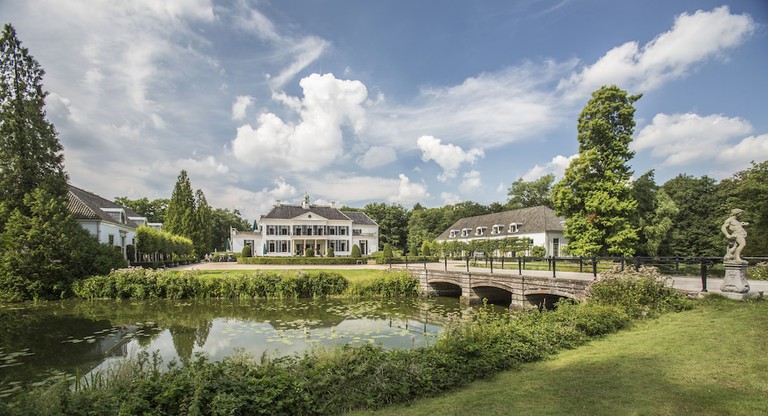 The forested areas of Arnhem and Apeldoorn form part of the ‘garden of Amsterdam’, an hour’s drive (or train) outside of the Dutch capital. Protruding from its treetops is this swish stately home, its white Cape Dutch facade trimmed with 250 acres (101ha) of gardens; inside are elegant, light-filled rooms in leaf green and pale gold. Many foodies come here for the extensive wine list (there are 5,000 bottles in the cellar), and fine dining, tucking into the likes of turbot with pumpkin, miso and black pepper, or spiced pear millefeuille. 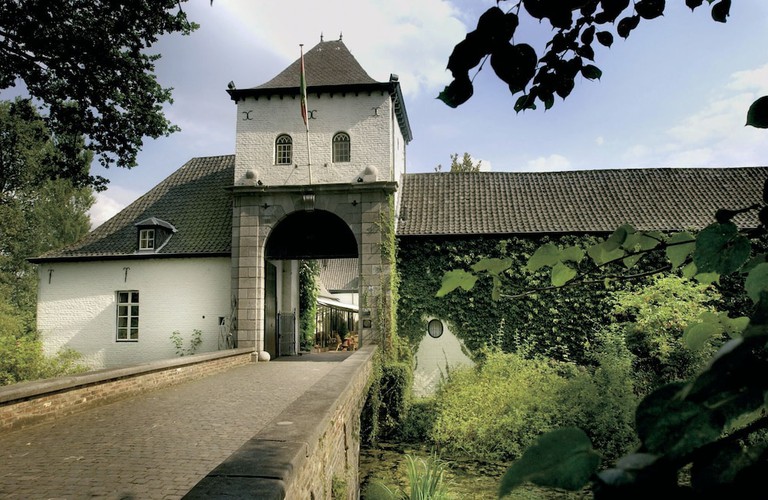 Close to upmarket golf courses and verdant hiking trails, this castle hotel sits close to the German border in the Netherland’s quaint southern stretches. Set around a prim courtyard, its rooms have wood beams and textured red carpets that channel a traditional grandeur; but the spa is all glassy modernity, with a fab indoor pool. Go for the Tower Suites in the crenellated castle tower for maximum romance – some have an in-room sauna. 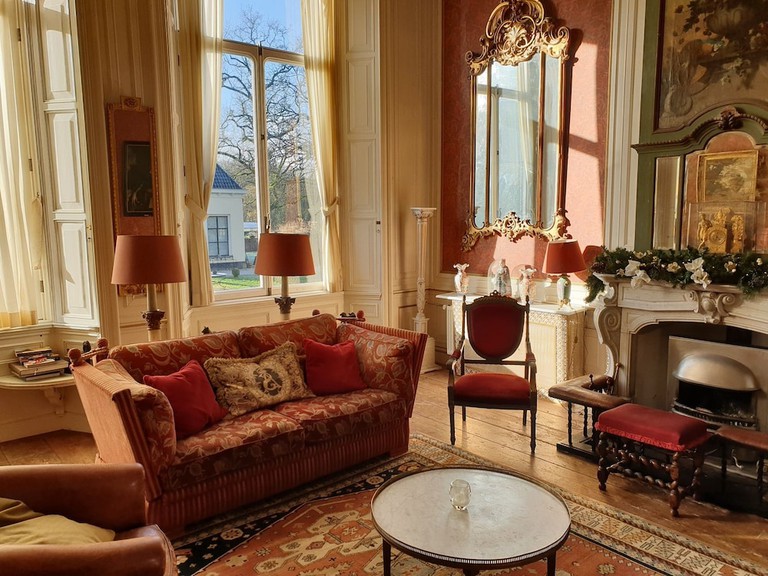 With its smooth-edged, cylindrical tower and peaked turrets, this 13th-century castle near Utrecht is set on a picturesque island, surrounded by canals. It’s gourmand in a wholesome, homegrown sense: a flourishing orchard provides fresh apple juice and a kitchen garden delivers plum jam and veggies, while resident chickens provide the eggs and beehives the honey. Best of all, rooms are a glamorous-rustic mix of wood-beamed ceilings and vintage furniture alongside crisp white sheets and exposed brick walls. 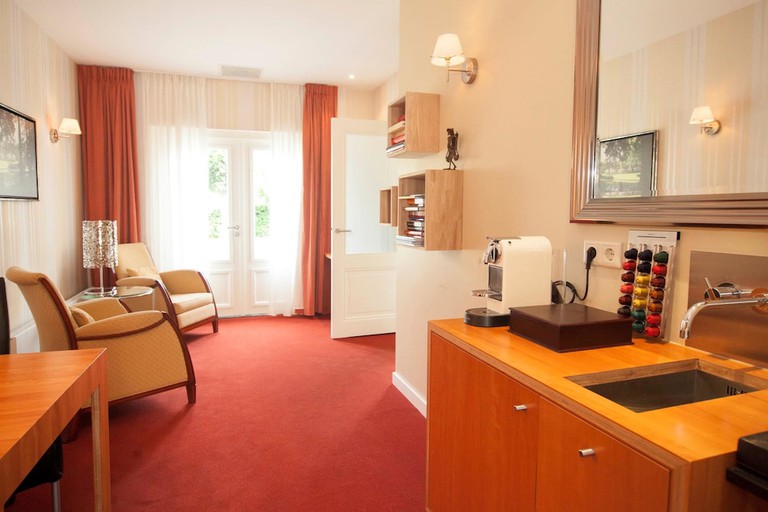 This regal 17th-century estate sits like a wedding cake atop gardens of sculpted hedges and ornamental bridges. It’s in the Hoge Veluwe National Park, where locals come to hike, bike and spot nature. Large-windowed restaurants and lounges let the leaf-dappled light flood in, bike rental gets you out into nature, while simple but modern rooms provide a comfy post-adventure crashpad. Go August to September to catch the carpets of heather that crown the Veluwe region.

A Brief History Of Edam Cheese