Adorable images show a baby elephant throwing a tantrum like a stroppy child in South Africa as its mother looks unperturbed and continues walking along the road.

The troublesome tyke threw himself to the ground with his legs flailing in the air hoping to get his mother’s attention.

But a few moments later the female leaves her young behind and carries on moving. 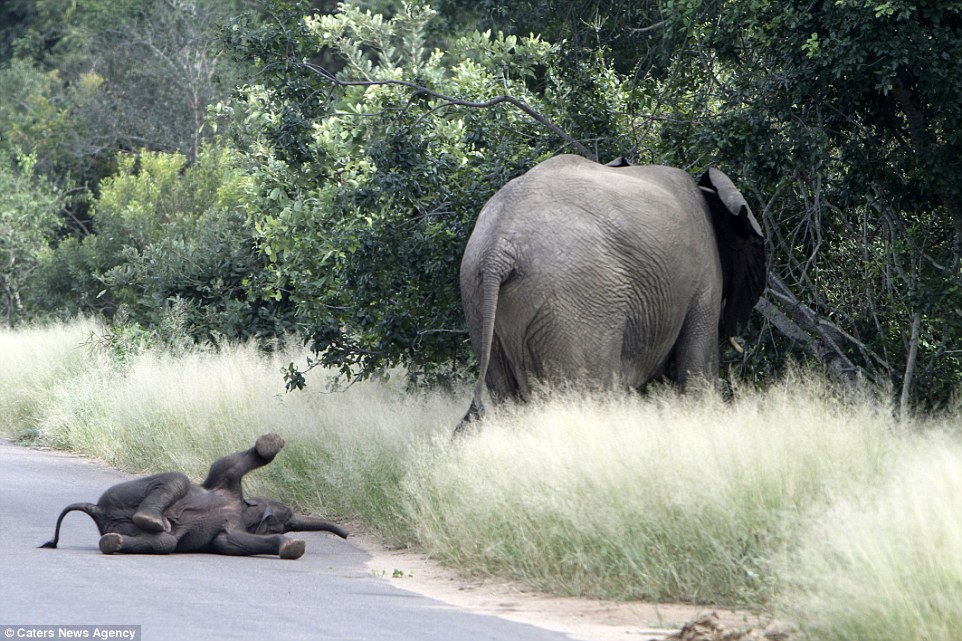 Don’t forget me! This is the cheeky moment a baby elephant threw himself to the ground in a strop as his mother walked off into the roadside bush 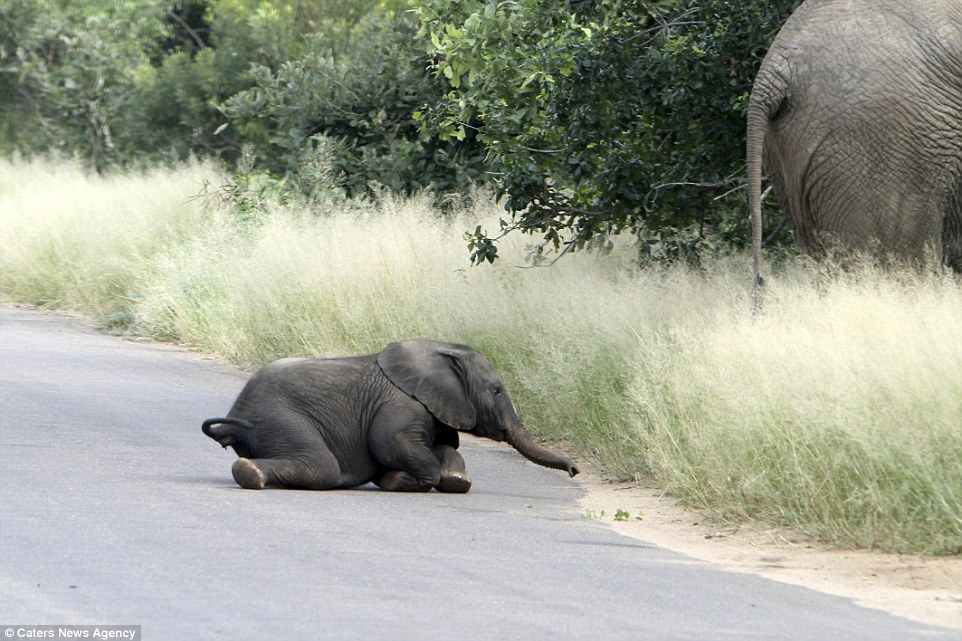 Unimpressed: The troublesome tyke was forced to get up after failing to catch his mother’s attention at Kruger Park in South Africa 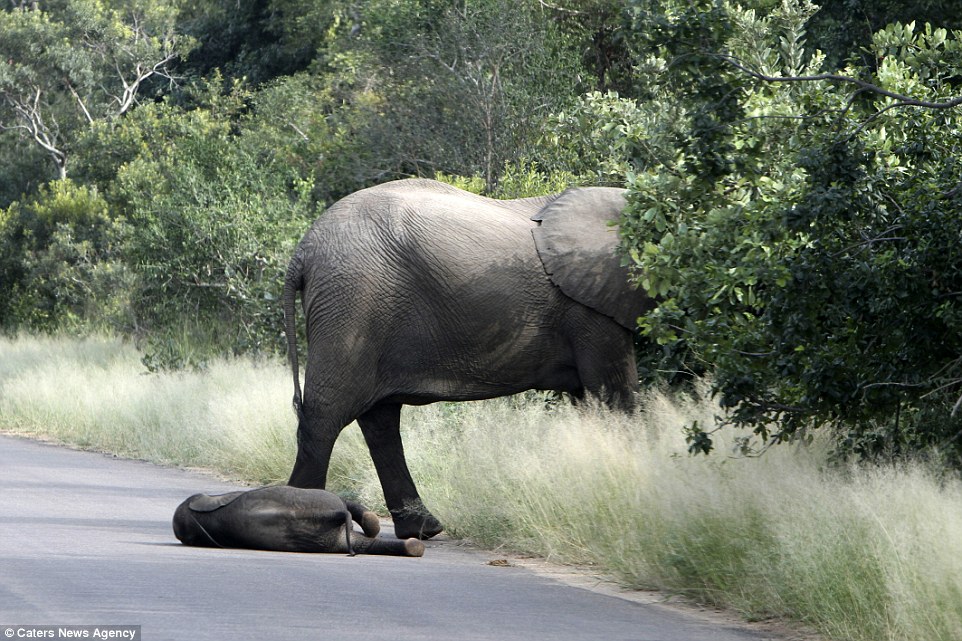 Not moving: After grazing by the roadside, the young elephant was not in the mood for more walking as it toppled over into the road

On a trip to South Africa’s Kruger Park he came across a small herd of elephants blocking the road.

‘We waited but after a few minutes of roadside grazing the females and other elephants moved into the roadside bush,’ he explained.

‘This little guy had been standing in the middle of the road and was determined to stay put.’ 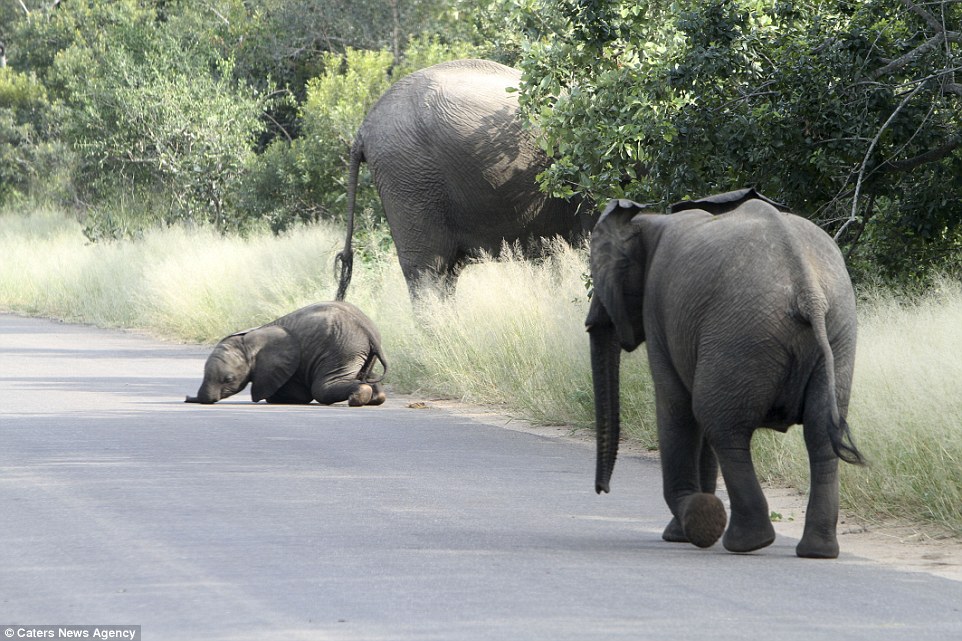 Ouch: The little elephant fell over head first before plonking himself on the road in a defiant show of resistance to authority 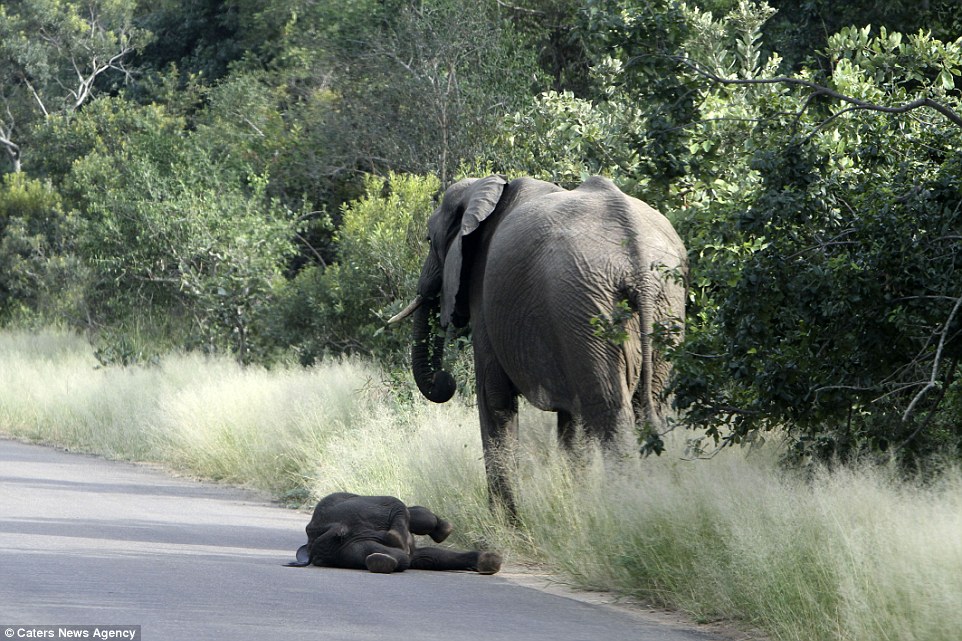 Go on without me: Photographer Antonio da Cruz said the adorable animal looked set to wait it out on the road as its mother ventured forth

Strop: Throwing his trunk into the air, the elephant gazed at its mother in the hope of getting her to stop walking

Antonio said when the mother moved into the bush the needy elephant ‘toppled forward onto his head’ before plonking onto the road in a defiant show of resistance to authority.

‘After flaying his legs, head, and tail a few times he looked over at his mom and she then called his bluff by moving further away into the bush.

‘He quickly got up, gave us a stare, and then chased after her!’ 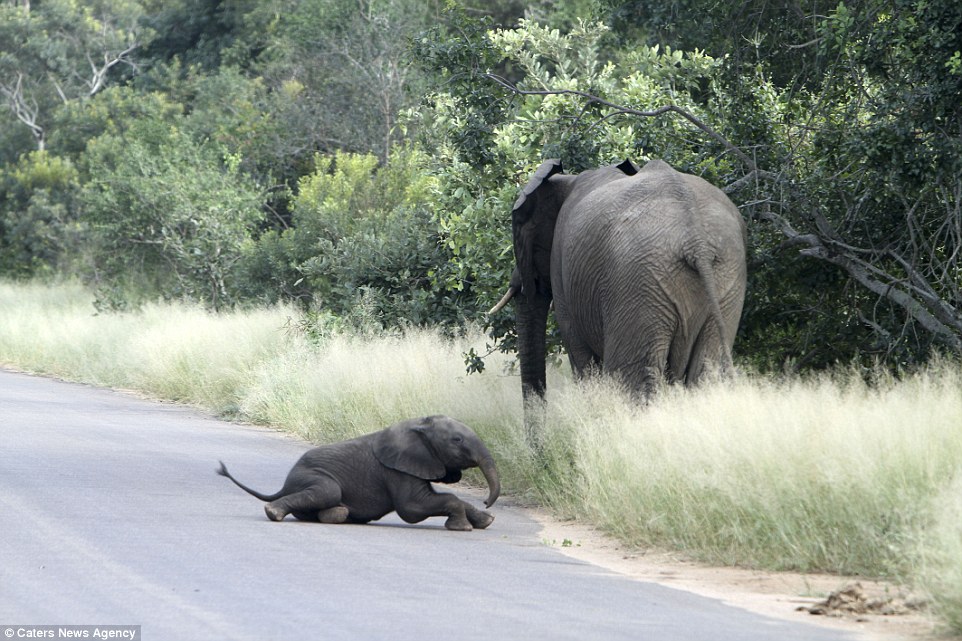 Okay, I’m up: Failing to fool the female elephant, the bothersome baby eventually gave up and got back to its feet

By: JORDAN BARNES FOR MAILONLINE

1 thought on “I’m not moving! Adorable baby elephant throws a tantrum as his mother tries to get him out of the road in South Africa”