Whether you’re on a weekend away from Sydney — just two hours’ drive down the road — or an international visitor road-tripping Australia’s east coast, two days is a good amount of time to get a taste of what Newcastle’s all about. From world-class beaches and even better wines to sand dunes and small bars and everything in between, here’s how to make the most of 48 hours in this booming beachside city.

Start your day with a hearty breakfast at the Three Monkeys cafe, which has been an institution of Newcastle’s cafe scene for more than a decade, long before the city began pumping out quality coffee like the mines churn out coal. After you’ve polished off a big bowl of muesli or a seriously big breakfast, stroll along Darby St’s strip of shops, galleries and cafes toward the harbour. 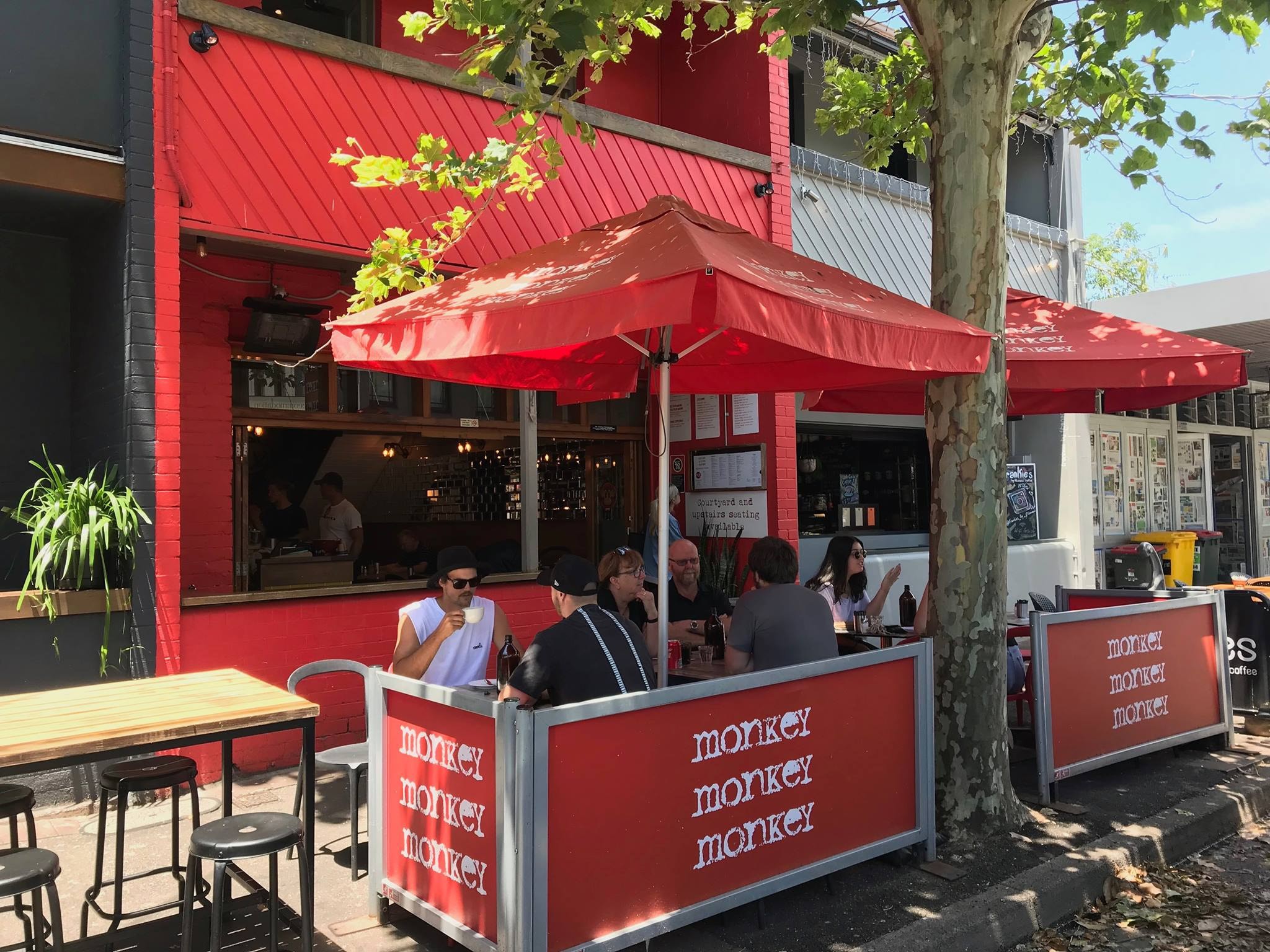 Your sight-seeing begins at the Honeysuckle Foreshore, which doesn’t have the aesthetic appeal of Sydney Harbour down the road, but does boast the spectacular sight of mammoth ships cruising in and out of the port. If you’re feeling energetic, scale the Queens Wharf Tower, a waterfront ‘erection’ that will be demolished in 2018 because of its resemblance to a phallic symbol.

Next door, the Queens Wharf Hotel is a great place for an icy-cold schooner and a meal as the sun sets over the water, but resist the urge for a cheeky drink and continue through Foreshore Park towards the beach. History buffs should pop up to Fort Scratchley, an old army defensive post that’s now a museum. Dog lovers should go to Horseshoe Beach, where Fido’s allowed to splash around in the water off his leash. And everyone should get a bit of sand between their toes at Nobbys Beach, then wander past the lighthouse along the breakwater to marvel at the enormous bulk carriers as they’re funnelled into the Hunter River. 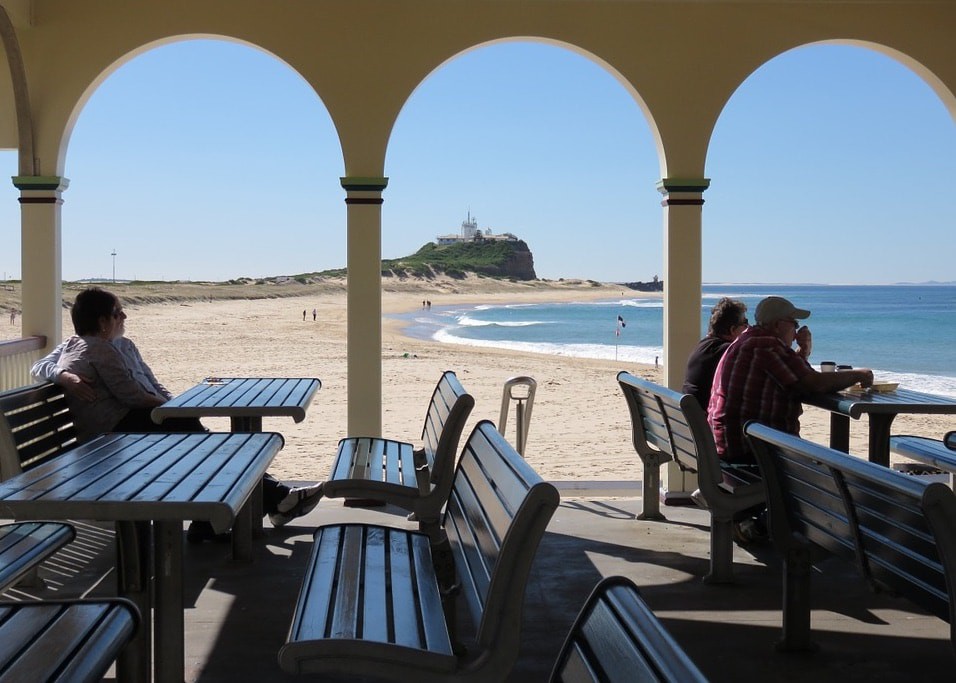 Lace up your walking shoes because the coastal lookouts don’t end there. Follow the Shortland Esplanade back to Newcastle Beach, which is always well populated with families enjoying the enclosed ocean pools and surfers tackling the waves. Once you get peckish for a little lunch, grab a table at Estabar, for unrivalled ocean views, or East End Hub, a stylish venue with an upmarket menu loaded with locally sourced produce.

Next stop? Another beach, but not before some more sumptuous seaside scenery. Wind through the walking trails of King Edward Park. Pop in to the Bogey Hole, a heritage-listed sea bath that’s considered the oldest surviving European construction in the city, and then head to the recently opened Newcastle Memorial Walk, a scenic pathway towering over the craggy cliffs that pays tribute to Australia’s World W.a.r One efforts. 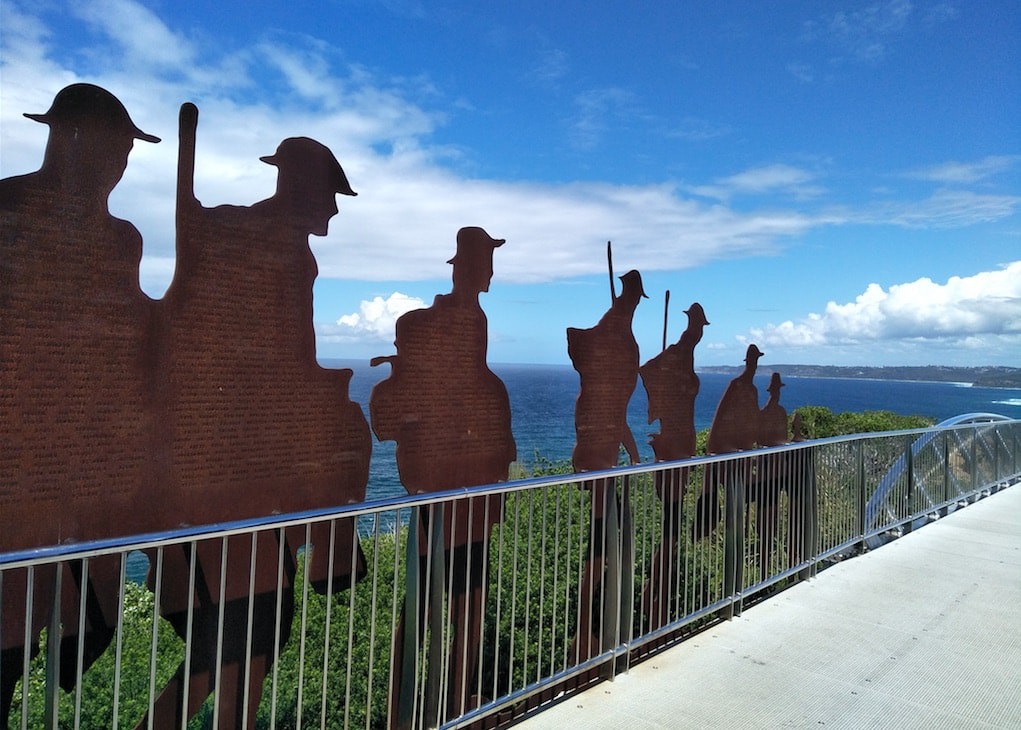 You’ll pop out at the tiny Susan Gilmore Beach, the next door neighbour of Merewether, Newcastle’s premier strip of sand that’s beloved among surfers, swimmers and sun-bathers alike. Tuck into a picnic at Dixon Park, take the kids to the recently upgraded ocean baths, grab a healthy snack at the Blue Door Kiosk in the surf club or start your evening with a cold one at the Beach Hotel, a freshly renovated art deco building overlooking the sand.

When it comes to the evening, you’re spoilt for choice, but given you’ve spent the whole day in the salty sea air, you can’t pass up fish and chips. And when you’re talking fish and chips in Newcastle, there’s only one place to go: Scotties, purveyors of Newy’s best seafood since 1950, dishing up gourmet fried fare in the stylish outdoor dining area shaded by palm trees just a stroll from the sand. 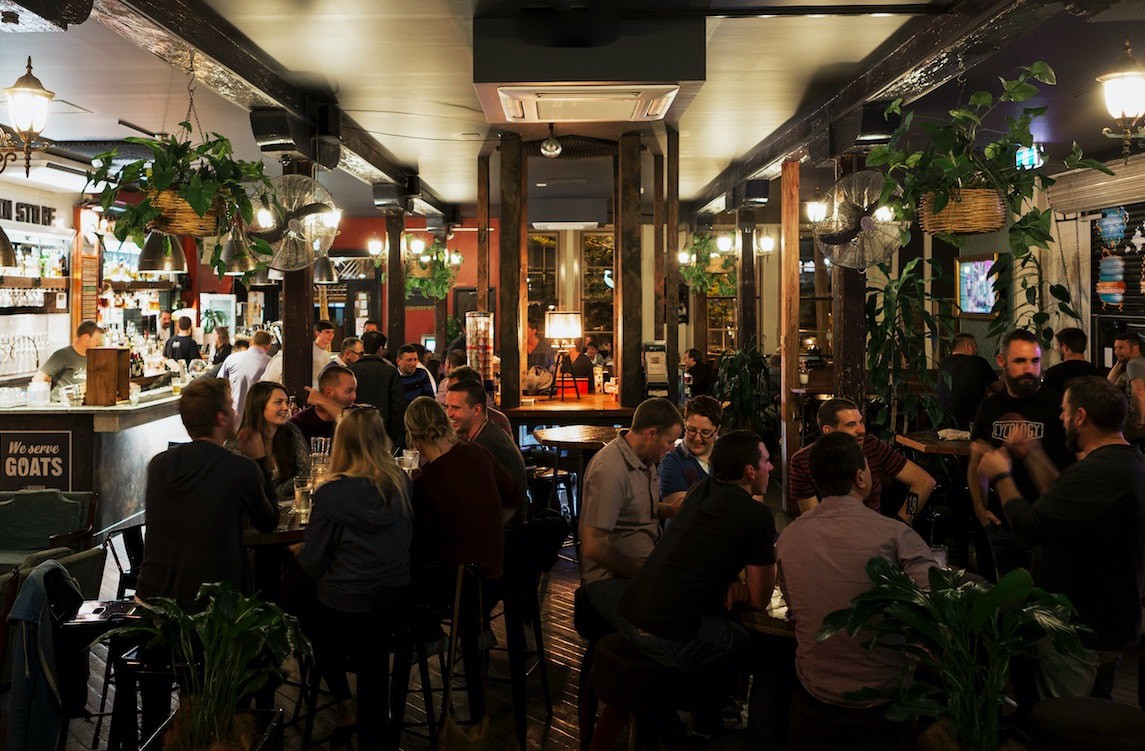 It’s then time to knock the top off a beer with the locals, and, again, the city centre isn’t short on brilliant bars. Just a block from Scotties, the Grain Store is a great choice for craft beer lovers with the 21 taps of the beautifully converted warehouse dedicated to independent Australian brewers, while FogHorn Brewhouse is Newcastle’s only venue with its own on-site brewery for the freshest frothy you could ever hope to taste.

You’ll explore Newcastle’s surroundings on your second day, so fuel up before you hit the road. Start with brekkie at Ground Up Espresso, tucked away behind the shipyard in industrial Carrington. Don’t worry about finding it, the front of this converted butcher’s shop is decorated with colourful tiles that make it look like a game of Tetris sticking out on Young St. Enjoy a delicious cup of coffee and avocado on toast before heading out of the city. 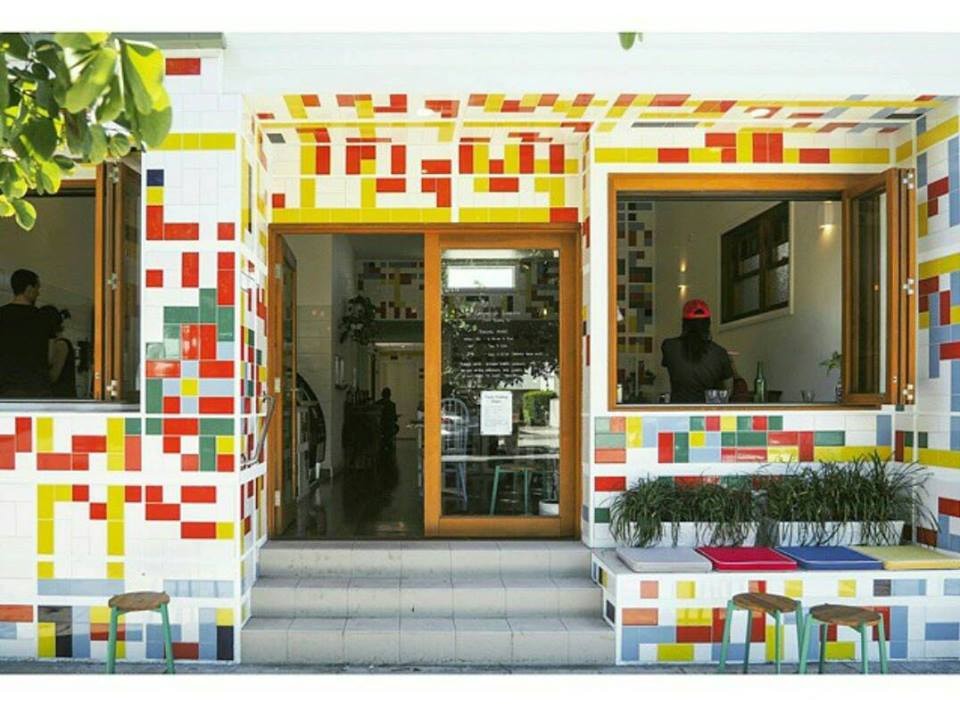 Ground Up | © Courtesy of Ground Up Espresso

Half an hour’s drive north of the city are Australia’s largest sand dunes in the Worimi Conservation Lands, spanning 32 kilometres of seaside and towering as high as 40 metres above the water. Discover the 4,200 hectares of sand on the back of a quad bike, behind the wheel of a 4WD, or surf around on a sand board if you’re not scared of a sandy face plant. The Port Stephens region is also home to 26 pristine beaches, untouched national park, water activities like kayaking and stand-up paddle boarding, plus whale watching during winter and tours to the resident pod of 140 bottlenose dolphins year-round. 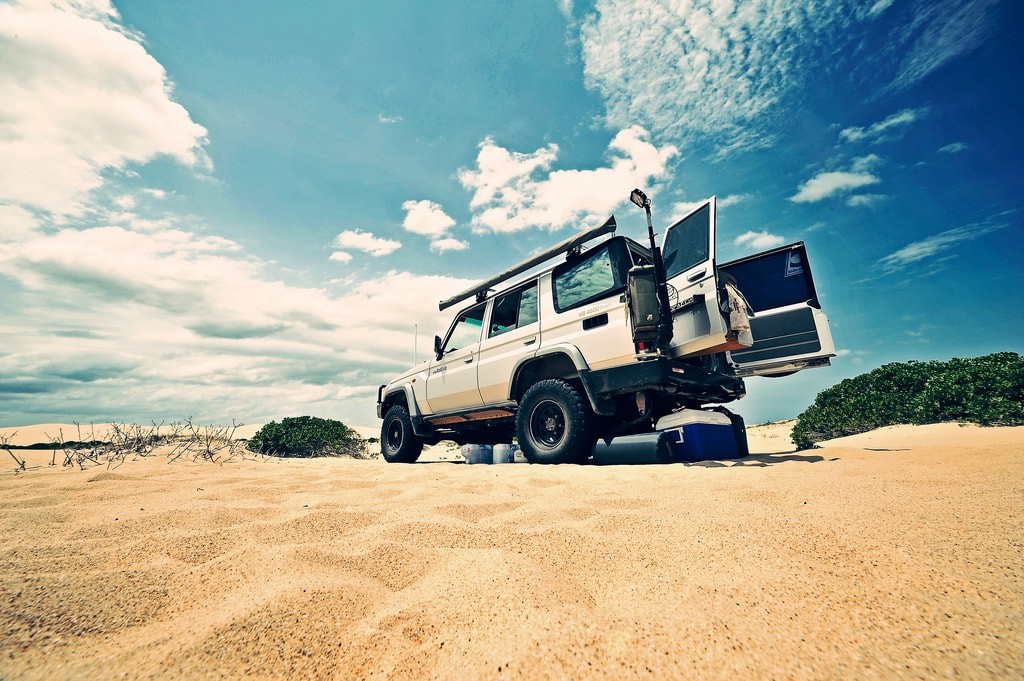 It’s another hour’s drive to another spectacular region on Newcastle’s doorstep, the Hunter Valley. Australia’s oldest wine region is home to more vineyards, cellar doors, gourmet eateries, day spas and rolling green hills than you could ever squeeze into one afternoon, so pick out one or two wineries that tickle your fancy or jump on a tour to see as much as possible. Sémillon is the specialty grape of the region, and you’ll also find plenty of Shiraz, Chardonnay and Cabernet Sauvignon. 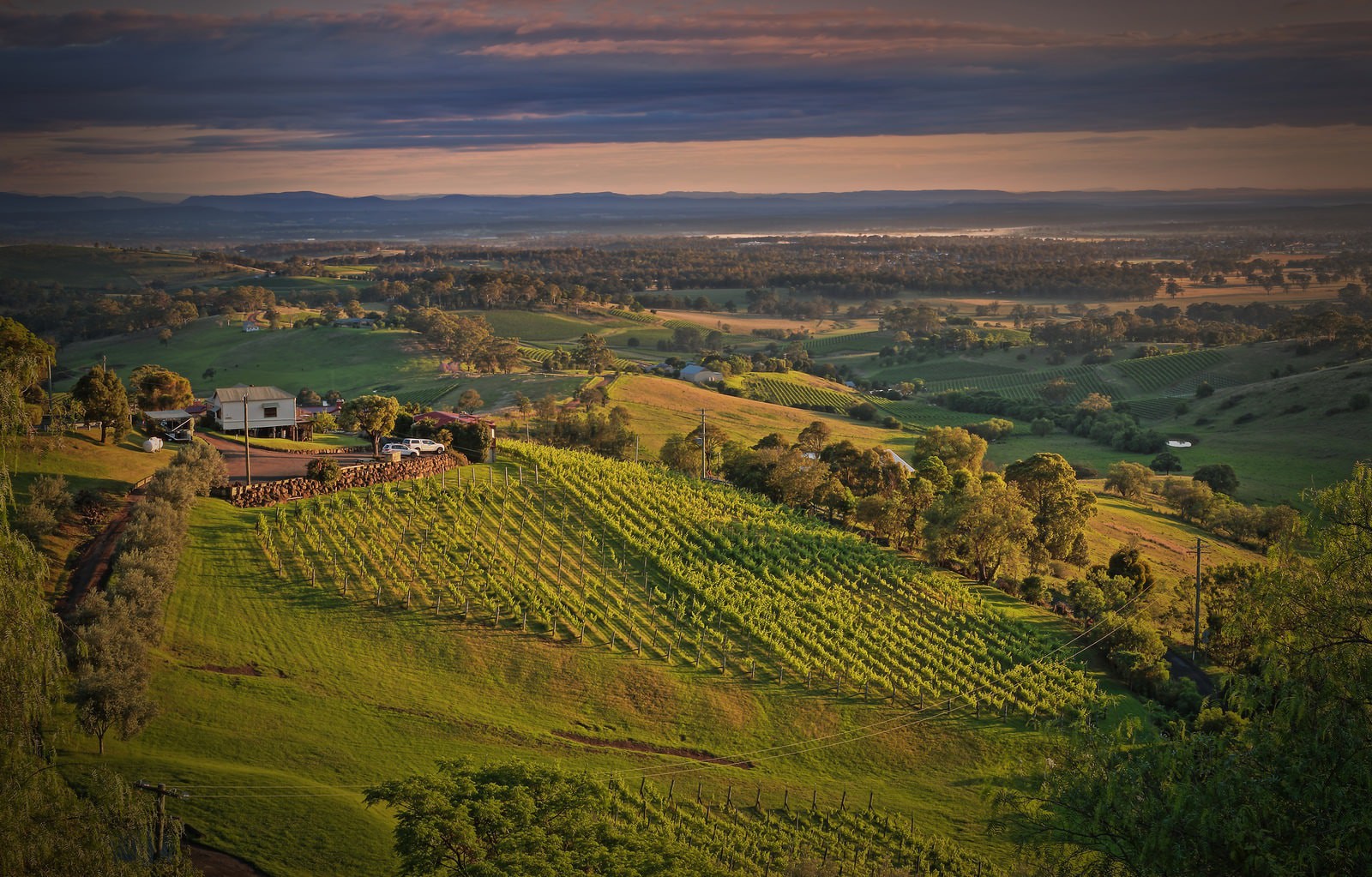 Return to the city for dinner and another glass of local wine at Restaurant Mason, one of the Hunter’s must-visit food destinations. Husband and wife team Chris and Ami Thornton opened this award-winning restaurant in 2011 and quickly established its reputation as one of Newcastle’s premier dining experiences, serving upscale modern Australian fare with a French, British and Asian touch. Mason is one of a number of cutting-edge eateries — along with other stylish restaurants like Subo, Una Volta and Sprout Dining — that are helping to lead Newcastle’s cultural resurgence. 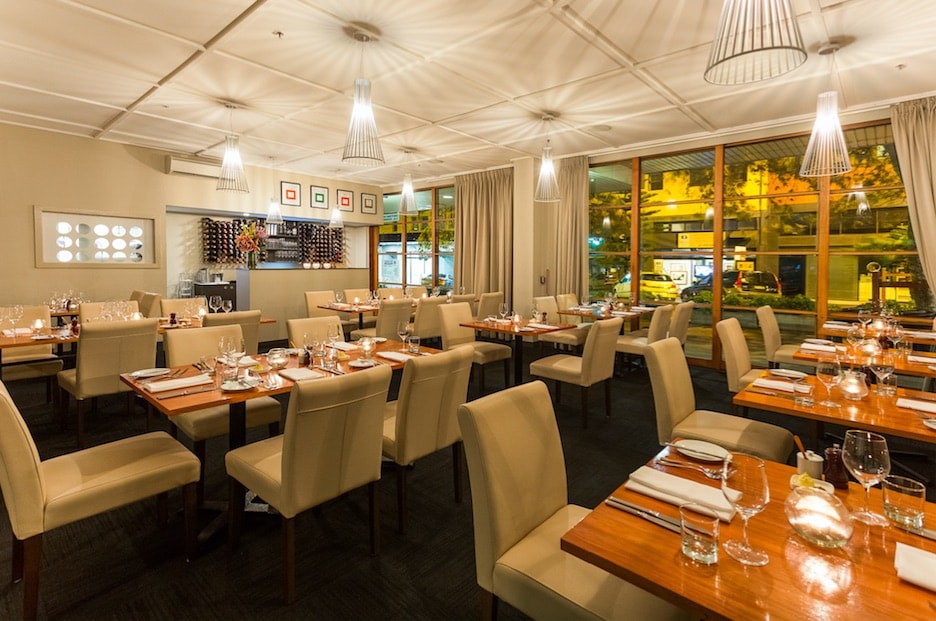 After a fancy meal, you deserve a fancy tipple, and Coal & Cedar is just your place. Hidden off Hunter St, this moody speakeasy was named the best bar in regional Australia last year, boasting a well-curated whisky collection and creative cocktail list that complements the dim lighting and taxidermy-lined exposed brick interior. Reserve, Bar Petite and the Williams Bar are other elegant choices for a night cap.

23 Facts You Didn’t Know About Koalas

A Two-Week Travel Itinerary for Australia