With meandering rivers, soaring Alpine mountains, towering viaducts and winding tunnels, Switzerland is perhaps one of the best European countries to journey through by train. Here’s how to ensure your route is as scenic as possible.

The Grand Train Tour of Switzerland is comprised of eight routes totalling 1,280km (795mi) that stitch together the country’s best bits, from castles and snow-dusted cliffs to shimmering lakes and historic cities. The all-in-one Swiss Travel Pass makes exploring it all a breeze in eight days, but this is one ride you won’t want to rush. Choose from these train routes to discover the most breathtaking of Switzerland’s vistas. 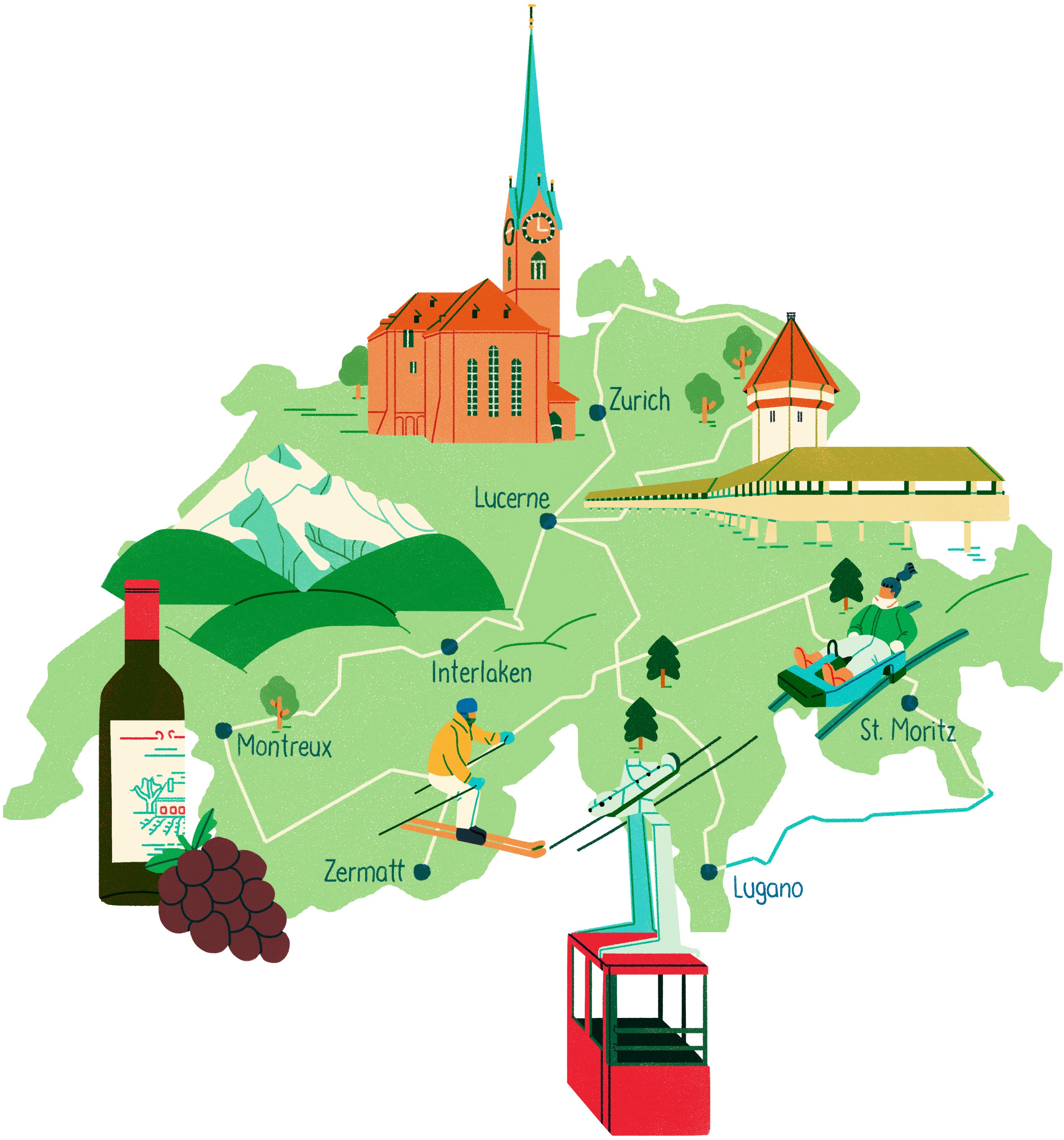 The Glacier Express is the big one: it’s an epic ramble through some of Switzerland’s most mood-lifting Alpine scenery. Linking the ritzy Zermatt and St Moritz by rail, this is the world’s slowest express train, but frankly you’ll want it to go slower. Glaciered mountains in the Matter Valley, Brig’s Stockalper Palace, the dark-timber chalets of the serene Goms region, and the vast, remote wilderness of the Oberalp Pass – source of the Rhine – are just the tip of the iceberg. Have your camera handy to capture the Benedictine monastery in Disentis and the Rhine Gorge’s limestone pinnacles. Just as astonishing are engineering marvels like the six-arched Landwasser Viaduct and the Bergün-Preda loop tunnel. 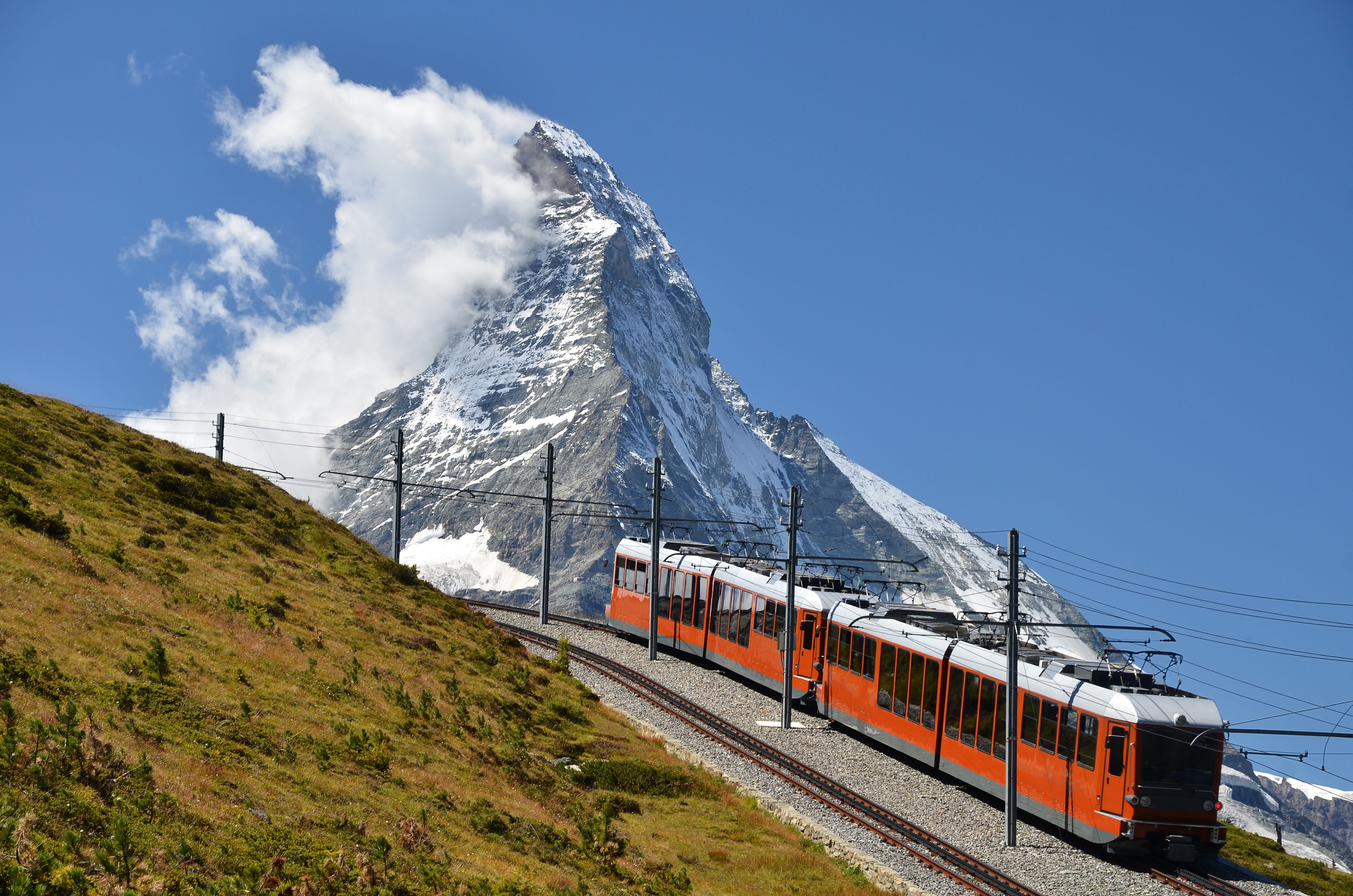 For a hit of culture, this journey through Switzerland’s lesser-known northeast hits the mark. You’ll kick off in Zurich, where the old town straddling both sides of the River Limmat contrasts with the edgy, post-industrial Züri-West quarter. From here, the train heads over a single-track viaduct in Eglisau. In medieval Schaffhausen, the Rhine Falls, Europe’s largest plain waterfall, thunders. Nearby Stein am Rhein is the stuff of storybooks, with its lavish half-timbered houses. Peer out across Lake Constance en route to St Gallen, where the UNESCO abbey, founded by Irish missionary Gallus in 612 AD, hides an exquisite Rococo library. 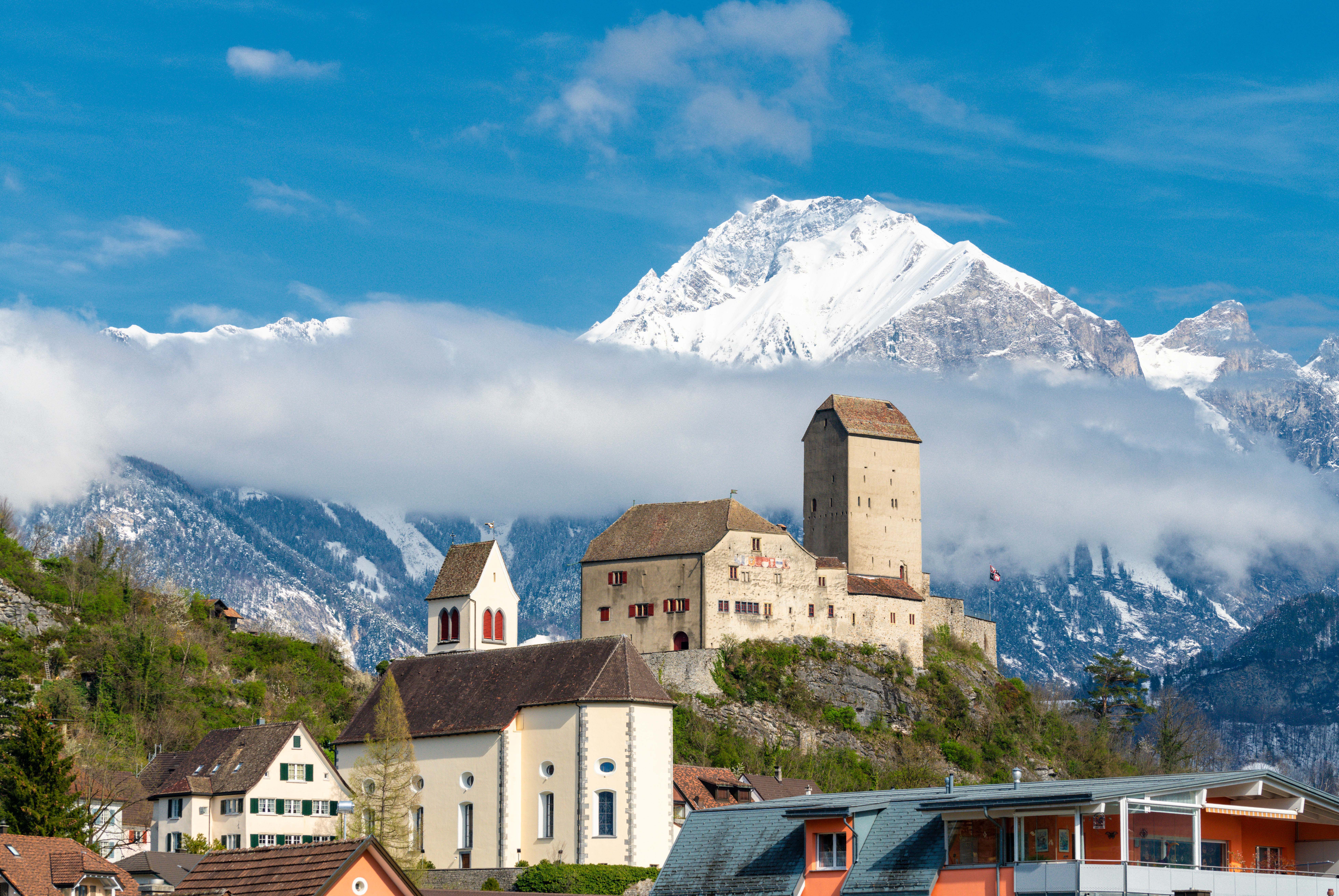 This uplifting ride through the Alpine foothills links St Gallen to lakeside Lucerne. Try to snag a window seat for views of the 99m-high Sitter Viaduct, Switzerland’s highest railway bridge, which leaps over its namesake river, and the wavy peaks of the Churfirsten range. You’ll pass forest-cloaked hills, meadows and farmhouses in Toggenburg, a deeply rural corner of Switzerland. The oft-snow-capped Alpstein mountains then appear, before the train ducks into the 8.6km-long Ricken Tunnel and enters the open expanse of the Linth Plateau. The Glarus Alps pop up on the horizon as the journey continues along passing Lake Zurich, Lake Zug and, finally, Lake Lucerne. 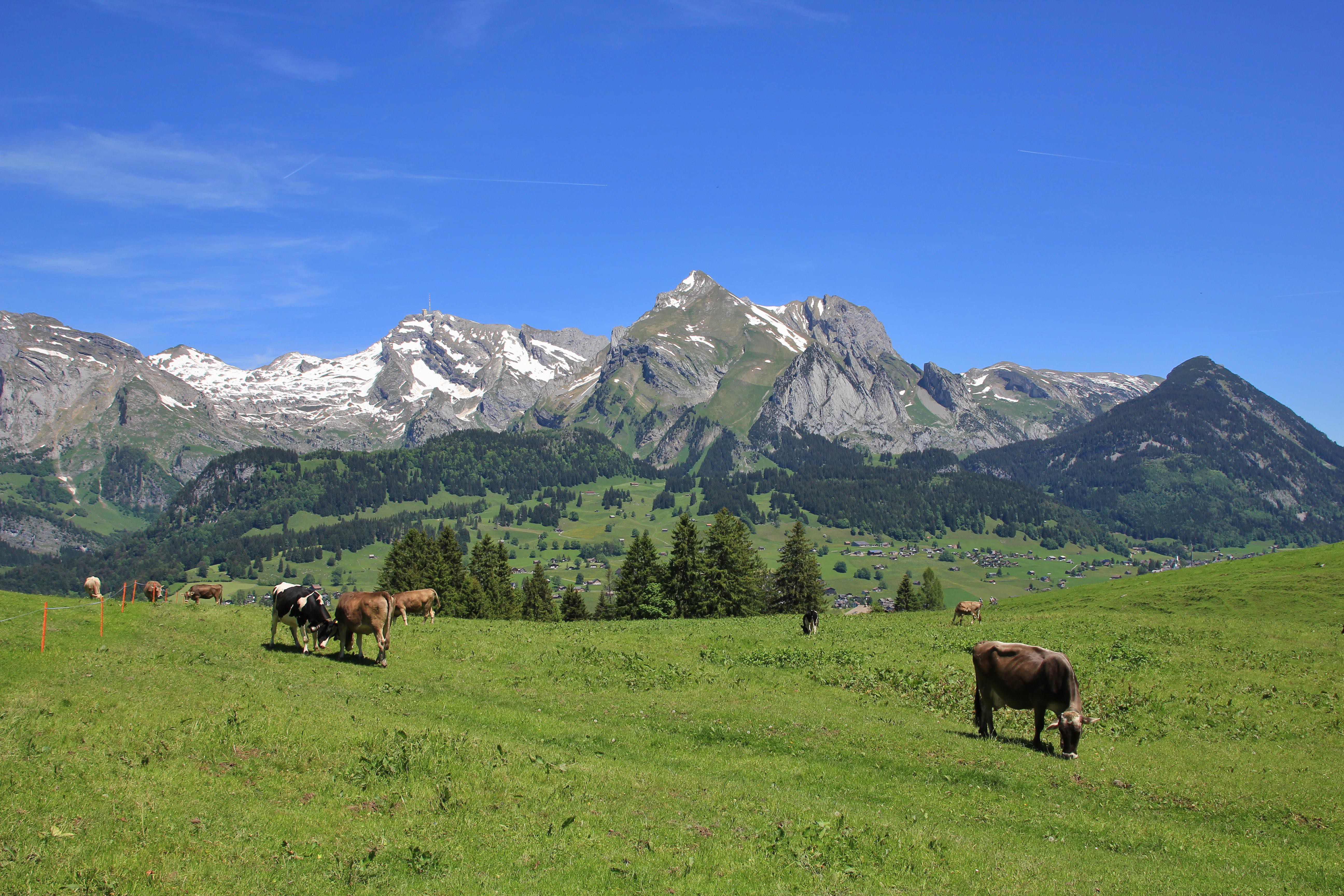 If the so-called GoldenPass Line seems impressive on paper – ticking off eight lakes, six cantons and three high-altitude passes – in reality it’s better. Leaving behind genteel Lucerne and its mythical mountains, the train skirts the shore of Lake Sarnen (a favourite of painter William Turner) before climbing the 1,008m Brünig Pass. Expect arresting views of soaring peaks framing turquoise Lake Brienz, before touching base in Swiss adventure capital Interlaken, gateway to the phenomenally beautiful Jungfrau region. The train shimmies along Lake Thun, enters the lush Simme Valley, and emerges in the Alpine-chic Gstaad. Now the picture softens as you pass through vine-striped hills sloping down to Montreux on Lake Geneva’s shores. 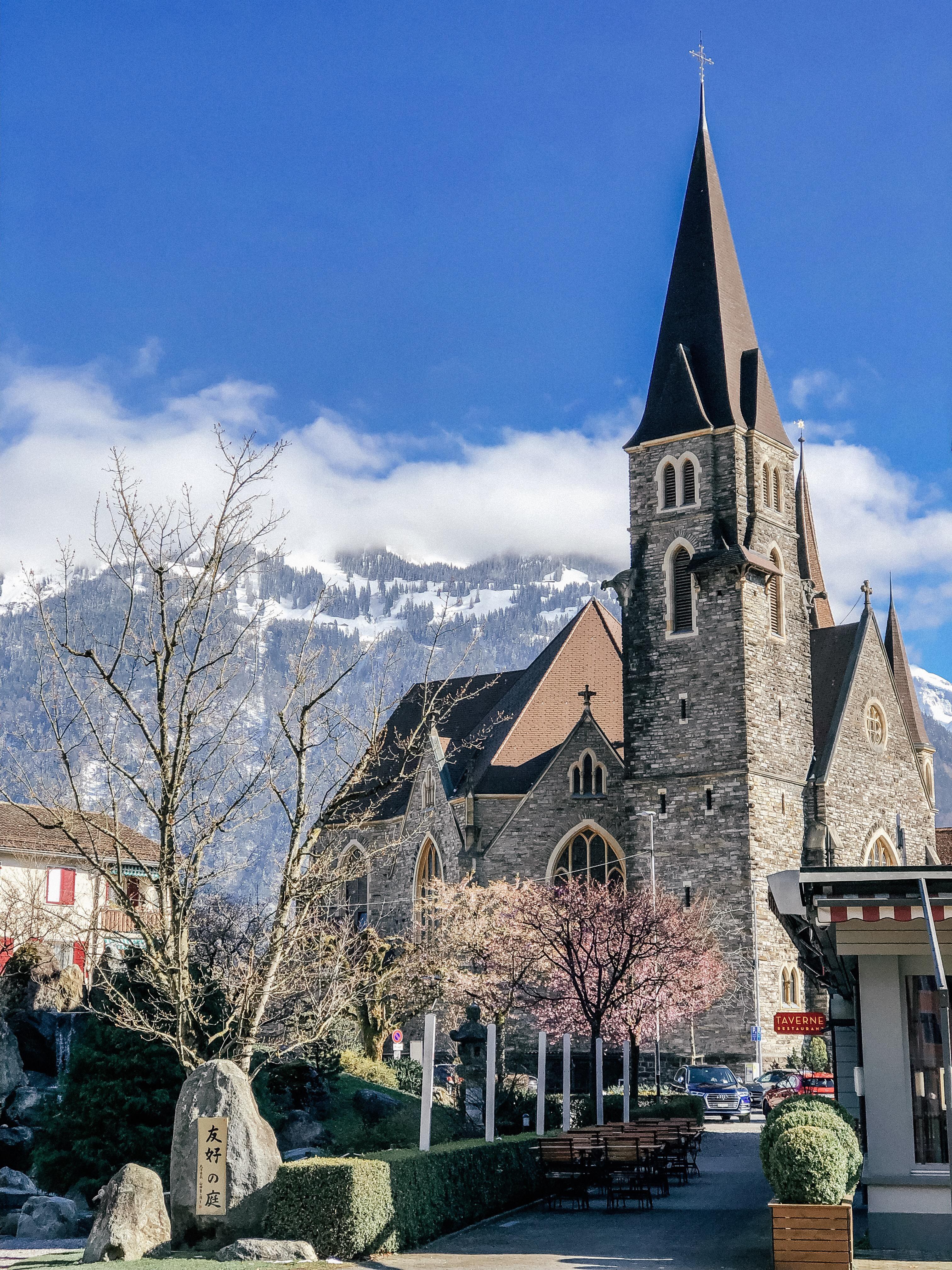 Montreux, host of a world-renowned summer jazz festival, is the jumping-off point for this route. The train veers south to Aigle, set among pretty Chablais vineyards, before stopping off at the 6th century Abbey of St-Maurice, the world’s oldest Christian abbey. Roman-rooted, French-speaking Martigny beckons with an 800-year-old castle, modern art galleries and the Saint Bernard museum (where yes, you can meet – and even walk – the legendary hospice dogs). The train pushes further into vineyards and along the Rhône. In Visp, switch to a narrow-gauge line for the climb through the wild Kipfen Gorge, past hamlets and the glacier-topped, 4,506m-high Weisshorn en route to Zermatt, where you’ll gasp in wonder at the pyramid-shaped Matterhorn. 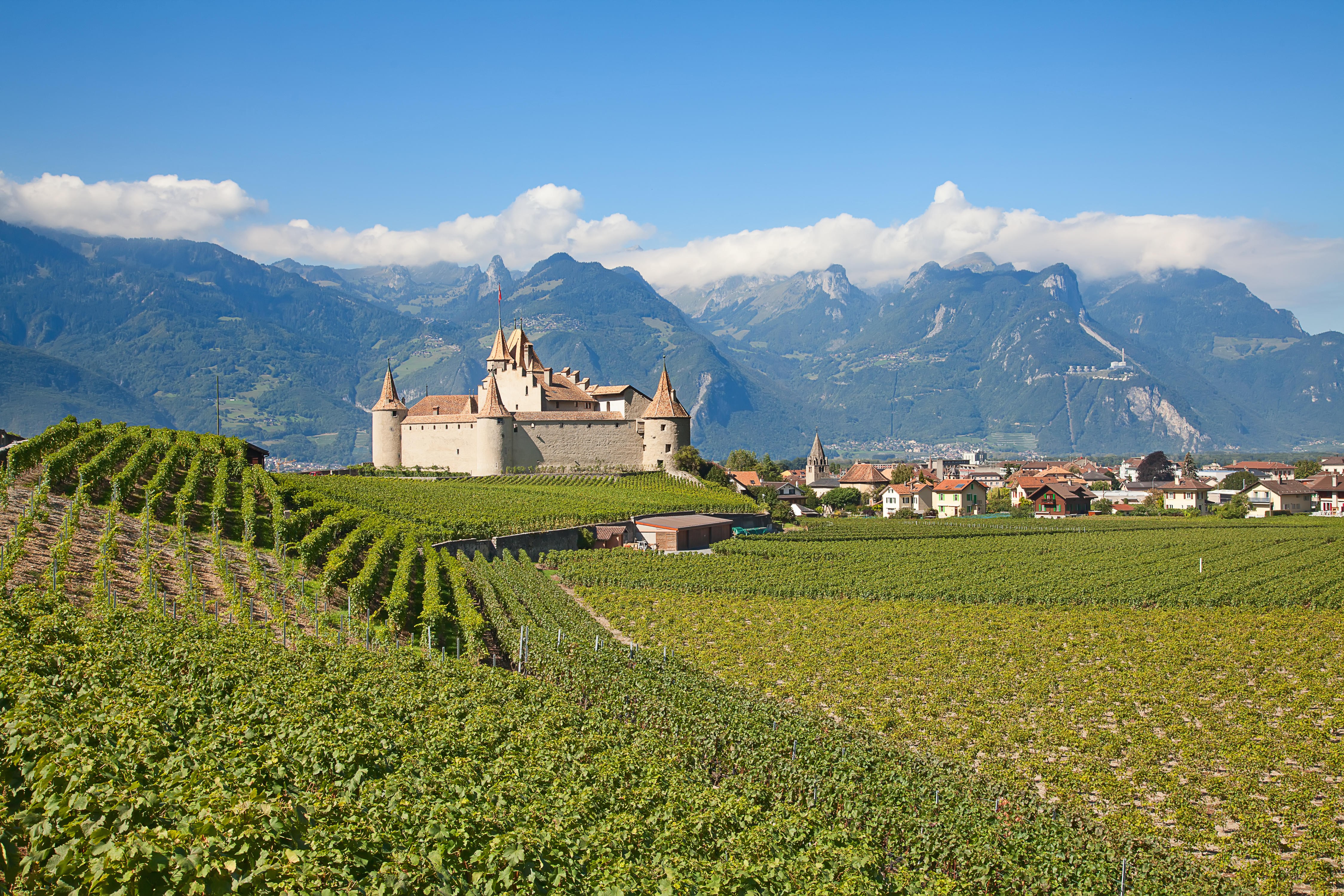 The Bernina Express passes through some of the loveliest Alpine scenery in Switzerland and along the Italian border. Beginning in super-chic St Moritz at 1,856m above sea level, the journey starts with views of the snaking Morteratsch Glacier. After making a 180-degree turn on the Montebello Curve, you reach Alp Grüm, and Italian restaurant accessible only by train with ringside views of the iced peaks of the Bernina range. Rugged peaks rise above milky-blue Lake Poschiavo, formed by a prehistoric landslide, which is the prelude for the spiralling nine-arched Brusio Viaduct. In Italian-speaking Tirano, switch to the Bernina Express bus for the onward drive through Lombardy’s Valtellina, where sheer mountains sweep down to vineyards, woodlands and the palm-dotted shores of Lakes Como and Lugano. 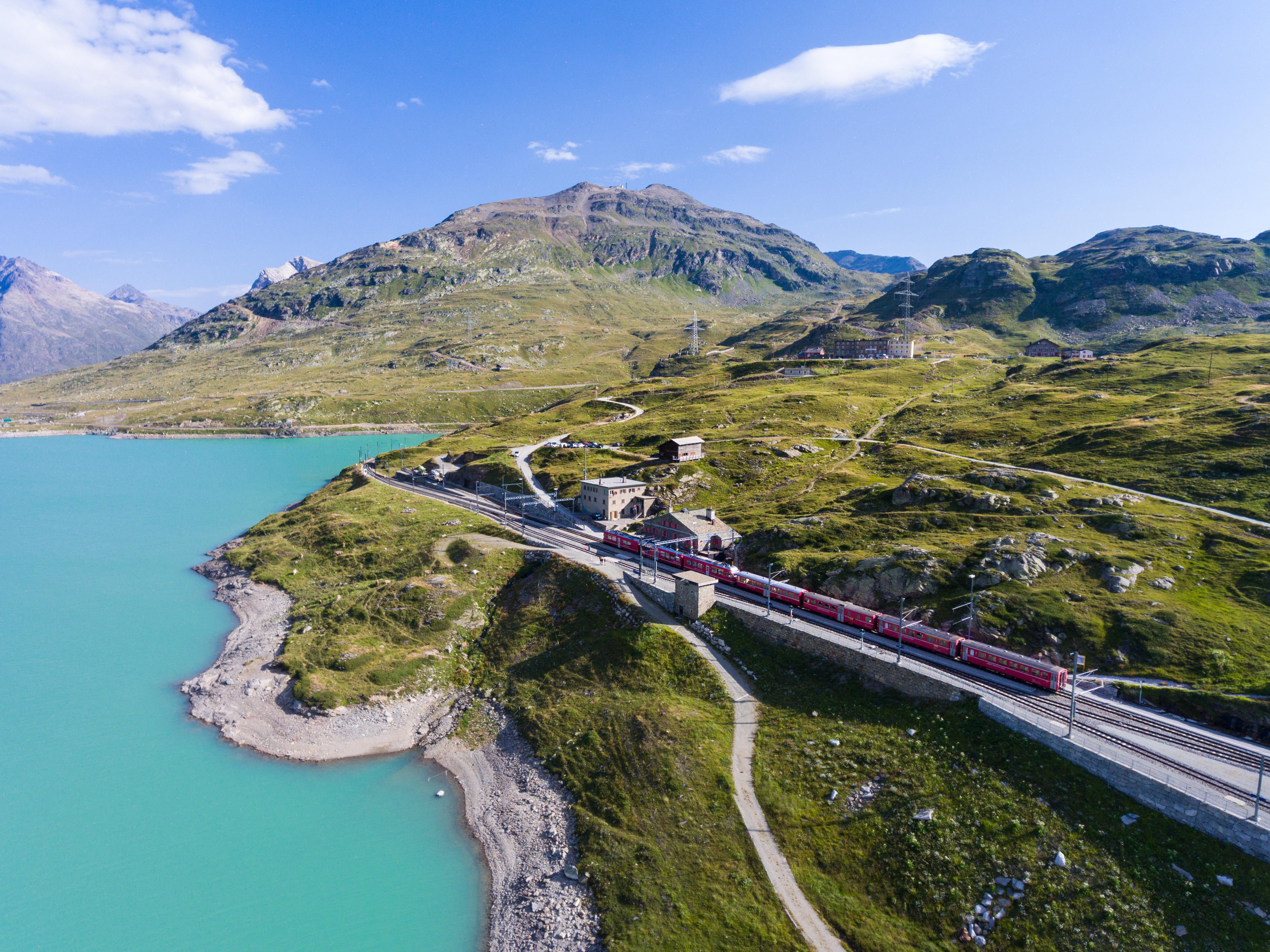 Less than an hour to spare? You can get a taste of what the Grand Train Tour has to offer on this short-but-sweet ride from Lucerne. Surrounded by mountains on the shores of its namesake lake, this graceful town is an enticing stop thanks to its high-calibre galleries, medieval covered bridge and cable-car trips up to the peaks of Mount Rigi and Pilatus. The ride has views of water all the way, taking in Lake Zug – where champion rowers practise quietly on the water – and Lake Zurich, on the approach to the vibrant city of the same name. 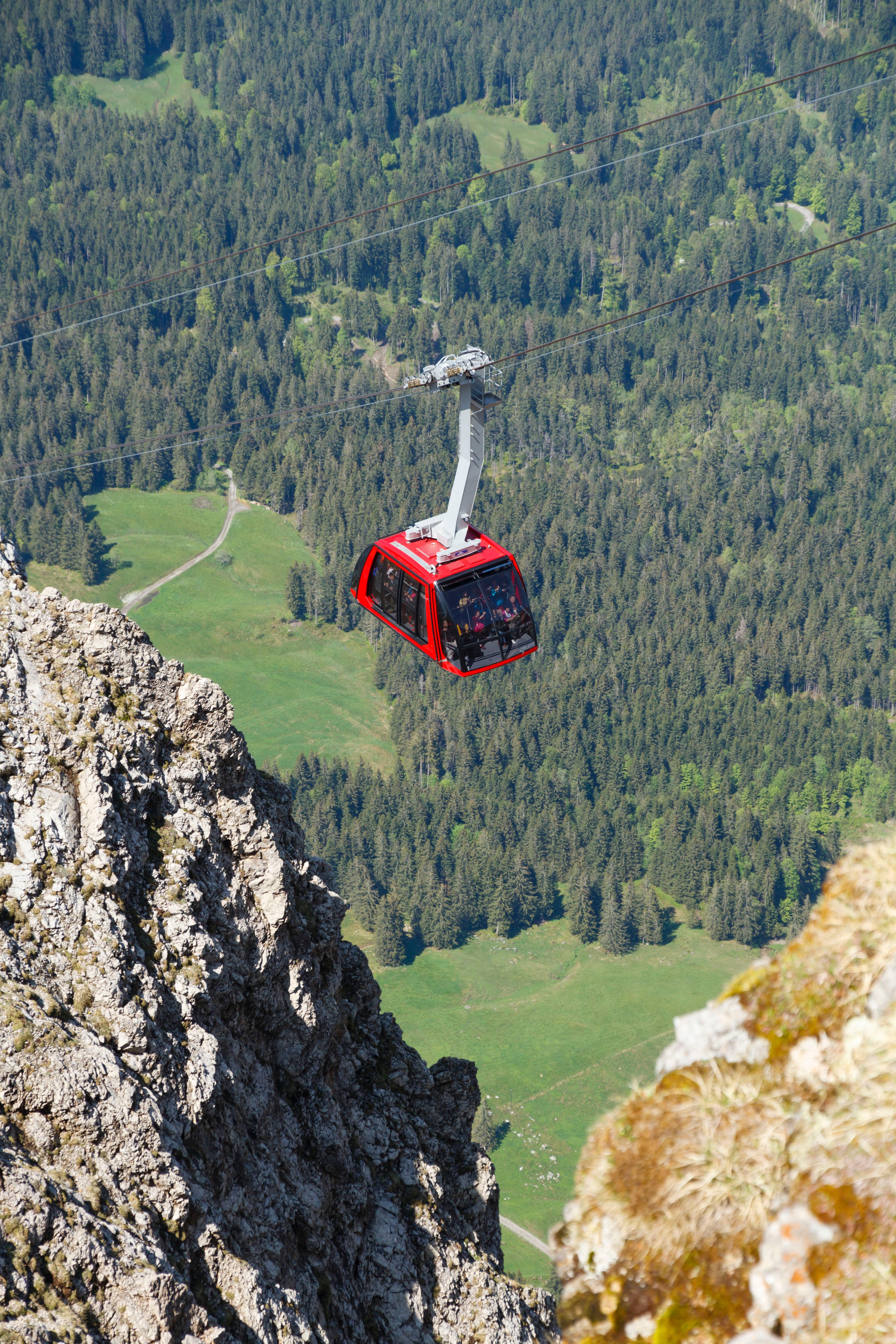 Starting in Lugano in Switzerland’s Italian-speaking, piazza-filled south, the Gotthard Panorama Express weaves its way steadily north via the fertile Magadino Plain. Allow ample time for Bellinzona, the capital of Ticino canton, where three UNESCO World Heritage castles lord it over the historic centre. Shortly afterwards you’ll speed through the Gotthard Base Tunnel, the world’s longest and deepest rail tunnel, en route to Giornico, backed by vineyards and chestnut woods. The railway climbs a tight double loop in Wassen, where you’ll see the baroque church from three different angles. In Flüelen, board a boat on fjord-like Lake Uri – home to legends of William Tell and believed to be birthplace of the Swiss nation in 1291 – before the gentle onward cruise across Lake Lucerne. 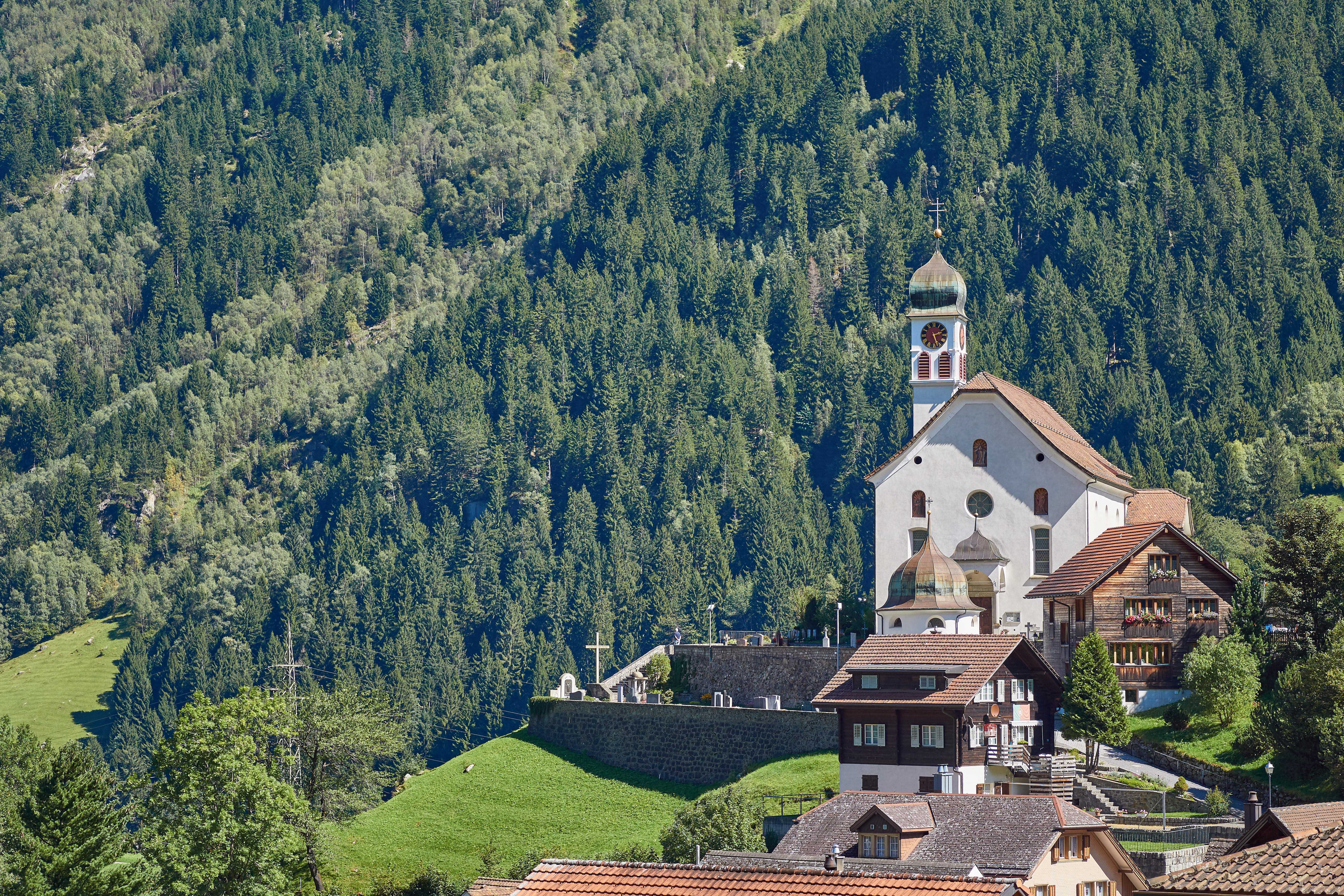 8 Best Things To Do In Lucerne Switzerland

Traditional Food To Try In Switzerland