Choosing what hotel to stay in when you visit a new destination is an important decision – is it close to where you need to be, what’s the spa like, is it pricey? All those factors and more influence where millions of people lay their heads in hotels all over the world.

Some hotels, though, are in themselves the main attraction. Rather than people planning their holiday around a destination, they plan it around a particularly amazing bucket list hotel.

And when you see just how unique some of these hotels are, you’ll understand why. One such place is Grandhotel Giessbach, in the Swiss countryside.

Where exactly is Grandhotel Giessbach?

Surrounded by mountains, forests and alpine meadows with breathtaking views of the unspoilt Lake Brienz, this beautiful hotel is in Giessbach, Switzerland.

The historic Grandhotel Giessbach was built in 1873, and returned to its former glory in the 1990s, after falling into disrepair following two World Wars. 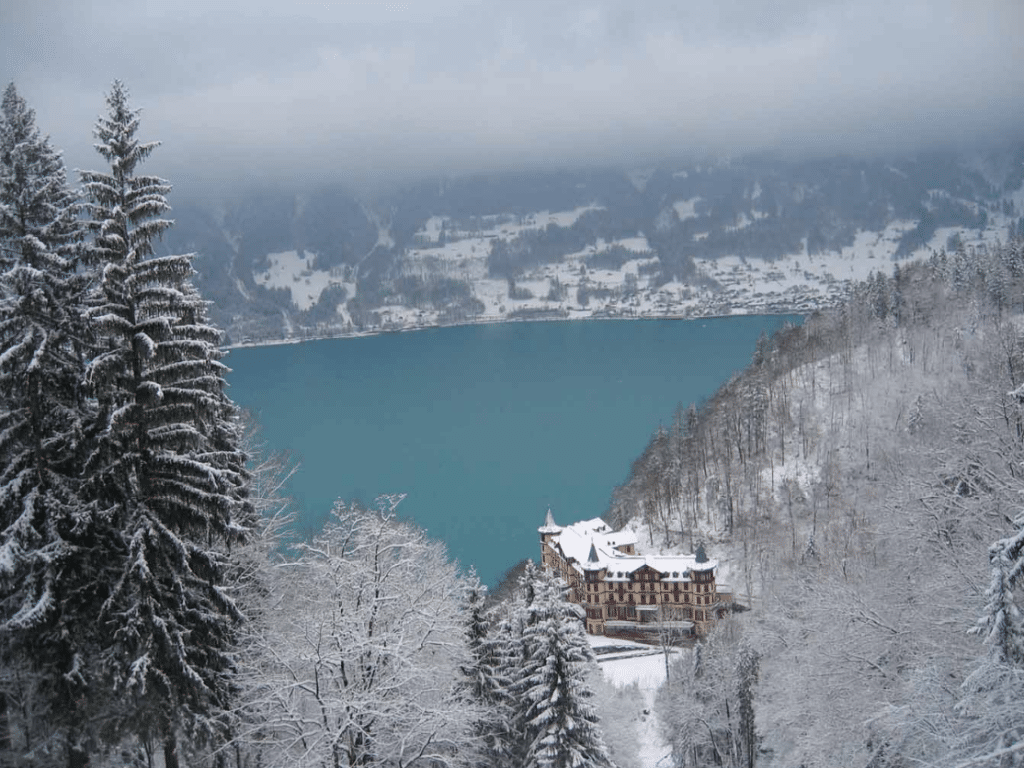 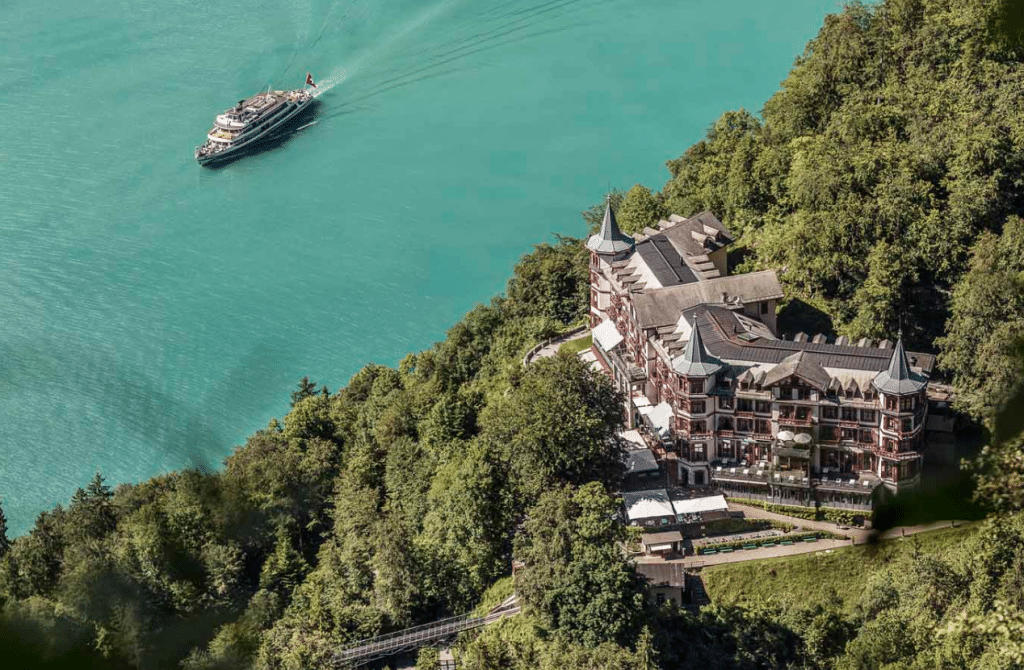 What’s so special about this hotel?

Mostly, it’s the jawdropping view of the Giessbach Falls below. The hotel is located high on a hill above the crystal clear lake, and rooms have either lake or waterfall views. Waking up to one of the most awe-inspiring sights in Europe? Now that’s special.

Rooms are charmingly designed in 19th-century style, with rich fabrics and cosy touches. 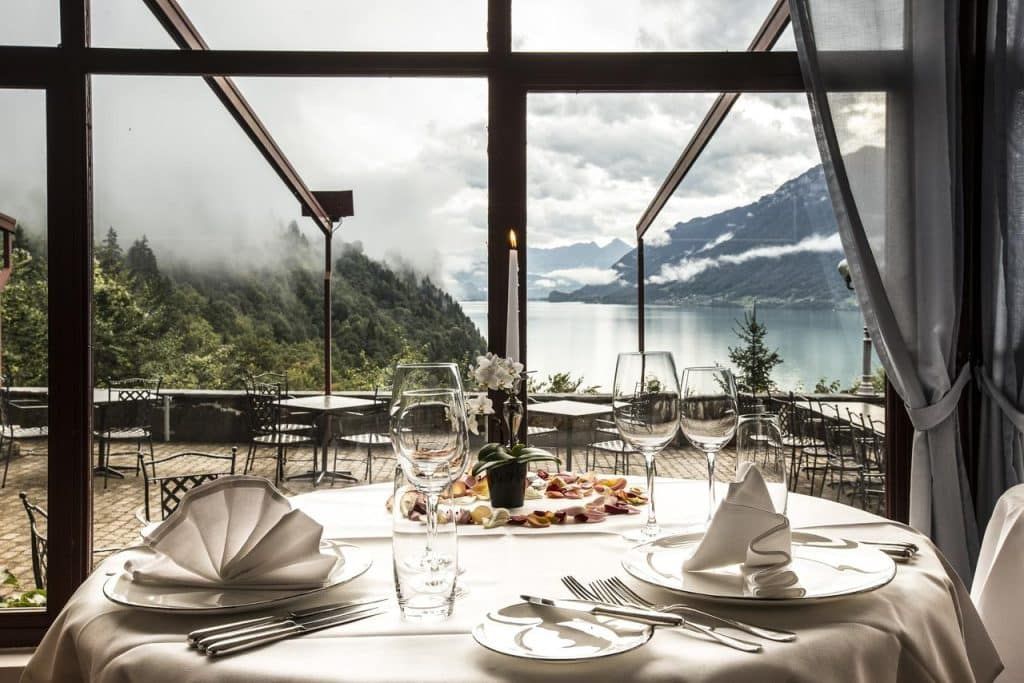 The hotel is also home to Europe’s oldest funicular railway, now 125 years old, which runs from a private steamboat terminal to the hotel.

The four minute ride takes you through the woods, over bridges and alongside waterfalls. 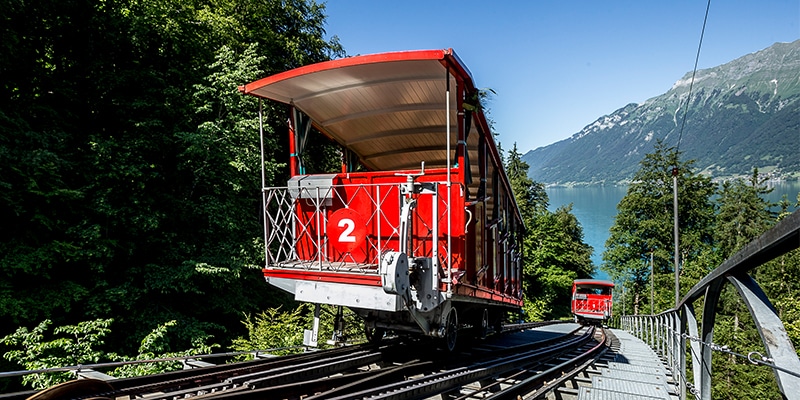 How much does it cost to stay? 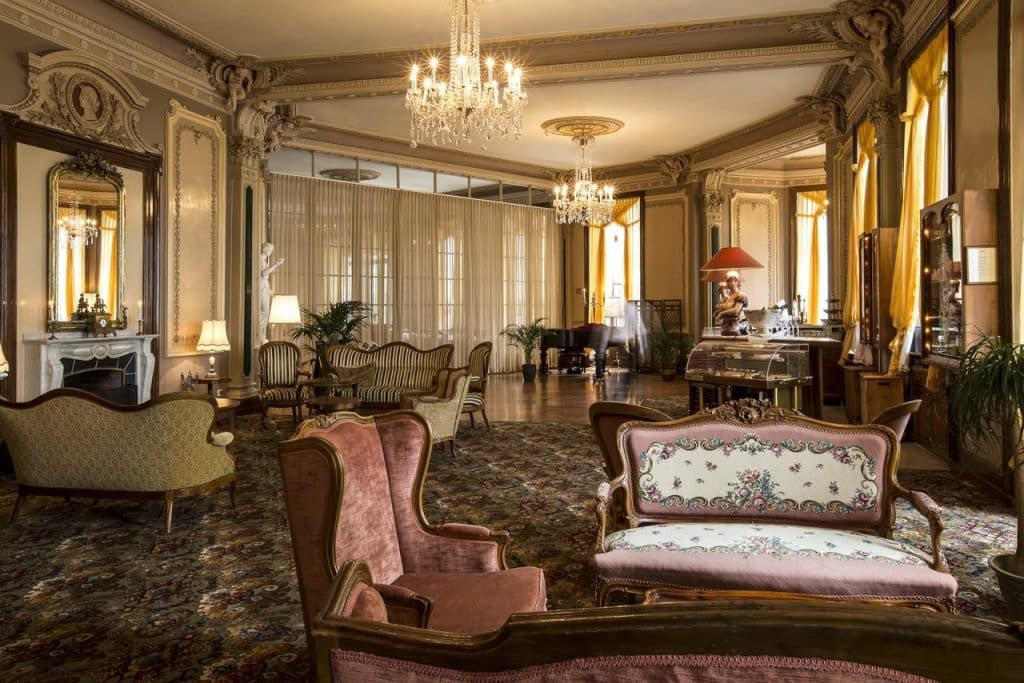 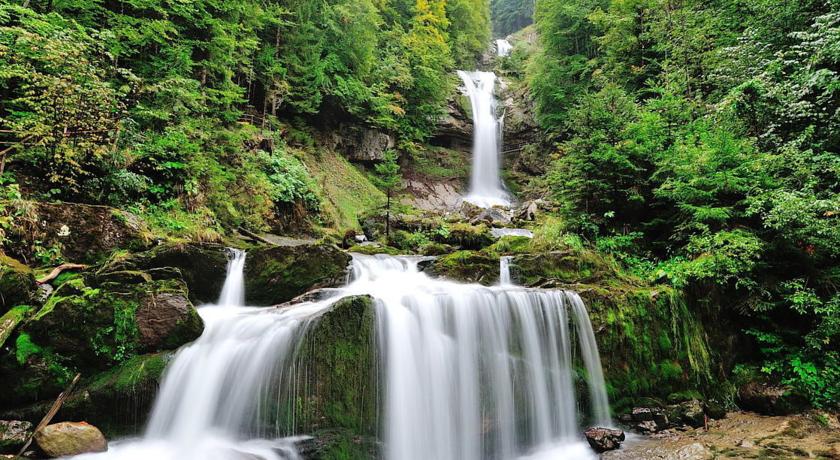 Under $200 for a night in absolute wild paradise? We certainly think so. Morning walks underneath Swiss waterfalls are what weekend dreams are made of.

10 Best Things To Do In Lugano, Switzerland