Makaleha Falls Hike is the jungle waterfall adventure, which will leave you covered in mud but not with no regrets. The 2.6 mile out and back trail follows a stream the entirety of the hike with a reward of multiple epic waterfalls at the end. This hike is a great fit for those capable of bouldering, weaving in and out of roots and vines and dealing with slippery mud and mossy rocks.

Makaleha Falls Hike on Kauai takes about two hours round trip if you don’t stop for photos or spend too long at the falls. Otherwise, allow for three hours if you want to enjoy the falls at the destination.

The hike begins along the Makaleha Stream and follows it the whole way up to the falls. I lost count of the river crossings and many of them left no option other than to wade through the water. I managed to keep one shoe dry!

The trail isn’t necessarily well defined throughout but as long as you follow the stream and stick close to the water’s edge you will find you the way to the falls. The trail is worn enough so that if it gets too thick you have probably gone off the track. 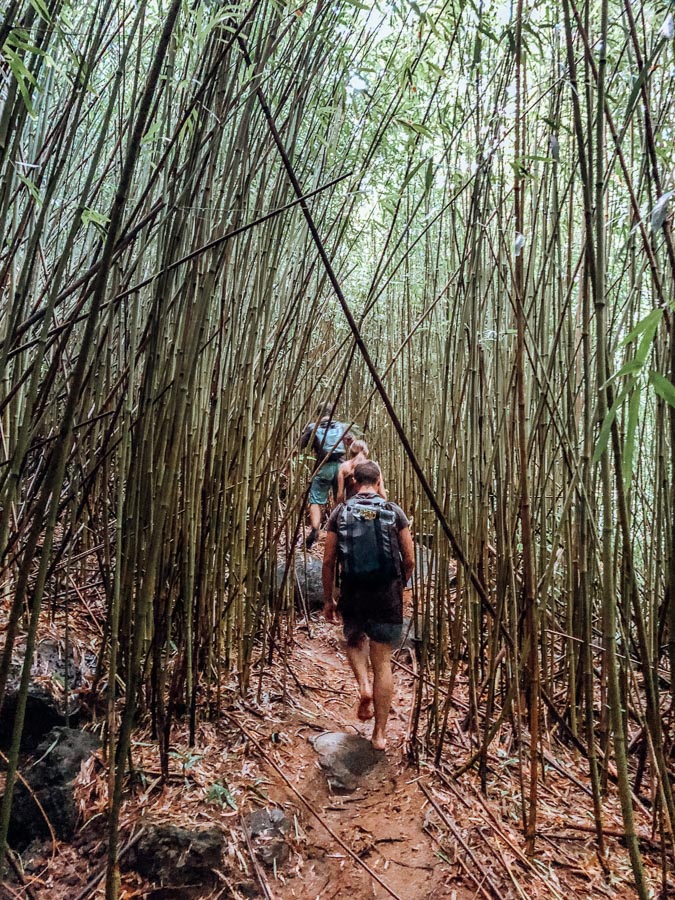 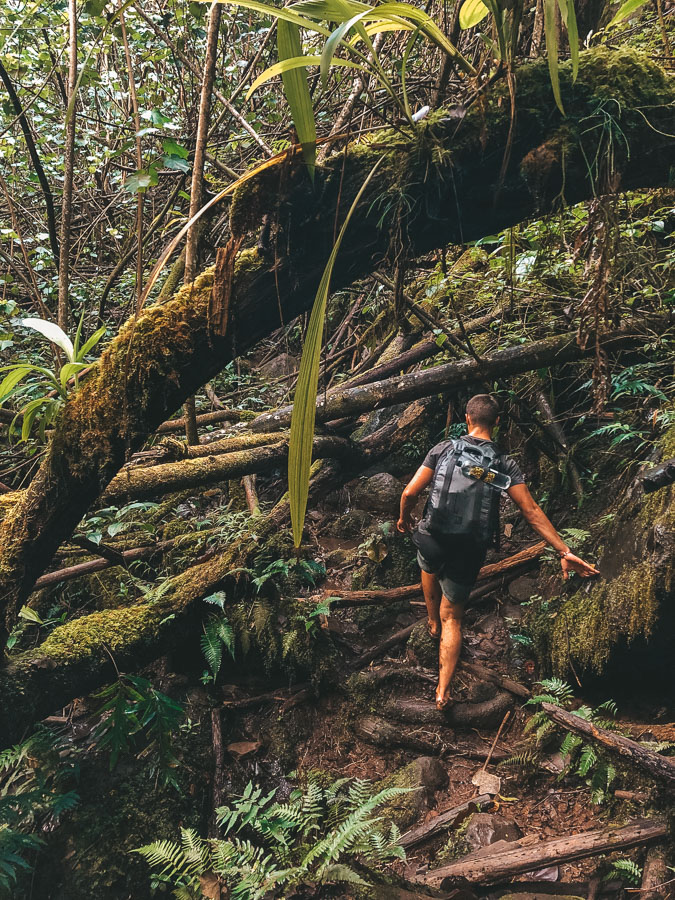 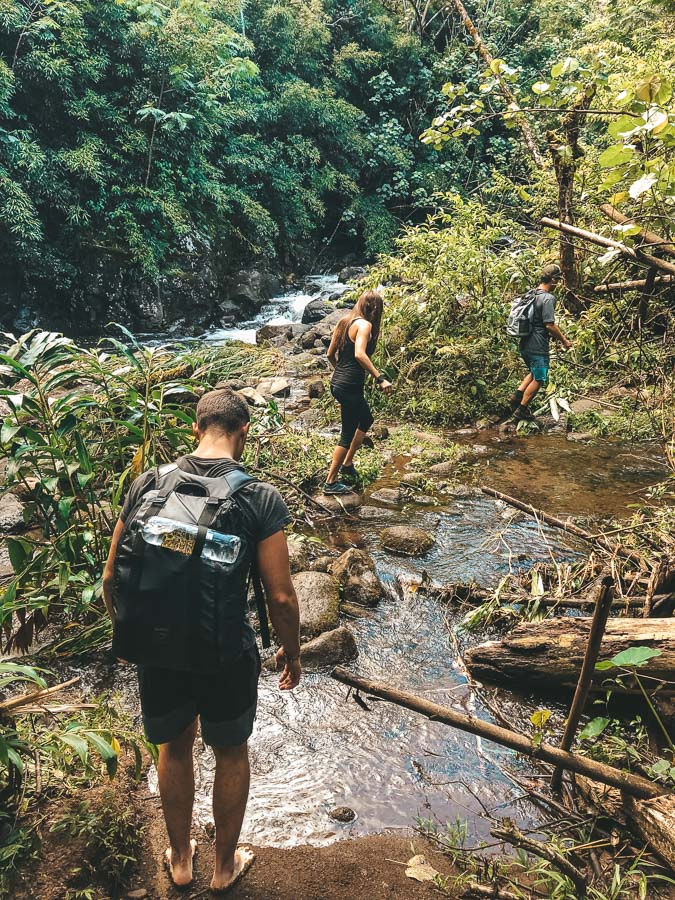 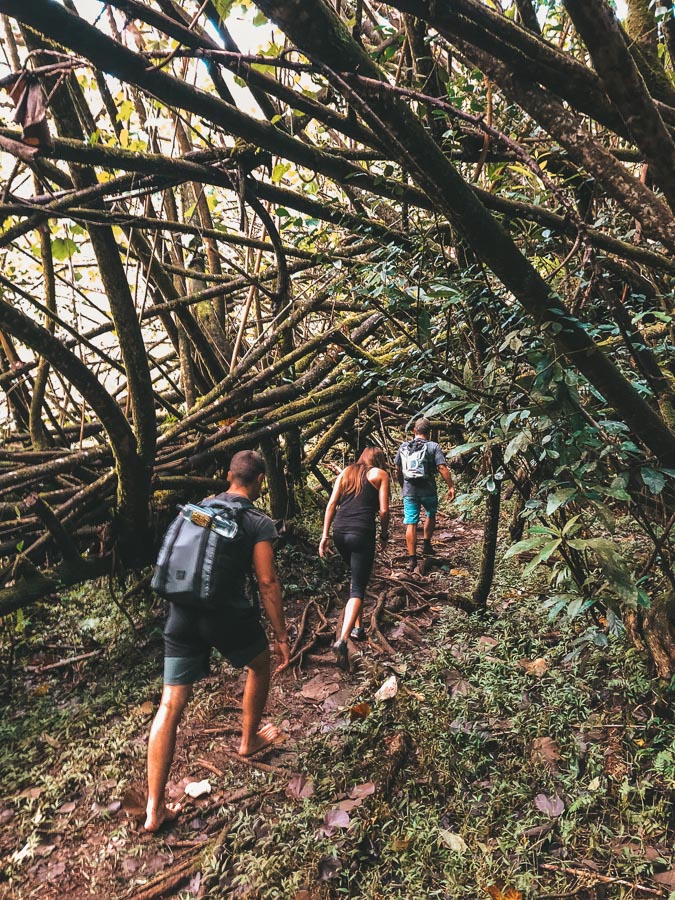 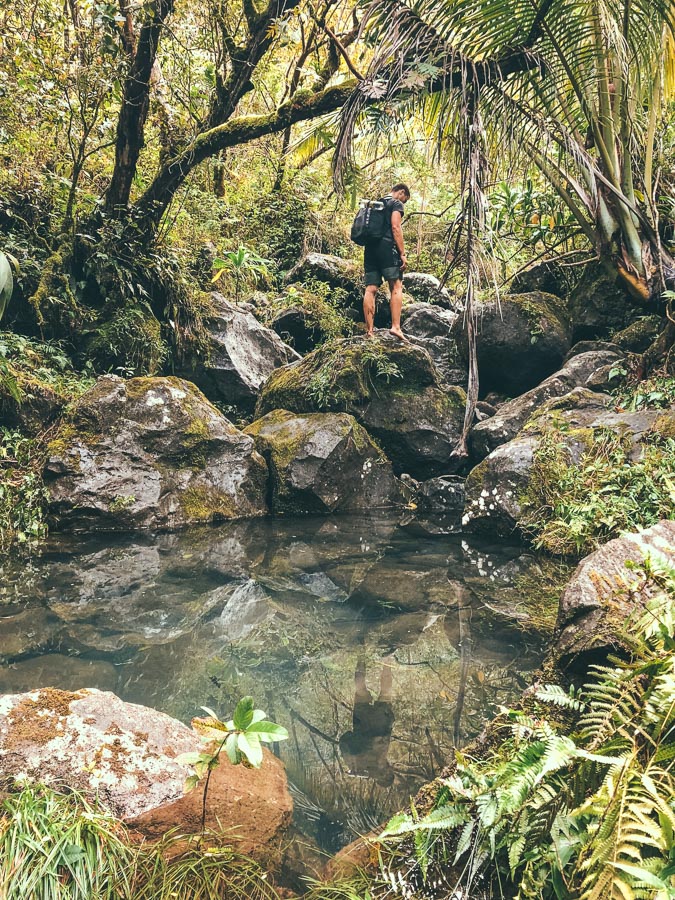 The trail was incredibly diverse and the trees, flowers, plants, and roots captivated me throughout the trail. 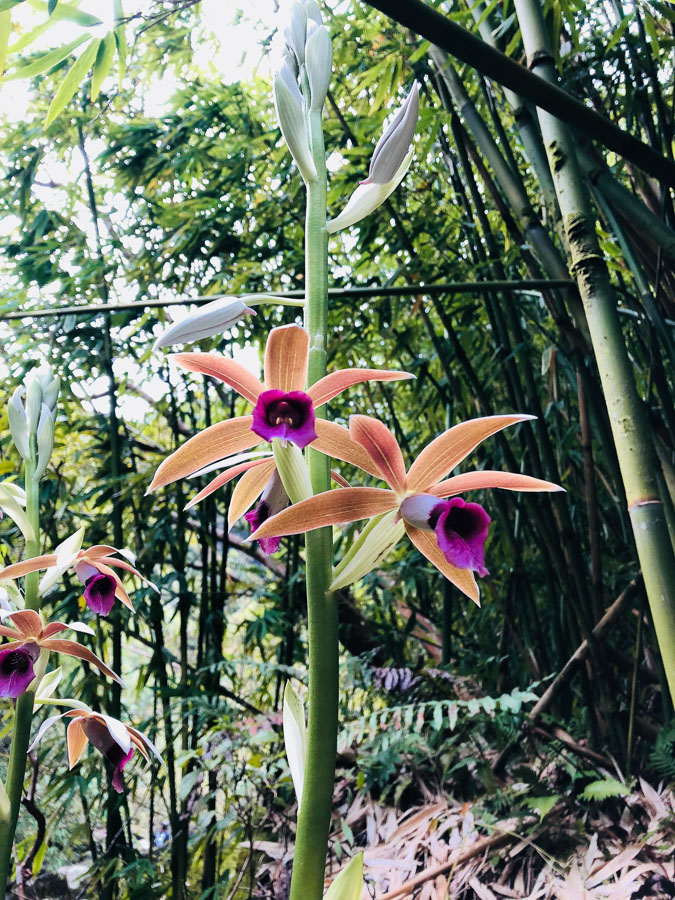 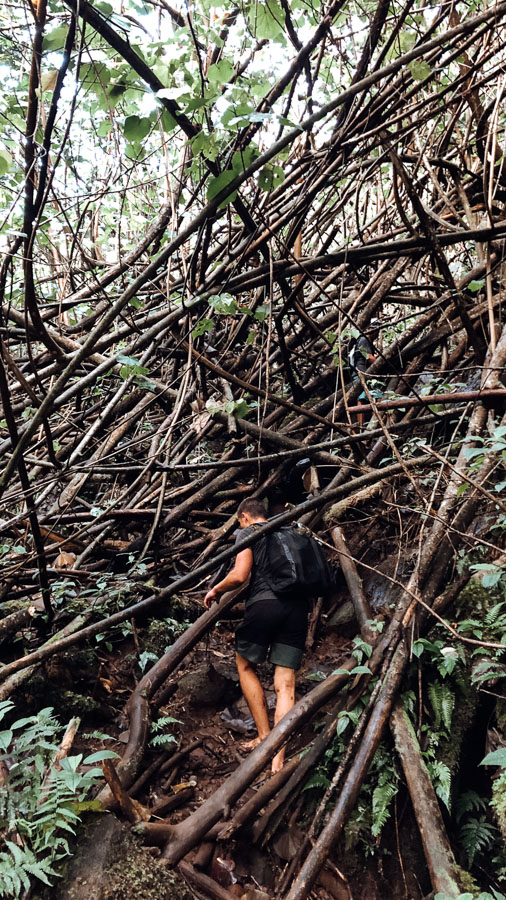 Tangled on the trail

The Makaleha Falls Trail finally ‘ended’ with views of multiple falls gushing down the side of the mountain. However, this isn’t the ‘real’ end of the trail. 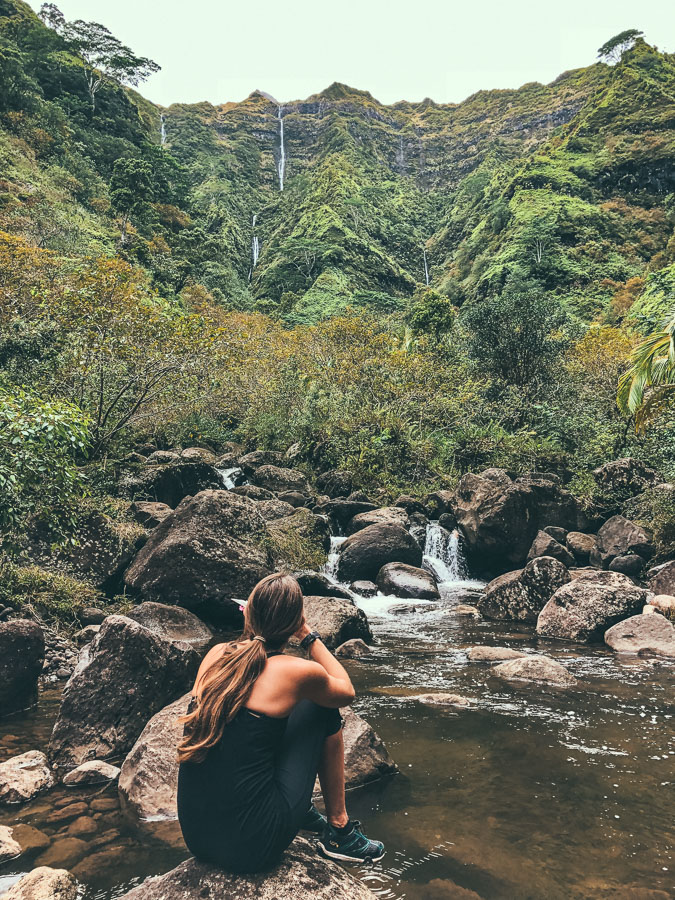 A wall of falls

Continue on along the stream and you will arrive at the two-tiered falls. This spot was nestled in a narrow canyon and the water was beyond freezing! It’s a handy little area for cliff-jumping but definitely check the water for debris or rocks first! 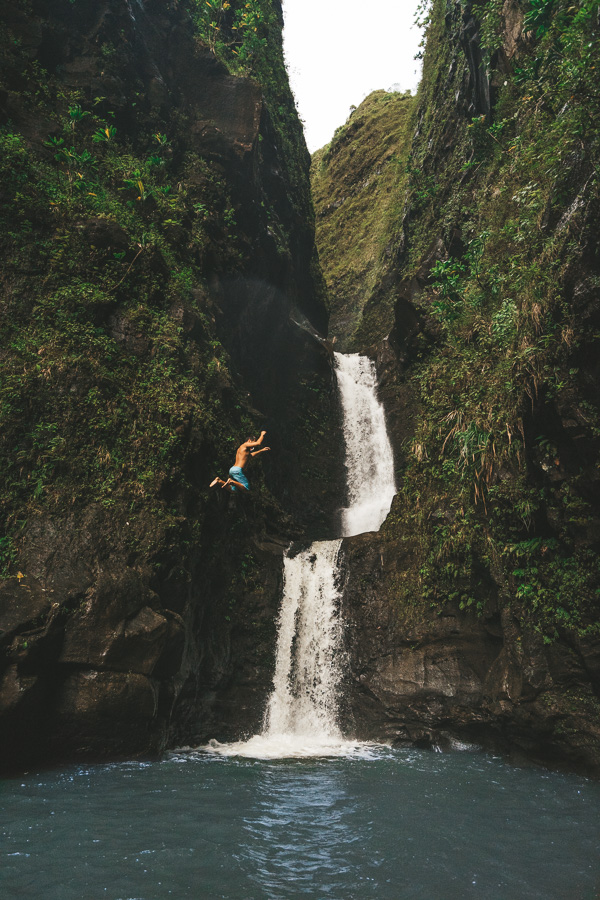 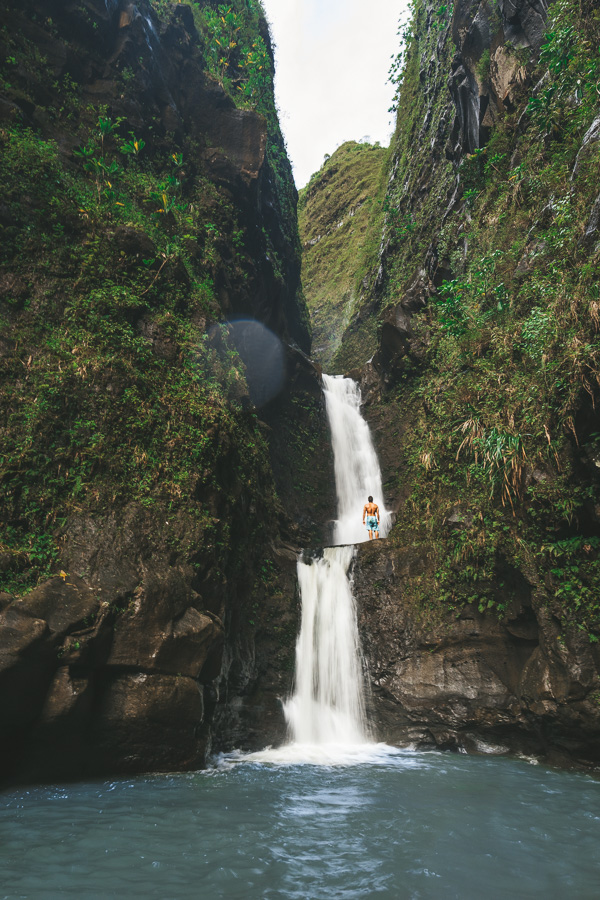 Scaling to the second tier of Makaleha Falls 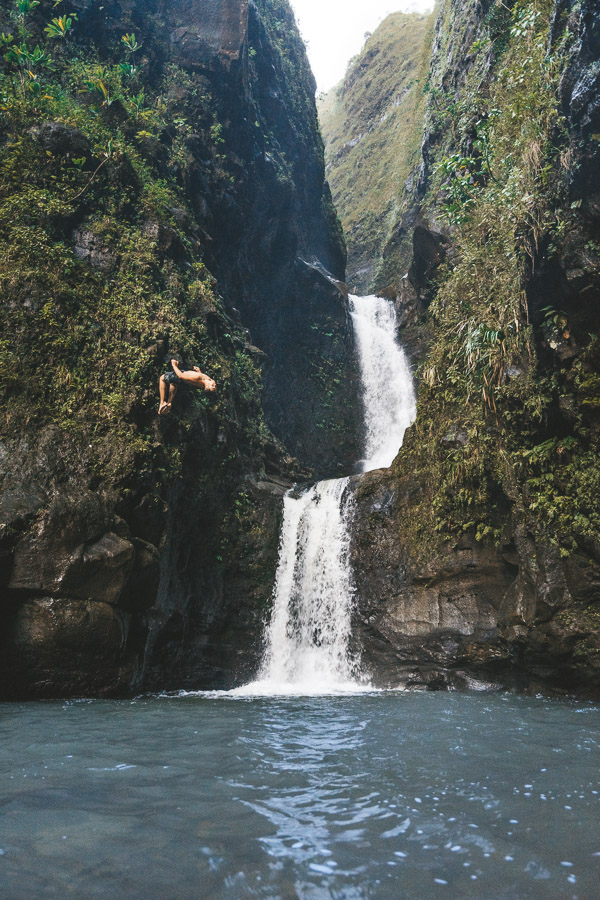 8 stunning trails you need to hike in Hawaii

The Most Scenic Hikes in Hawaii