Herring: the little fish that divides opinions. The Dutch love it and guzzle it down whilst swinging it above their mouths. Tourists? Not so much. It’s a must-try, a novelty, but also a hilarious sight when you see someone try the slimy fish for the first time. They either love it or hate it. But why do the Dutch eat so much herring? Why this particular little fish? Let’s dive in, shall we?

A staple dish since the Middle Ages 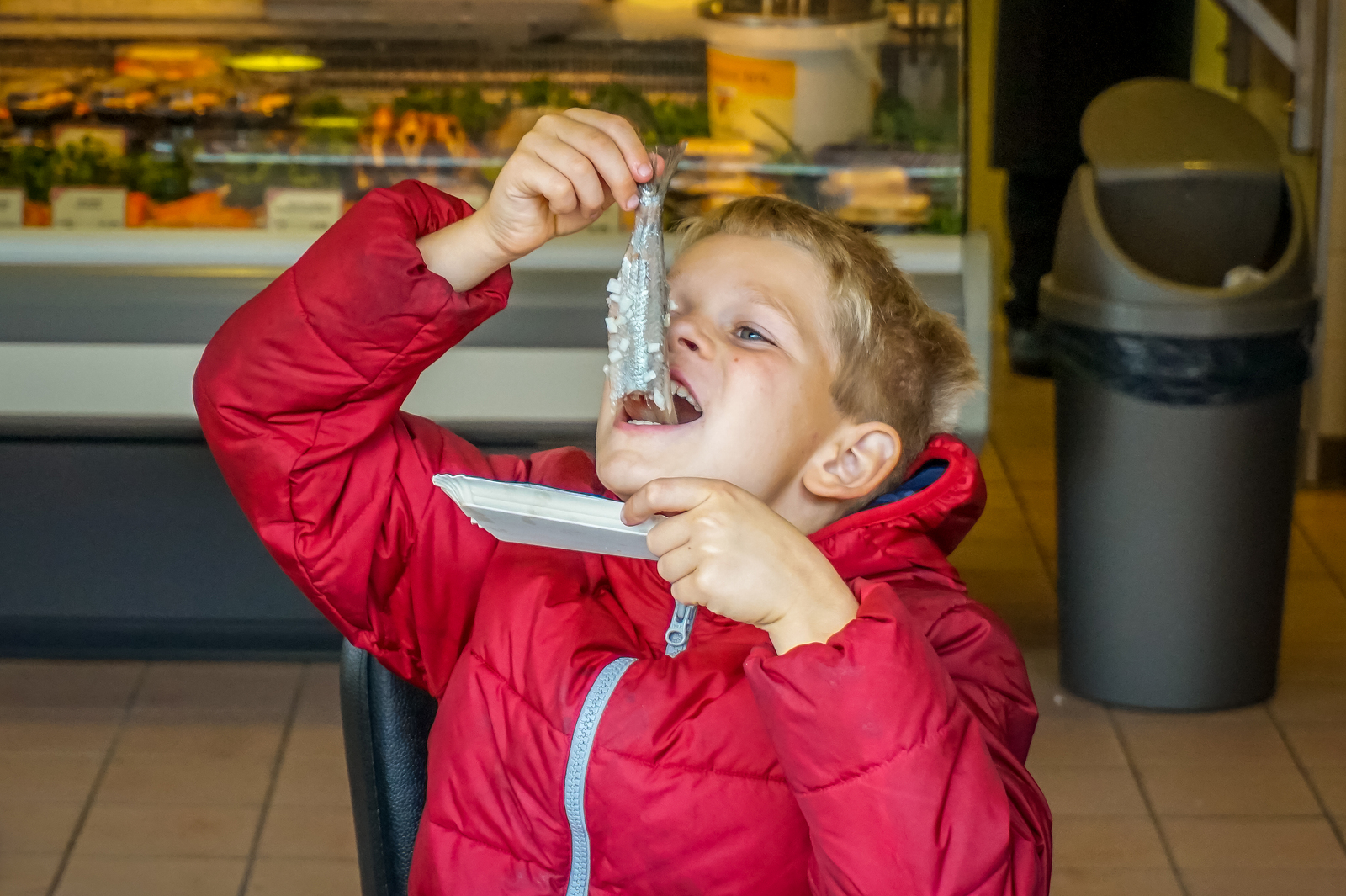 That’s right, it’s not a traditional Dutch food for nothing, Dutchies have been gobbling down these little fish found in the North Sea for ages and the dish itself has been a staple since the Middle Ages! Historically, a big part of the Dutch economy revolved around the fish trade, and as herring moves in large schools around shallow coastlines, it’s an easy catch for fishermen.

At some point in the Middle Ages, the Dutch began to smoke and salt the fish so that it could be preserved and transported across Europe. Later, in the 14th century, vinegar was added to the process and then herbs and spices were thrown into the mix, creating the brine variety that is still used today in the Netherlands.

Notice that we mention that it is brined/cured, so it’s not actually raw, despite popular belief. Herring is partially gutted when caught and then salted and frozen for a minimum of two days to prevent parasites. It’s partially gutted as the pancreas is left in, as its enzymes mature the fish and develop its flavor. It’s further cleaned and prepared at the herring stalls on the market or at the fishmongers.

Herring season is year-round, but the flavour of the fish varies according to the time of year and corresponding fat content. The fish lose some of their fat in the winter. The best time of the year to eat herring is around June / July time when Hollandse Nieuwe is available. This is herring caught between the middle of May and the end of June, making it just right in terms of fat content. Before this period, the fish isn’t fatty enough and afterwards, it is too fatty.

To be called Hollandse Nieuwe, the herring must have a fat content of at least 16 per cent and must be prepared according to traditional methods. Additionally, herring can only be sold as Hollandse Nieuwe after an officially sanctioned day, somewhere at the beginning of June, which changes each year. To do so before this date would land you with a hefty fine of thousands of euros.

Festival for the tiny fish

Herring is so popular in the Netherlands that each year it gets its own festival known as Vlaggetjesdag (Flag Day). On this glorious day in June, Dutch flags decorate boats and the first herring catch is brought to shore. All of The Hague heads out to the coastline to taste the first Hollandse Nieuwe herring of the season.

The first vat of fish is always auctioned off, and profits go to a charity. In 2016, the vat of herring was sold for 90.000 euros. The day is filled with marching bands, old Dutch children’s games and traditional Dutch trades being demonstrated especially for the event.

How do you eat herring? 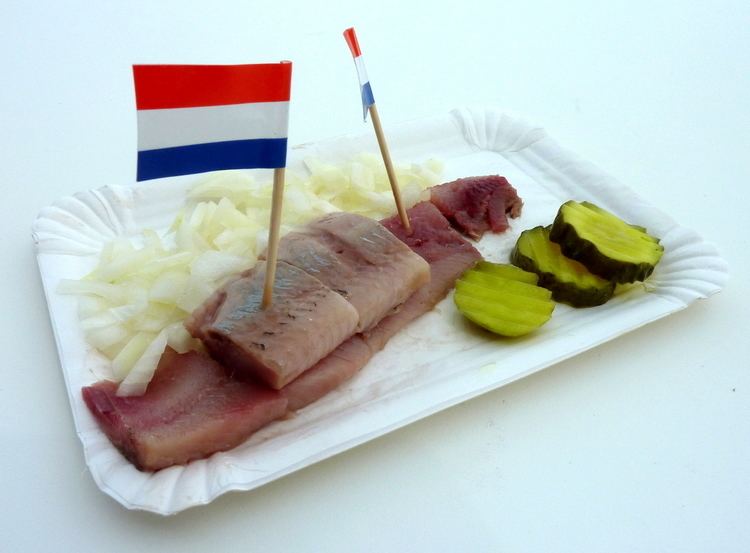 There are several ways to eat herring and it really depends on where you are when you try the delicacy. If you want to do it like a local, grab the herring by its tail and hold it above your mouth, your head will need to be tilted back for this, then take a bite! The herring will most likely be served with onions, this used to be done to neutralise the strong taste.

There is another way you can eat herring. In Amsterdam, they have their own way, namely chopped into smaller pieces and with onions and gherkin slices. Amsterdam does it this way, as the Dutch city used to be the centre of herring trade, but often poor families couldn’t afford a whole fish, so they were sold in pieces.