While its charming tulip gardens, quaint canal-laced towns, and Dutch-style homes are beloved by tourists, much of the action in the Netherlands is concentrated in its top 10 most populous cities. Many of the bigger cities in the Netherlands still hold on to their old-fashioned charm, while others have embraced modern and industrial-style architecture. From the metropolises of the Randstad (a densely populated arc of cities in the western Netherlands) to the industrial cities of the south—as well as outliers to the north and east, the cities of the Netherlands have a lot to offer to visitors.

Here Is A List Of The Largest Cities In The Netherlands.

The capital of the Netherlands, Amsterdam is the most populated city in the country. Home to over a million inhabitants it shares the province with other major cities such as Haarlem and the city of Zaanse Schans. While you wander in this iconic city’s cobbled street lined with canals you will be drawn to its beauty. There is no doubt that it is one of the most popular tourist destinations in Europe and rightfully so. With a youthful vibe and welcoming population, this liberal and cosmopolitan city has some atmospheric cafes and restaurants. There are several world-class museums one can enjoy such as the Rijksmuseum, Van Gogh Museum, and Anne Frank House. 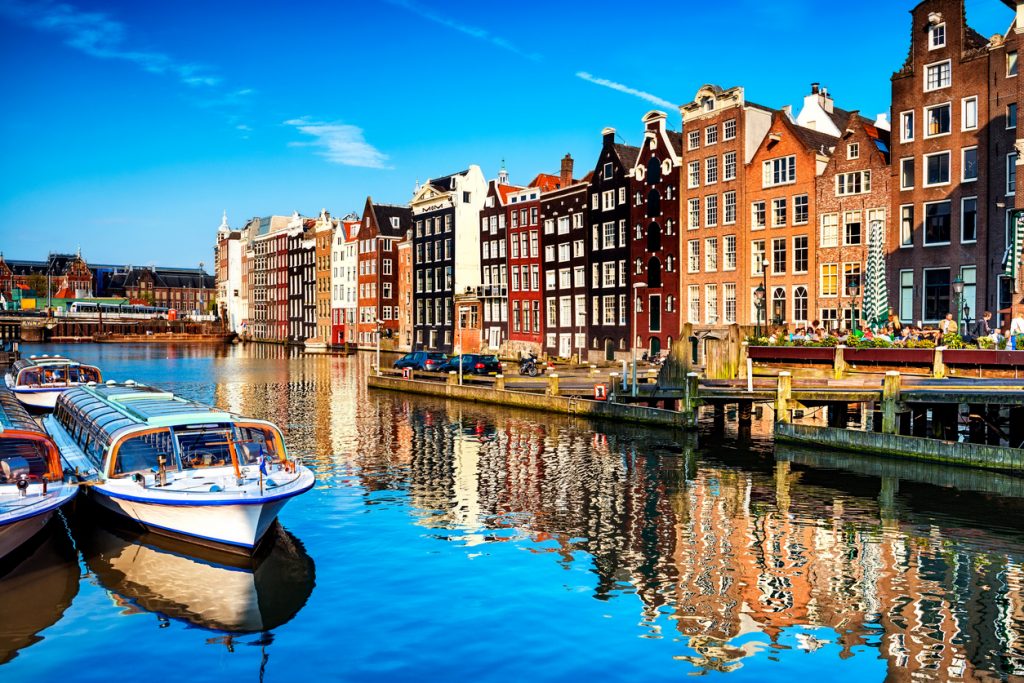 Located on the banks of Nieuwe Maas River and a rival to the city of Amsterdam when it comes to popularity, is the number two metropolis Rotterdam. Rotterdam is a city that is overflowing with history and culture. It’s home to one of the biggest and busiest ports on earth, with numerous waterways and canals crisscrossing the city. Surrounded by opulent modern architecture Rotterdam is a lively and diverse place, with great museums, cultural attractions, and of course, fantastic dining and drinking options befitting of such a large metropolis. 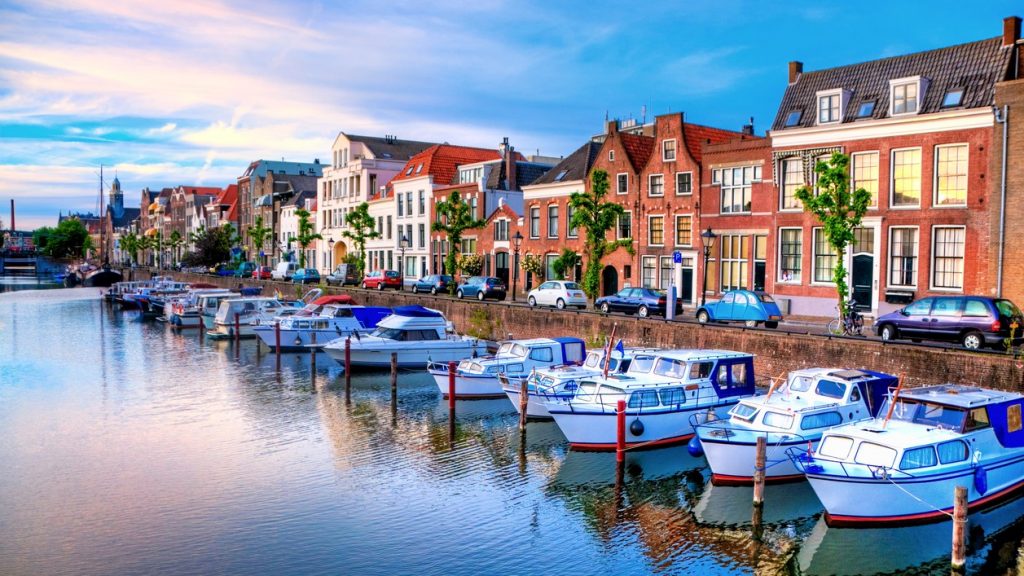 The hub for both Dutch politics and international law, the city of Hague not only holds the traces of its 13th-century history but is where history is still made. The city has a stately air and is filled with diverse attractions. This city hosts the beautiful 15th-century Grote of Sint-Laurenskerk church, notable for its stained-glass windows. One can also explore the majestic old homes that once belonged to the aristocracy. Be sure to visit the Knight’s Hall, or Ridderzaal, a huge medieval hall that’s been immaculately preserved. 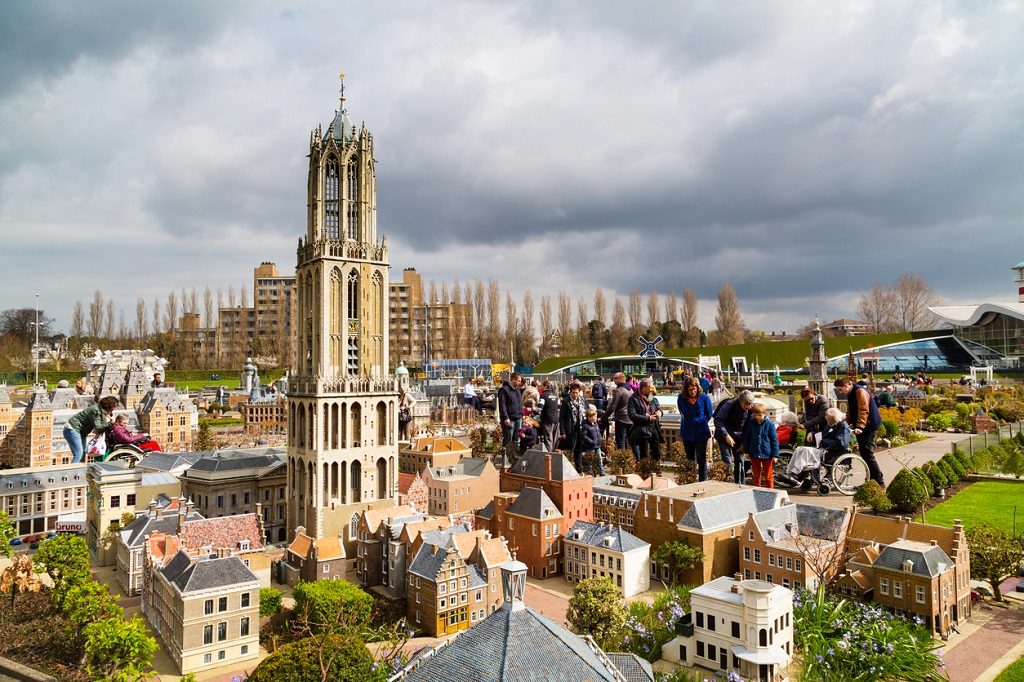 With a population of 350,000 Utrecht is the fourth largest city in the Netherlands. Located in the eastern portion of the Randstad, the city of Utrecht is a popular spot among tourists who enjoy the unique quaysides of its picturesque canals. The top attractions of the city are the St. Martin’s Cathedral, Domunder which is the remains of the old Roman fortress upon which the city was built. Other must-see attractions in Utrecht include Museum Speelklok, dedicated to musical clocks; the Centraal Museum, which houses the city’s collections of art and artifacts; and the Railway Museum, with its displays of old engines and rolling stock. 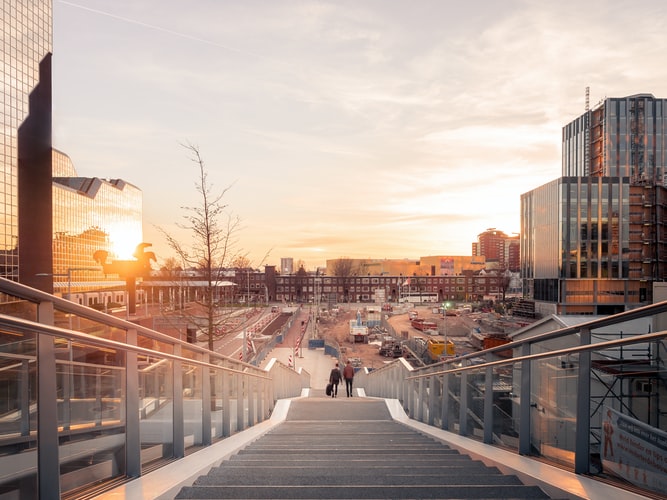 Famous as the birthplace of electronics firm Philips, Eindhoven offers plenty of fun things for travelers to do. Home to Van Abbemuseum a gallery housing important works of modern art by the world’s leading artists, including Pablo Picasso making it a haven for art lovers. Also, the village Nuenen is only a few minutes away from here and it was made famous by Vincent Van Gogh, who not only painted scenes depicting the locale but also lived here for a short period. 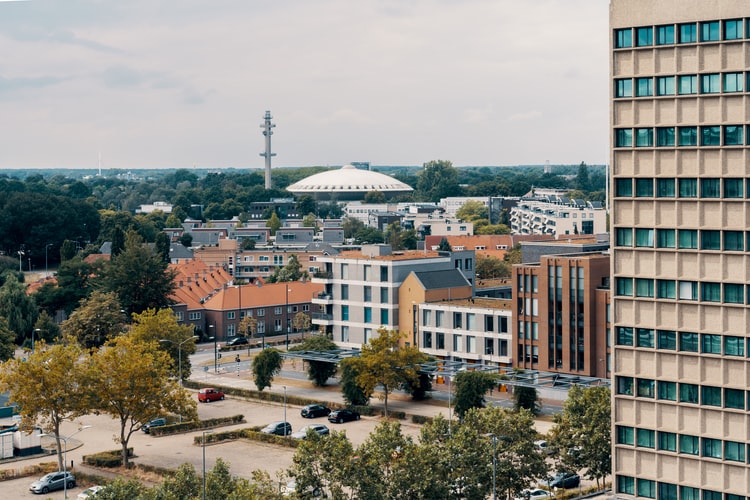 Located in the southern province of North Brabant, Tilburg is a city full of creativity and innovation. The city is thriving with local businesses and street art and on a sunny day, it’s a perfect city for a stroll. As a former hub of the textile industry, it boasts the country’s only dedicated textile museum. 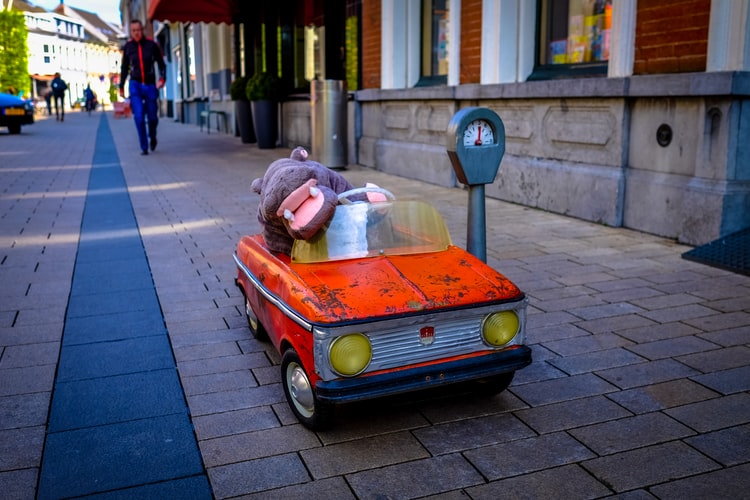 Located in a rural and quiet part in the north of the country, Groningen is one of the Netherlands’ most important port cities. This city’s history can be traced back hundreds of years to a time when it was granted rights to mint its coins and became an important trading hub. An eclectic range of architectural styles can be found in the center, due to the rapid rebuilding of the city after it was almost completely destroyed in the Second World War. These days, this vibrant university city has a reputation for its many cultural opportunities, as well as its lively festival scene. Some of the city’s most popular open spaces regularly host concerts and other events, with one of the most popular being the Noorderzon Theater Festival, held each summer in Noorderplantsoen park. 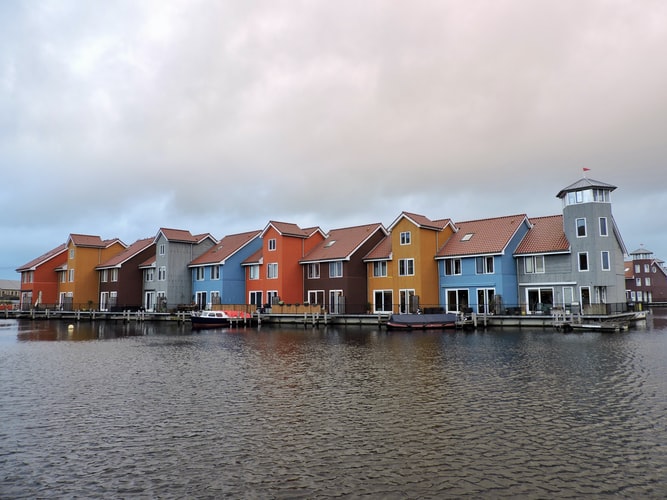 Almere is the youngest city in the Netherlands. This quaint city is not considered a tourist spot but more of a suburb where residents raise kids and commute to their jobs in Amsterdam. The entire province was created in 1968 by draining Lake IJssel to create the largest artificial island in the world. As the population of Amsterdam was booming after World War II, the Netherlands needed more space. Today, Almere is one of the fastest-growing cities in Europe. 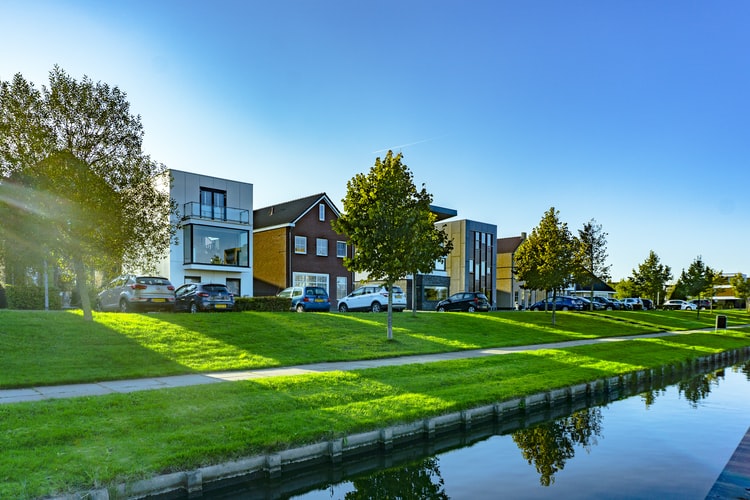 A lovely city to explore on a sunny day, Breda is full of classic architecture. A laidback place with a pretty center, Breda´s main square has an impressive Gothic cathedral that towers over the cafes and shops down below. Serving as the provincial capital this city has more of a conservative character in comparison to other major cities in the Netherlands. Breda is a medieval city with beautiful historic buildings, such as the Grote Kerk, Begijnhof, and Breda Castle. 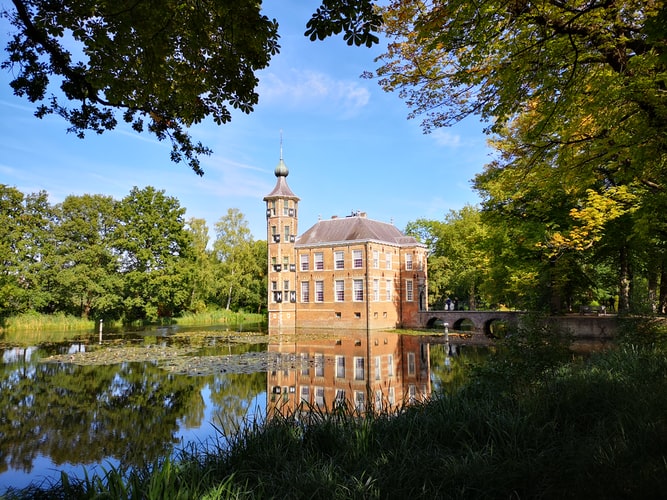 Lying on the banks of the River Waal with a history of over 2000 years Nijmegen may be one of the oldest cities in the Netherlands. Although many of its old buildings were unfortunately destroyed in the Second World War many of them were reconstructed. In 2005, the city celebrated its 2000th anniversary. Enjoy relaxing in front of the old castle at Kronenburgerpark or walk through the ancient Roman ruins at Valkhof park. 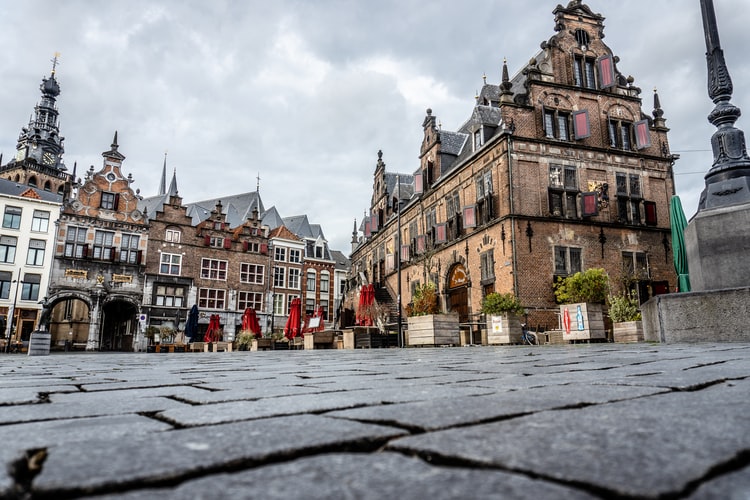 Make Amazing Memories In The Largest Cities Of The Netherlands

Exploring all that the largest cities in the Netherlands have to offer will provide you with lasting memories. It’s an experience that will be laidback, but with a sense of fun. Before you know it, you may find yourself returning time and time again to the Netherlands.