This is the heartwarming moment five elephants were rescued from an abandoned goldmine in Malaysia.

Video shows a digger excavating a ramp before the three adults, juvenile and baby scramble up it and disappear back into the jungle in Pekan yesterday. 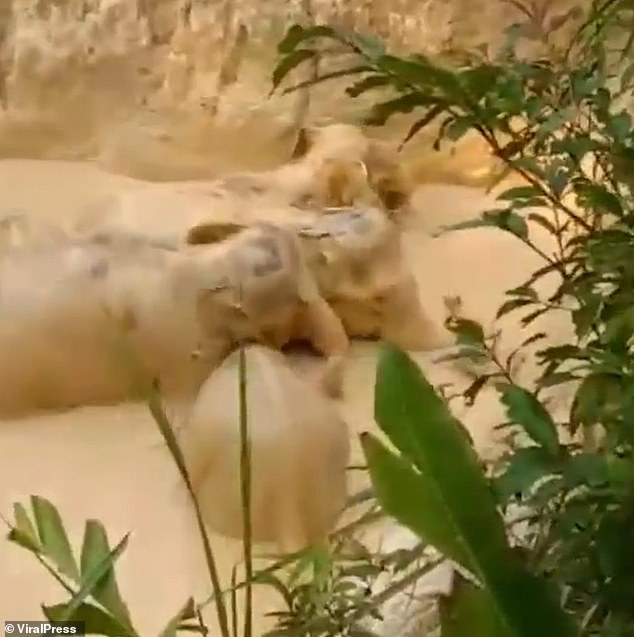 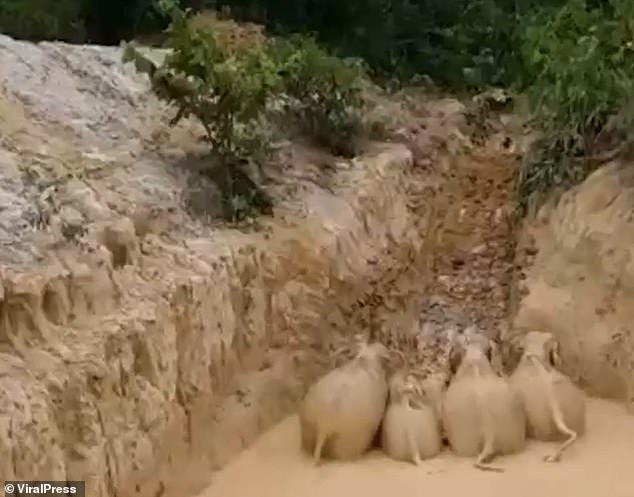 Wildlife officers in Pekan, Malaysia, dug a ramp for the animals to escape up 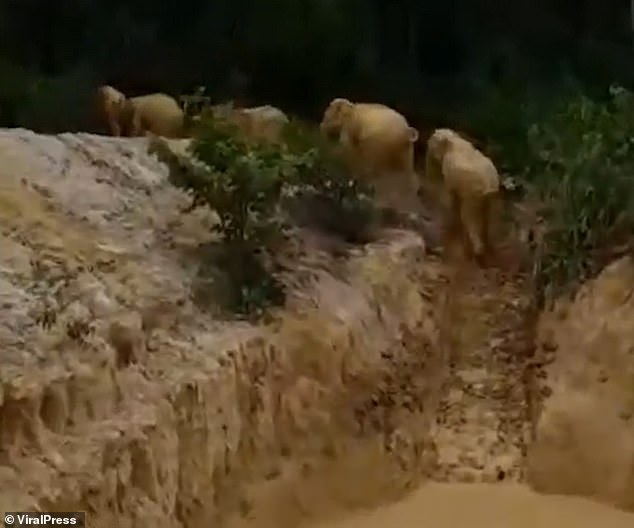 Footage shows the five elephant huddled together in the hole with steep sides, which is filled with water, as a digger cuts out an escape route.

Once complete, the officials started shouting at the elephants which moved towards the ramp.

The largest elephant, possibly the group leader or matriarch, is first to stumble up the ramp before the others scamper after her.

The Department of Wildlife and National Parks Peninsular Malaysia (Perhilitan) said they received the emergency call in the morning and rushed to the area.

Director Rozaidan Md Yasin said: ‘Four officers who were checking the scene found that the elephants could not come out because of the muddy area. 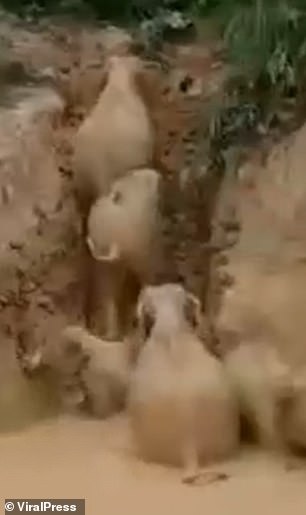 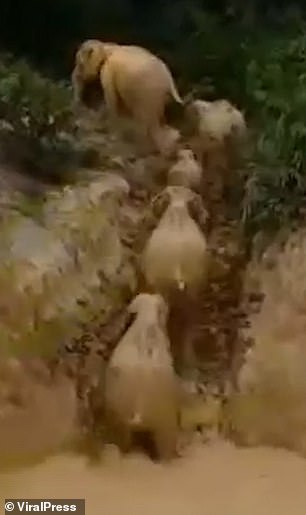 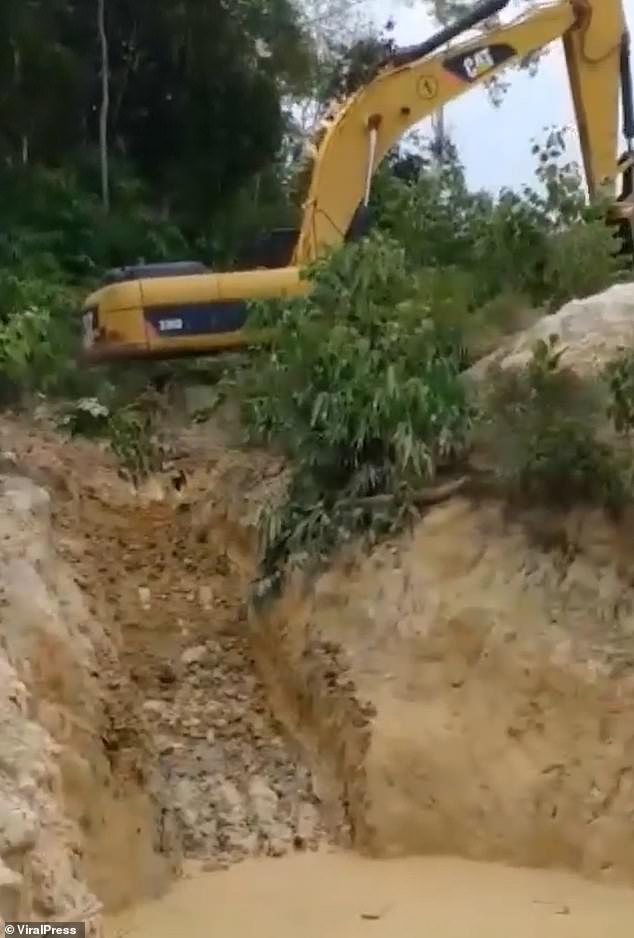 It took six hours to rescue the animals, according to the Department of Wildlife and National Parks Peninsular Malaysia

‘The four officers found out that the path was too steep for the elephants to escape.

‘We had to ask for help from a nearby mining company to use their excavator to dig and make way for the elephant.

‘The rescue operation took six hours in total. It was completed at 6pm and the elephants were healthy. They returned to the jungle.’