This is the sad moment a wild elephant calf took its first trembling steps to a safe shelter in India after it was separated from its dying mother.

The five-month-old was found crying and wandering around a coffee plantation in Chinnakanal town near Munnar in Kerala.

When locals found it, the young animal seemed to be frightened of the unfamiliar surroundings.

A team of forest officials ascertained that there was a herd of six elephants including two calves located a kilometer away. 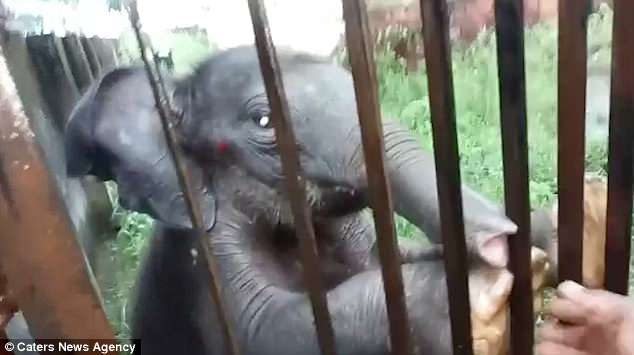 This five-month-old elephant calf was found crying and wandering around a coffee plantation in Chinnakanal town near Munnar in Kerala, southern India 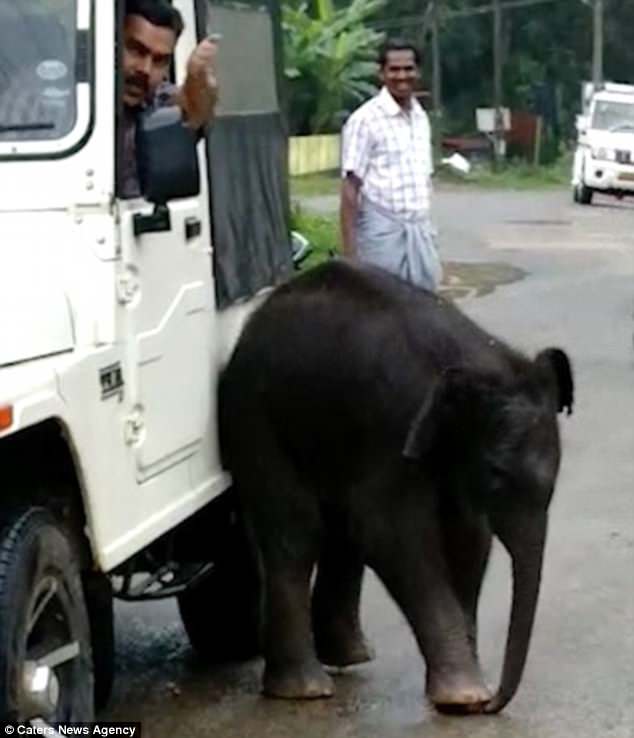 When locals found it on Tuesday, the young animal seemed frightened of its surroundings

However, when the officers took the calf to the herd to ‘reunite’ them, they did not accept it – and the calf didn’t appear to recognize the herd either.

The baby elephant was placed in a safe cage as rangers patiently waited for its mother. But when she did not turn up, a patrol was sent out to find her.

It was then that they stumbled upon the carcass of its lactating mother.

Nibu Kiran, Devikulam Range Office said: ‘My team of officials was informed about the calf on Tuesday. They reached the spot, rescued the elephant, and placed it in a temporary holding cage. It was fed liquids.

‘We waited for its mother and tried to identify the herd that the calf belongs to and reunite them. Two separate elephant herds were roaming in the area and we tried to ascertain if it belonged to any one of them. 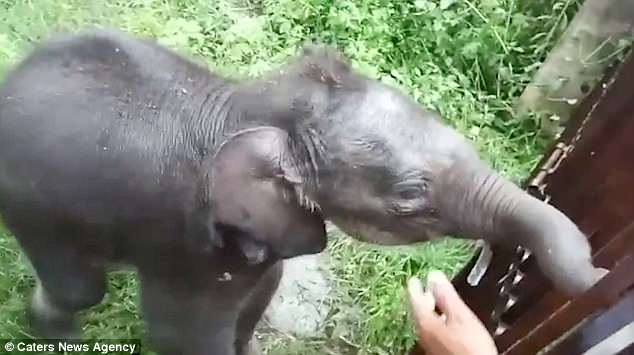 A team of forest officials ascertained that there was a herd of six elephants including two calves located a kilometer away. But when they tried to ‘reunite’ the baby with them, they seemed unfamiliar with each other

‘A herd of elephants came closer to the cage during the last feeding, at 10:30 pm, but they did not show any signs of acceptance. None came forward to accept the calf. Above, the baby before it was taken into care by locals. A forest patrol later found the carcass of its lactating mother

‘We had to bring it to a safe shelter and so we have shifted it to the range.’

Dr. Abdul Fatah, a veterinary doctor from Periyar Tiger Reserve, reached the spot and checked the calf to ensure it was healthy.

‘The five-month-old calf has no health issues,’ the doctor said.

Chinnakanal and Anayirankal areas are among the main man-animal conflict areas in Munnar. Elephant paths have largely been destroyed in the area, affecting the smooth movement of the wild elephants, said forest officials.

Munnar, a popular tourist destination, is known for its breathtaking coffee plantation, and its surrounding region is known for frequent man-elephant conflicts.

The locals are no strangers to wild elephants wandering into villages and towns.

There have been instances when the elephants have created traffic snarls by blocking roads and sometimes even destroying shops and cars.

By NICK ENOCH FOR MAILONLINE