A swimmer’s dip in the ocean took a heartwarming turn as a pair of killer whales separated from their pod to greet him.

Logistics marketer Steve Morris was snorkelling with some friends in the Bay of Plenty near Bowentown in New Zealand when he spotted a pod of eight orcas nearby on Sunday, April 18.

Incredible underwater footage shows one of the apex predators suddenly appear in full view and stare right at the 46-year-old, before quickly slipping away.

The killer whale then returned with another member of its pod and the curious couple hovered in the ocean observing Steve.
The seasoned swimmer said the encounter was ‘the best day’ and something he’d ‘dreamed about’ since he started swimming. 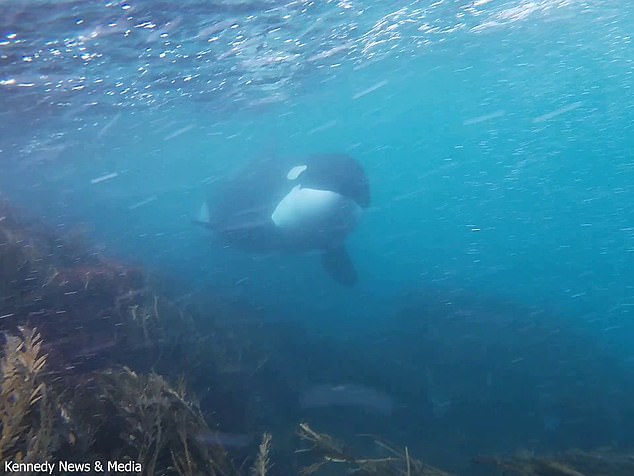 ‘The orca were extremely close, barely a metre away. I have never seen this face to face interaction before but I have dreamt about it,’ he said.

‘I had no fear but certainly respected them as they are powerful wild animals after all.’ 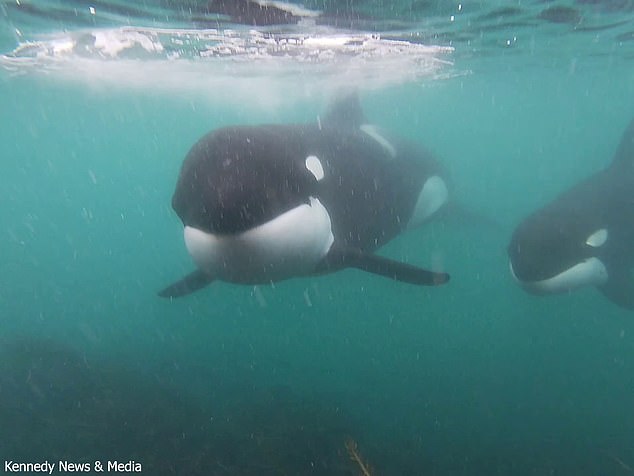 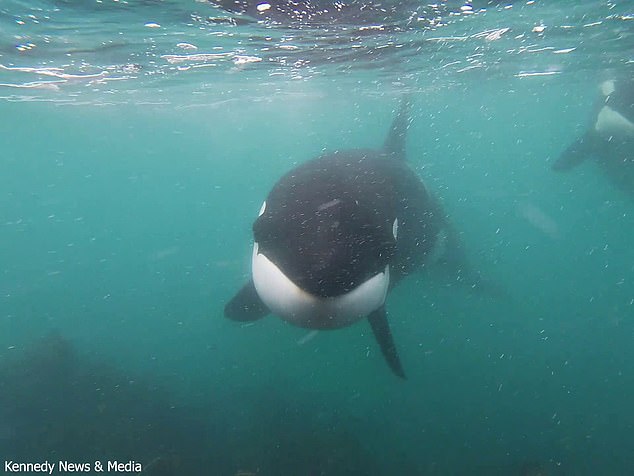 Steve can be seen waving back at the pair before they speed off back to their awaiting pod.

‘At first when I saw the two break away from the rest of the pod it was a bit unnerving,’ he said.

‘But when I realised they had just come to say hello, I just enjoyed the experience.’

He said his friends were watching the other members of the pod as he hovered with the gentle orcas in the ocean.
‘I have been ocean swimming in the area for about 10 years and have only seen orca twice before, but never this up close and nowhere near as magical,’ he said. 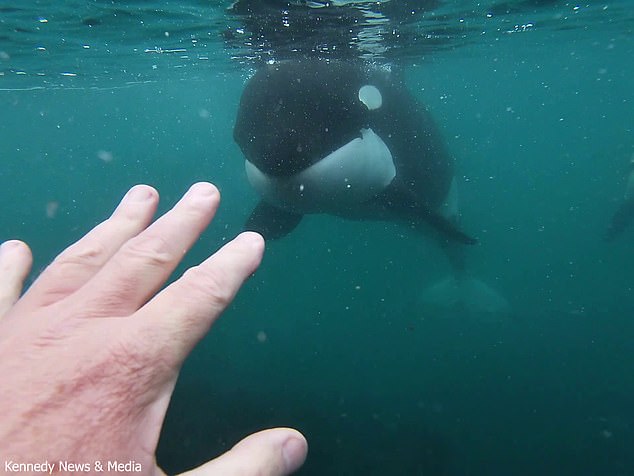 The Marine Mammals Protection Regulations 1992 state that to harass, disturb, injure or kill marine mammals can result in a maximum penalty of two years’ imprisonment or a fine to a maximum of NZD$250,000.

The marine animals including seals, sea lions, dolphins and whales are protected under the legislation.

One Day In Christchurch – 5 Things To Do