Grieving elephants have been seen carrying the body of a dead calf across a road, in scenes reminiscent of a ‘funeral procession’.

The heartbreaking footage shows an Indian elephant walk out of the undergrowth holding the baby’s lifeless body, before being followed by at least eight others.

It was uploaded to Twitter by Indian Foreign Service forest ranger Parveen Kaswan. 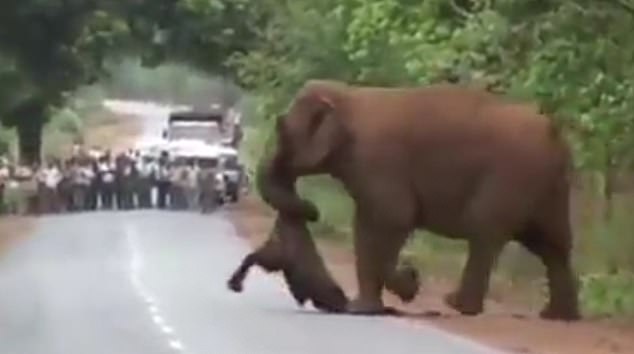 Grieving elephants have been seen carrying the body of a dead calf across a road, in scenes reminiscent of a ‘funeral procession’. (Pictured) An elephant, possibly the mother, is seen carrying the corpse across the road 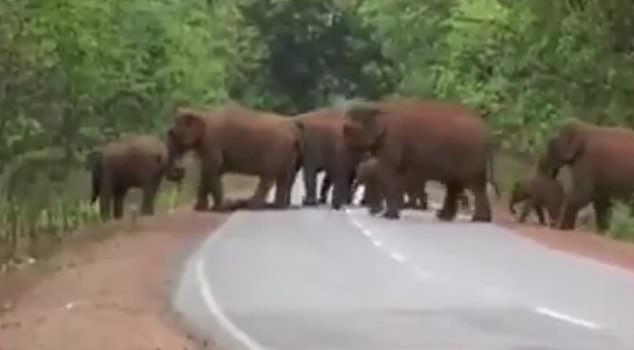 Distressing footage shows an Indian elephant, possibly the calf’s mother, standing at the side of the road before laying down the motionless carcass.

She is joined by at least eight others, including three calves, who walk out of the undergrowth behind her.

The family then moves off, with the adult elephant still carrying the calf’s body.

At the side of the road, vehicles have stopped and a crowd has gathered to watch the distressing scenes.

Posting the video online, Mr. Kaswan tweeted: ‘This will move you! 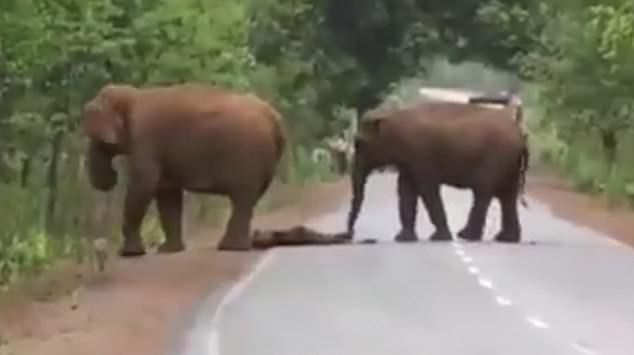 After putting down the body for a short period of time, the elephant that is possibly its mother then picks up the calf again and carries it back into the undergrowth 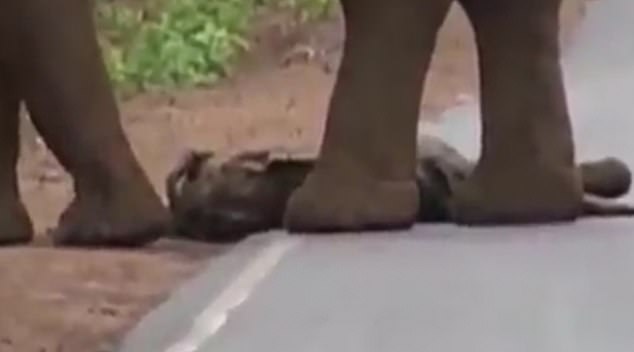 ‘Funeral procession of the weeping elephants carrying the dead body of the child elephant.

‘The family just don’t want to leave the baby behind.’

It is not known how the calf died.

By: LUKE ANDREWS FOR MAILONLINE