Turtles come in all shapes and sizes, but when most people think of turtles, they’re probably imagining tiny little guys swimming around a pond. Turtles can be a bit bigger and bit different-looking, though — and none more so than the matamata. 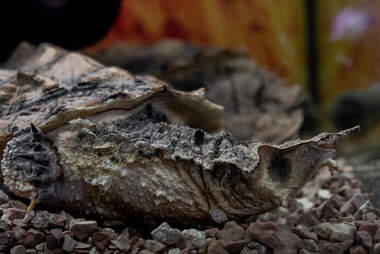 Matamata’s live in South America and can grow to be up to 38 pounds. Definitely not the little pond turtles we’re used to. They can look a little different depending on where they’re found, but in general, they have large wedge-shaped heads, wide mouths and tiny eyes, making them incredibly unusual looking but honestly kind of adorable in a weird way. They look more like giant slugs than turtles, but there’s a reason for it. 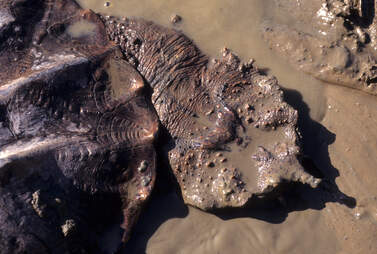 Due to their unusual looks, Matamata’s are able to blend into mud and moss and their other surroundings as a way of keeping themselves safe. In fact, their heads are kind of leaf-shaped, helping with the whole “I’m-not-a-turtle-I’m-just-part-of-the-scenery” illusion. 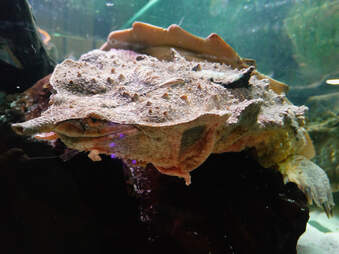 Blending in helps matamatas with their lifestyle because they really don’t move around all that much. They’re fairly sedentary animals, and instead of hunting for their food, they suck up any fish passing by into their mouths like a vacuum.

So basically, these turtles blend in so they can catch fish right where they are and don’t really ever have to move. Honestly, relatable.

Whether they look more like slugs, giant leaves, or just big blobs, the consensus seems to be that matamatas are pretty darn cool.

7 Of The Best Luaus In Hawaii

7 Tips For A Cheap Hawaii Vacation