These threads all hail from Austria, each telling its own unique story about the history of the country and its citizens. Take a look at these special outfits – all now generally extinct, with the exception of fancy dress parties.

This decorative, overtly feminine dress, sported by Maria Von Trapp in The Sound Of Music, is a status symbol of old-school Austria. Made up of a fitted bodice sewn onto a long, flowing skirt, and embellished with lace and frills, it is an incredibly old-fashioned and antiquated piece of attire. It was originally worn by women farm workers during the 19th century in the Alps and was later adopted by women of the upper classes, settling as a high-fashion must-have. Today, it is worn as fancy dress at parties, or at events such as Oktoberfest, however the modern version is much lighter than the original. 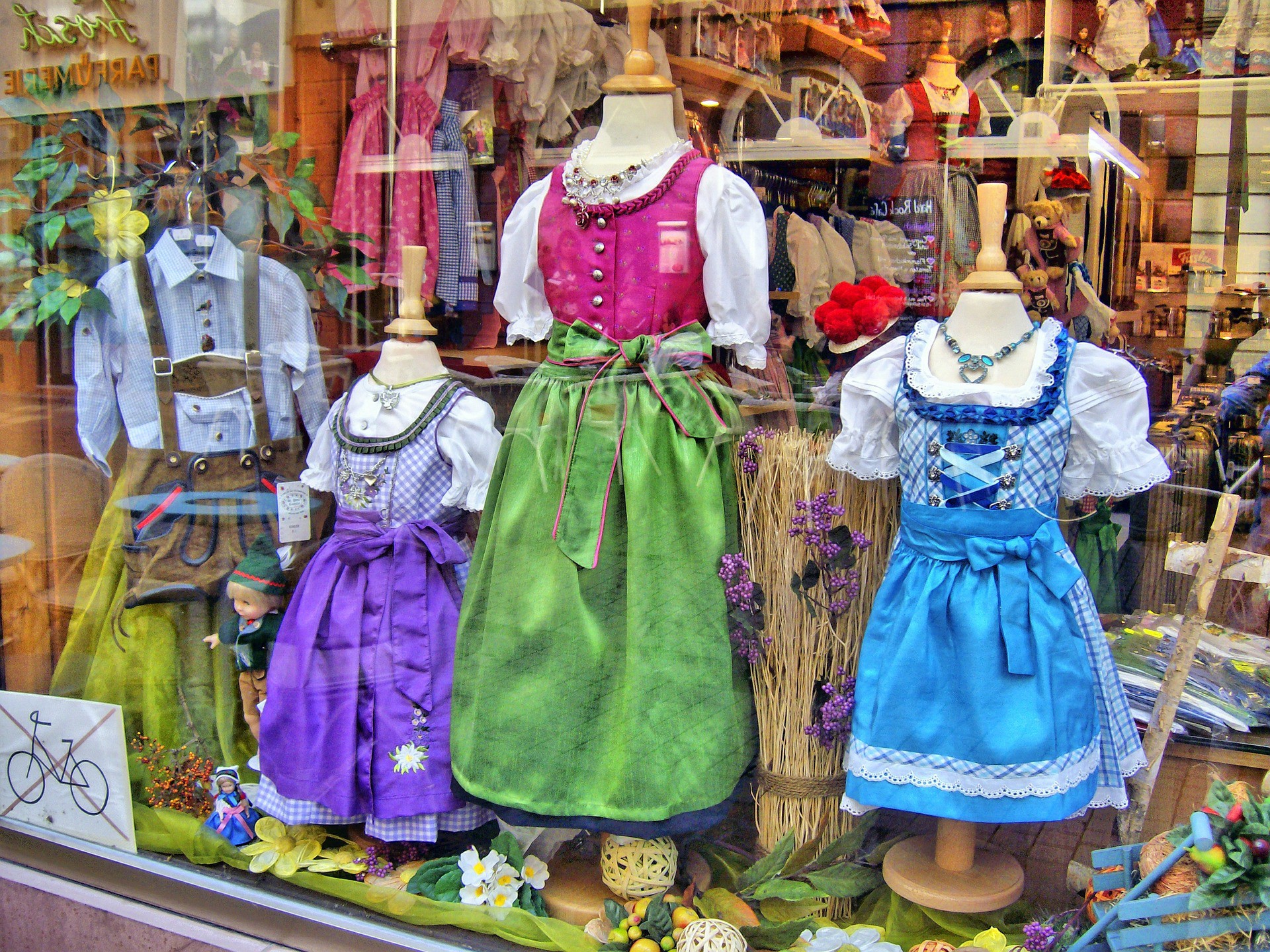 Generally synonymous with bearded men drinking from large tankards of beer, this traditional attire was originally sported by peasants during the 19th century and intended to be worn by those working in the fields embarking on hard manual labour. The leather breeches are often paired with other traditional Austrian attire for men – belts, waistcoats and a Tyrolean hat. Similarly with the drindl, nowadays lederhosen is generally only worn as fancy dress at parties and events, and occasionally by men in Heurigers (Austrian taverns). 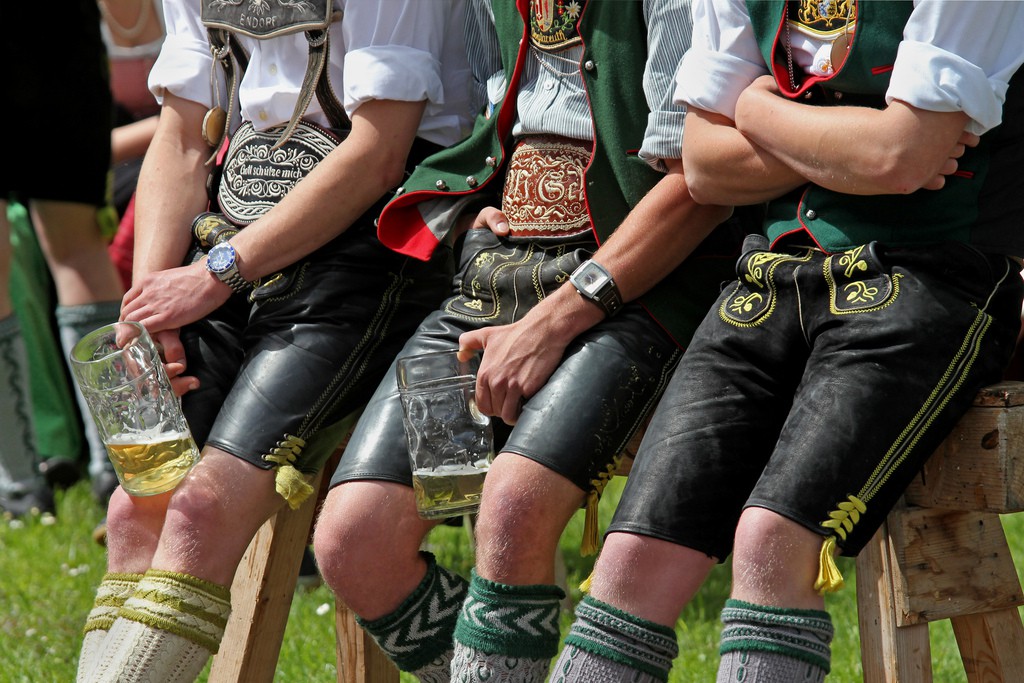 Made of silk and golden threads, with embellished golden hoods and embroidered with sequins, goldhauben were worn by women of the upper classes around Austria and Germany between the 17th and 19th centuries as part of the national costume culture. The production process of the hoods was arduous, requiring meticulous embroidery skills to create the characteristic intricate patterns. Today they are resurrected as part of fancy dress, although today’s replicas are not as lavish as the originals.

Originating from the Austrian town of Styria, this grey, tailored military-style suit with bottle-green lapels was designed in the 19th century and originally worn by those wanting to be rebellious or reject the laws set by the Austrian Imperial Court – resulting in the outfit being banned in 1823. These attitudes were later abandoned and the suit became a popular choice for the Viennese upper classes, with Emporer Franz Joseph I sporting the iconic outfit.

Five Things You Will Love & Hate When You Visit Salzburg

6 Fun Things To Do In Innsbruck