Once an industrialised town that gave birth to the Philips lightbulb factory, Eindhoven is now widely revered as the design capital of the Netherlands.

It’s home to a never-ending swell of creatives, tech startups and entrepreneurs, as well as Dutch Design Week, where innovative works from nearly 3,000 designers are unveiled every October. 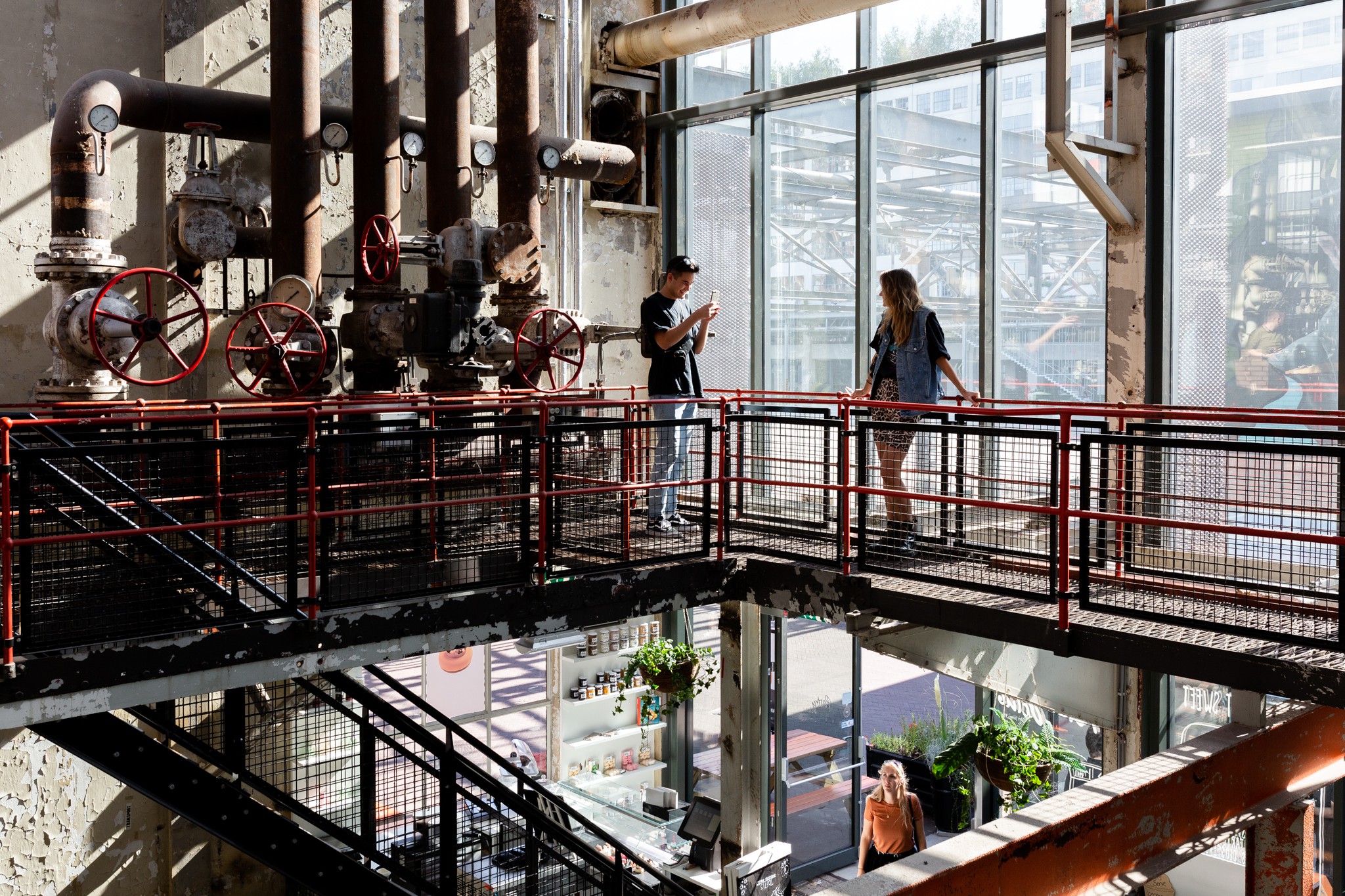 But rewind two centuries, and the area that’s now modern-day Eindhoven was sparsely populated and predominantly agricultural. As the century progressed, the development of Eindhoven Canal and the expansion of the Netherlands’ rail network introduced infrastructure that fostered industrialisation.

Factories were constructed, and what were once distinct villages eventually merged as districts of Eindhoven. The textile and tobacco industries were among those providing employment as the city expanded. One legacy of that early industrial heritage to survive aerial bombardment during World W.a.r II is the former wash house of the Van den Briel en Verster linen factory. The 19th-century building on Dommelstraat – a street named after the river that flows through Eindhoven – now houses a concert hall.

The region was already industrialising by the time Vincent van Gogh immortalised the simplicity of North Brabant’s everyday rural life. From 1883 to 1885, he lived at Nuenen, a 7.5km (5mi) cycle ride from central Eindhoven. The artist’s prodigious output during this time included The Potato Eaters, his first masterpiece.

Another of his great works, The Starry Night, provided inspiration for Eindhoven’s Van Gogh Roosegaarde Bicycle Path, which emits thousands of mood-inducing lights after nightfall. Designed by Daan Roosegaarde in collaboration with Heijmans Infrastructure, the cycle path is part of a project pioneering the use of smart technology on roads. 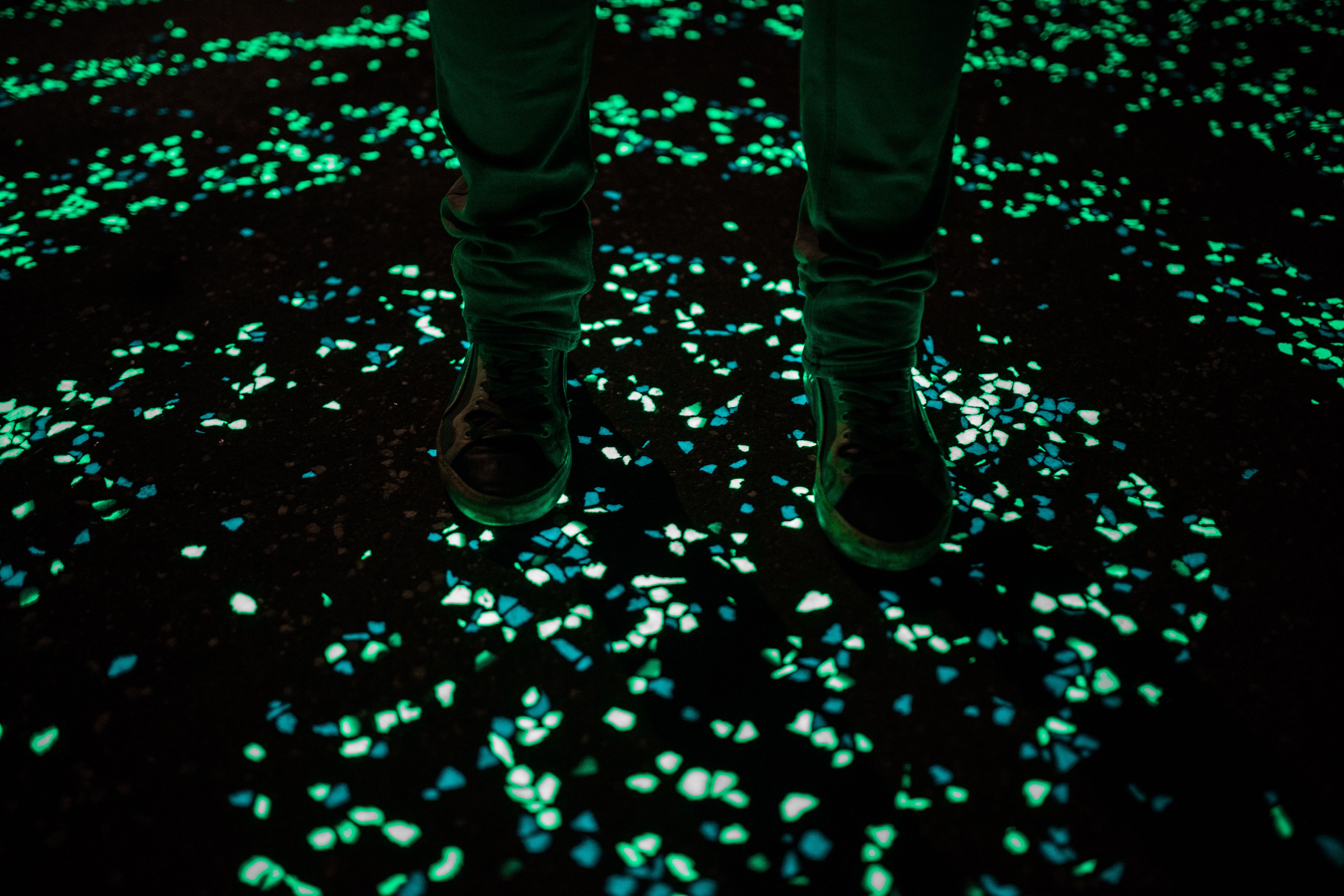 A history of innovation

Eindhoven has an enviable record when it comes to incubating technological and creative talent. Ask locally, and many residents will say that stems from the influence of Gerard and Frederik Philips, who, in 1891, founded the company bearing their family name. The workshop in the heart of the city where they experimented with incandescent lightbulbs has been incorporated into the Philips Museum, where exhibits reveal the history of the conglomerate and illustrate how it continues to launch innovative products impacting everyday lives.

As Philips grew into a major employer, the company invested in Eindhoven. In 1909, it constructed a city-centre factory to make lightbulbs. Known as the Light Tower, those premises have been repurposed into a four-star design hotel with a lobby bar and frequently changing art exhibitions. 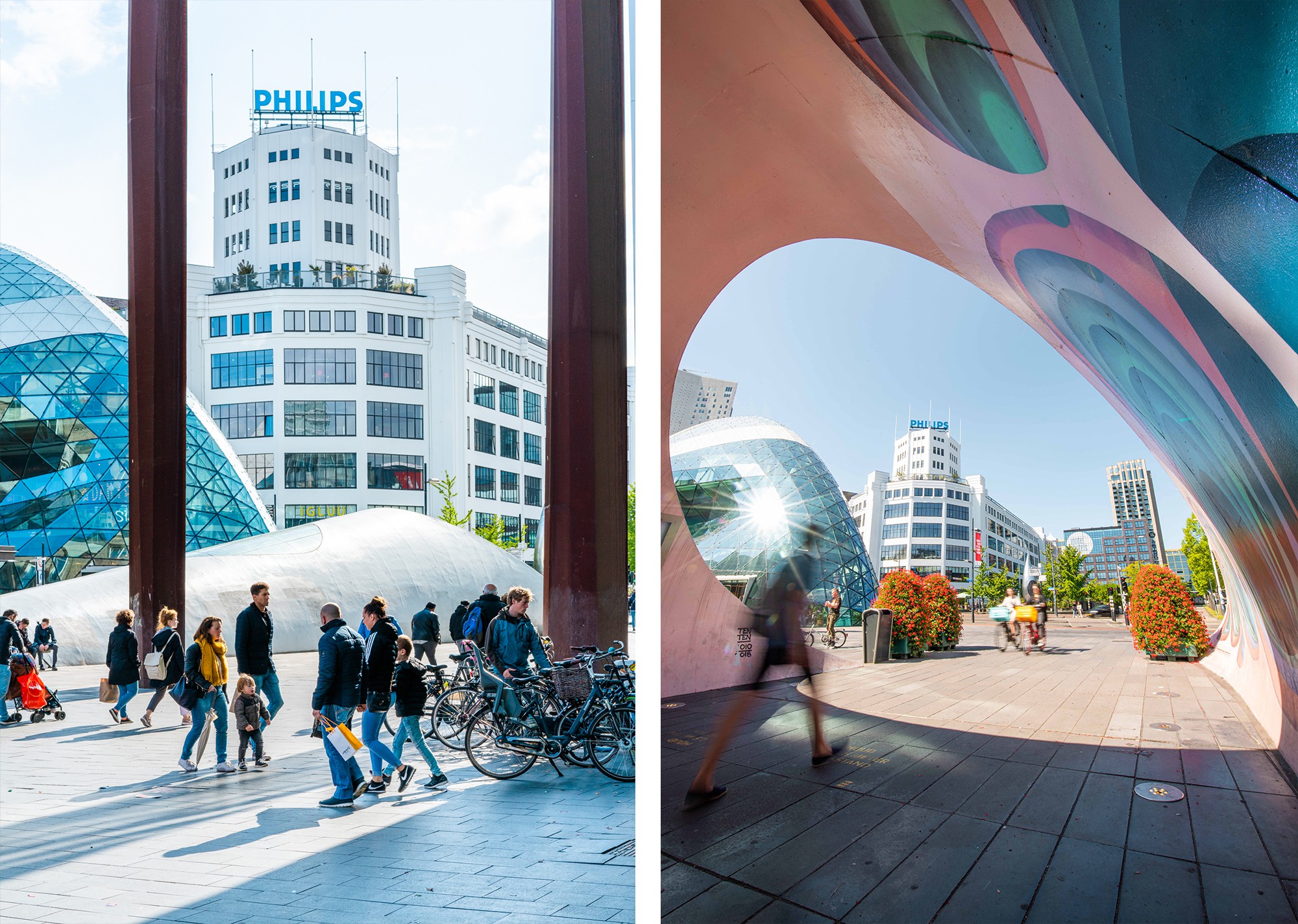 Eindhoven’s nickname, the City of Light, came about due to Lucifer, which produced matches in the city | Left: © Nick Bookelaar | Right: © Twycer

Eindhoven’s nickname, the City of Light, is often thought to have come about because of Philips, but it’s actually from Lucifer, the first company dedicated to producing matches in the city.

The Strijp-S district of Eindhoven was an industrial park once accessible only to Philips employees. Those not permitted to enter Strijp-S nicknamed the area the Forbidden City. Dining in the former power station, now the hip Ketelhuis restaurant (open Wednesday to Sunday), affords the opportunity to sit among the highly Instagrammable remnants of Eindhoven’s industrial heritage.

Factories that produced goods such as televisions and radios in the city are now used for creative and leisure purposes. The Klokgebouw, which dates from 1929 and displays a large clock on its tower, is utilised for office space, a concert hall, a Rock & Roll Hotel and as a base for the Escape Room Strijp-S Eindhoven. It also hosts music events, as well as some of the shows during Dutch Design Week. 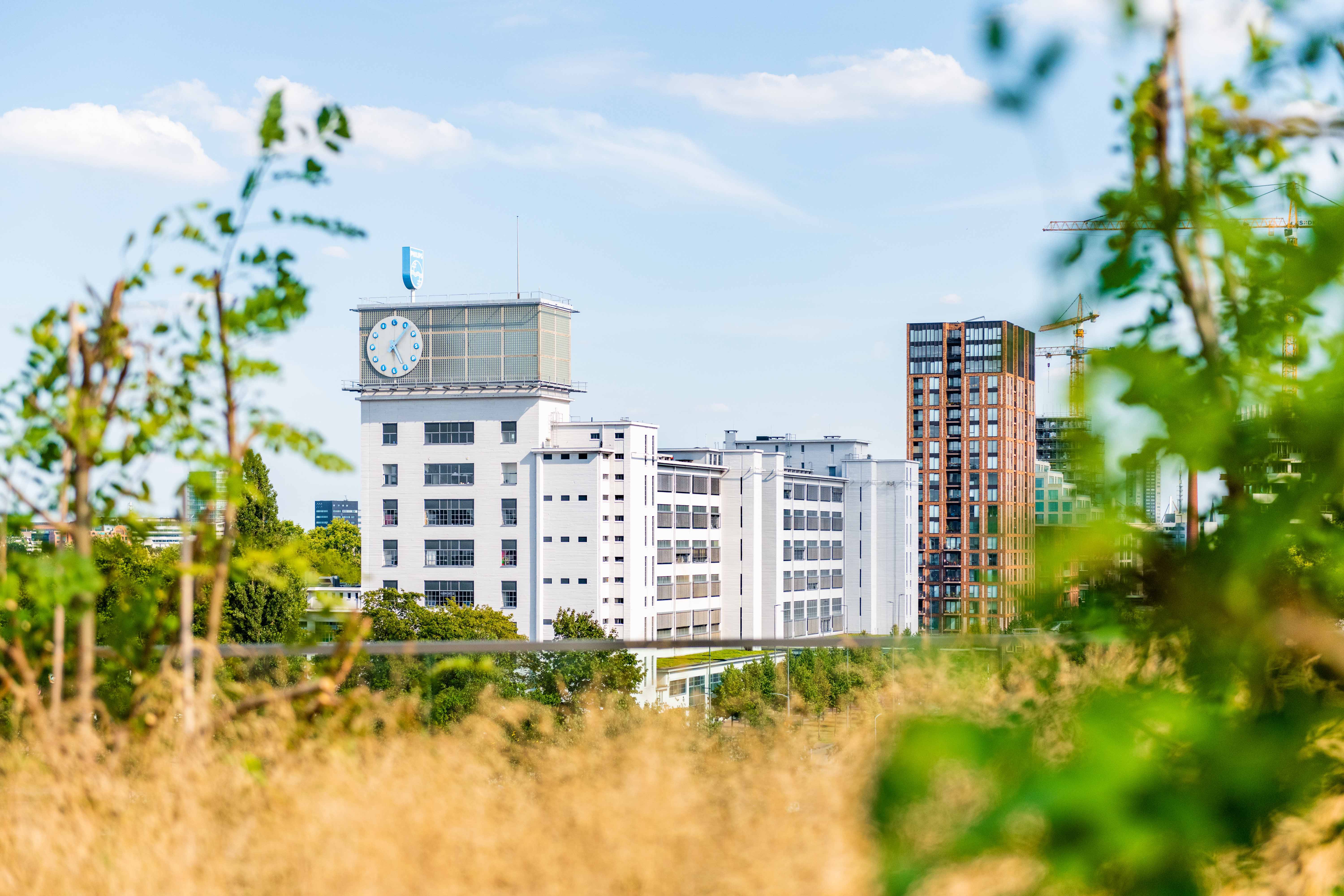 Klokgebouw at Strijp-S, a former Philips factory area, is now a trendy part of Eindhoven to live and work in | © Twycer

The MU Hybrid Art House, in another of the former factories in Strijp-S, also hosts regular interdisciplinary and boundary-pushing art exhibitions. Outside, the district’s walls are ideal for artists to showcase their talents, so they feature on Eindhoven’s insightful street art cycling tour. The three-hour tour also pauses at the Berenkuil – an area whose name translates as “the bear pit” – where it’s legal to spray walls, giving artists space for expression and development. 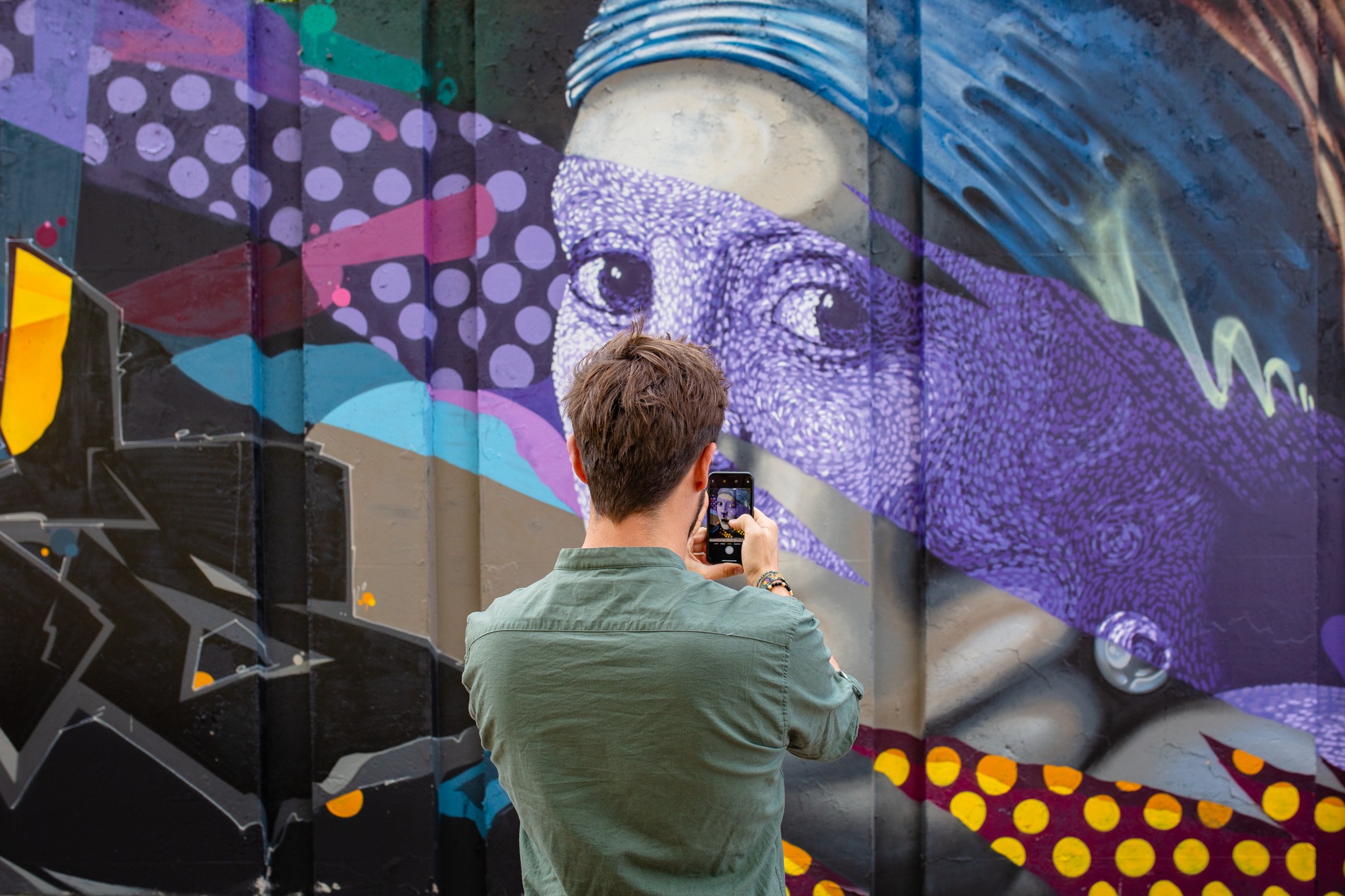 Serving similar purposes, tech entrepreneurs, designers and innovators can rent office space in the Strijp-T district. It’s a base for Brainport Eindhoven, which builds on the Philips tradition of fostering innovation through research and development. This investment has resulted in the foundation of companies such as ASML and NXP, the semiconductor specialists, and helped establish the region as one of Europe’s design and technology hubs. 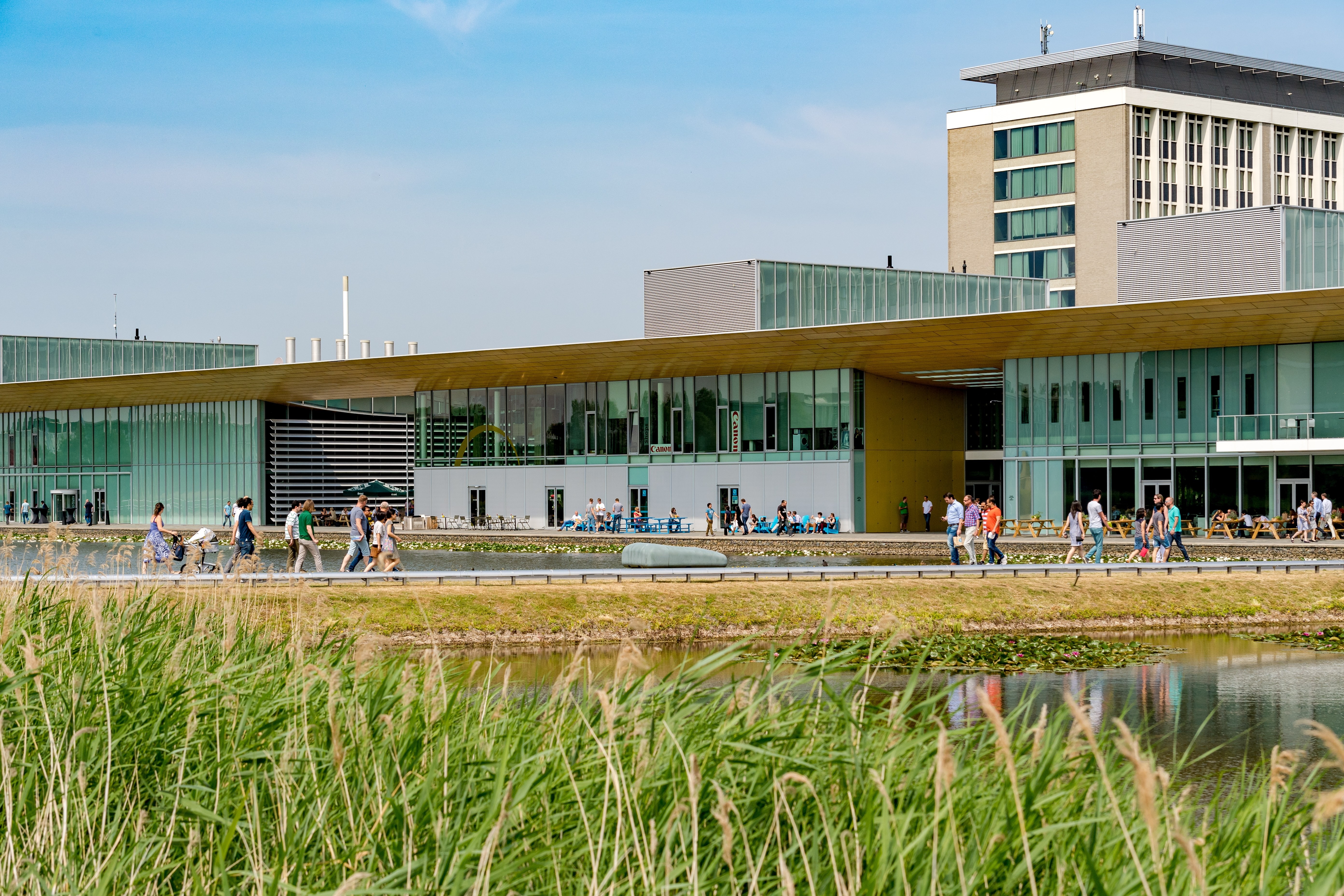 Eindhoven has evolved into one of the most inventive cities in Europe. The High Tech Campus makes a major contribution to this | © Paul Raats

It’s possible to experience the creative spirit of the city in the neighbouring Strijp-R district, where high-end furniture designer Piet Hein Eek is headquartered in a former ceramics workshop. The showroom is open seven days a week. Reservations are required to dine in the airy on-site restaurant, which is open from Tuesday to Sunday. 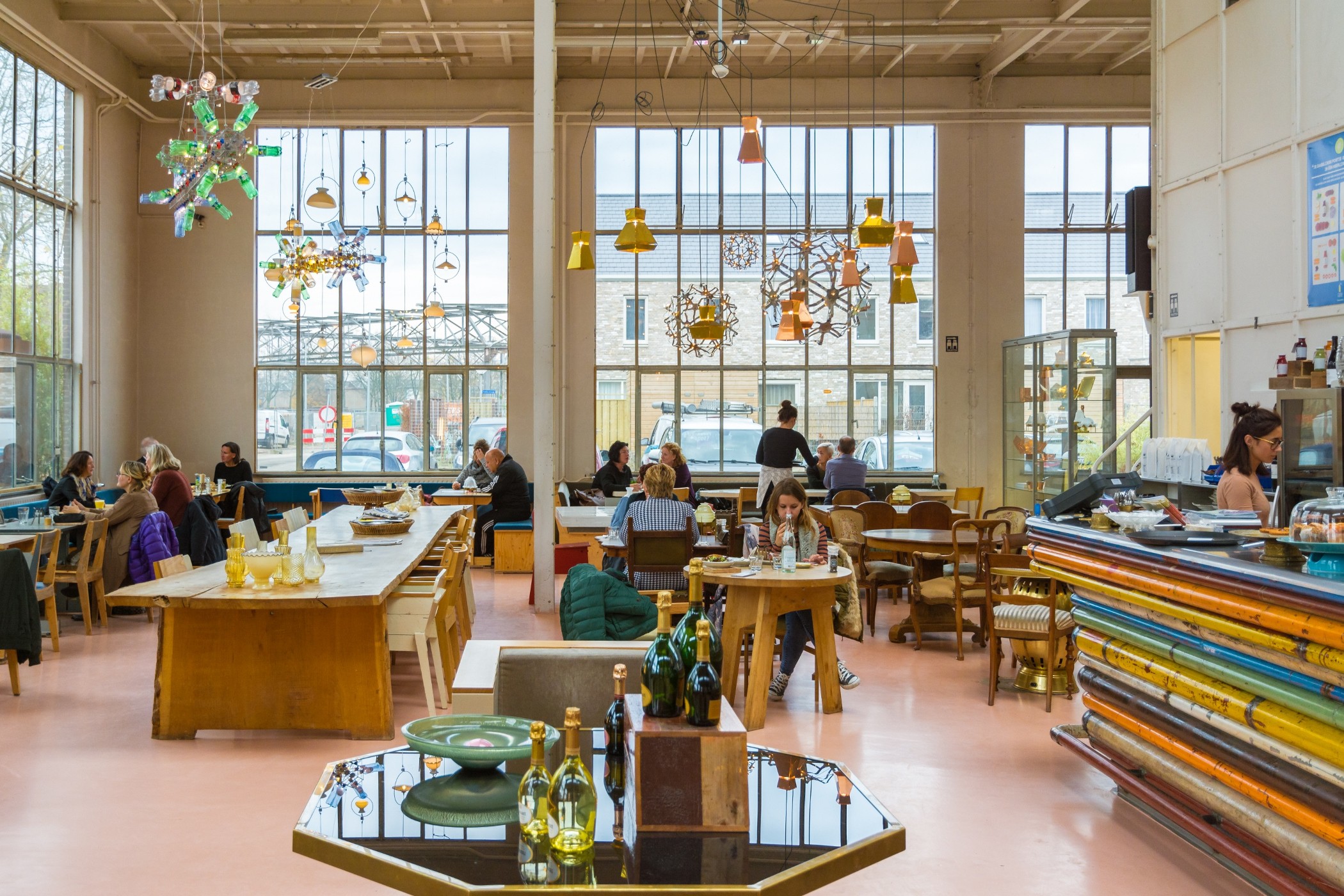 Likewise, creatives now use the industrial buildings at the Campina Site, a former dairy cooperative on the Eindhoven Canal, which is also used by the Design Academy Eindhoven to host annual graduation shows. This up-and-coming district can be visited for tours and workshops at the Bottle Distillery, and there’s a bar open from Wednesday to Sunday. The innovative Phood Kitchen restaurant serves delicious healthy dishes prepared using mushrooms cultivated in the cellar, vegetables grown using aquaponics and ingredients from urban farms. 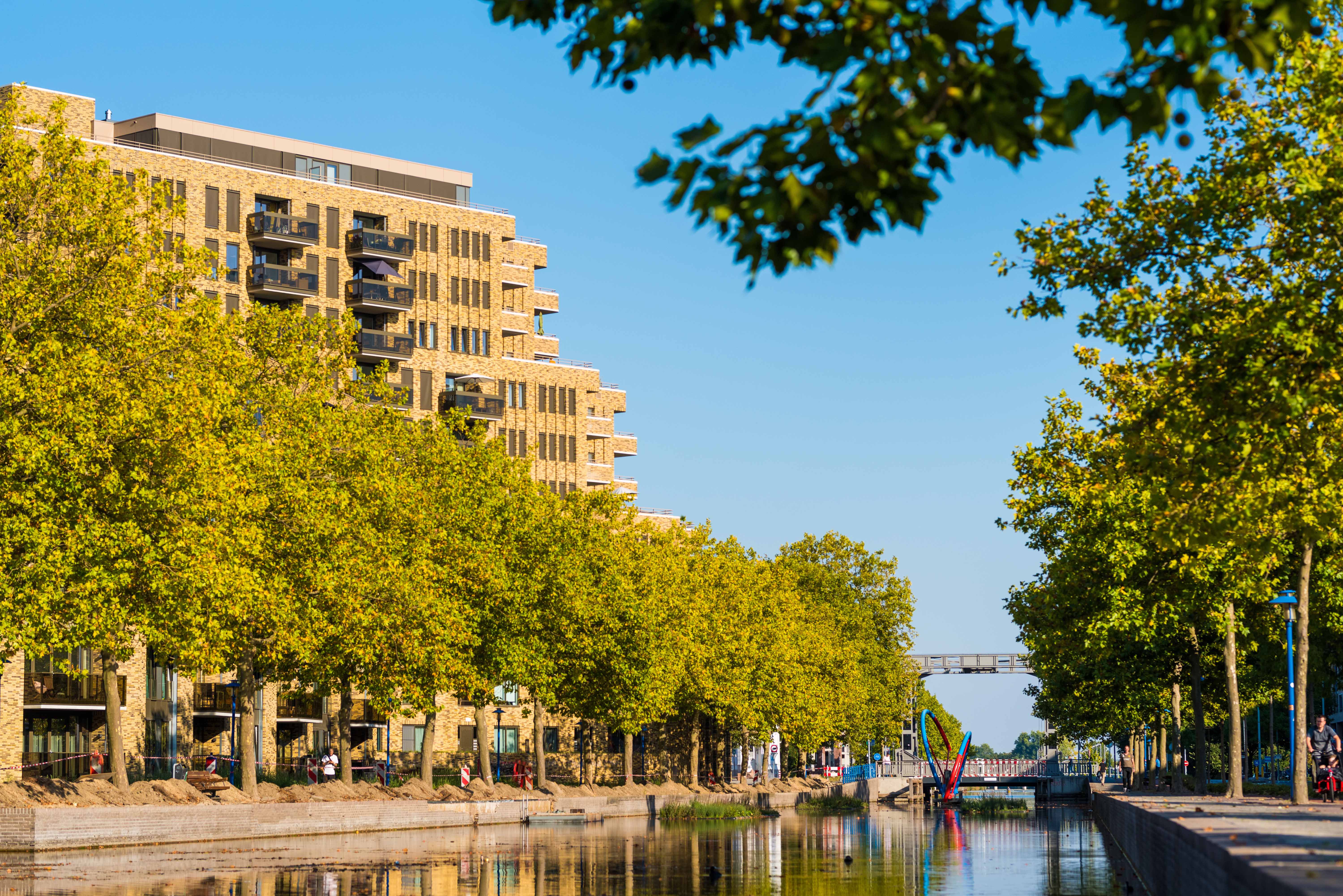 Canal Zone, an up-and-coming former factory area, is a hotspot for creatives with its innovative spaces | © Twycer

Eindhoven’s design credentials were bolstered in 2020 with the DomusDela’s nomination for the Royal Institute of Dutch Architects building of the year award. Elements of the historic Mariënhage monastery and Paterskerk church have been incorporated into the design of a boutique hotel with rooms styled by Wieneke van Gemeren. With a garden and brasserie-style restaurant, where the emphasis is on slow food, the DomusDela is, at least in part, conceived as a meeting place at the heart of the city.

Select façades within the urban core are illuminated each November when Eindhoven hosts Glow, one of Europe’s leading festivals of light art. Artists from around the world are invited to participate; typically, their installations are distributed along a 5km (3mi) circuit through the city, though the Covid-19 pandemic meant the 2020 event was much lower key. 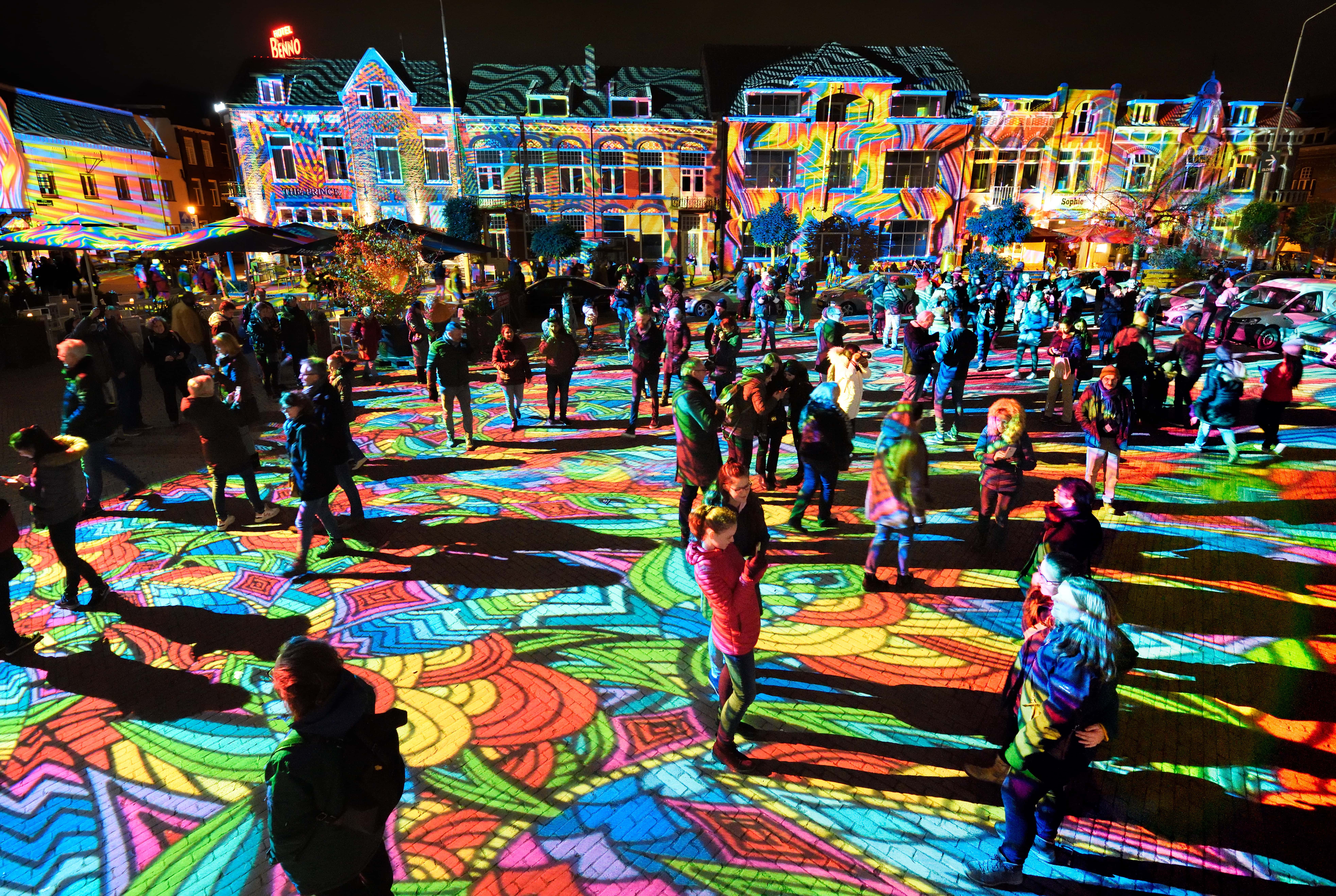 With plenty of bright spots and lightbulb moments ingrained in its heritage, Eindhoven’s creative vibe makes it an exciting place to explore and rediscover its legacy, no matter where you go.

If you’re visiting Eindhoven, you should follow Dutch government guidelines regarding behaviour to mitigate transmission of Covid-19 and check websites of individual attractions and businesses for possible restrictions to services and opening times.

5 Lovely And Hate Things When Coming to The Netherlands