Featuring fluffy ears, round heads, and spoon-shaped noses, koalas are mostly known for their adorable faces.
Also called koala bears because of their teddy bear-like appearance, koalas are marsupials, which means that they are born immature and develop further in the safety of a pouch in their mother’s belly.
Here are five amazing facts about these sleep-loving Australian tree dwellers. With sharp pointed claws and rough pads, koalas’ hands and feet are uniquely designed to hold on to tree branches.
Their front paws have five digits. Two of the digits oppose the other three like a pair of thumbs.
Each of their back paws have one large claw-less opposable digit, which allows them to grasp branches with their feet, freeing their hands to forage. Koalas spend about 10% of their day eating and the remaining 90% of their time sleeping. Oh, that life!
They usually sleep up to 18-20 hours a day.
However, even during sleep, koalas are pretty alert of anything unusual happening in their surroundings.
To accommodate so much sleeping in tree branches, koalas have a curved spine and extra thick fur. Koalas belong to a set of mammals that have fingerprints.
Furthermore, their fingerprints are similar to those of humans and it may be hard to distinguish between the two.
Although, koalas generally don’t make noise, they can sometimes scream or snore like humans. In fact, male koalas have a loud call during the breeding season that can be heard from about a kilometer away. 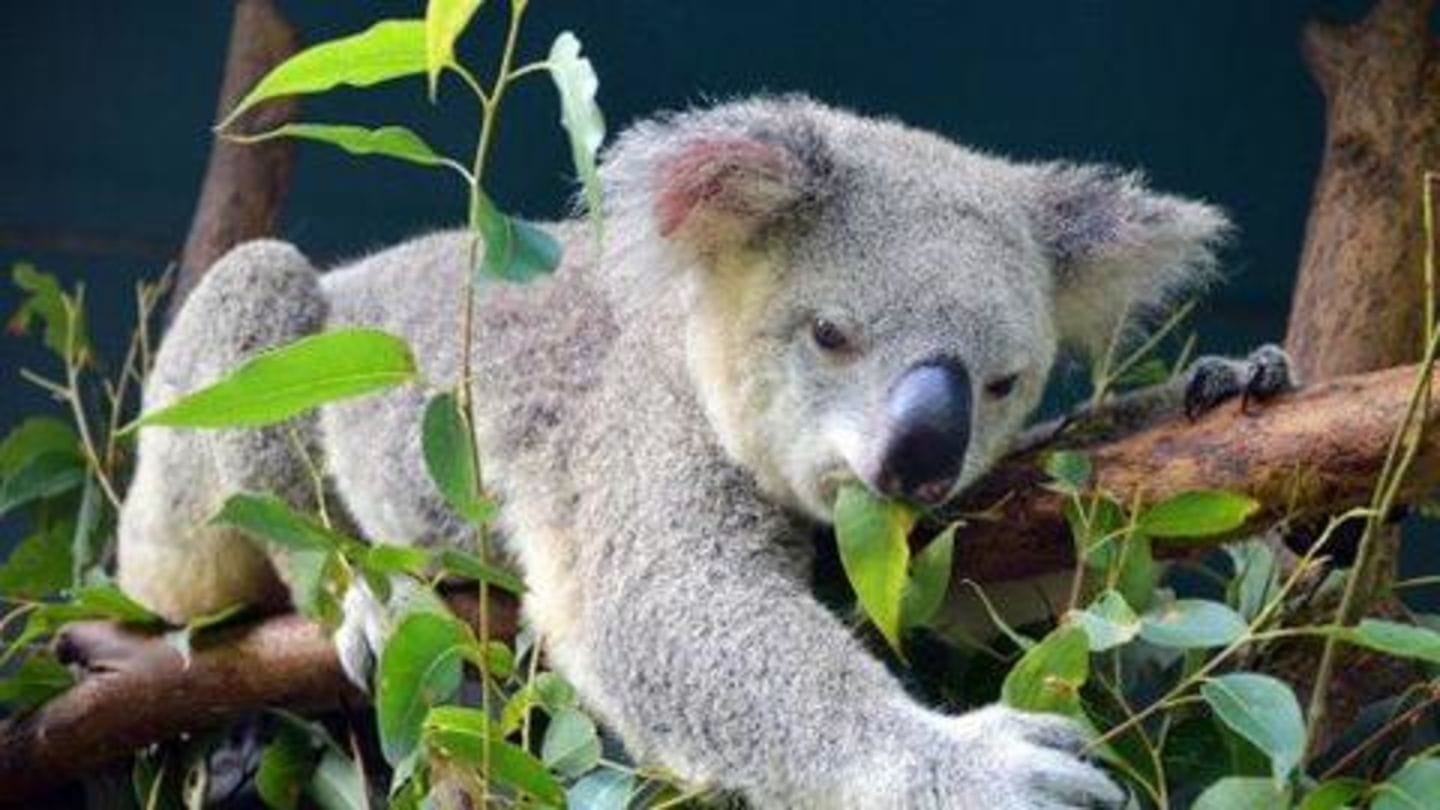 Koalas mainly eat eucalyptus leaves (gum leaves).
An adult koala eats somewhere between 200-500 grams of leaves each day.
However, koalas’ preference for these leaves varies during summers and winters.
During summers, they may prefer slightly more fluid and water content in the leaves they eat, while in winters, they go for lesser water content.
But, they hate dry leaves.

Fact #5: Sadly, their numbers are declining

Owing to fast-paced urbanization, deforestation, droughts, and forest fires, koalas’ habitat is quickly disappearing, which has made them vulnerable to diseases like chlamydia, dog attacks, and even vehicle strikes. However, Australia does have certain conservation plans in place, to save these cute creatures from extinction.

Hiking In Queensland: Top Spots To Enjoy An Enthralling Adventure In Australia